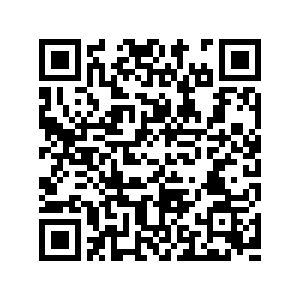 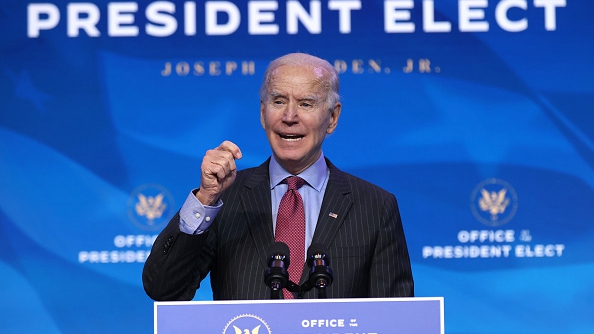 E pluribus unum - out of many, one. It is the United States' credo. Since last Wednesday, it appears to be a distant memory. Joe Biden's promise of reuniting the country will not be easy. But it will not be impossible either.

Division in America is nothing new. It is embedded in the nation's political system, and based on social, cultural and religious factors. However, the extent has significantly intensified as of late. And it has resulted in more than mere disagreements on politics but in the utter lack of a common cause or even collective national identity.

Last Wednesday's shocking and appalling events were a new low. The rage and enmity of many Trump supporters, who feel they were not only cheated out of an election but also their president, escalated. No matter how many courts dismissed the lawsuits, how many Republican states confirmed Biden's victory, the distortion of a rigged election was diligently proclaimed by many within the Make America Great Again movement – including the president himself. It led the metastasizing division into a horrid catharsis.

Biden now inherits more than 70 million Trump voters, many of whom will continue to believe he is an illegitimate president. But the events of January 6 allow America, in combination with Biden's presidency, to make change achievable. 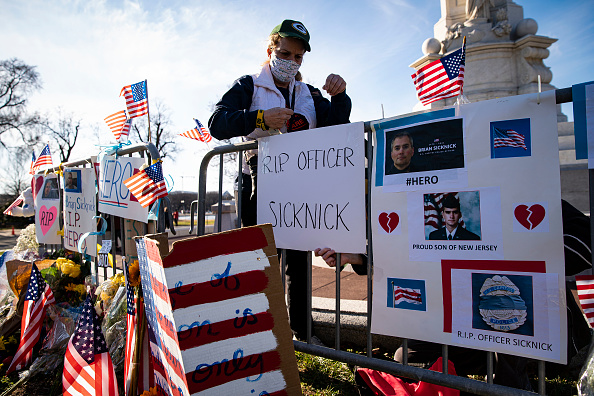 Anne Seymour, a crime victim advocate, adds a sign at a memorial for Brian Sicknick, the police officer who died from injuries sustained during the U.S. Capitol building siege in Washington, D.C., U.S., January 10, 2021 /Getty

Anne Seymour, a crime victim advocate, adds a sign at a memorial for Brian Sicknick, the police officer who died from injuries sustained during the U.S. Capitol building siege in Washington, D.C., U.S., January 10, 2021 /Getty

The latest dynamics are already indicating changes. The Trump administration is disintegrating. Aids and cabinet members are resigning. Former allies such as Mitch McConnell and Lindsey Graham are deserting the president over what transpired last Wednesday, and Congress is moving towards impeachment – again.

Even though it may seem as if individuals were simply fleeing the sinking ship, the self-cleansing of the Republican Party is noteworthy, nonetheless. Even a semi-cooperating GOP is a welcome sight in Washington's partisan war zone and an even stronger signal for the public, despite the successes of Raphael Warlock and Jon Ossoff in the runoff election in Georgia, which provides President-elect Biden a majority in the Senate and the House of Representatives for the next two years.

Biden has been wise to leave the left the door for cooperation wide open. He is not an ideologue, an unyielding, uncompromising individual. He will try to win over moderate Republicans in bipartisan efforts. It is imperative that both parties set an example and work hand in hand, as the challenges America faces are more significant than they have been in the past seventy-five years. Nothing less than "the soul of America," ​​as Biden put it, is at stake.

Moreover, Biden is turning his attention towards America's middle and working class, aiming to alleviate the socio-economic rift caused by income stagnation and loss of opportunity. Their vote only made the Trump presidency possible in 2016. Many of them had turned away from the Democratic Party.

Once in office, he will aim to offset globalization and technology's effects on America's middle- and working-class via an unprecedented infrastructure investment plan worth billions of dollars. It includes reforming the financial and tax system and creating millions of new jobs, including union jobs, building broadband and replacing America's crumbling infrastructure.

Moreover, Biden seeks to improve access to healthcare, programs such as childcare, paid leave, student-debt forgiveness, free college for those with incomes under $125,000 and a stronger safety net. It will mark a significant transition into a new direction.

Whether divided, Biden or Trump voter, these aforementioned factors remain a priority for Americans. And if the new president delivers, he will have the opportunity to bridge the gap of animosity between the people with the hope of a more tranquil political climate.

Yes, Biden's plan is highly ambitious while the nation is facing uncertain times. But anyone who knows Biden's life story is acutely aware that even crises that would have had many capitulate had him pull through. It will not be different this time.