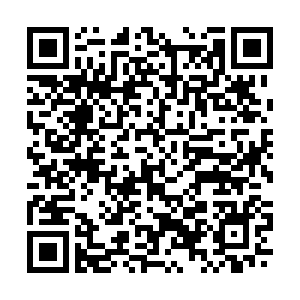 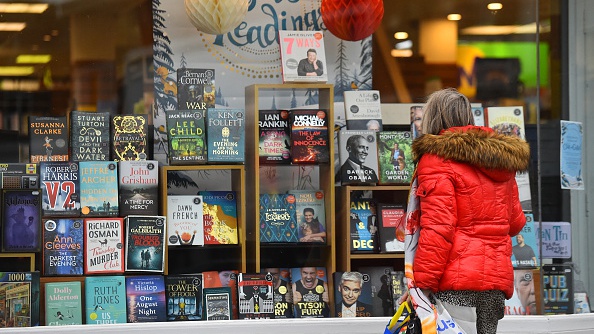 For years, experts predicted the death of the book, as people turned increasingly to other sources of entertainment. But one unexpected side effect of the COVID-19 pandemic has been renewed interest in paperbacks and novels as readers have sought to escape the real world.

In France, bookshop sales jumped by 32 percent in June compared to the same month the previous year, and by 35 percent in December, according to the Syndicat de la Librairie Francaise (SLF), the French booksellers' association. In both cases, this came immediately after a long period of lockdown.

In Germany, sales in the weeks leading up to Christmas were up to 25 percent higher than in 2019. And in brick-and-mortar bookshops – as opposed to online stores – the figure rose by a whopping 70 percent on December 14, two days before the country was due to enter a second lockdown, the German book trade association reported last week.

Already in May, as Europe emerged from the first wave of COVID-19, Nielsen Book reported that 41 percent of UK adults were reading more books and that the nation as a whole had doubled the amount of time spent reading – from about 3.5 hours to 6 hours per week on average.

In Barcelona meanwhile, new independent bookshops actually opened during the pandemic, even as businesses worldwide struggled to stay afloat amid lengthy closures and curfews, The Guardian reported.

"People have definitely been reading more since the beginning of the coronavirus pandemic," Thomas Zehetner, managing director in Austria for Thalia, one of the leading book chains in German-speaking countries, said in emailed comments to CGTN.

"Books serve an important function in times of crisis: they don't just offer occupation, they also facilitate learning and keep you grounded," he said.

According to Nielsen Book, the main reasons people gave for reading more during the pandemic were "more spare time," "to keep entertained" and as "an escape from the crisis." 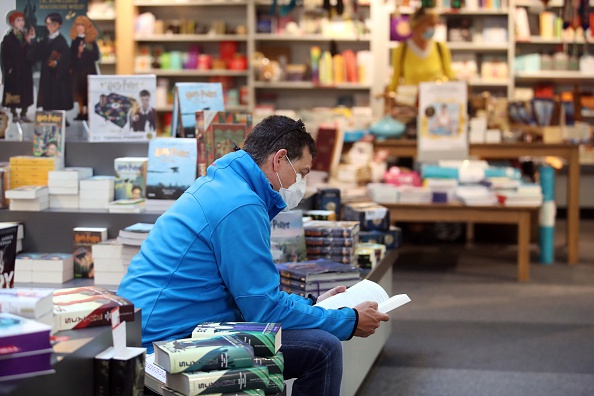 People comb through books at the Hugendubel bookshop in Frankfurt am Main, Germany, April 25, 2020. /Getty

People comb through books at the Hugendubel bookshop in Frankfurt am Main, Germany, April 25, 2020. /Getty

The survey added there was little appetite for dystopian fiction or titles relating to the pandemic – a clear indication that readers were eager to take a break from the reality of a health crisis, mounting death tolls and uncertain paychecks, and keen to curl up instead with a novel or biography and escape for a few hours to a different world.

In France, novels, literature, practical guides and comic books were the only categories to sell better than the previous year and made up half of all sales in 2020, according to the SLF. As the French daily Le Monde put it in a headline: "Books are a refuge."

"The positive effect of reading on people's minds is undisputed. So, particularly in turbulent times, the desire and the need for spiritual nourishment remain high," noted Zehetner.

This renewed enthusiasm for reading was also seen in Switzerland.

"During the partial lockdown in the spring, a part of the population that had somewhat neglected books and reading came back to it," Pascal Vandenberghe, CEO of Swiss bookstore chain Payot, told CGTN. Moreover, with museums, theaters and concert houses closed, "books became one of the only ways to access culture," he said.

Payot actually ended 2020 with a sales total that was 2.1 percent higher than in 2019, and this despite its branches being shut for over two months in the spring.

"During the first wave of COVID, we saw online sales explode," according to Vandenberghe. This helped the chain offset 40 percent of the business it would usually have made from physical bookshops.

Zehetner also noted that while Thalia's branches were closed, "business continued online, and on a scale never seen before."

But although online stores and e-books afforded easy access during a time when it was difficult to leave home, readers were clearly eager to leaf through volumes again and returned in droves to brick-and-mortar bookstores as soon as they were allowed out. 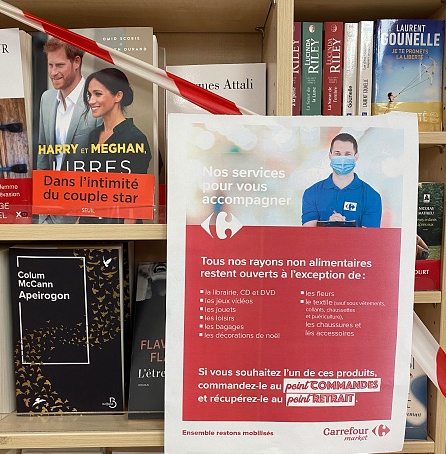 A 'non-essential' book section is barred at a Carrefour store during lockdown in Paris, France, November 27, 2020. /Getty

A 'non-essential' book section is barred at a Carrefour store during lockdown in Paris, France, November 27, 2020. /Getty

Payot's in-store sales shot up by more than 15 percent in May after lockdown restrictions were relaxed, and remained strong for the rest of the year, said Vandenberghe.

The SLF credited the "massive return of readers to bookshops" following France's two lockdowns with helping the sector record just a 3.3-percent drop over 12 months compared to 2019 – even though shops were shut for a quarter of the year.

In England, reports described delighted customers and staff as books flew off the shelves in the first week after lockdown was lifted in June.

More than just businesses selling a commodity, bookshops are cultural venues and meeting places where book lovers can find like-minded people and ask staff for recommendations, lending a personal touch that doesn't exist when shopping online, one French sociologist explained.

The German book trade association noted that had it not been for new closures in December, enthusiastic readers would have helped the book trade completely recoup losses from the previous shutdown earlier in the year.

Just how eager people were to browse new titles and upgrade their personal libraries could be seen in the outcry that greeted the announcement in October, as France entered a new lockdown, that while supermarkets and businesses like hardware stores could remain open, bookshops and libraries were deemed "non-essential."

Like a good page-turner, this book revival may have been brewing for some time. Vandenberghe noted that Payot already started seeing a growth in sales in 2018 and 2019, unlike other sectors in Switzerland and despite foreign online platforms becoming more and more important.

Thalia launched a campaign two years ago to get more people reading. "Netflix instead of imagination, quick scrolling instead of deep exploration: many people have forgotten how to delve deeply into issues and let their own stories develop in their head," noted Zehetner. 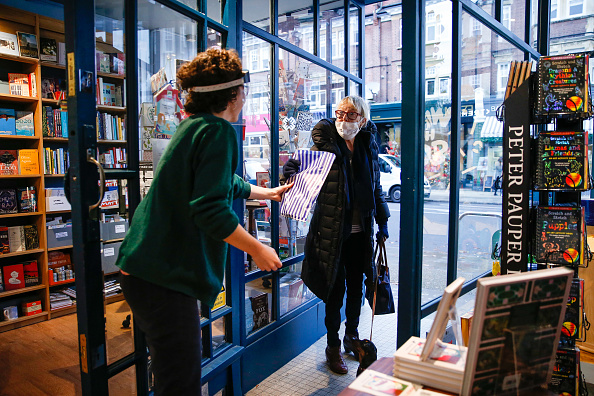 A bookseller at Barnes Bookshop hands a 'click and collect' order to a customer at the entrance to the shop in London, UK, November 11, 2020. /Bloomberg via Getty

A bookseller at Barnes Bookshop hands a 'click and collect' order to a customer at the entrance to the shop in London, UK, November 11, 2020. /Bloomberg via Getty

To a degree, the pandemic – which brought much of the world to a halt – helped them achieve their goals by compelling people to slow down and rediscover simple pleasures, such as reading a good story and spending quality time with family and friends.

The past year also forced booksellers to find innovative ways to keep their business going. FNAC retailers in France began offering one-hour "Click & Collect" services, allowing customers to order their books or CDs online and pick them up at their nearest shop. Thalia set up pick-up boxes in Austrian train stations to allow people to get their orders outside business hours. And in the UK, Bookshop.org, a platform for independent bookshops, was launched in November as an answer to giants like Amazon.

Looking ahead, especially with COVID-19 not yet out of the way, bookshops are already thinking of new ways to draw readers, old or new.

"Our goal is to make access to stories even easier," said Zehetner, noting the "enormous encouragement" they received from customers in 2020.

With lockdowns still in place or again on the horizon in many countries, it has been an inauspicious start to the year for many booksellers.

But having witnessed a global health crisis, people in the industry are adamant the book – and the bookshop – are here to stay.

"Those who have predicted (for decades!) the 'end of the book' are prophets of doom, and nothing has ever shown that their forecasts were correct," Vandenberghe told CGTN.