Download
Cuba is a state sponsor of international solidarity, not terror
Bradley Blankenship 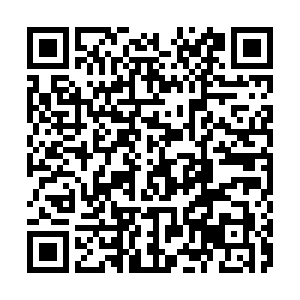 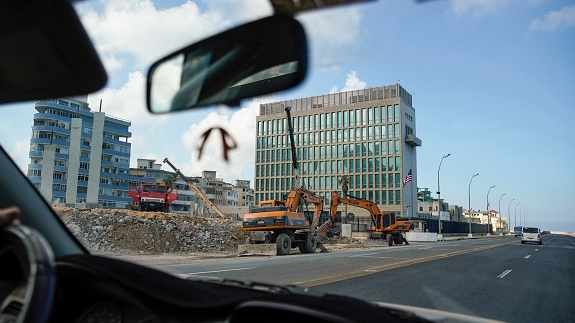 On January 11, the outgoing administration of U.S. President Donald Trump designated Cuba as a state sponsor of terror in a move that will virtually freeze relations between Washington and Havana just days before President-elect Joe Biden takes office. It is expected that Biden, like former President Barack Obama whom he served under as vice president, will seek dialogue with Cuba – but that will be made even more difficult after this decision.

The decision itself represents a return to the Cold War-style bloc thinking that divided the world for generations. Even on the same day that this decision was relayed by the State Department, U.S. Secretary of State Mike Pompeo invoked the Cold War during a speech to Voice of America (VOA), saying that American institutions became weaker after the Cold War and lost their vision of defending so-called American exceptionalism.

"It's not fake news for you to broadcast that this is the greatest nation the world has ever known," Pompeo said during the speech. "I'm not saying ignore our faults. Acknowledge them. But this isn't the Voice of America, focusing on everything that's wrong with our great nation. It certainly isn't the place to give authoritarian regimes in Beijing or Tehran a platform."

America is weaker because it somehow let its guard down, and organizations like VOA became less entrenched and even began "demeaning America" instead of promoting America, according to Pompeo. In essence, Pompeo called for VOA – as well as anyone who had the misfortune to hear him – to return to a Cold War mentality.

Pompeo may do well to understand that the world is beyond such bloc thinking. Despite the fact that the United States still maintains a criminal embargo against Cuba, today's world is interconnected in ways unthinkable even mere decades ago. American allies, like those in the European Union (EU), also know better than to follow the same dark path that divided their continent and the entire world for the better part of a century.

The fact is that going back to such times would be as impossible as it is undesirable. Instead, pragmatic engagement, even between nations with ideological disagreements, is the only path forward. 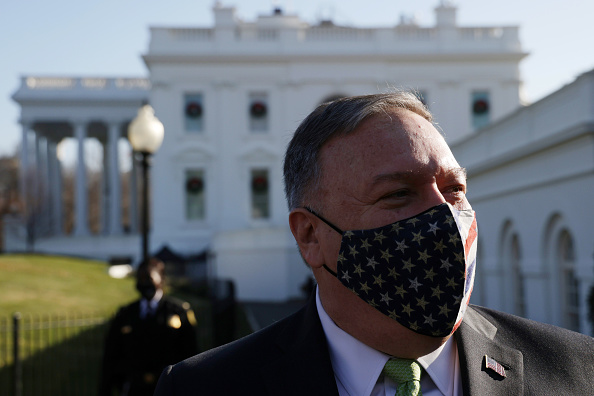 Cuba has survived countless transgressions by the United States and will undoubtedly survive this latest move. The very fact that an independent socialist nation like Cuba can exist at the doorstep of the United States for as long as it has speaks to the strength of the political system that Washington continually tries to undermine.

Subversion by Washington has always fallen flat because attempts to make Cuba "free" through American aggression are contradictory. Cuba is a freer and more prosperous place today precisely because it shed off the chains of American imperialism – and civil society understands this clearly. The numbers on Cuba's meteoric rise in living standards, literacy, reduction of morbidity and other key indicators speak volumes for themselves.

More than anything, however, the designation of Cuba as a state sponsor of terrorism flies directly in the face of reality. Cuba's internationalist position on foreign aid and development cooperation has been clear for decades and Cuban medical teams, for example, were nominated for the 2021 Nobel Peace Prize by countless organizations and individuals across the world (including in the U.S.) for their assistance in combating the COVID-19 pandemic.

This is not even an exceptional year for Cuba and its sense of internationalism by any means. For decades, Cuba has been sending tens of thousands of doctors around the world and fighting on the front lines of every major catastrophic event and disease outbreak in modern times. As former Cuban leader Fidel Castro said in 2003 in Buenos Aires, "Doctors, not bombs. Doctors, not smart weapons.”

This is exactly the opposite of American internationalism, which is defined by its genuine brutality and lack of humanitarianism; for example, the myriad unilateral sanctions that continue to strangle innocent people as the world grapples with the COVID-19 pandemic simply in the name of Washington's geopolitical interests. Such behavior constitutes the literal definition of terrorism.

Cuba is not a state sponsor of terror, but rather a state sponsor of international solidarity. The incoming Biden administration needs to step away from ideology and into reality in order to undo the damage done by President Donald Trump and cultivate long-lasting, fruitful relations with Cuba – because Cuba and its independent government aren't going anywhere.