Download
Impeachment is a necessity but not without potential consequences
Thomas O. Falk 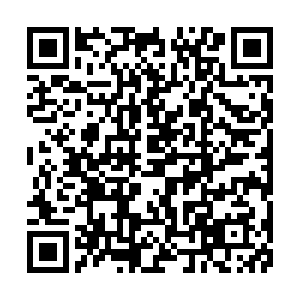 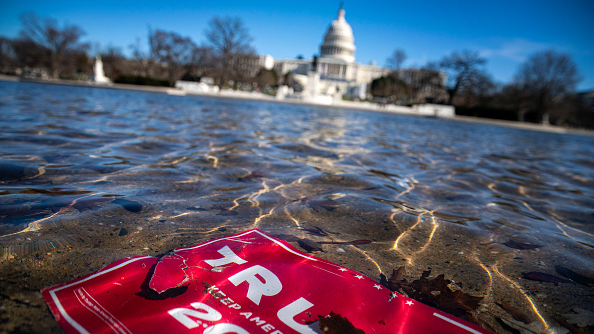 A campaign sign for U.S. President Donald Trump lies beneath water in the Capitol Reflecting Pool, near the West Front of the U.S. Capitol, January 9, 2021 in Washington, D.C. /Getty

A campaign sign for U.S. President Donald Trump lies beneath water in the Capitol Reflecting Pool, near the West Front of the U.S. Capitol, January 9, 2021 in Washington, D.C. /Getty

Democrats in the House of Representatives have introduced an article of impeachment against President Donald Trump for "inciting violence against the government of the United States."

The resolution also includes a reference to the 14th Amendment, which prohibits anyone "engaged in insurrection or rebellion" against the United States from holding future office, and is said to be voted on as early as January 13 if the president does not resign or Vice President Mike Pence invokes the 25th Amendment.

However, with proceedings unlikely to conclude before January 20, the question of whether or not a second impeachment trial against Donald Trump is coherent should not merely be elucidated via a yes or no response.

Democrats rightfully seek to hold Trump accountable. The president's behavior instigated the events that transpired in and around the Capitol. It was he who, the very morning of those heinous acts, proclaimed the falsehood that Congress and Mike Pence had the power to overturn the election results. It was he who, during his tenure, continuously attempted to erode America's norms and constitutional guardrails, all culminating in his magnum opus of division: an allegedly stolen election.

So far, the emotional point of view.

From a realist point of view, one must consider that a successful impeachment will be time-consuming while interrupting President-elect Joe Biden's start in office, all during a health and economic crisis that necessitates the Congress' and the White Houses' undivided attention. There's also the question of how meaningful an impeachment can be if Trump, at that stage, will likely be spending most of his time at his Mar-a-Lago golf club. 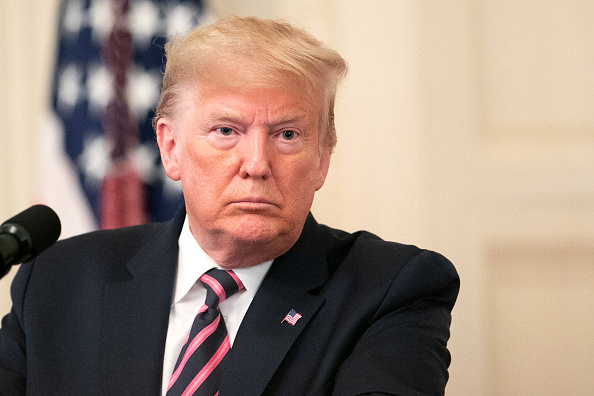 U.S. President Donald Trump speaks in the East Room of the White House one day after the U.S. Senate acquitted on two articles of impeachment, in Washington, D.C., February 6, 2020. /Getty

U.S. President Donald Trump speaks in the East Room of the White House one day after the U.S. Senate acquitted on two articles of impeachment, in Washington, D.C., February 6, 2020. /Getty

And what happens if Trump gets acquitted for the second time in the Senate? Yes, the House will undoubtedly impeach, but an acquittal is all but likely, given the two-thirds majority required. While Democrats now hold a majority in the Senate (via Vice President-elect Kamala Harris' tie-breaking vote), at least 17 Republicans would have to vote with the 50 Senate Democrats to satisfy the two-thirds stipulation, i.e., 67 out of 100. Unlike during the Ukraine trial, Republicans cannot anticipate a united front, but 17 remains a tricky hurdle nonetheless.

However, the assault on the Capitol was so despicable that uncertainty ought to be a secondary concern compared to the symbolism an impeachment carries and the correlating self-preservation it aims to provide. On the streets and in the Oval Office, the perpetrators must be publicly condemned and held responsible.

In Trump's case, the latter would be satisfied by banning him from office. It is fair to presume that a second impeachment will not make a difference once he returns to his life as a civilian. However, since he has contemplated running in 2024, impeachment and a correlating ban would indeed serve as a form of punishment.

Moreover, in this scenario, he would likely lose privileges former presidents usually enjoy (e.g., lifelong Secret Service protection, pension). Such a decision could help deter future candidates who seek to exploit the existing Trump structures and ride on a wave of populism on the expense of the Constitution in 2024.

Most importantly, a successful impeachment would be a powerful signal that violating the Constitution and instigating violence as the United States' sitting president comes at a high price and will never be ignored.

At the same time, the latter refers one back to the aforementioned issue of conducting a successful impeachment. What if the Senate cannot provide 17 Republicans who feel obliged to adhere to their oath of office and hold President Trump accountable?

The damage the Constitution and the office of the presidency would endure cannot be overstated. After all, the message an acquittal sends is that the president's post-election conduct was acceptable.

Impeaching Trump is hence a question of whether or not the benefits outweigh the risk. And while Democrats will try to provide their answer this week, the final assessment will remain outstanding for the time being.