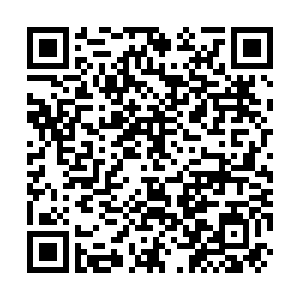 Shijiazhuang of north China's Hebei Province started a second round of mass nucleic acid tests for its residents on Monday, with residents in key areas among the first group.

The city's biggest shopping mall was designated a medium-risk area on Sunday, when it was found that one confirmed case had visited the location on January 1.

Now, people living in the residential complex above the mall are receiving their second swab tests.

The mall has been closed since January 5 at the request of the local government, and the managing company of the mall has shifted its focus to pandemic control. A garage has been set aside for the tests.

"Anti-pandemic control is now our priority. Our residents have enough supplies so far," said Shen Haisong, head of the temporary anti-pandemic team established by the owner of the shopping mall.

Four medical staff members from a local hospital are there to collect samples and are aided in their efforts by smart tech.

"At many testing spots, including this one, we've adopted a pooling method, putting every five samples into one test tube. This app allows us to scan individuals' IDs and test tube codes, which will greatly increase efficiency," said Dr. Guo Duan from Hebei Reproductive and Maternity Hospital.

Right now, testing is only focused on noted risk areas and particular groups of residents, but will soon be expanded citywide. City officials say this round of testing will be completed in two days.

It took Shijiazhuang three days to finish the first round of sweeping tests. A total of 364 people tested positive for COVID-19, mostly in Gaocheng District of the city.

All confirmed cases are now being treated in Hebei Chest Hospital.

The city authority has extended the lockdown measures for another seven days, and shut down public transport on Saturday.

A temporary lab was built in the city to help with the testing work. Hospitals and labs have been mobilized to send personnel and equipment to help fight COVID-19 in Shijiazhuang. With the aid, Hebei Province is able to test over seven million nucleic acid samples a day.