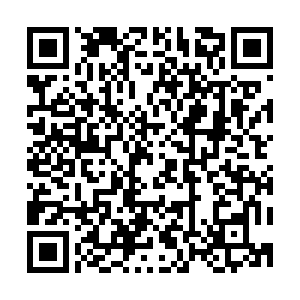 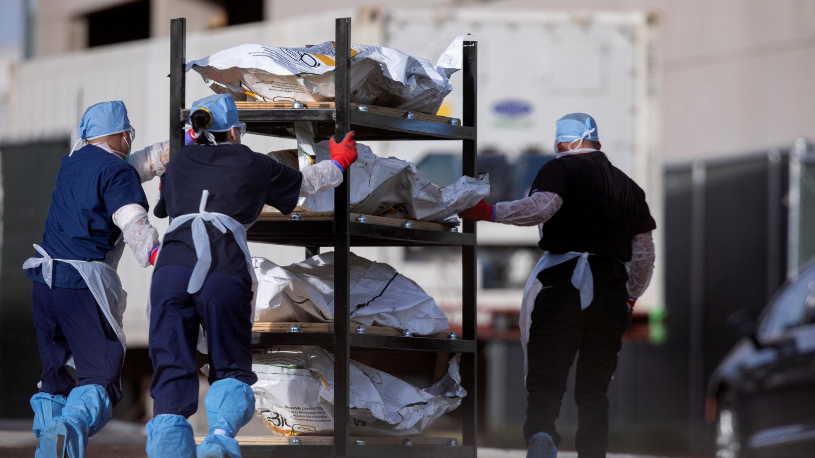 Medical staff roll bodies that are in bags labeled "COVID" from refrigerated trailers into the morgue in Texas, U.S., November 23, 2020. /Reuters

Medical staff roll bodies that are in bags labeled "COVID" from refrigerated trailers into the morgue in Texas, U.S., November 23, 2020. /Reuters

The U.S. lost more than 22,000 lives to COVID-19 last week, setting a record for the second week in a row, as new cases also hit a weekly high.

Cumulatively, nearly 375,000 people in the country have died from the novel coronavirus, or one in every 873 residents. The total could rise to more than 567,000 by April 1, according to a forecast from the Institute for Health Metrics and Evaluation (IHME).

California was the state with the most deaths at 3,315 in the week ended January 10, or about eight out of every 100,000 people, up 44 percent from the prior week, according to a Reuters analysis of state and county reports.

"By the end of this month, we'll have infected probably about 30 percent of the American public and maybe vaccinated another 10 percent, notwithstanding the very difficult rollout of the vaccine," Gottleib told CNBC on Friday. "You're starting to get to levels of prior exposure in the population where the virus isn't going to spread as readily."

Across the U.S., 13.4 percent of the tests came back positive for the virus, down from 13.6 percent the prior week, according to data from the volunteer-run COVID Tracking Project. The highest rates were in Iowa at 59 percent, Idaho at 54 percent and Alabama at 45 percent.