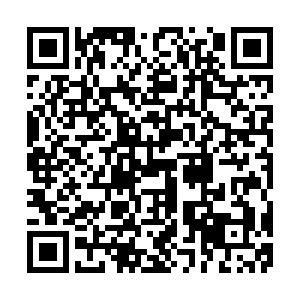 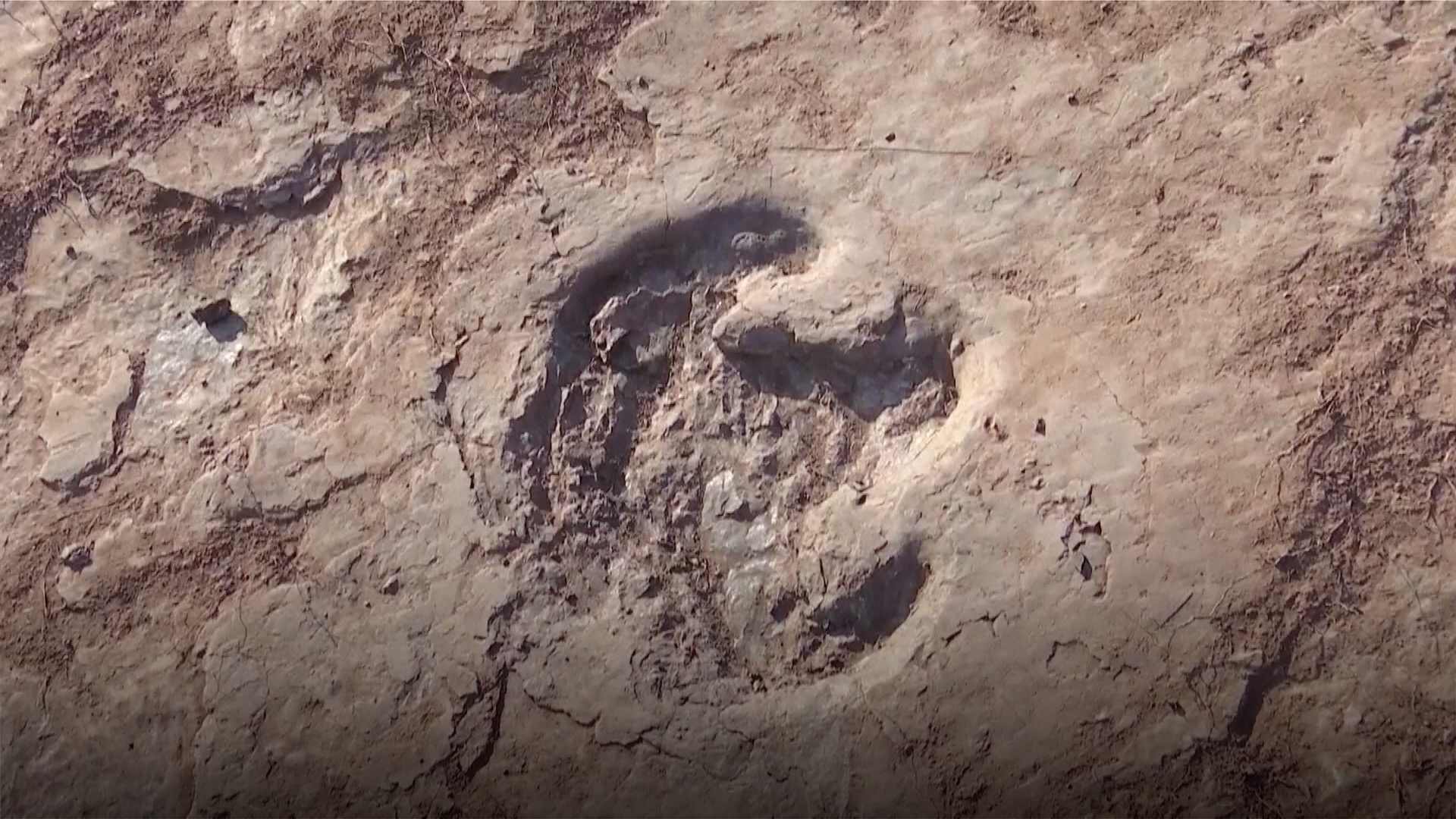 About 240 fossil dinosaur footprints, dating back to about 80 million years ago in the Late Cretaceous period, were discovered in southeast China's Fujian Province, the local government announced on Tuesday.

Covering 1,600 square meters in Shanghang County of Longyan City, it was the first discovery of dinosaur tracks in the province, as well as the best-preserved, the largest in area, and the highest in diversity among all the dinosaur track sites in the country.

The footprints range from 8 to 55 centimeters in length, covering at least eight species of track makers, form phytophagous sauropod and large tridactyl theropod, to didactyl deinonychosauria and small ornithopod. 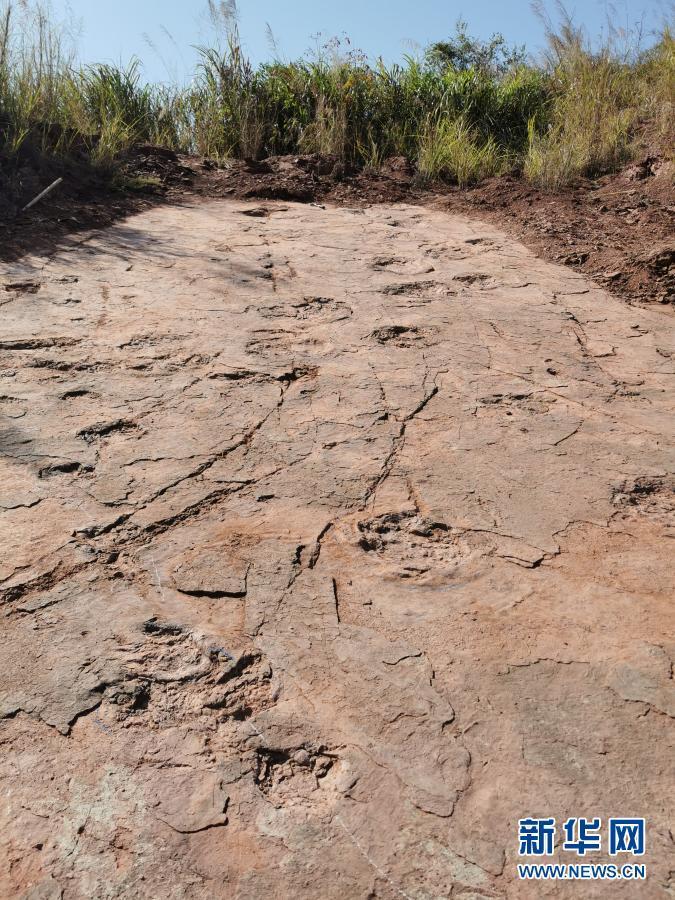 Many of the dinosaur footprints are well-preserved with clear patterns, and could provide information such as their walking speed.

The layer where the tracks are located has rich sedimentary structures and fossils of remains, such as wave marks and insect traces, which can provide insights into the dinosaurs' drinking and eating habits on ​​the lakeside during the dry season.

This discovery is of great value for studying the paleoenvironment, paleogeography and paleoecology, as well as the distribution and evolution of dinosaur fauna of the Late Cretaceous period, said Xing Lida, associate professor at Beijing-based China University of Geosciences, who participated in the discovery. 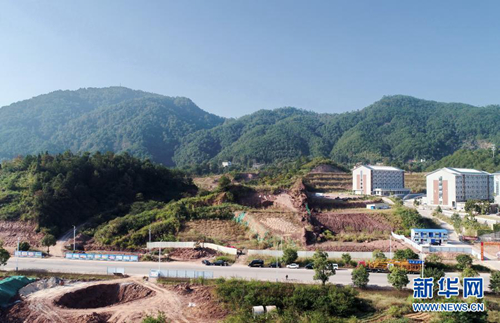 It is a good start for the further discovery of dinosaur fossils in Fujian Province, said Peng Guangzhao, a member of the National Paleontological Fossil Expert Committee and former curator of Zigong Dinosaur Museum in southwest China's Sichuan Province.

He believes more dinosaur fossils may be discovered in the future, not only dinosaur footprints, but also dinosaur bones, and even fossil dinosaur eggs.

The Fujian government has taken measures to protect the area, to ensure the smooth undertaking of scientific investigation and to prevent wind erosion and other potential damage.