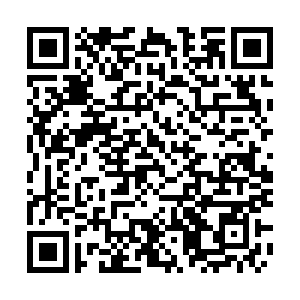 China's COVID-19 vaccine developed by Sinovac Biotech may become a new candidate and be subjected to evaluation by the European Union (EU), Nicola Magrini, general director of the Italian Medicines Agency, told media on Wednesday.

Magrini said it will be necessary to see if the vaccine's data meets EU requirements and it could become another candidate once the studies have been evaluated.

Since last month, three Southeast Asian countries including Indonesia, the Philippines and Thailand have separately announced plans to roll out COVID-19 vaccines from Sinovac.

Sinovac's chairman and CEO Yin Weidong said in a press briefing on Wednesday that the vaccine has been found to be safe and effective. Interim data from a late-stage trial in Turkey showed the vaccine to be 91.25 percent effective, while it showed an efficacy of 64.5 percent in Indonesia, according to Yin.

Over seven million doses of the Sinovac vaccine have been distributed across the Chinese mainland and the company is seeking conditional approval to the market. Sinovac has an annual production capacity of 500 million doses and passed the quality review of five countries including Brazil and Turkey.

EU member states have taken a step-wise procedure to inoculate its people since December 27. EU Commission chief Ursula von der Leyen confirmed that the planned timetable for the start of inoculations will cover 450 million citizens.

As of now, the EU has approved two vaccines against COVID-19, one developed by Pfizer/BioNTech cleared last month and the other developed by Moderna approved on January 6, amid the worsening COVID-19 situation in European countries.

In addition to the two approved vaccines, Germany also expects a third one, developed by Oxford University and AstraZeneca that has been cleared for use in UK, to relieve the intensifying pressure of slow inoculation progress in the EU.

More than 350,000 people in the EU have died from COVID-19. The European Medicines Agency has approved the Pfizer/BioNTech vaccine for general public use.