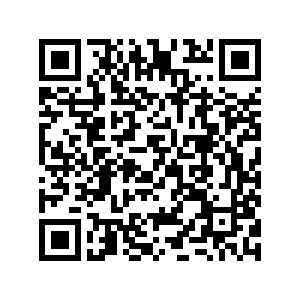 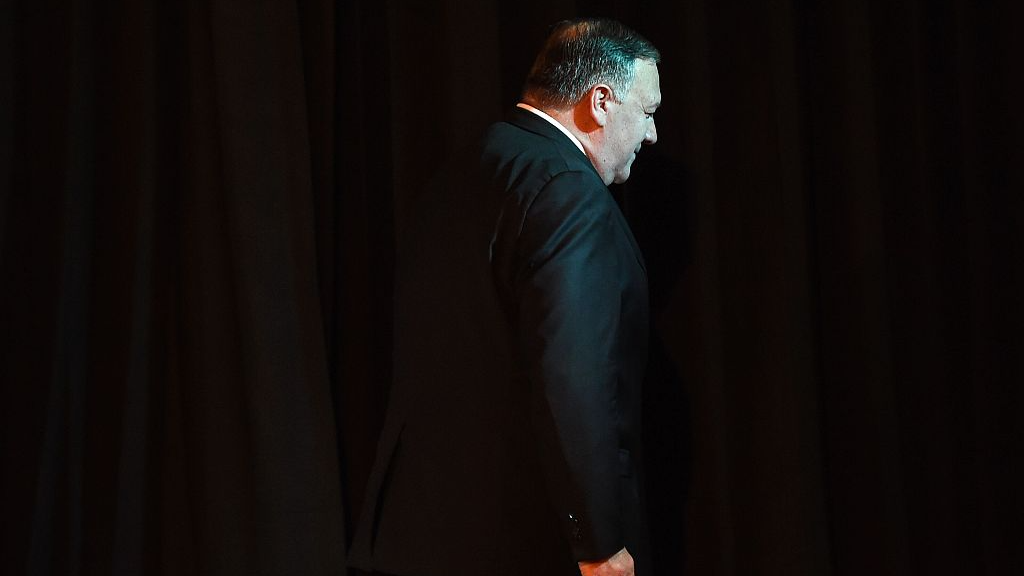 U.S. Secretary of State Mike Pompeo abruptly cancelled his trip to Europe on January 12 after top European Union (EU) officials refused to meet him. According to a report by Reuters quoting diplomatic sources, European allies were "embarrassed" by the U.S. head diplomat after the U.S. Capitol riot that took place the previous week.

Officially, however, the State Department has attributed this embarrassing change of plans to transition work for the incoming administration of President-elect Joe Biden.

The real truth is that key American allies gave Uncle Sam the cold shoulder because of the actions of the administration and, of course, its top diplomat. Just as the administration of U.S. President Donald Trump will be remembered in history for the riot that took place just days before its exit, Mike Pompeo's State Department will also be remembered for this ungraceful last hurrah that was brought about by years of anti-diplomatic diplomacy.

Two of America's most important strategic alliances, the EU and the North Atlantic Treaty Organization (NATO), long gave Pompeo a platform simply for the fact that he represented the U.S. While President Trump drew criticism from European leaders for his foreign policy approach, Pompeo gave keynote speeches in Brussels, traveled to other EU member state capitals for official visits and met with top European diplomats.

At this stage in the game, such niceties are unnecessary. Pompeo will be out in mere days and appearing next to him would be simply embarrassing for any self-respecting diplomat or world leader. Such appearances would also be an endorsement of the administration that has led America, as well as the world, down a dark and dangerous path of destabilization.

It should be noted that Pompeo's trip to Brussels was not going to include any large public events, showing an even deeper level of contempt – basically that hearing anything he has to say at this stage is meaningless. 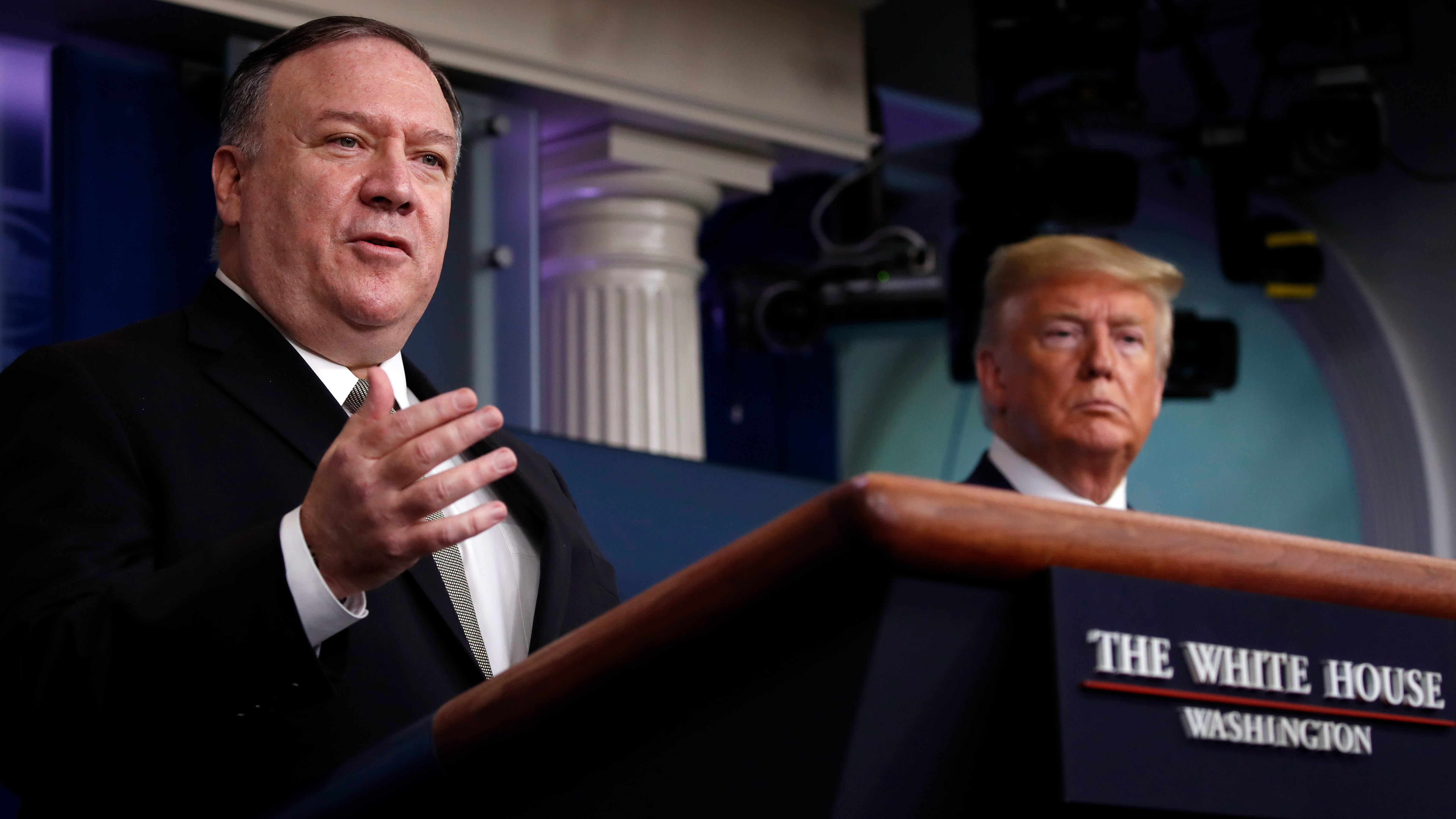 America's European allies already know that much of what was done under Trump will be immediately and unequivocally reversed when Biden takes office. There would be no sense in wasting one's time hearing the pleas of a has-been diplomat on his way out, especially one so dangerous and nefarious.

The fact that Pompeo would even believe that he might have enough personal sway in Europe to, for example, push European officials to stay true to Trump foreign policy – something they have never done – speaks to the legacy he left behind in Brussels and the continent writ large. It shows a truly mind-numbing level of arrogance on his part not to be forgotten soon.

It also begs the question of how this will translate to European engagement with the new Biden administration. European leaders are no doubt extraordinarily pleased to get back to business as usual with Biden and work on a traditional transatlantic agenda based on common points of agreement. They expect that the U.S. will take on a stronger, perhaps even predominant, role on issues related to climate change, the COVID-19 pandemic and other key foreign policy considerations.

However, the events that took place last week – and over the past four years – will not be undone on January 20 when Biden is officially inaugurated. The U.S., while in a stronger position under Biden's leadership, is still a deeply unstable country that could revert back to a Trumpian (or worse) brand of leadership in another four years.

Europe cannot depend on such an unstable partner and, in this vein, Trump and Pompeo succeeded in at least one thing: vindicating the EU's pursuit of strategic autonomy in the wake of an American leadership vacuum. The recent signing of the EU-China Comprehensive Agreement on Investment (CAI), something bemoaned by the incoming Biden administration, is the most recent example of this reality. 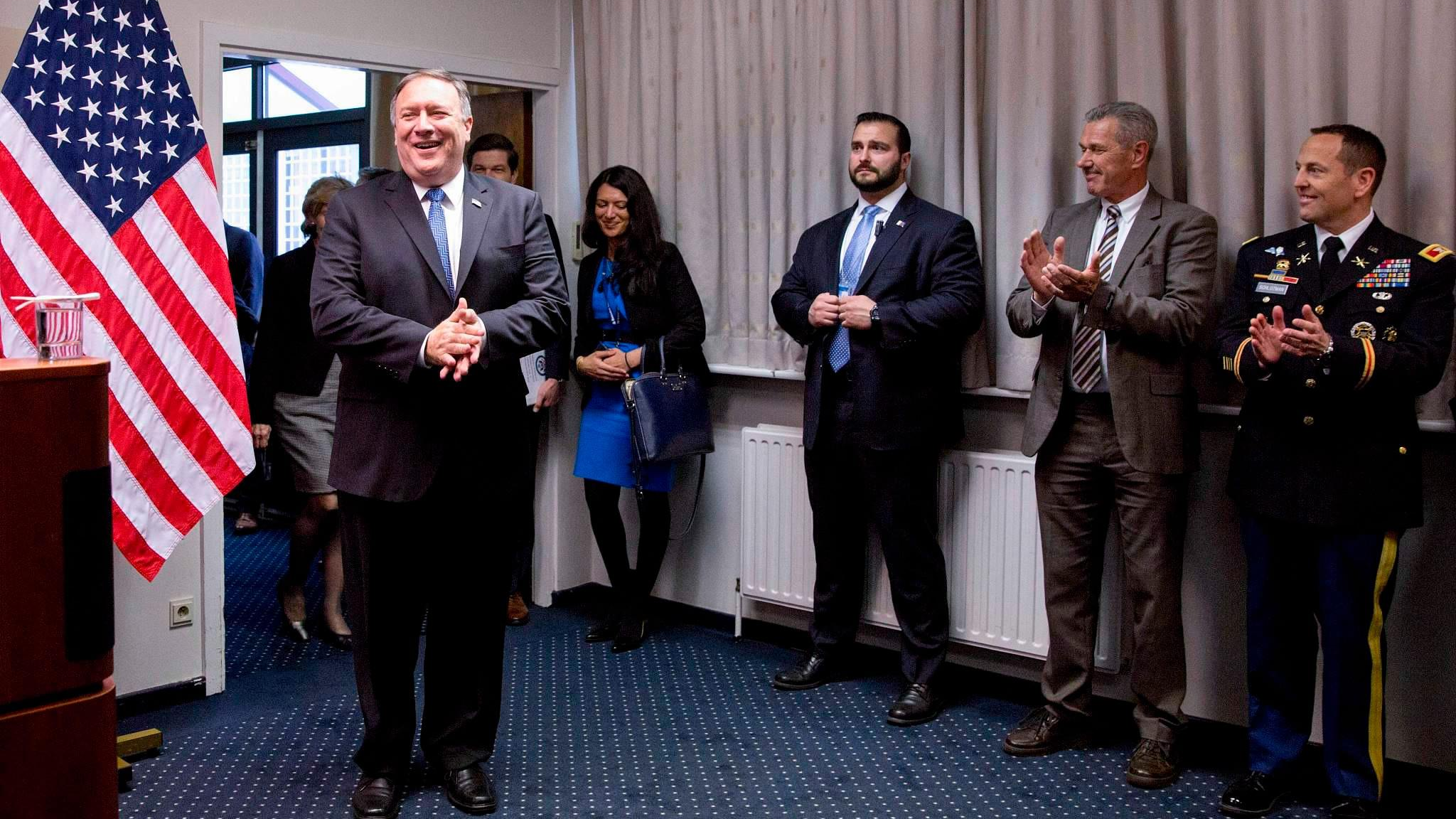 U.S. Secretary of State Mike Pompeo (L), arrives to greet members of the U.S. mission to NATO at the NATO headquarters in Brussels, April 27, 2018. /VCG Photo

U.S. Secretary of State Mike Pompeo (L), arrives to greet members of the U.S. mission to NATO at the NATO headquarters in Brussels, April 27, 2018. /VCG Photo

Europeans have their own interests, a unique vision for the future and independent approaches to world affairs that should not and fundamentally cannot rely on the unpredictability of Washington. Europe knows what it's like to be divided and torn to shreds and does not want to return to such a grim fate.

Pompeo's State Department, easily the worst one in modern American history, will soon be a thing of the past that managed to do irreparable damage in just a few years. Though he entered his secretary position like a wrecking ball (one with the Central Intelligence Agency (CIA) know-how of lying, stealing and cheating), he will leave with his head hung in shame – and that is exactly how European leaders will remember him.