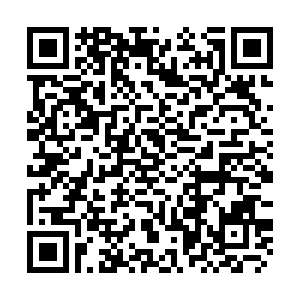 Indonesia launched one of the world's biggest COVID-19 vaccination campaigns on Wednesday with President Joko Widodo receiving the first shot of the vaccine developed by Chinese biopharmaceutical company Sinovac Biotech.

The drive aims to inoculate 181.5 million people after Indonesia authorized the Chinese vaccine, CoronaVac, for emergency use on Monday.

"Vaccination is important to break the chain of COVID-19 transmission and give protection to us and safety to every Indonesian and help accelerate economic recovery," Jokowi said after getting his injection.

Some other officials also get vaccinated after the president.

The Minister of Health Budi Gunadi Sadikin has said nearly 1.5 million medical workers would be inoculated by February, followed by public servants and the general population within 15 months.

Indonesia on Tuesday reported a daily record 302 coronavirus deaths, taking fatalities to 24,645. Its infections are at their peak, averaging more than 9,000 a day, with 846,765 total cases.

Indonesia's stocks have risen in the last few days, helped by the launch of vaccinations, with the main index opening up around 0.7 percent on Wednesday.

Indonesia suffered its first recession in more than two decades last year due to the coronavirus pandemic, with the government estimating a contraction of as much as 2.2 percent.

The government has said two-thirds of the 270 million population must be vaccinated to achieve herd immunity, with the cost of the program expected to be more than 74 trillion rupiah ($5.26 billion).

Budi said Indonesia's testing and tracing needed improving, adding there was an imbalance in testing resources across the archipelago.

Indonesia expects to get another 122.5 million doses of CoronaVac by January 2022, with about 30 million doses due by the end of the first quarter this year.

It has also secured nearly 330 million doses of other vaccines, including from AstraZeneca and Pfizer and its partner BioNTech.