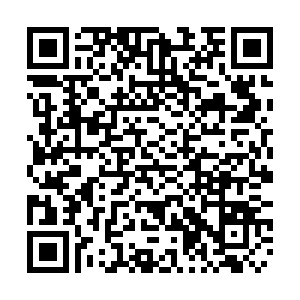 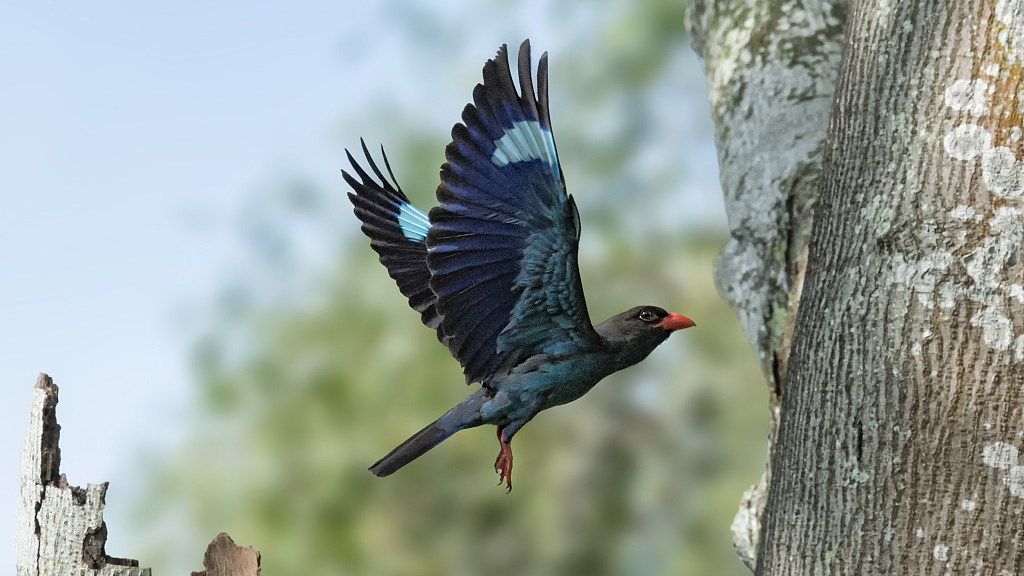 Gifted with beautiful, glossy plumage, the oriental dollarbird gets its English name from the coin-shaped spots on its wings. The bird can be found around the world, including Australia, Japan and India. It also has special mating practices, where the male will vie for the female's attention, like sending flowers. 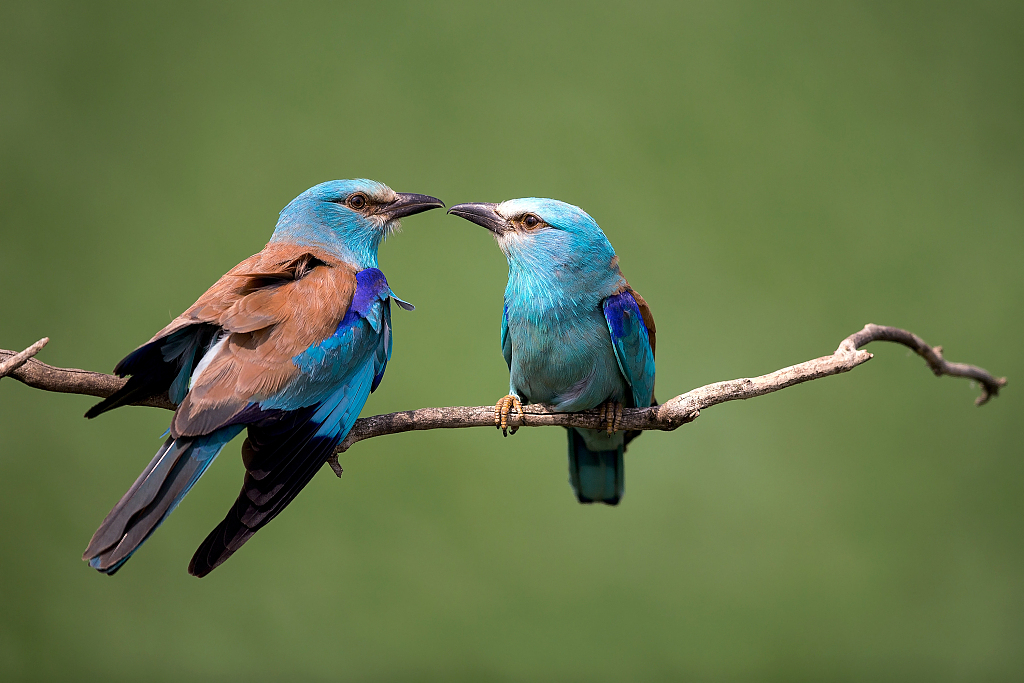 A pair of oriental dollarbird. /VCG

A pair of oriental dollarbird. /VCG

Oriental dollarbirds have bluish-green feathers which makes it a favored species among bird lovers. In Japan, this bird is very famous as people think its chirps sounded like "bo-ho-sei," which refers to a concept in Buddhism. Therefore, in literature, the bird has often been described using religious language. Later, scientists discovered that the sound was actually coming from another bird species, but this beautiful mistake has already made oriental dollarbird famous. 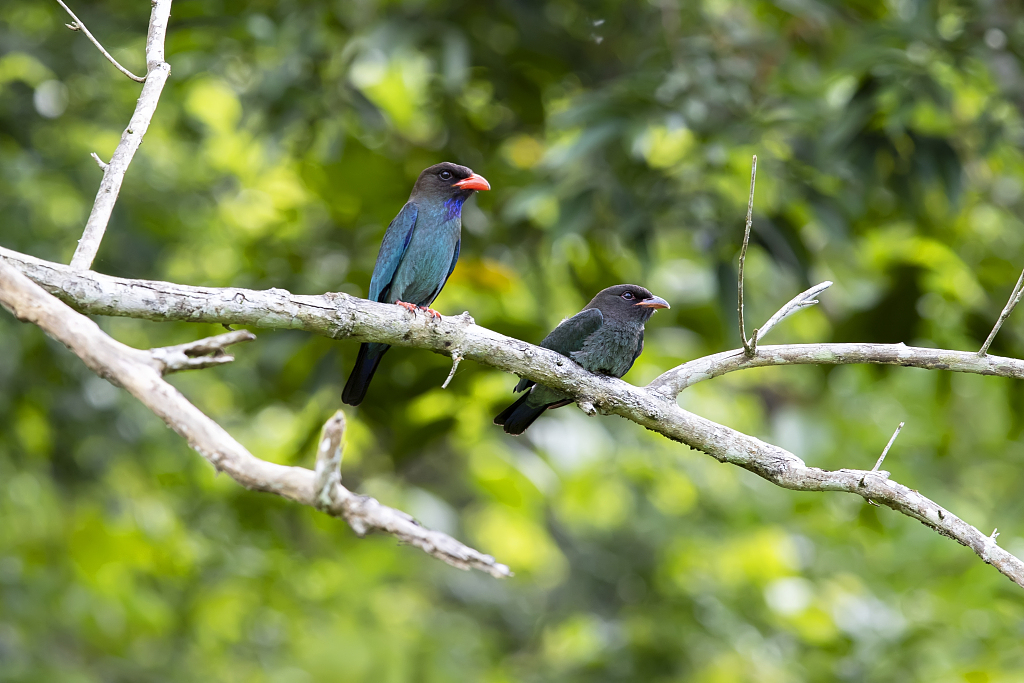