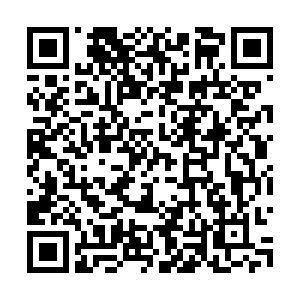 The dinosaur track site in Shanghang County, covering an area of about 1,600 square meters, is the largest and the most diverse such site discovered in China dating back to the Upper Cretaceous period, according to scientists. 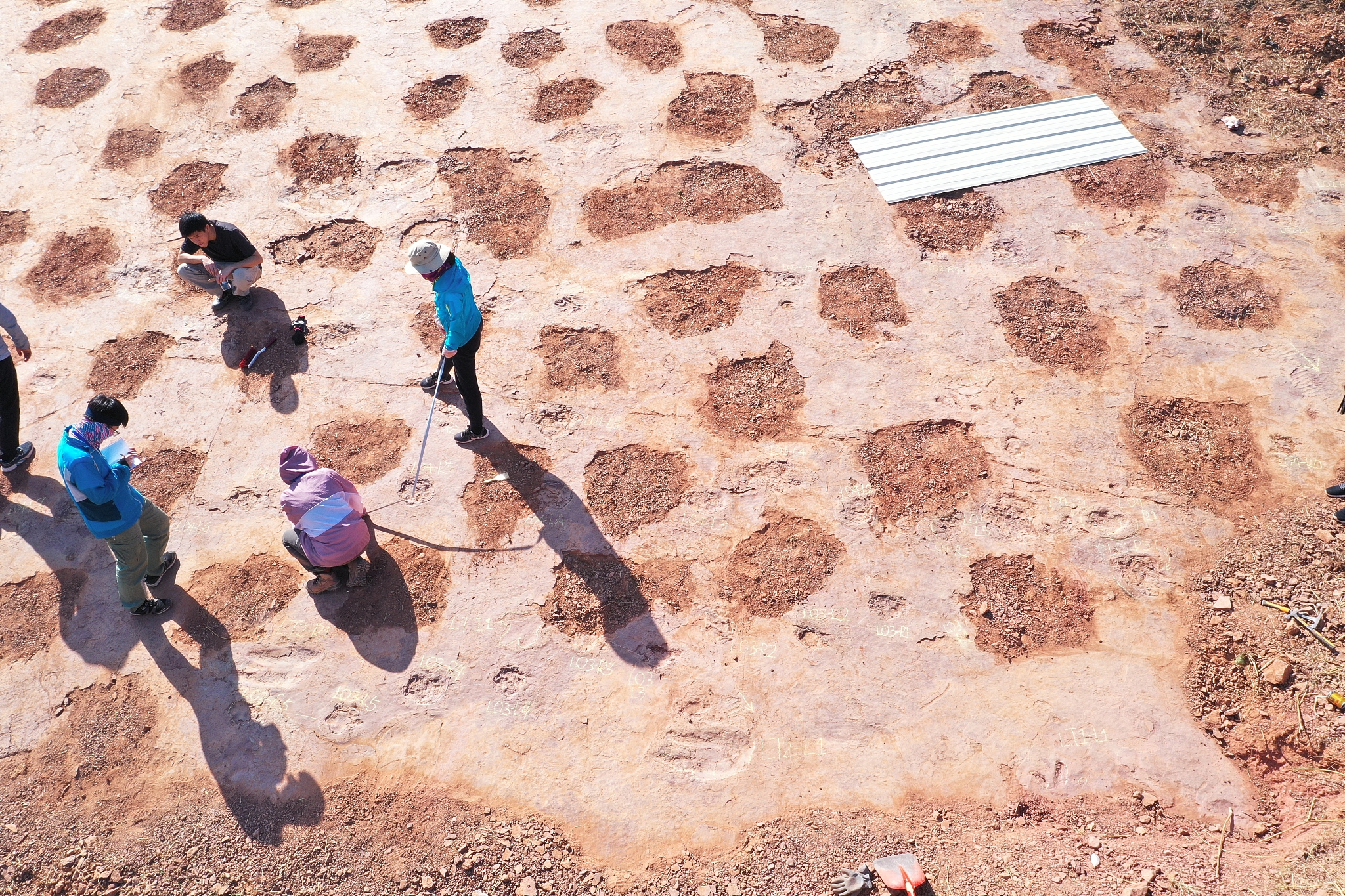 Paleontologists at the dinosaur track site in Fujian Province. /CFP

Paleontologists at the dinosaur track site in Fujian Province. /CFP

The 80-million-year-old tracks in Shanghang County were left by at least eight types of dinosaurs, including sauropods, large and small theropods and ornithopods, scientists said at a news conference held in Fuzhou, the provincial capital, on Tuesday.

"Judging from the size of the footprints, which are 8 to 55 centimeters long, lengths of the dinosaurs range from 1 meter to 10 meters," said Xing Lida, a member of the research team and associate professor at the China University of Geosciences. 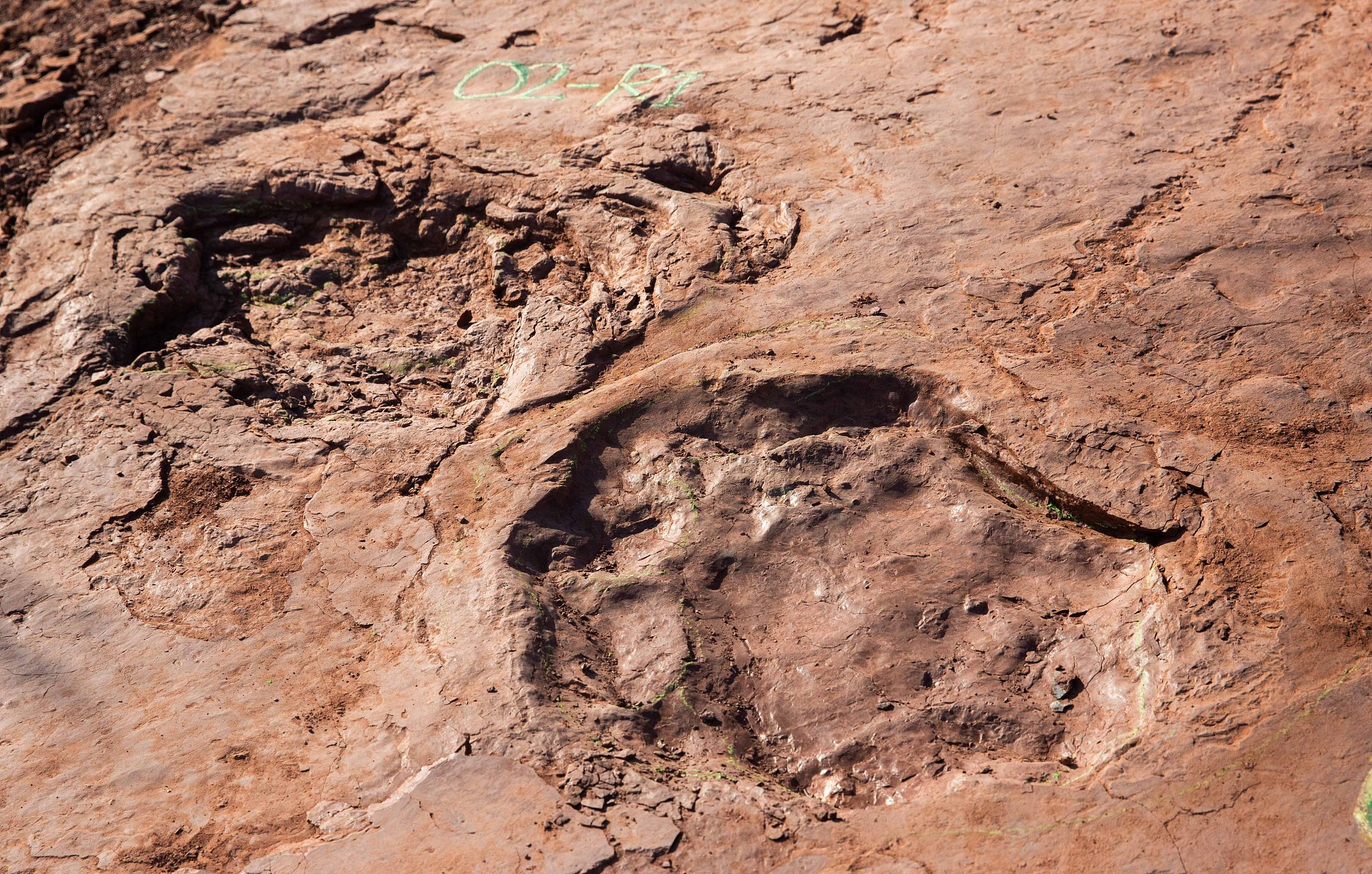 The footprints included three-toed imprints left by carnivorous theropods, which stood out with sharp claw marks; sauropod footprints that resemble large round pits; and other three-toed marks "that look like clover leaves" left by hadrosaurs, the researcher said.

The finding is of particular significance given the scarcity of Upper Cretaceous dinosaur footprints in China, he added. 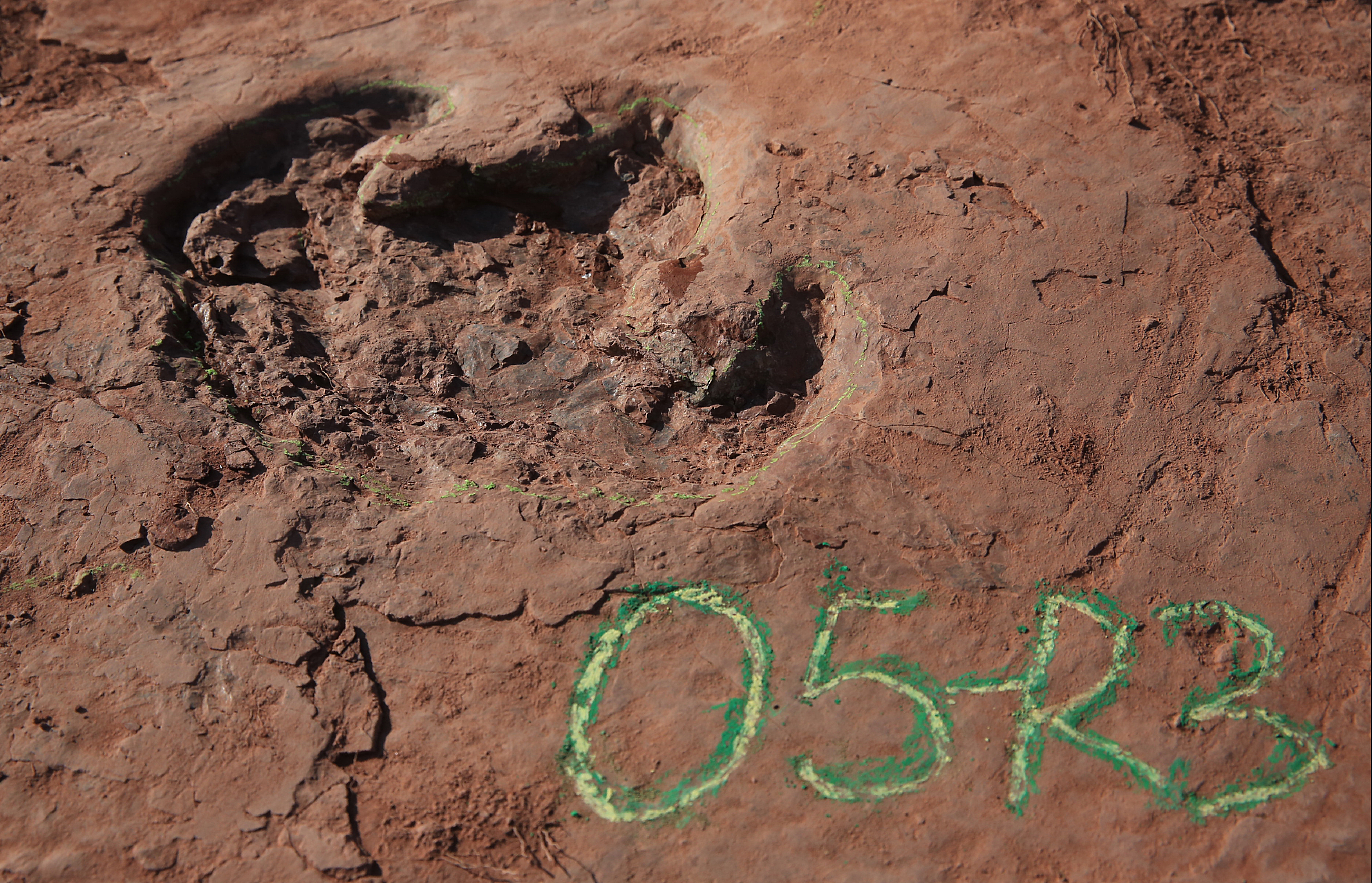 The site also revealed footprints spanning over 30 centimeters that were left by large bird-like Deinonychosauria, the first such finding of the Upper Cretaceous dinosaur nationwide, according to Xing.

Geological analysis of the site, which was well preserved when discovered, suggests dinosaurs had been eating and drinking along a lake, the scientists said.

"More dinosaur fossils including footprints, bones or eggs could be discovered in the province in the future," said Peng Guangzhao, a veteran paleontologist and former curator of Zigong Dinosaur Museum, who helped identify the discovery.

Local officials said the site is under strict protection and surveillance while authorities carry out long-term plans to further discover and preserve the fossils.