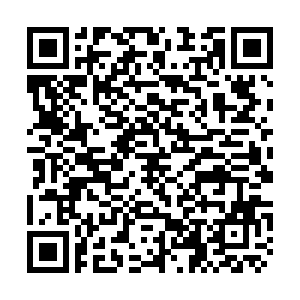 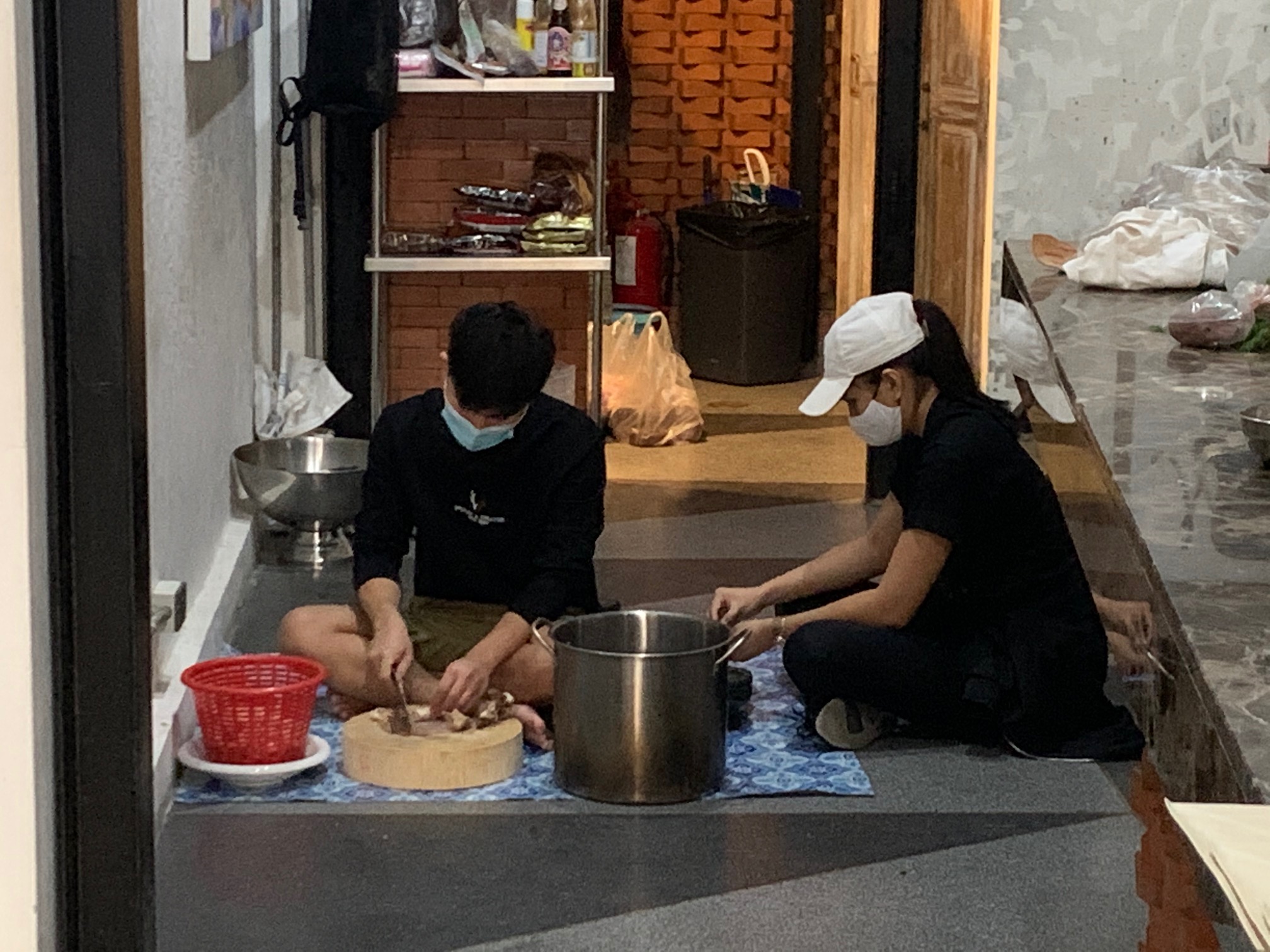 People prepare ingredients in one of the closed bars in Bangkok, Thailand. /CGTN

People prepare ingredients in one of the closed bars in Bangkok, Thailand. /CGTN

COVID-19 is ravaging the globe, but like every crisis, it has brought forward people who refuse to be beaten.

In Southeast Asia, the battle is as much against the crippling economic impact as it is against the medical toll.

Thailand has so far escaped with relatively few cases, with around 11,000 infections and just below 70 deaths. But many thousands of businesses have had to shut their doors forever. Shops, bars, restaurants and massage parlors, which are victims of lockdowns and a lack of customers, have had to close.

Analysts suggest the virus had cost the country $50 billion by the end of 2020, with a new outbreak in December set to wipe out another $10 billion by April 2021.

But some are fighting back: switching jobs and creating new roles to manage in any way they can.

"You can't just wait for someone to help you, you need to do whatever you can to survive," said Gunn Leelhasuwan, leader of a group of Bangkok bar workers who saw their livelihoods threatened when the city's bars and clubs were shut down for the second time under anti-virus measures.

Around a dozen bartenders, waiters and managers from bars in the capital's ancient Chinatown district have come together to form a cooperative called "Dim Sum International" to make and sell traditional street food. 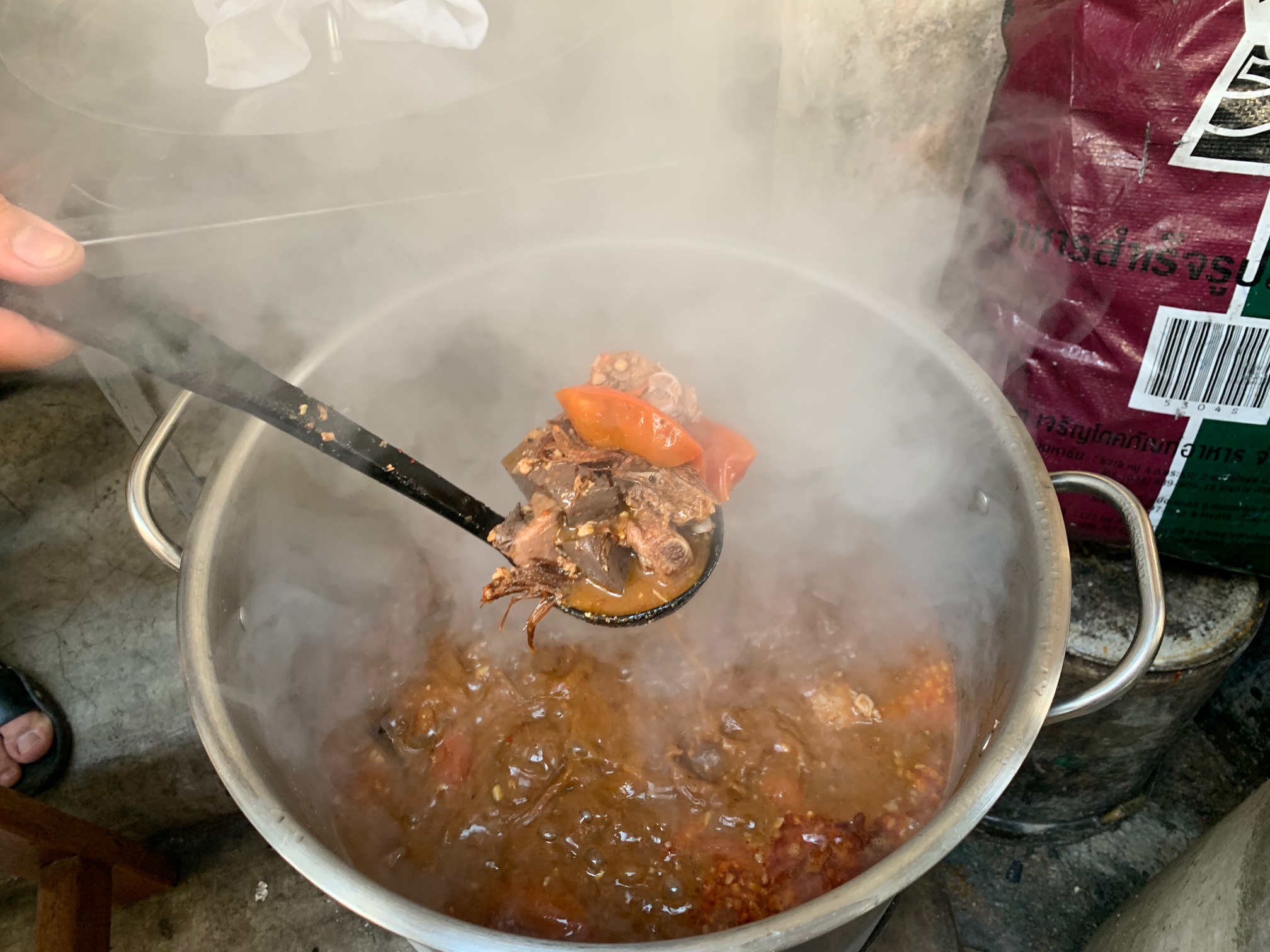 Pork steams in a pot outside one of the closed bars in Bangkok, Thailand. /CGTN

Pork steams in a pot outside one of the closed bars in Bangkok, Thailand. /CGTN

They purchase ingredients from local markets, and have kept the menu simple, serving items such as Chinese pork dumplings and Thai noodle soup.

"We cook the food in the bars and then sell it in the street outside," said Gunn.

"Dumplings are really popular, everyone eats them, and we have a bartender from the north of Thailand so she cooks noodle soup to a special northern recipe," he said.

For Gunn and his colleagues, financial hardship caused by the pandemic revived an existing idea.

"For a long time I'd had a plan to open a dumpling shop but I hadn't done anything about it," said Gunn. "But now this is a way to use the idea to keep us going until the bars can open again."

Staff from the bars can make up to 50 percent of their normal salary when sales are good. 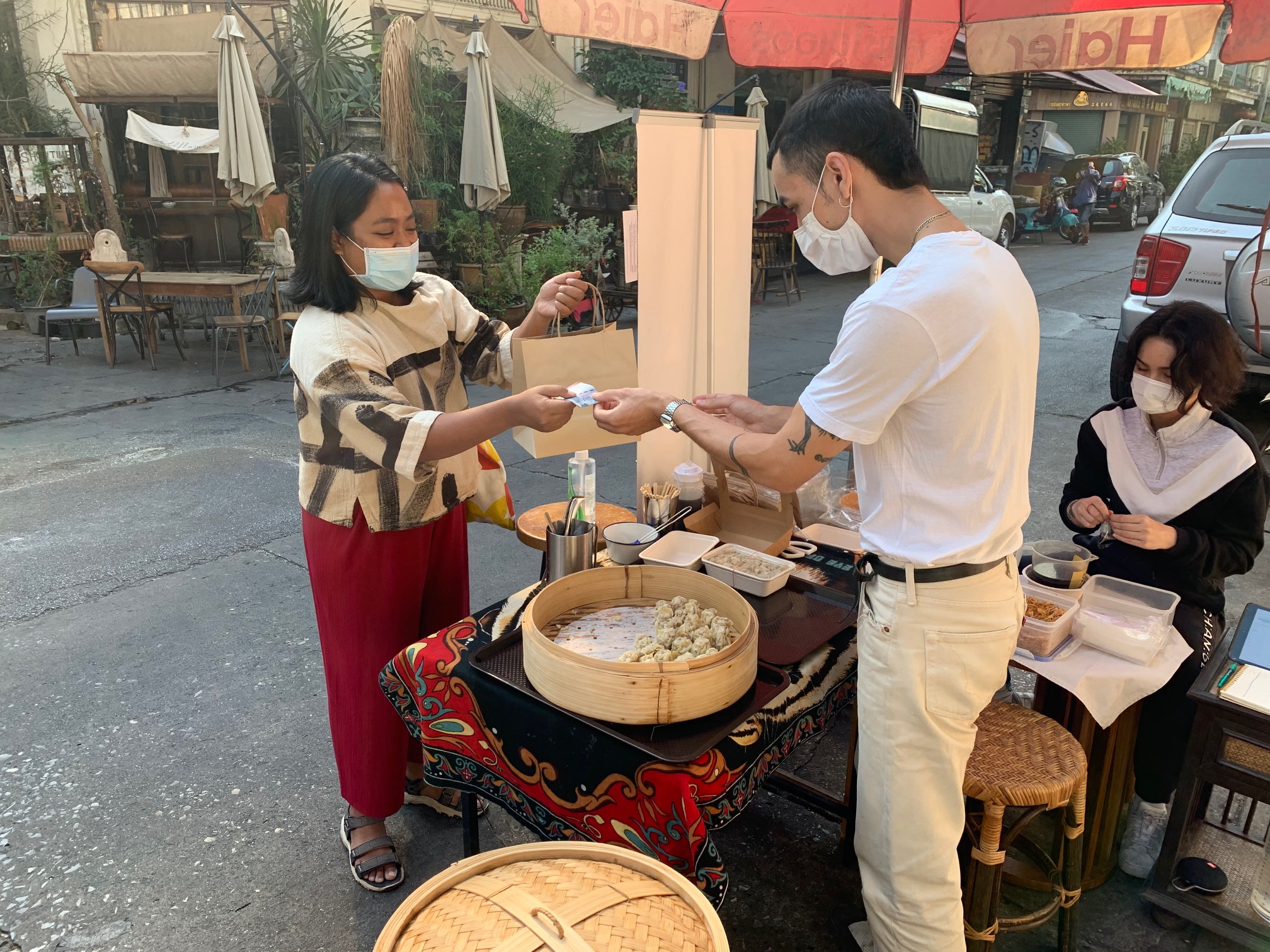 A customer buys a box of Chinese dumplings from a street stall in Bangkok, Thailand. /CGTN

A customer buys a box of Chinese dumplings from a street stall in Bangkok, Thailand. /CGTN

Bars in Thailand were closed for three months last year. Nobody knows how long the latest shutdown will last.

This is just one example among a list of innovative ideas that are helping Thai people carry on while they hope for better times ahead. Technicians have switched from fixing engines to air conditioners; grounded air hostesses have turned to sell homemade drinks from fresh fruits; pilots have become motorcycle delivery drivers; some people have set up stalls on street corners selling face masks and hand sanitizers.

Gunn added: "I don't want my staff to have false hope or to have to rely on handouts. We need to take care of each other, the message is 'don't give up.'"