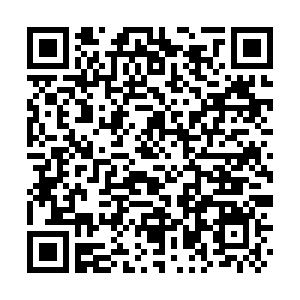 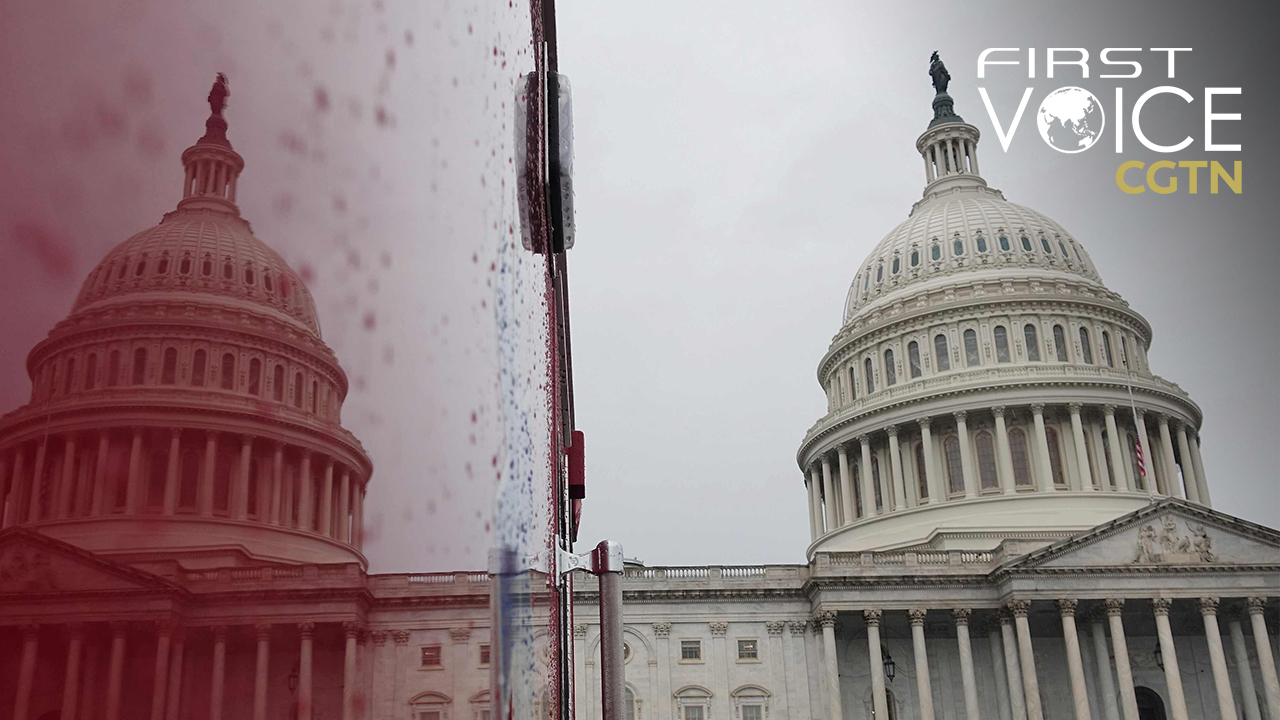 The United States government thrives with an enemy to unite its people and distract them from domestic issues such as glaring racial and economic disparity, unsafe streets, an unaffordable and failing health care system and a falling standard of living.

That enemy for decades was Russia, shifted to Islam for a couple of decades, and is now becoming China.

Is China really a threat to the people of the United States and their way of life?

For decades China was a partner and a competitor — until the Trump administration brewed a mixture of racism, lies and misdirection into a toxic potion of fear and hatred.

Trump first blamed China for stealing American jobs, even though offshoring is a result of U.S. policy decisions. Factions of the Trump administration have accused China of deliberately causing the spread of a deadly pandemic, even as they ignored warnings from Beijing and the WHO and made far more serious public health mistakes than any other country.

Now Trump's administration, in its final days, has released a report that it hopes will seal the perception of China as "the most consequential challenge to the interests of the United States."

This is a final hammer blow in efforts to decouple the economies of the two nations, and cast China as the sinister villain in a Cold War action movie.

The problem with this document is it does not jive with reality. Alternative facts are not surprising from the Trump administration, but China's neighbors and the rest of the world knows better. 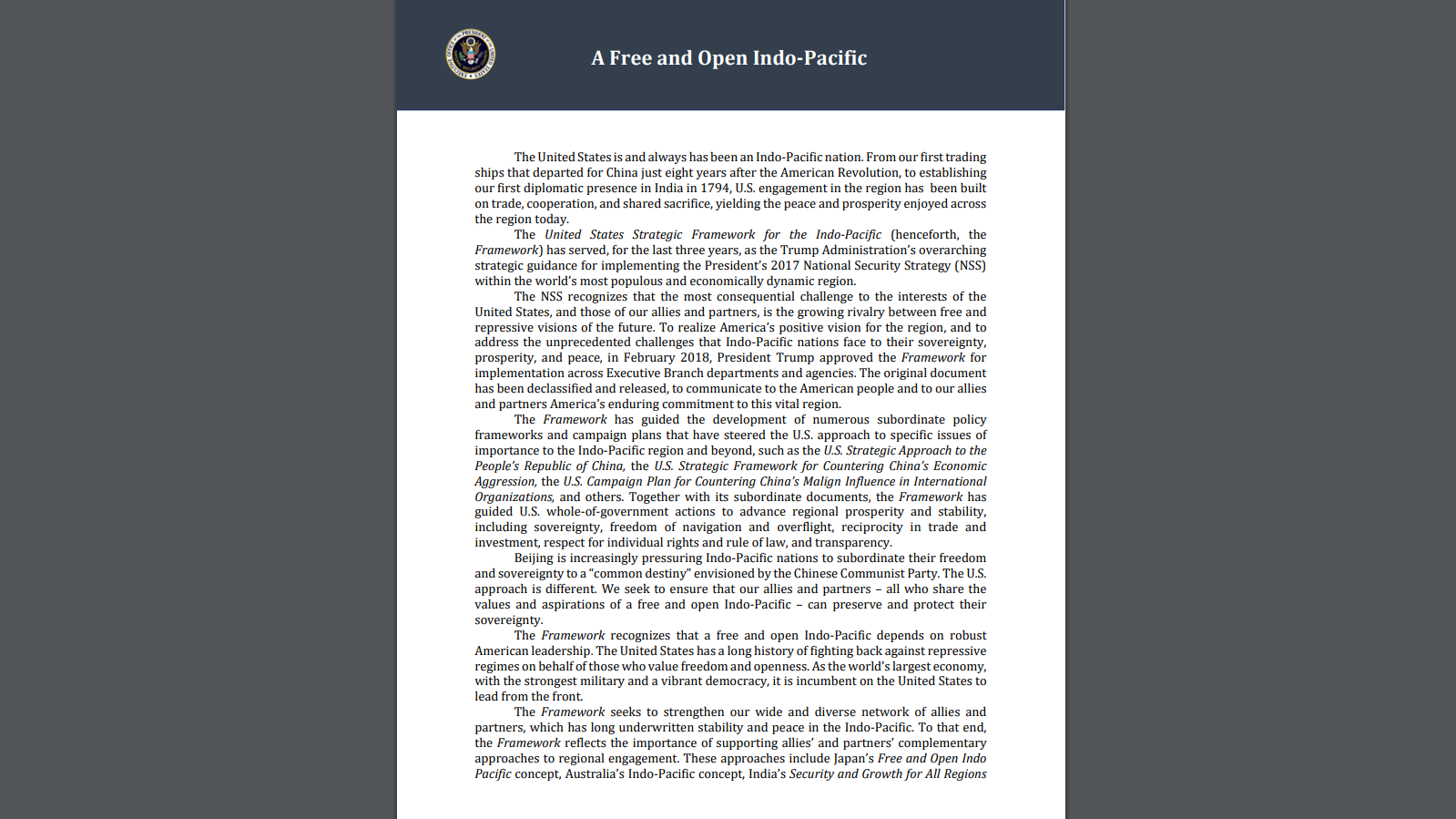 Screenshot of the "United States Strategic Framework for the Indo-Pacific."

Screenshot of the "United States Strategic Framework for the Indo-Pacific."

This is reflected in the China of today. People are growing wealthier by the decade. This year, China's long battle against poverty succeeded, completely eliminating absolute poverty throughout the country. Chinese people are far more satisfied with their government than Americans.

Have Chinese made trade-offs that go against U.S. values to achieve these goals? Of course. Wild rumors, conspiracy theories and disinformation are regulated. Firearms are tightly controlled. Administration is focused on hitting long term performance goals that help the public rather than wild swings in policy to ensure another term in power.

Do these trade-offs mean Chinese people are a "threat," they are not "free" or their government is somehow "illegitimate"?

To the United States, yes.

The Chinese government talks about a common destiny of mankind, and the need for people from all nations to work together to solve these common problems.

The U.S. has twisted this, with Trump National Security Adviser Robert O'Brien saying on Tuesday, "Beijing is increasingly pressuring Indo-Pacific nations to subordinate their freedom and sovereignty to a 'common destiny' envisioned by the Chinese Communist Party."

People around the world know and can compare the U.S. and Chinese record on issues like addressing climate change, cooperating internationally on battling COVID-19, and cooperating with developing nations.

China's rise is based on the hard work and diligence of its people. It is beyond the U.S. imagination that another country could economically or technologically best them, so they blame it on cheating.

China is finishing a long transformation from a state of constant war among feudalistic warlords a century ago to a modern state where everyone shares a moderate level of prosperity. The U.S. imagines it can use high tech weapons, technology embargoes, and trade barriers to prevent China's rise.

This is a fantasy. Within decades, China's economy will dwarf America's, and China's technological know-how will surpass the United States.

Mankind faces many pressing challenges. The most productive approach would be for the U.S. to seek a positive relationship with China that seeks common ground and mutual benefit. Demonizing the Chinese government and dehumanizing Chinese people may help win an electoral advantage in the short term, but will only hurt Americans in the long run.

The country could benefit learning from China. But before it can hope to do that, it must drop its Orwellian insistence on having a constant enemy and try to see the Chinese as real people conducting their own bold and admirable experiment on how best to organize their society to live in harmony and prosperity. The Chinese people have their own proud history and values, and have chosen a different road than Americans, but the two sides need not be enemies.