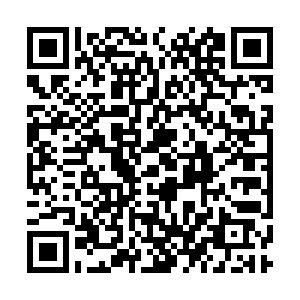 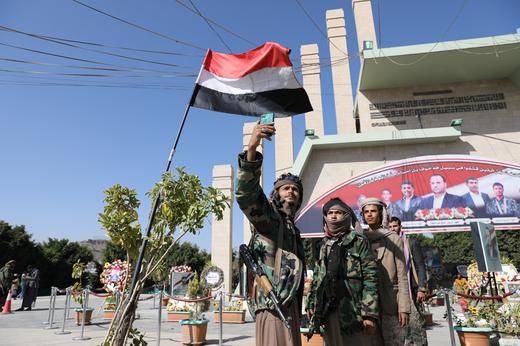 Members of the Houthi movement take a selfie near the grave of senior Houthi official Saleh al-Sammad at al-Sabeen Square in Sanaa, Yemen, January 11, 2021. /Reuters

Members of the Houthi movement take a selfie near the grave of senior Houthi official Saleh al-Sammad at al-Sabeen Square in Sanaa, Yemen, January 11, 2021. /Reuters

The outgoing U.S. administration will designate Yemen's Houthi movement as a foreign terrorist organization, a move that could undermine peace talks and make it harder to feed Yemenis during the world's largest humanitarian crisis.

"This decision affects peaceful settlement of the conflicts and the dispatch of humanitarian aid. It also blocks the UN conciliatory mission," the Foreign Ministry spokesman Saeed Khatibzadeh was quoted as saying.

"This is the latest effort by the Trump administration to complete its destructive role in line with the shameful imposition of war on Yemen," Khatibzadeh added. 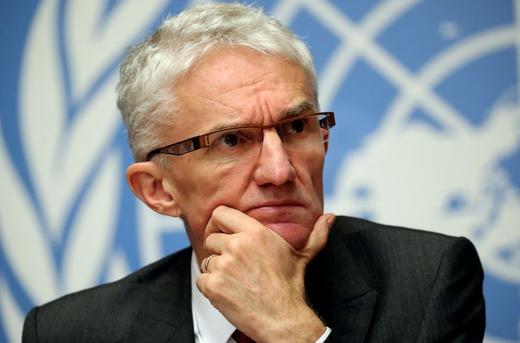 UN aid chief Mark Lowcock will on Thursday urge Washington to reverse a plan to designate Yemen's Houthi movement a foreign terrorist organization, warning the move would push the country into a "famine on a scale that we have not seen for nearly 40 years."

According to Reuters, Lowcock will tell the 15-member body that a U.S. plan to issue licenses and exemptions to allow aid agencies to continue working will not prevent a famine in Yemen, in his prepared remarks for a briefing of the UN Security Council.

While the United Nations and aid groups help about a third of Yemen's 28 million people, Lowcock will stress commercial imports are key to ensuring millions more have access to food.

"Yemen imports 90 percent of its food. Nearly all that food is brought in through commercial channels. Aid agencies give people vouchers or cash to buy commercially imported food in the market," Lowcock will say.

The designation freezes any U.S.-related assets of the Houthi movement, bans Americans from doing business with them and makes it a crime to provide support or resources to the movement.

"What would prevent it? A reversal of the (U.S.) decision," Lowcock will say. "Aid agencies cannot – they simply cannot – replace the commercial import system."

"The data show that 16 million people will go hungry this year. Already, about 50,000 people are essentially starving to death in what is essentially a small famine. Another five million are just one step behind them," Lowcock will say.

The United Nations describes Yemen as the world's largest humanitarian crisis, with 80 percent of the people in need of aid.

"Already, Yemenis are crowding into to markets and shops to stockpile whatever they can afford. Families are terrified that no more food or other supplies will make it into the country," Lowcock will say.

"The Yemeni companies who bring in most of the food are using words like 'disaster,' 'havoc,' and 'unimaginable' when they describe to us what they fear is coming," he will say.

U.S. Secretary of State Mike Pompeo announced the move against the Houthi movement on Sunday. It will come into effect on January 19, the last full day in office of President Donald Trump's administration.

President-elect Joe Biden takes office on January 20. The designation could be revoked by Biden's secretary of state.