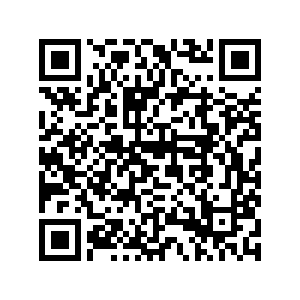 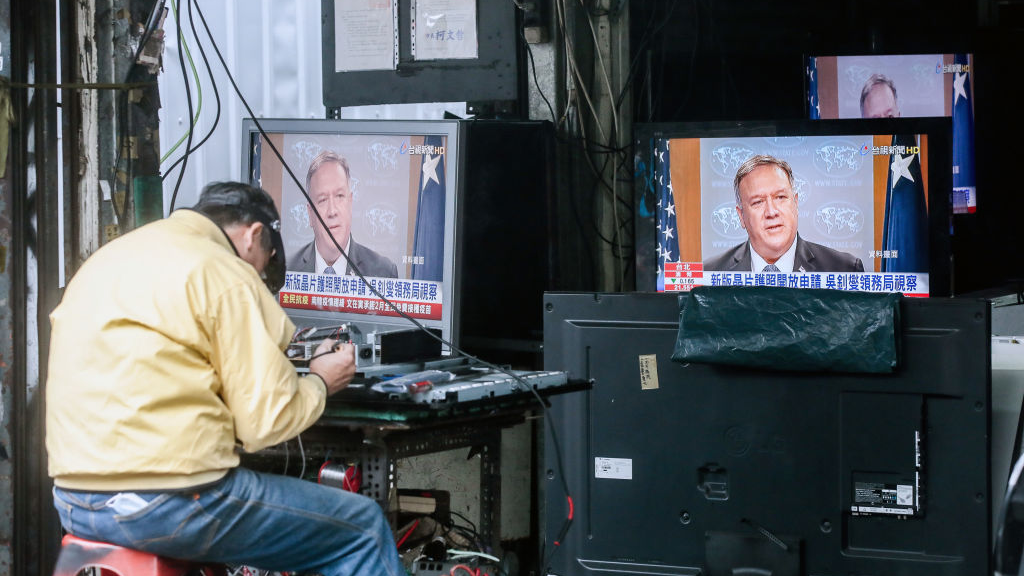 Editor's Note: Ken Moak taught economic theory, public policy and globalization at the university level for 33 years. He co-authored the book "China's Economic Rise and Its Global Impact" in 2015. The article reflects the author's opinions, and not necessarily the views of CGTN.

China had already warned the U.S. that if Craft's trip to the island proceeded as planned, America could pay a "high price" which the U.S. might be unable or unwilling to pay given the country's worsening COVID-19 pandemic and faltering economy. The pandemic is spreading faster than expected, the number of injections hitting over 200,000 daily over the last few weeks, accumulating to over 23 million infections and 384,000 deaths. The economy is sinking fast even with huge stimulus packages to bailout out businesses and consumers. It is thus not surprising that the incoming administration has no appetite to confront China.

Taiwan itself might not want to provoke the Chinese mainland in light of its economic dependence on the huge mainland economy. According to the Taiwan authority, the Chinese mainland is its biggest investor, accounting for almost $185 billion between 1991 and 2019. Two-way trade between the sides is over $150 billion.

According to a June 22, 2020 survey released by the Taiwanese Public Opinion Foundation, 46 percent of the population wants to maintain the status quo with the Chinese mainland. That number would suggest that further unnecessary provocation against the Chinese mainland would not be in Taiwan's economic and geopolitical interests. 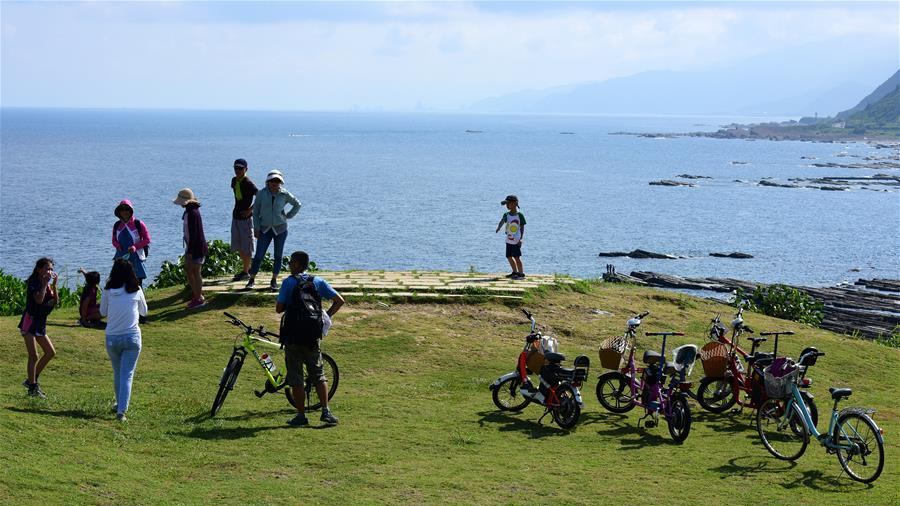 Indeed, Pompeo's anti-China policies had never gained traction on the world stage. Pompeo's rant about the Belt and Road Initiative being a "debt trap," for example, was not only rebuked by countries such as Sri Lanka that received Chinese investment, but he was told to mind his own business. The latest snub came from some European leaders who refused to meet him, forcing him to cancel his last overseas trip as Secretary of State.

In any event, Joe Biden needs China's cooperation to address many of the world's issues and recover from the pandemic-induced recession. Following Pompeo's anti-China policies would derail Biden's attempt to mitigate climate change and undermine economic recovery. As the U.S. and China are the world's biggest emitters of greenhouse gas (the toxic chemical that causes climate change), atmospheric temperature cannot be lowered without having both countries in the conversation.

On U.S. and the global post-COVID-19 economic recovery, China-U.S. cooperation is essential. They are the world's two largest economies, each dependent on the other for their socio-economic well-being because China and America are deeply integrated into the U.S.-inspired world supply chain. Being the "factory" and market for U.S. enterprises, China's manufacturing comparative advantage and increasingly affluent huge market are crucial for U.S. economic recovery.

In any event, China is too big to be coerced and has the means to push back against U.S. "extraterritorial belligerence," particularly when it comes to its "core interests" such as the one-China principle. A case in point is China's increasingly frequent military exercises in and over the Taiwan Strait in response to U.S. provocations such as sending senior officials to visit the Taiwan region.

Biden understands the danger of an economic or military clash between the world's two most powerful economies and powers. The economies of both countries will tank, taking those of the world with them. Being nuclear powers, the loss of human lives and properties on both sides of the Pacific would be unthinkable. To that end, it is very unlikely that the incoming administration will continue with Pompeo's "crazy" anti-China policies.

Furthermore, Trump's brand of populism and Pompeo's foreign policy stance will likely be buried along with the outgoing president's tarnished legacy. It was largely because of Trump's inept handling of the pandemic and economy that led to his defeat at the polls on November 3. Indeed, increasing numbers of Republican lawmakers are calling for Trump's impeachment or removal from office.

Although some Americans view China negatively, very few have the appetite to go to war with the Asian country largely because there is no reason to or they are aware of the dire consequences of a China-U.S. conflict. China never showed any indication that it is going to invade the United States, nor did China initiate any of the other conflicts between the two countries. They, in fact, feel China is important to the U.S. economy. American farmers and enterprises such as Boeing can attest to that.

To that end, most Americans will likely support Biden's rapprochement with China as cooperation would go a long way in addressing climate change and accelerating economic recovery in the post-pandemic era. Reducing or rescinding Trump's counterproductive tariffs on Chinese goods, for example, would increase China's purchases of U.S. agriculture and manufacturing products. Few if any Americans would oppose that.

Furthermore, most Americans are also fed up with Trump's divisive domestic policies, turning one segment of the population against another. Popularizing racial hatred undermines American values, prompting many to come out in support of the "Black Lives Matter" movement, effectively creating a divided America. Many Americans understand the consequences of a house divided and therefore reject "Trumpism," one of the reasons why Trump did not gain a second term. And by extension, America will reject ideologically motivated dangerous policies such as those advocated by Pompeo, particularly regarding China.

Biden has a golden opportunity to reset the China-U.S. relationship, arguably the most important and complicated in the world.