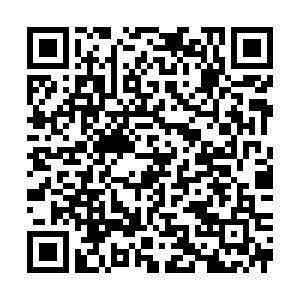 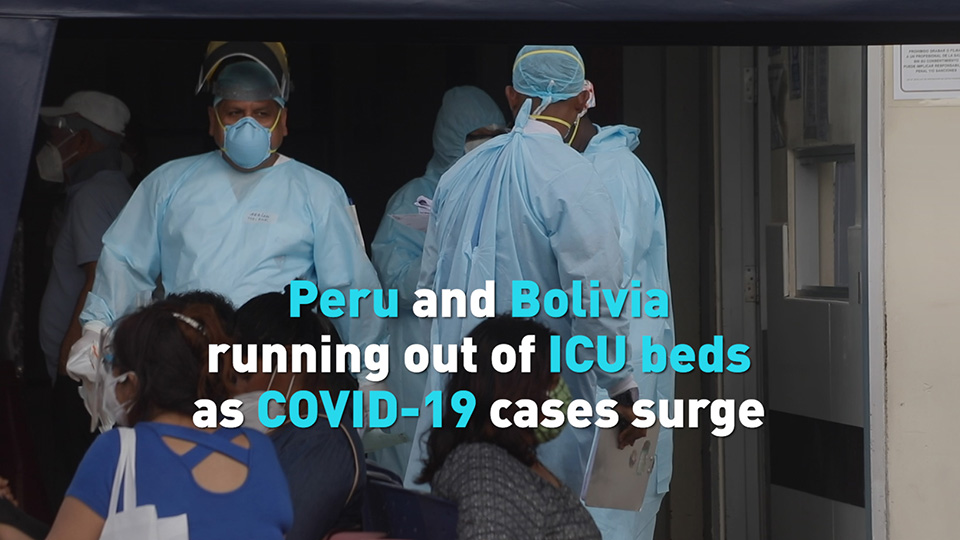 The overall global coronavirus caseload has topped 93 million, while the deaths have approached two million, according to data from Johns Hopkins University.

Worst moment of pandemic in Latin America so far

A record of more than 535,900 people had died due to the coronavirus pandemic in Latin America and the Caribbean as of Wednesday, January 13. Brazil has reported more than 205,000 virus deaths, the second-highest tally in the world, behind the United States.

Reportedly, hospitals in Brazil's Manaus city are overwhelmed and facing a severe shortage of oxygen and staff.

Peru and Bolivia are running out of intensive care beds amid an uptick in COVID-19 cases. The trend comes as Peru reported the first case of a highly transmissible variant of the coronavirus which was first detected in the United Kingdom.

As the coronavirus cases surge, Latin American countries are in various stages of vaccine distribution programs and plans, border restrictions, and lockdowns.

COVID-19 has outcompeted coronary heart disease as the top cause of death in Brazil, Chile, Ecuador and Panama. 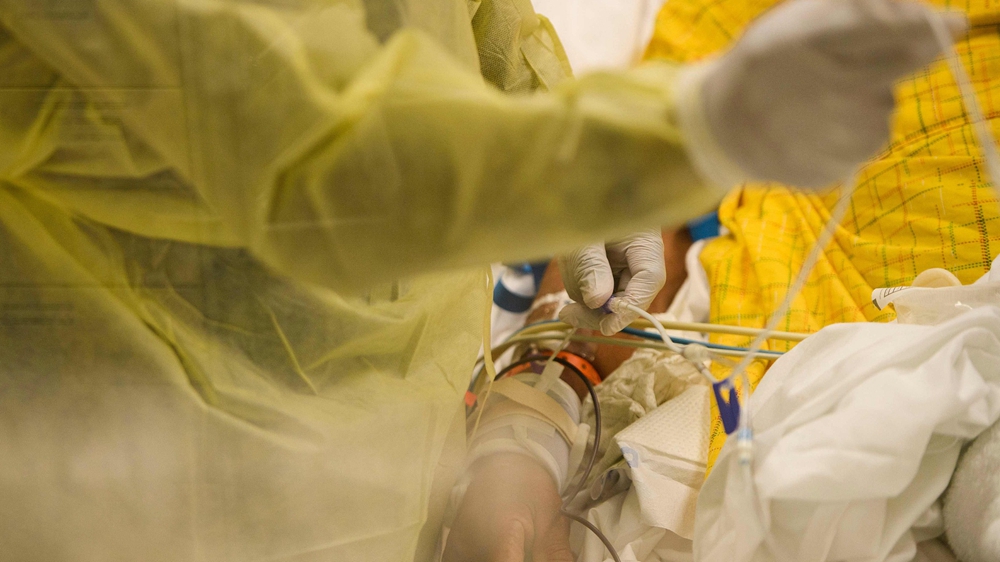 Another 92,000 Americans projected to die over next three weeks

According to a forecast published by the U.S. Centers for Disease Control and Prevention, another 92,000 Americans are projected die of COVID-19 over the next three weeks.

U.S. President-elect Joe Biden on Thursday unveiled a $1.9 trillion COVID-19 relief bill, which includes another round of direct payments to individuals, aid for state and local governments, increased unemployment benefits, as well as more funding for tracing-and-testing programs and vaccine roll-outs. 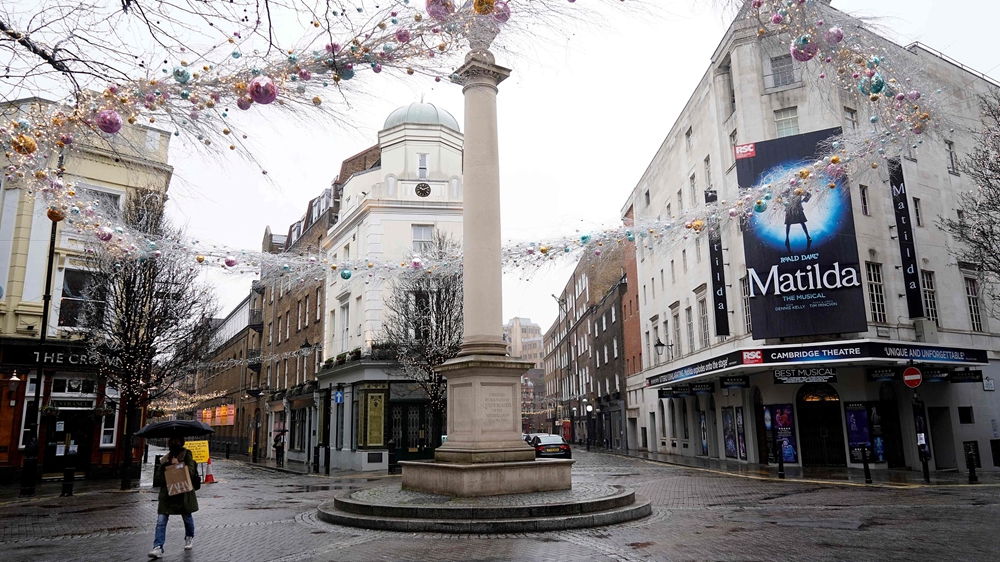 A pedestrian walks past closed businesses in Seven Dials in London, January 14, 2021. /CFP

A pedestrian walks past closed businesses in Seven Dials in London, January 14, 2021. /CFP

UK will have 24/7 vaccinations when doses are available, says PM Johnson

The UK will offer a round-the-clock vaccination program as soon as the doses are available, said Prime Minister Boris Johnson, with the plan to give the jab to 14 million people by mid-February.

Johnson has also refused to rule out further restrictions in England if the level of new infections is not brought under control, amid fears that the National Health Service could be reach its breaking point.

The government has faced public criticism for the pace of its vaccination drive, with calls to make the COVID-19 jab available 24 hours a day.

The prime minister has now said that as the roll-out is ramped up and more doses become available, mass vaccination centers will operate 24 hours a day.

By Thursday, the UK had reported 3,220,956 COVID-19 infections with 84,910 deaths, according to figures from the Johns Hopkins University. 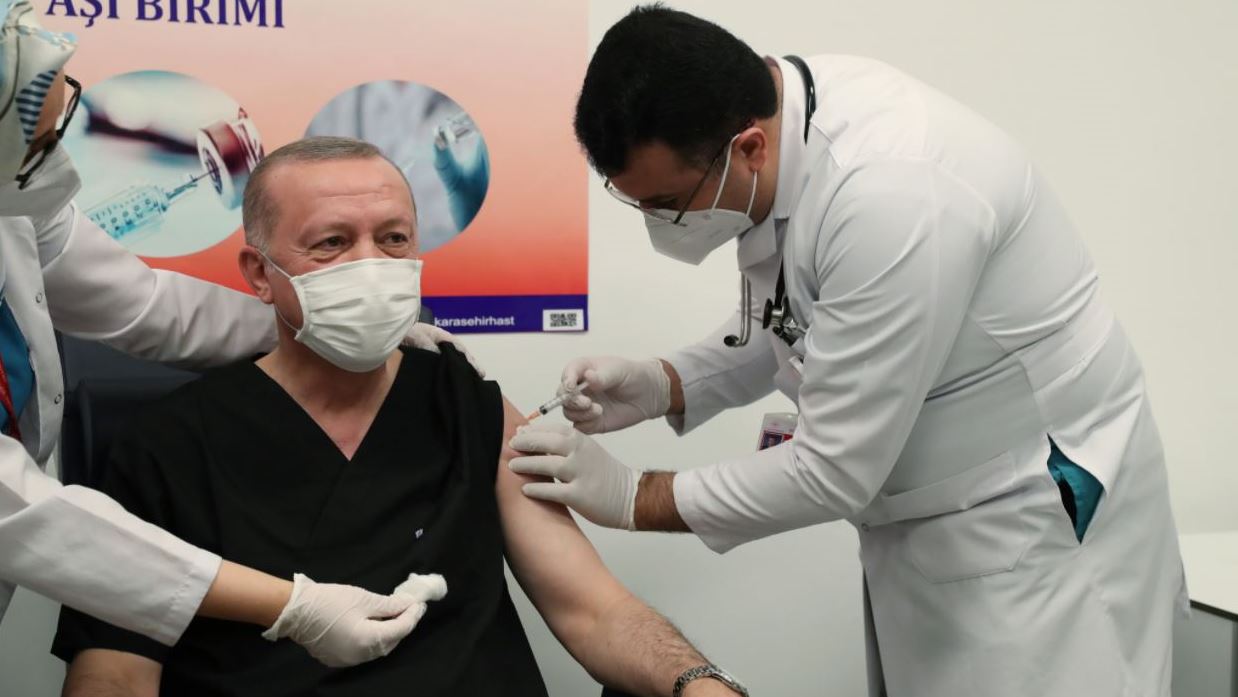 Turkey's President Recep Tayyip Erdogan received his first jab of the Sinovac COVID-19 vaccine at a hospital in Ankara on Thursday as the country kicked off a nationwide vaccination drive.

This came a day after the country's Health Minister Fahrettin Koca received his first shot of the COVID-19 vaccine produced by China's Sinovac Biotech Ltd.

Erdogan said 254,000 healthcare workers had received their first shots of the vaccine, and that he hoped all Turkey citizens would be vaccinated "in a very short time."

By Wednesday, Turkey had reported 2,355,839 COVID-19 infections with 23,325 deaths, according to figures from the Johns Hopkins University. 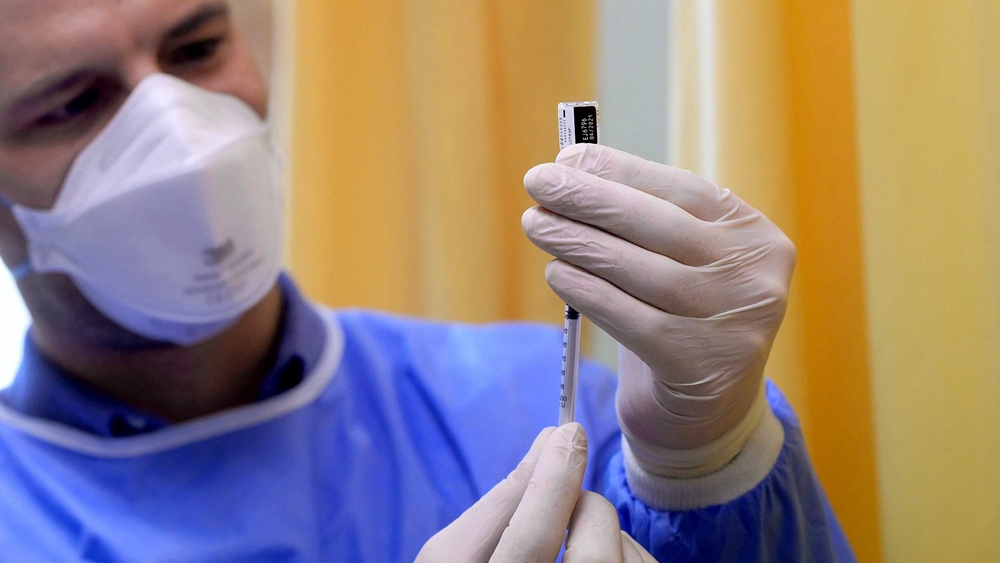 A medical worker checks the COVID-19 vaccine at a hospital in Budapest, December 26, 2020. /CFP

A medical worker checks the COVID-19 vaccine at a hospital in Budapest, December 26, 2020. /CFP

Hungary's government said on Thursday it has reached a deal with China's Sinopharm to buy its coronavirus vaccine, a move making Hungary the first European Union (EU) country to accept a Chinese vaccine.

"We have practically agreed with Sinopharm," said Gergely Gulyas, Prime Minister Viktor Orban's chief of staff. "The first shipment could include up to one million doses."

The timing of the Chinese shipment depends on how fast Hungarian health authorities authorize the use of Sinopharm's vaccine, which has been used to immunize some 20 million people, he added. 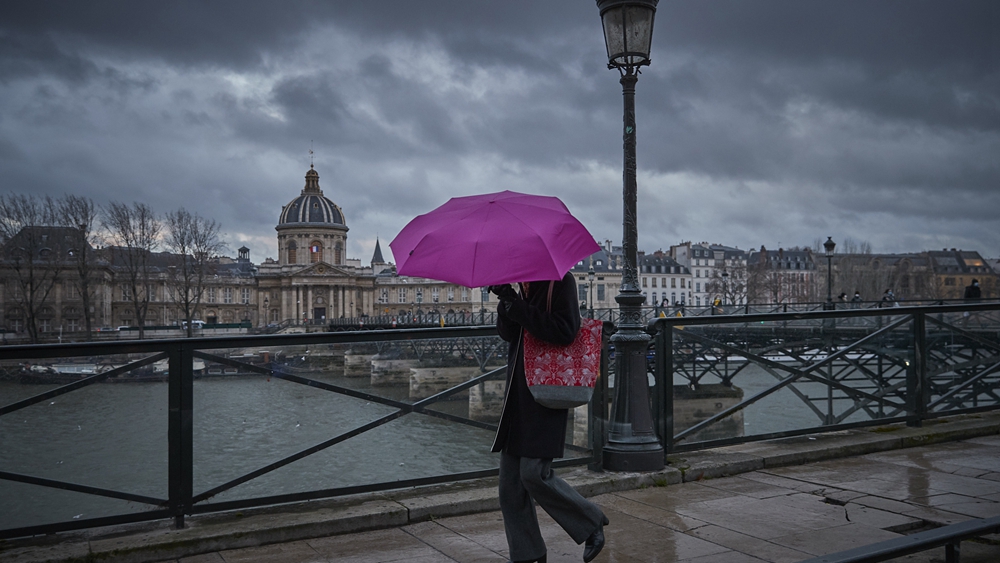 French Prime Minister Jean Castex on Thursday announced a new series of stricter COVID-19 rules - among them an earlier nationwide curfew - as the pandemic "is under control" but remains "worrying" because of the new rapidly spreading variants.

Speaking at a press conference, Castex said that a night-time ban on people's movement, in force since mid-December, would be brought forward by two hours across the national territory. The earlier curfew is already in place in 25 out of the country's 101 departments.

Starting from Saturday, the country's 67 million inhabitants are ordered to stay at home from 6 p.m. to 6 a.m. for at least two weeks. Permissions will be available for those who have health emergencies and those who work at night, he added. 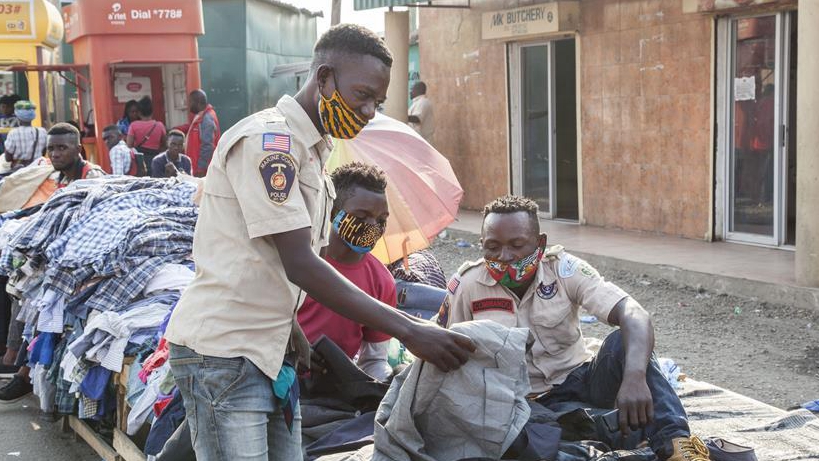 A man wearing a face mask selects clothes at a market in Lusaka, Zambia, August 18, 2020. /CFP

A man wearing a face mask selects clothes at a market in Lusaka, Zambia, August 18, 2020. /CFP

Zambia on Thursday reported the highest single-day new COVID-19 cases as the second wave of the pandemic takes its toll on the southern African nation.

The country reported 1,700 new cases in the last 24 hours, bringing the cumulative cases to 32,800, according to figures released by the health ministry.

The cases were picked from 9,038 tests done during the period, bringing the total tests since the pandemic broke out in the country last March to 739,188. 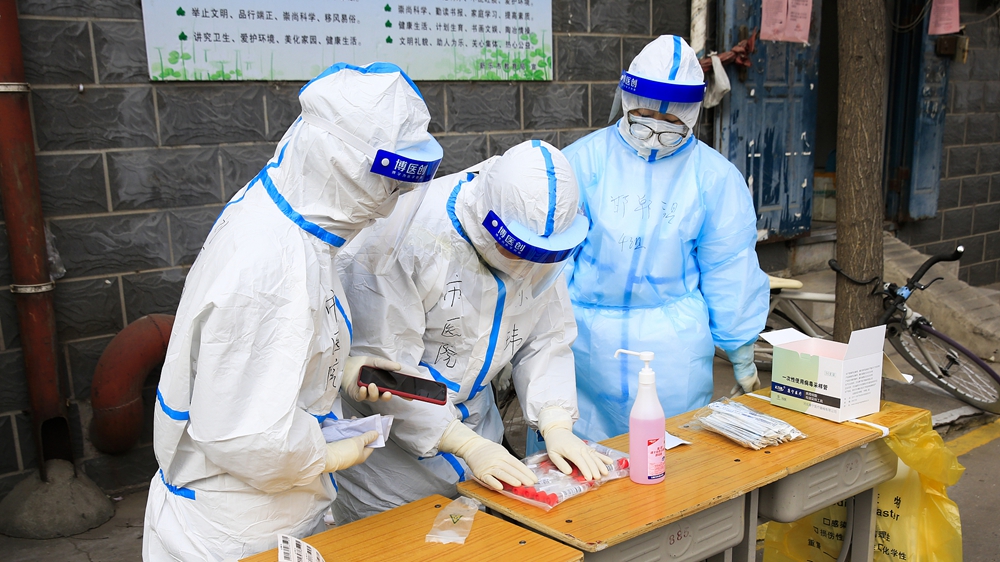 Cases in China surge to over 10-month high

China reported the highest number of new daily COVID-19 cases in more than 10 months, official data showed on Friday, after a severe outbreak in the northeast that has placed more than 28 million people under lockdown.

A total of 144 new COVID-19 cases were reported on January 14, the National Health Commission said in a statement, up from 138 cases a day earlier and marking the highest daily increase since 202 cases reported on March 1.

To curb the virus spread, Chinese are advised to cut unnecessary trips and stay at their workplaces to spend the annual traditional family reunion Spring Festival holiday that falls in mid-February.