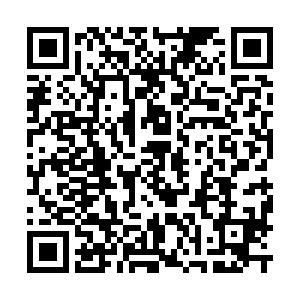 U.S. President Donald Trump's trade war with China has caused a peak loss of 245,000 U.S. jobs, but a gradual scaling back of tariffs on both sides would boost growth and lead to an additional 145,000 jobs by 2025, a study commissioned by the U.S.-China Business Council (USCBC) showed.

The U.S. has benefited from trade and investment flows from China, while its trade war with the country has only hurt its own economy and failed to achieve major policy goals outlined by the administration of outgoing U.S. President Donald Trump, Alex Mackle, senior economist at Oxford Economics who recently wrote the report on the bilateral economic relationship, told CGTN.

"Under our trade war de-escalation scenario, where both governments gradually scale back average tariff rates to around 12 percent (compared with around 19 percent now), the U.S. economy produces an additional $160 billion in real GDP over the next five years and employs an additional 145,000 people by 2025," the report said.

In terms of the U.S.'s future trade policy with China, Mackle said the administration of President-elect Joe Biden will likely take a more measured and predictable approach, and this would bring some economic benefits.

But he doesn't think there will be a major change in the policy stance toward China soon. Mackle said the Biden administration will likely seek to build a broader multilateral consensus in advanced economies regarding policies towards China.

Trump had vowed to put "America first" in foreign policy and imposed tariffs during his tenure, which Mackle believes have dented the sentiment of global businesses and investors.

He said an escalation of the trade war increased global financial volatility and uncertainties, and that leads to lower investment. Beyond the Trump administration, businesses are worried about rising skepticism toward globalization, he added.

"The Trump administration's launch of a trade war against China will not solve the United States' own problems. It will only harm others and itself," he said, adding that China hopes that the U.S. will listen carefully to rational domestic voices, work with China in creating a favorable atmosphere for the healthy development of China-U.S. economic and trade cooperation.

USCBC represents major American companies doing business in China. It said the study by Oxford Economics also includes an "escalation scenario" which estimates a significant decoupling of the world's two largest economies could shrink U.S. GDP by $1.6 trillion over the next five years. This could result in 732,000 fewer U.S. jobs in 2022 and 320,000 fewer jobs by 2025, it said.

USCBC President Craig Allen, who has been supportive of Trump's efforts to change China's trade and technology transfer policies, said it was important that the group articulate the consequences of policy choices in the U.S.-China relationship.

"In the case of the tariffs, it's very important that we understand the full economic cost of these choices," Allen told a press briefing.

"With China forecast to drive around one-third of global growth over the next decade, maintaining market access to China is increasingly essential for U.S. businesses' global success," the study said.