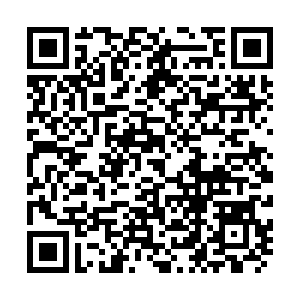 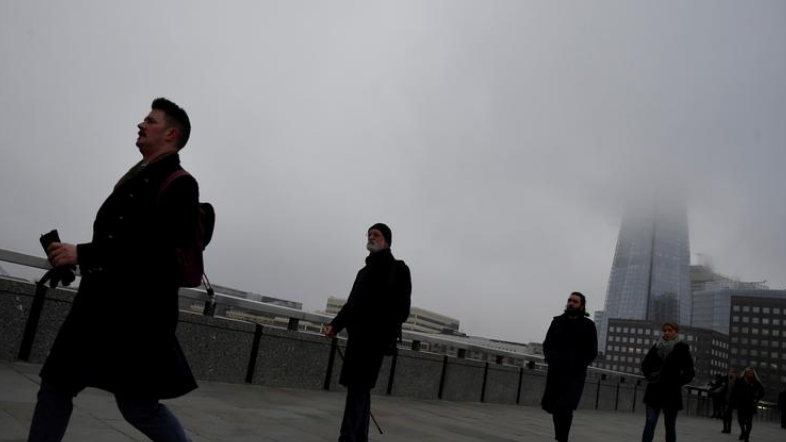 Workers cross London Bridge with The Shard skyscraper seen behind on a foggy morning, in the City of London financial district, amid the spread of COVID-19, London, Britain, December 7, 2020. /Reuters

Workers cross London Bridge with The Shard skyscraper seen behind on a foggy morning, in the City of London financial district, amid the spread of COVID-19, London, Britain, December 7, 2020. /Reuters

Britain's economy shrank by 2.6 percent in November, the first monthly fall in output since the country was under its initial COVID-19 lockdown last April as new restrictions were imposed to slow the spread of the disease.

However, the scale of the decline was much smaller than most analysts expected – a Reuters poll had pointed to a 5.7 percent contraction.

Britain's economy is now 8.5 percent smaller than it was before the start of the coronavirus pandemic in February.

"Many businesses adjusted to the new working conditions during the pandemic... while schools also stayed open, meaning the impact on the economy was significantly smaller in November than during the first lockdown," Darren Morgan, a statistician from the UK-based Office for National Statistics said.

The Bank of England (BoE) had estimated Britain's economy would shrink by just over 1 percent over the final three months of 2020.

With a new lockdown in place since January the country is still at risk of falling into a double-dip recession.

The BoE ramped up its bond-buying program to almost 900 billion pounds ($1.23 trillion) in November and Governor Andrew Bailey said this week that it was too soon to say if further stimulus would be needed.

At its lowest point in April, when many businesses closed temporarily, output was a record 25 percent below its year-ago level.

November's downturn was led by the services sector, where output fell 3.4 percent from October as pubs, restaurants, non-essential shops and many other consumer services businesses had to shut as part of a four-week lockdown in England and similar measures in other parts of the United Kingdom.