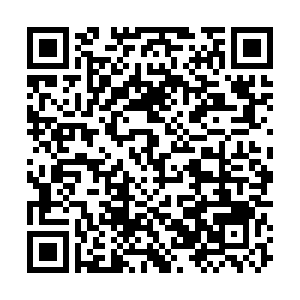 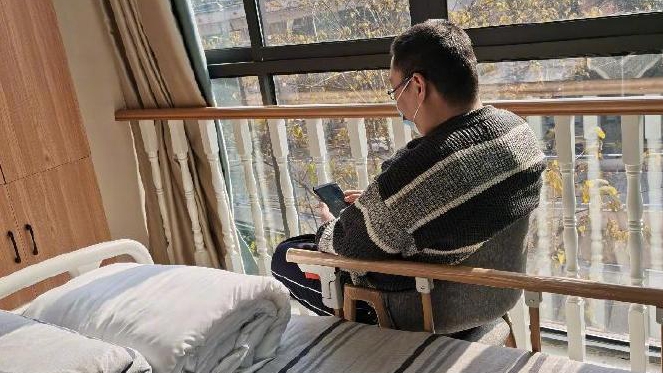 Gu enjoys sunlight in the nursing home in Chongqing. /A screenshot from the Sina Weibo account of Chongqing Morning Post

Gu enjoys sunlight in the nursing home in Chongqing. /A screenshot from the Sina Weibo account of Chongqing Morning Post

A 39-year-old male network technician has been reported to be the youngest resident at a nursing home in southwest China's Chongqing Municipality, drawing the attention of many netizens in China.

Identified only as Gu, he was diagnosed with knee joint synovitis after falling down at his home one day in 2019. During his stay at the hospital where he received treatment, Gu hired a nursing assistant to take care of him, because he is single and his parents died of cancer years ago.

He was later discharged from the hospital in the second half of 2020. However, he was worried he would fall again with no one to care for him, leading his aunt to advise him to stay in a nursing home until he makes a complete recovery.

Initially Gu resisted the suggestion: "I am still young, how can I go to live in a nursing home, whose residents are mostly seniors?" he told cqdsrb.com.cn, a local media outlet in Chongqing.

After searching for information on nursing homes and serious deliberations, Gu finally chose a nursing home that provides both medical treatment and elderly care at the end of 2020.

Gu once thought he would fall into depression upon living in the nursing home, since he had been reclusive while receiving his year-long treatment at the hospital and had also lost his job.

However, Gu found he enjoyed life here. "Thanks to regular dinners and sleep, I am fatter than the days at hospital," Gu said. 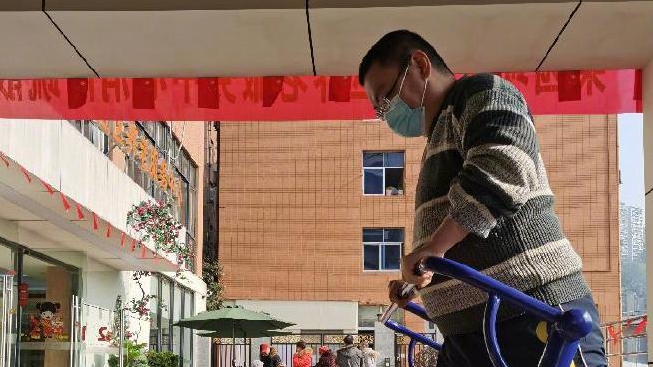 Gu also gained a sense of accomplishment from teaching seniors how to use their mobile phones.

"I feel honored to be needed by these seniors," said Gu, who often teaches the elderly how to take photos with their cell phones and how to buy things on e-commerce platforms like Taobao.

"Nowadays, Gu is enthusiastic and cheerful, while he was not willing to leave his room when he began to live here," He Renmei, director of the operation department at the nursing home, told cqdsrb.com.cn.

The hashtag #39-year-oldNetworkTechnicianLivesInNursingHome on Sina Weibo has garnered 210 million views and 9,902 discussions so far. A Weibo post showing Gu's story, which was posted by Chongqing Morning Post, received 83,690 likes and 2,480 comments in 24 hours.

Some netizens agree a nursing home is a good option for those in poor health without a caretaker, some expressed their willingness to live in nursing homes when they get old, while others said Gu's experience shows that high-salary IT practitioners often work too hard at the expense of their health.

It's estimated that China has more than 200 million single adults, and 77 million of them live alone. Experts advise this group of people to keep a close group of frequent contacts in case of emergencies and to maintain regular exercise to stay healthy.