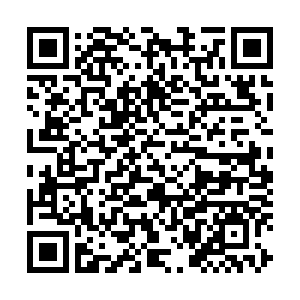 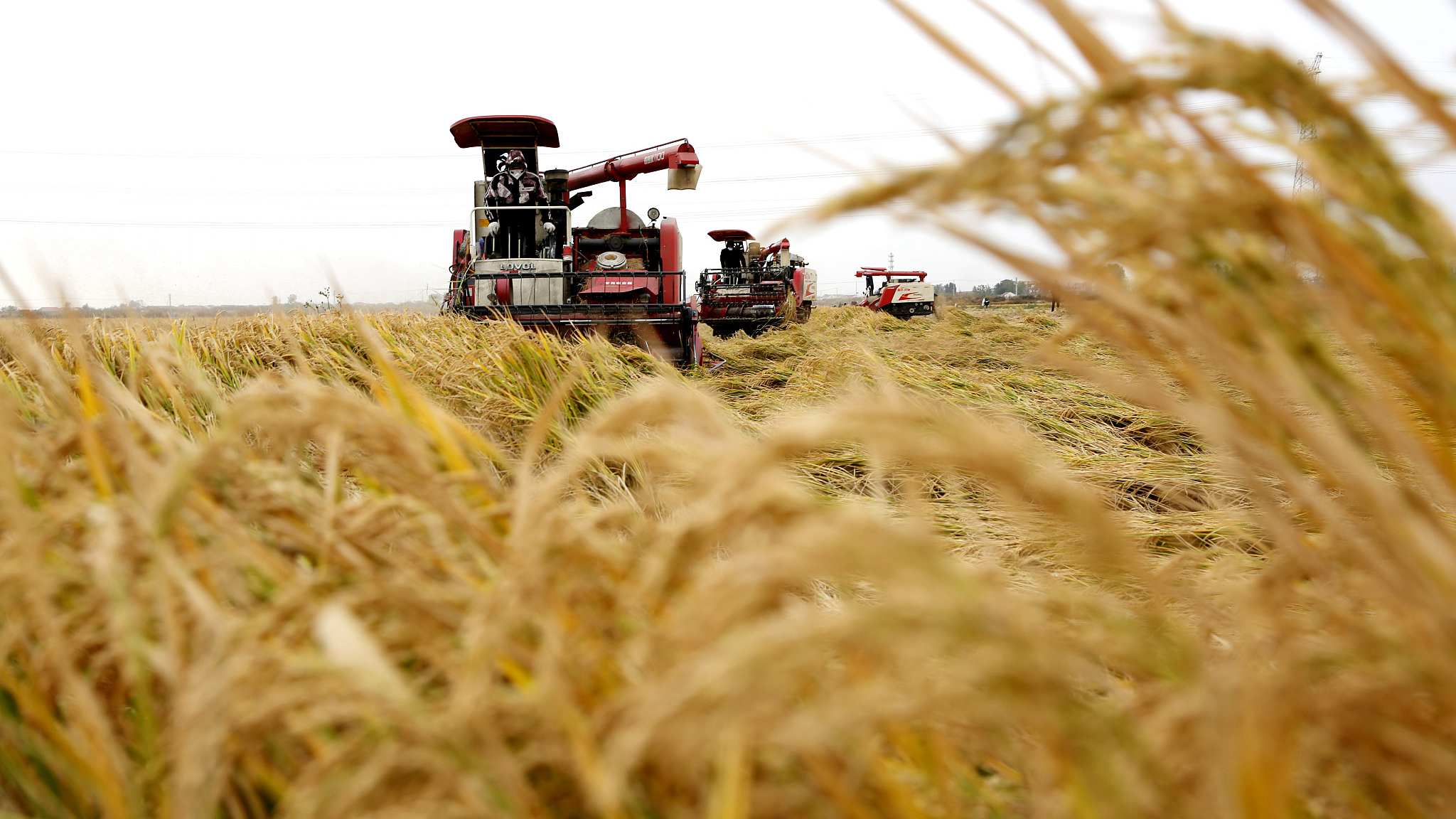 The team of renowned Chinese agronomist Yuan Longping on Friday said they planned to plant a special rice to transform 6.7 million hectares of saline-alkali land in the country over the next eight to 10 years.

The team led by Yuan, dubbed China's "father of hybrid rice," said they had already signed contracts to reclaim 400,000 hectares of saline-alkali land and their target this year is to plant saline-alkali soil rice in one-sixth of the land.

The announcement was made at a forum on saline-alkali soil rice held in Sanya, south China's Hainan Province.

"In 2020, we made great strides in the breeding, cultivation techniques and soil improvement of saline-alkali tolerant rice. With joint efforts, we will no doubt achieve the goal of turning 100 million mu (6.7 million hectares) of saline-alkali soil into fertile land," said Yuan, 90, in a video message to the forum.

Yuan's team successfully developed varieties of saline-alkali tolerant rice in 2017, with a record average yield of over 800 kg per mu, or 12 tonnes per hectare, in eastern Jiangsu Province last year.

Last year, the Qingdao Saline-Alkali Tolerant Rice Research and Development Center, led by Yuan, expanded the ambitious program by planting about 6,667 hectares of the rice in ten pilot centers across the country. 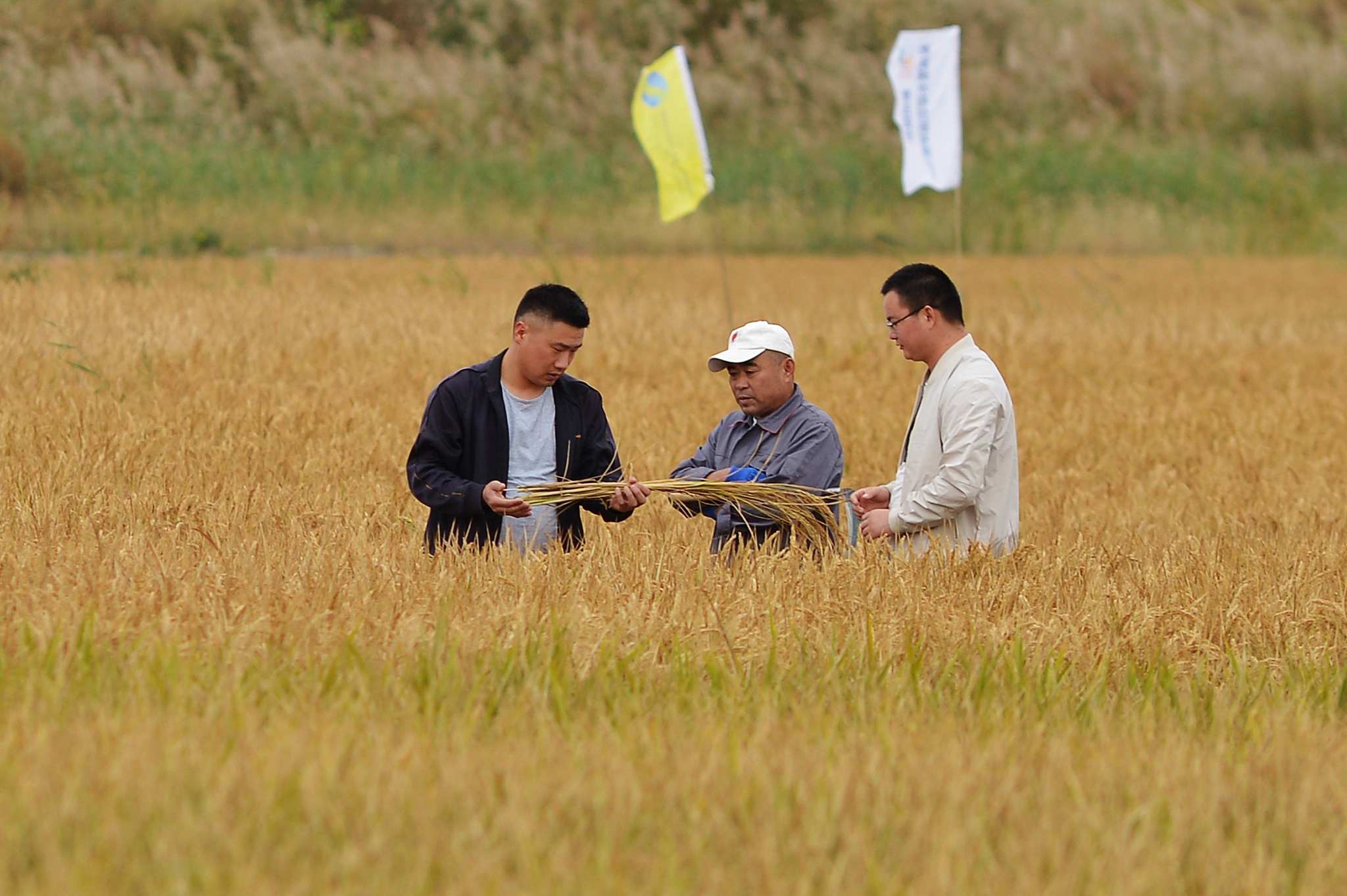 Zhu Ming, an academician with the International Eurasian Academy of Sciences, said China's saline-alkali soil rice research and planting is of great significance to safeguarding food security as the country has large swathes of uncultivated saline-alkali land.

China has about 100 million hectares of saline-alkali soil, about one-fifth of which could be modified into arable soil.

Mi said on average, the output of the special rice across all planting areas stood at more than six tonnes per hectare, which is economically viable for farmers.

"If the (saline-alkali) land can be used to grow rice and produce grain, it means that some acreage can be set aside for producing other cash crops," said Mi, also a member of Yuan's team. The ambitious program could thus help China reduce its reliance on imports for corn and soybean, Mi said.

These efforts to increase food production will also benefit the global food supply and contribute to achieving the UN zero hunger goal, he said.

Global grain production and agriculture must make considerable changes in a bid to help eradicate hunger for 925 million people in the world and feed the newly-added 2 billion population by 2050, said Yang Lin, a member of the Steering Committee of the Global Coalition of Think Tank Networks for the UN's South-South Cooperation.

China's saline-alkali soil rice is transforming agricultural production and the large-scale planting across China and around the world has a direct bearing on global sustainable development, Yang said.

It is of practical significance and great urgency to promote the planting of saline-alkali soil rice when the food issue is becoming more prominent amid the raging COVID-19 pandemic, said Wang Nan, a researcher with the China-Africa Institute.