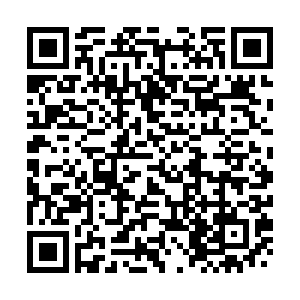 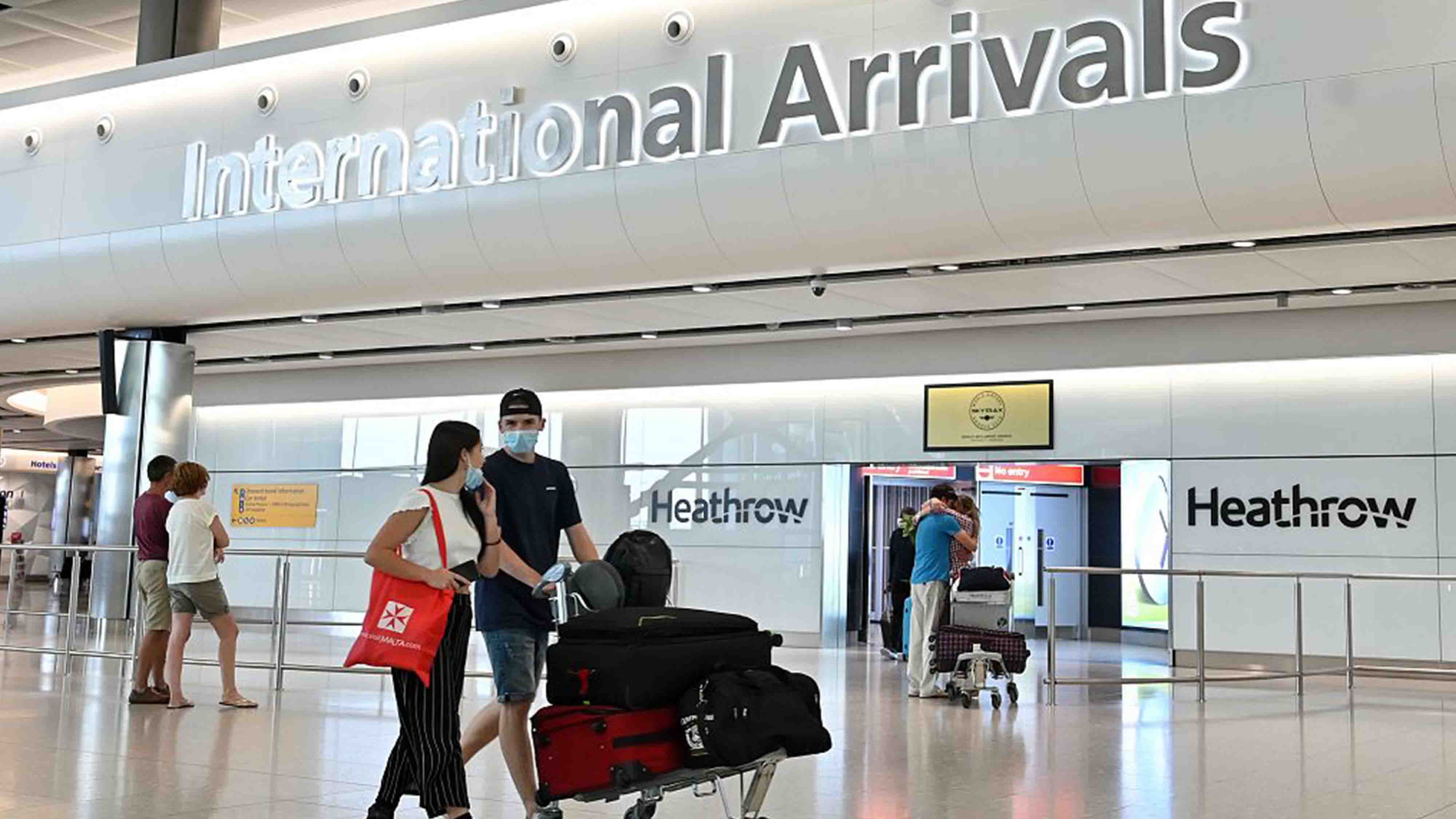 The new, highly transmissible variant of the coronavirus first discovered in Britain could become the dominant variant in the United States by March, the U.S. Centers for Disease Control and Prevention (CDC) warned on Friday, after global COVID-19-related deaths passed the two million mark.

The variant, known as B.1.1.7, is believed to be twice as contagious as the current strain of the virus circulating in the United States. So far, 76 people from 10 U.S. states have been infected with the U.K. variant.

Britain is tightening border controls to block new variants of COVID-19, suspending all "travel corridor" arrangements, including arrivals from some countries that did not require quarantine. The rule changes come into force at 0400 GMT on Monday.

"What we don't want to see is all that hard work undone by the arrival of a new variant that is vaccine-busting," Prime Minister Boris Johnson told a news conference, explaining the end of travel corridors at least until February 15.

The border control order comes as a ban on travelers from South America and Portugal came into force on Friday over concerns about a new variant identified in Brazil.

A Brazilian nurse, who fought off coronavirus five months ago, got reinfected with the new variant.

The variant, which today spooked ministers into banning all flights to the UK from South America, carries a mutation that may make the virus able to get past immunity developed from older versions of the virus. 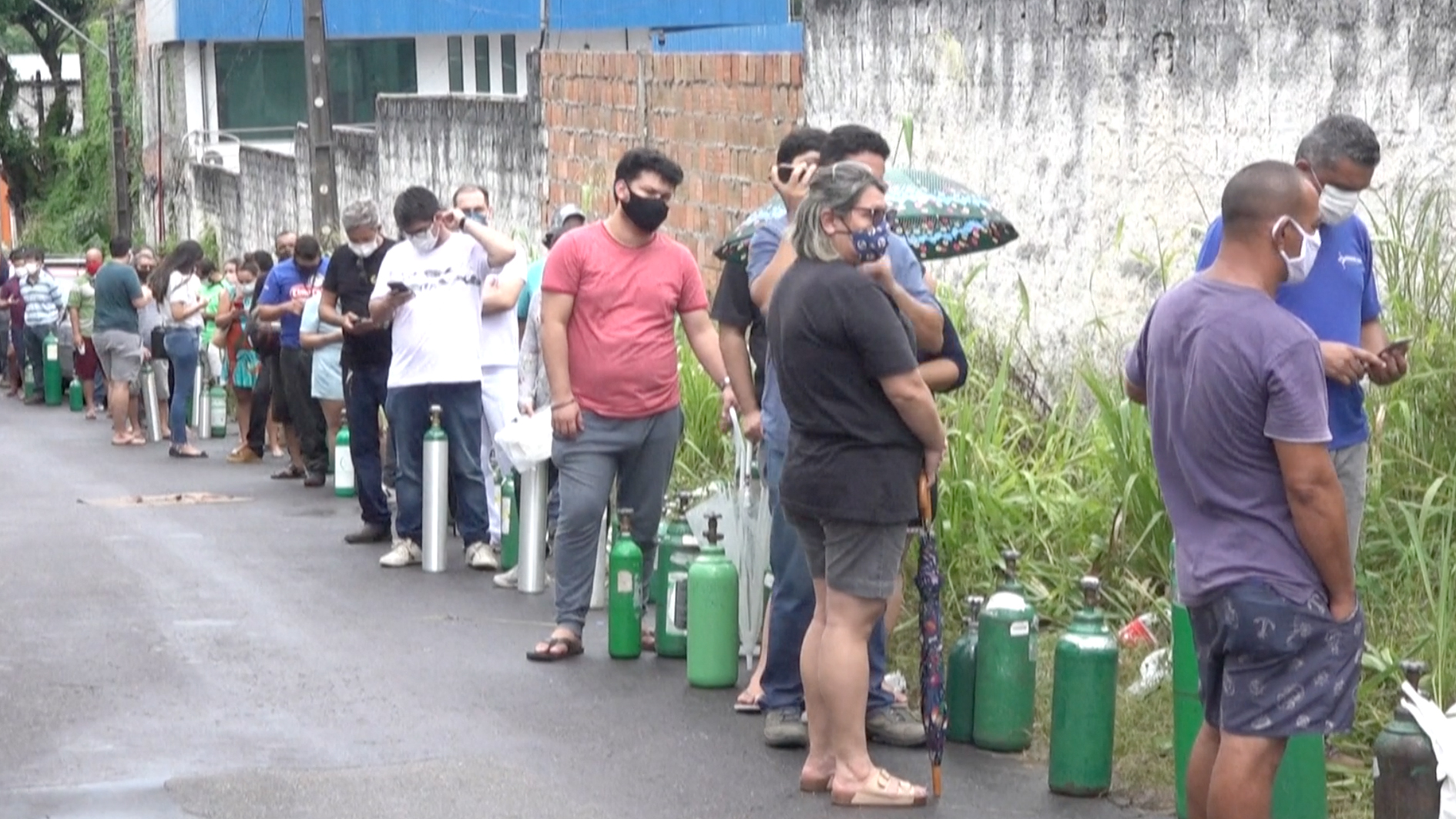 Brazil had 69,198 new confirmed cases of coronavirus reported in the past 24 hours, and 1,151 deaths from COVID-19, the fourth consecutive day with more than 1,000 fatalities, the Health Ministry said on Friday.

The ministry updated the data with 3,151 new cases and 113 deaths in the last 24 hours in Manaus, capital city of Amazonas, which is running out of oxygen as a second wave overwhelms its hospitals.

The Air Force flew cylinders with 9,300 kilograms of oxygen in from Sao Paulo state with another cargo expected on Friday.

Doctors were using their own vehicles to transport patients, as locals sought to buy oxygen tanks on the black market, according to media reports.

Desperate relatives, protesting outside hospitals in Manaus, said patients had been taken off ventilators as oxygen ran out.

Health authorities there said oxygen supplies had run out at some hospitals, and intensive care units (ICU) were so full that scores of patients were being airlifted to other states. Doctors reported sharing oxygen between patients, alternating every 10 minutes.

The Air Force said a flight carried nine patients from Manaus to Teresina in northeastern Brazil, and evacuations will continue with two planes taking patients to six cities.

Officials had planned to airlift 61 premature babies in incubators out of Manaus, but the relocation ultimately was not needed because emergency oxygen supplies were procured.

The World Health Organization (WHO) said ICU occupancy has been at 100 percent for two weeks in Manaus, causing shortages of oxygen and also of gloves and protective equipment for medical and laboratory staff, many of whom have been infected.

"This is a situation where your whole system begins to implode," Mike Ryan, WHO's top emergency expert, told a press conference in Geneva.

Brazil has now registered 8,390,341 cases since the pandemic began, while the official death toll has risen to 208,133, according to ministry data. It is the world's third worst outbreak outside the United States and India. 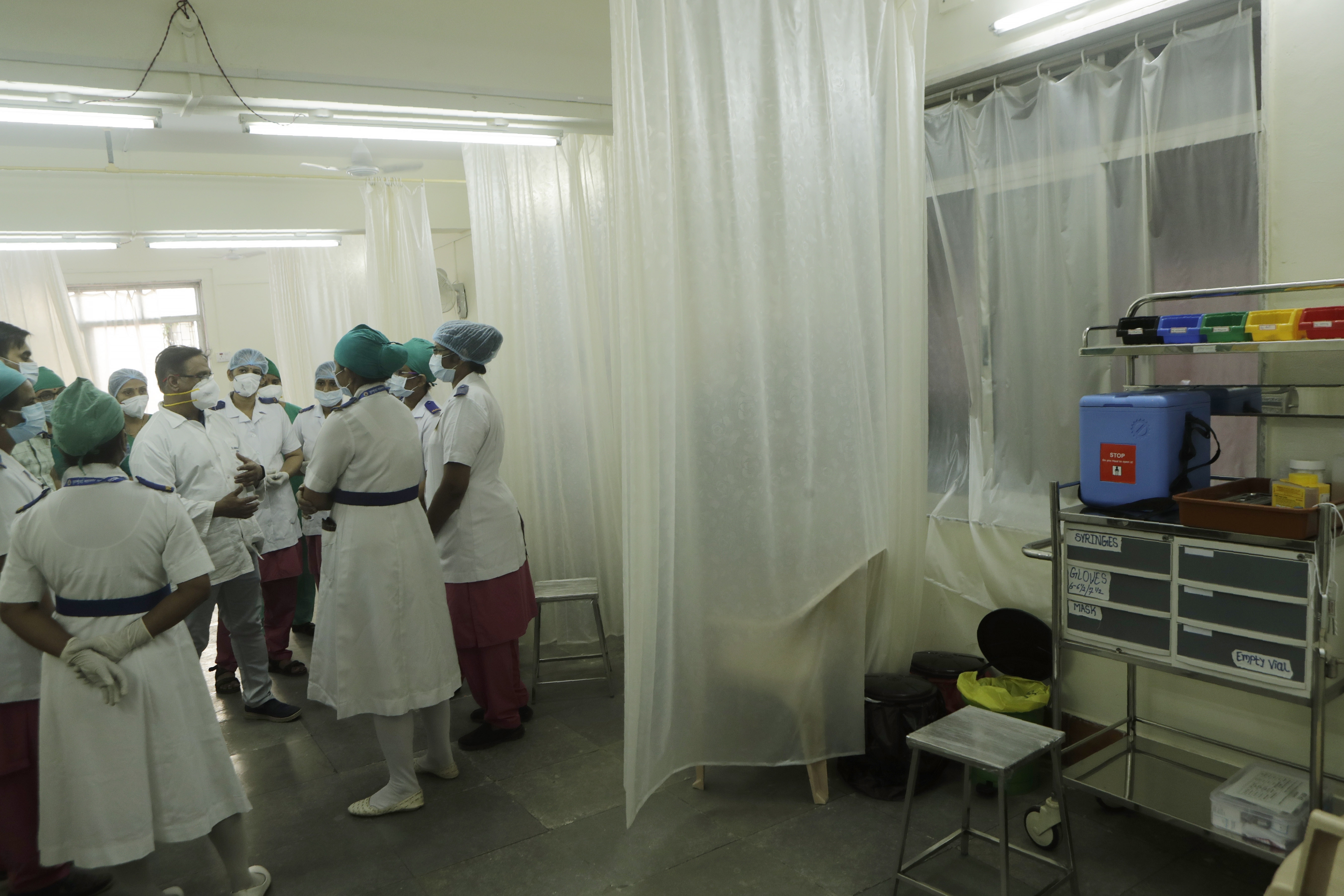 Across the world, India begins one of the world's biggest coronavirus vaccine programs on Saturday, a colossal and complex task compounded by safety worries, shaky infrastructure, and public skepticism.

The world's second-most populous nation hopes to inoculate around 300 million of its 1.3 billion people by July, a number equal to almost the entire U.S. population.

Health workers, people over 50, and those deemed at high-risk are prioritized to receive one of two approved vaccines, although one has yet to complete clinical trials.

On day one, around 300,000 people will receive the first of two doses, with Prime Minister Narendra Modi set to launch the program virtually in New Delhi. About 150,000 staff in 700 districts have been specially trained, and India has held several national dry runs involving mock transportation of vaccines.

Authorities say they are drawing on their experience with elections and child immunization programs for polio and tuberculosis in rolling out the vaccine.

But regular child inoculations are a "much smaller game," and vaccinating against COVID-19 will be "deeply challenging," said Satyajit Rath from the National Institute of Immunology.

Both COVID vaccines approved so far need to be kept refrigerated at all times, and others being developed will need to be stored at ultra-low temperatures too.

To account for this, India has readied tens of thousands of refrigeration tools, including 45,000 ice-lined refrigerators, 41,000 deep freezers, and 300 solar refrigerators. They will be sorely needed when India's scorching summer rolls around.

But in one recent exercise in rural Uttar Pradesh, a health worker was pictured transporting boxes of dummy vials on the handlebars of his bicycle.

There are also concerns about plans to manage the entire process digitally via India's own app, CoWIN, of which there are already several fake versions.

Authorities also need to make sure that vaccine doses do not "go missing" and end up being sold on India's large black market for medicines. 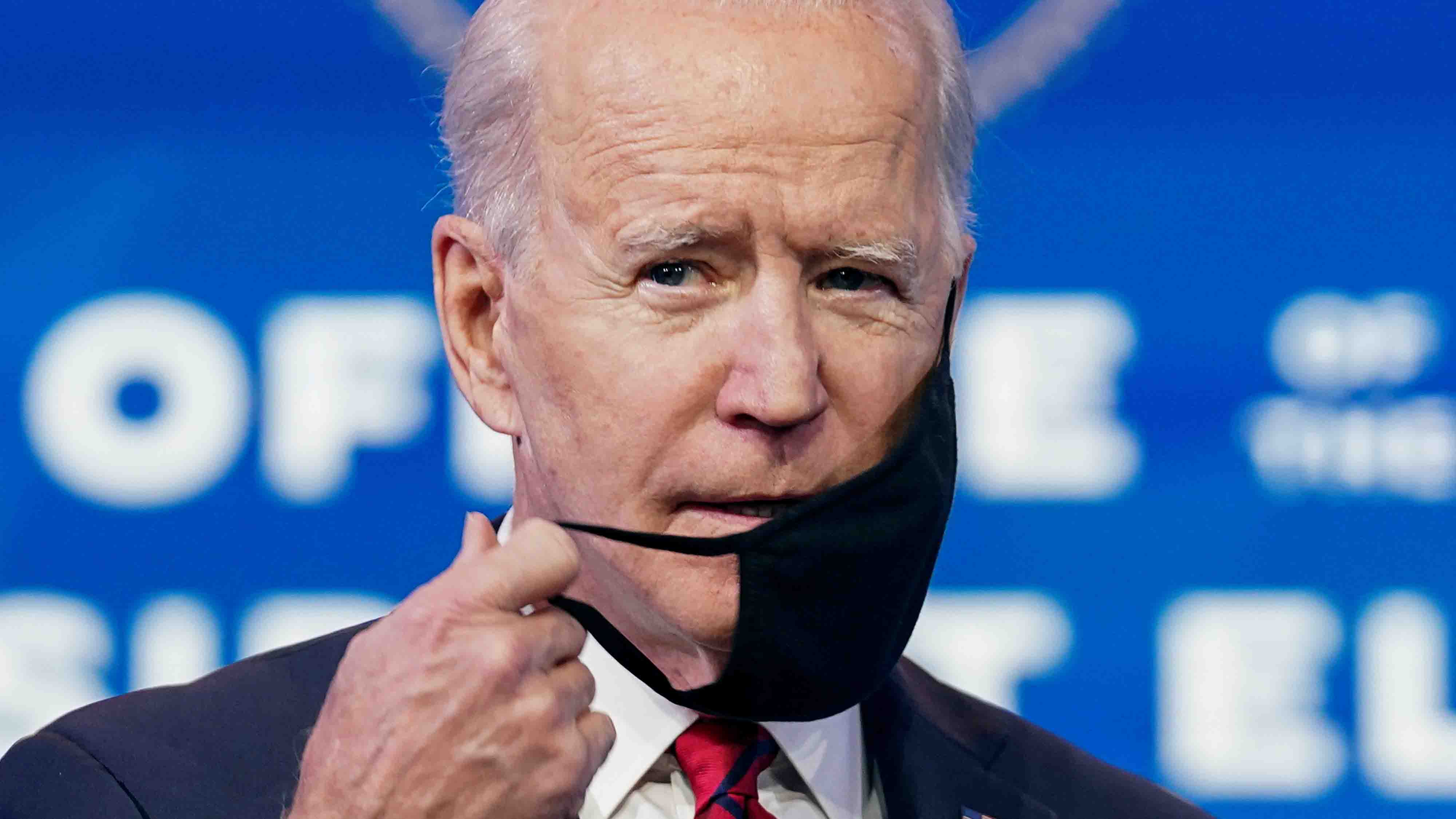 Biden lays out plan to get America vaccinated

In the U.S., more than 38,000 Americans have died of COVID-19 in the first two weeks of the new year, and another 92,000 could die from the virus over roughly the next three weeks, according to an ensemble forecast published by the CDC.

The CDC also said the highly contagious variant B.1.1.7 increases the percentage of the population that needs to be vaccinated to achieve protective herd immunity to control the pandemic.

U.S. President-elect Joe Biden on Friday said he would order increased production of syringes and other supplies to ramp up vaccinations against COVID-19 and improve upon the Trump administration rollout that he called a "dismal failure."

Biden has promised to get 100 million vaccine shots into the arms of Americans during his first 100 days in office.

"This is a time to set big goals and pursue them with courage and conviction because the health of the nation is literally at stake," said Biden, who takes office on Wednesday.

Under Biden's plan, federal disaster-relief workers would set up thousands of vaccination centers, where retired doctors would administer shots to teachers, grocery store workers, people over 65 years old and other groups who do not currently qualify.

The Democrat would invoke the Defense Production Act to increase production of equipment needed to distribute the vaccines, such as glass vials, needles and syringes, according to a document released by his transition team. He would also use the law to support vaccine refrigeration and storage.

Biden said his team has identified companies that are ready to be activated under the law, which enables the president to order businesses to produce items necessary for national defense.

States that use their National Guard in the effort would be reimbursed by the federal government, the transition team said.

The coronavirus has killed more than 390,000 people in the United States, and a top Biden adviser said on Friday the death tally could reach 500,000 by February.

The Chinese mainland on Friday reported 115 locally transmitted COVID-19 cases, 90 of them in north China's Hebei Province. The region surrounding Beijing has been hit hardest in the latest wave in the country.

Northeast China's Heilongjiang Province reported 13 cases, and the other two were in Shunyi District, Beijing.

As the worst-hit area, Shijiazhuang City, capital of Hebei Province, issued a notice extending its ongoing lockdown until January 19.

According to authorities in the city, they had completed two rounds of testing for COVID-19 in over 10 million people, finding 247 positive cases in the process.