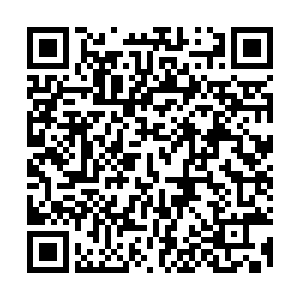 The Hong Kong Special Administrative Region (HKSAR) government on Friday expressed its strongly opposition to a U.S. annual report newly released by the United States Congressional-Executive Commission on China (CECC), saying it is "biased, politically motivated and not reflecting the truth."

In the statement, the HKSAR government stressed its efforts to safeguard national security through legislation is in line with international practice and the "One Country, Two Systems" framework.

According to the statement, the U.S. allegation that the offences under the National Security Law are vaguely defined is simply untrue. Instead, the National Security Law clearly stipulates four types of offences endangering national security and the penalties. "Law-abiding people, including Hong Kong residents and overseas tourists/investors, will not unwittingly violate the law," the statement said.

"Since implementation of the National Security Law, street violence has subsided and stability restored. The legitimate rights and freedoms of the people of Hong Kong have been upheld and criminals are brought to justice through our independent judiciary. A stable environment is vitally important to the prosperity of Hong Kong and the business activities of both local and overseas enterprises here," the statement added.

In addition, the statement reiterated the Chinese government has the right and duty to safeguard its national security and sovereignty, adding the country has the right to legislate for this matter under "One Country, Two Systems."

It urged the international community to "fully respect" the HKSAR's national obligation and not to adopt a double standard on this matter.

It also dismissed concerns over the erosion of freedoms by assuring residents that their legitimate rights and freedom are protected by the Basic Law, as well as the relevant provisions of international covenants on human rights as applied to Hong Kong.

When it comes to media outlets in Hong Kong, the statement stressed that freedom of the press is guaranteed as long as their operation does not affect police operations.

"On condition of not affecting police operations, the Police have all along been assisting in media reporting, so that both sides can perform their respective functions on the basis of mutual understanding and respect," the statement noted.