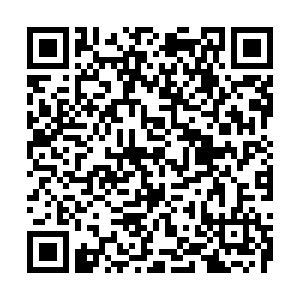 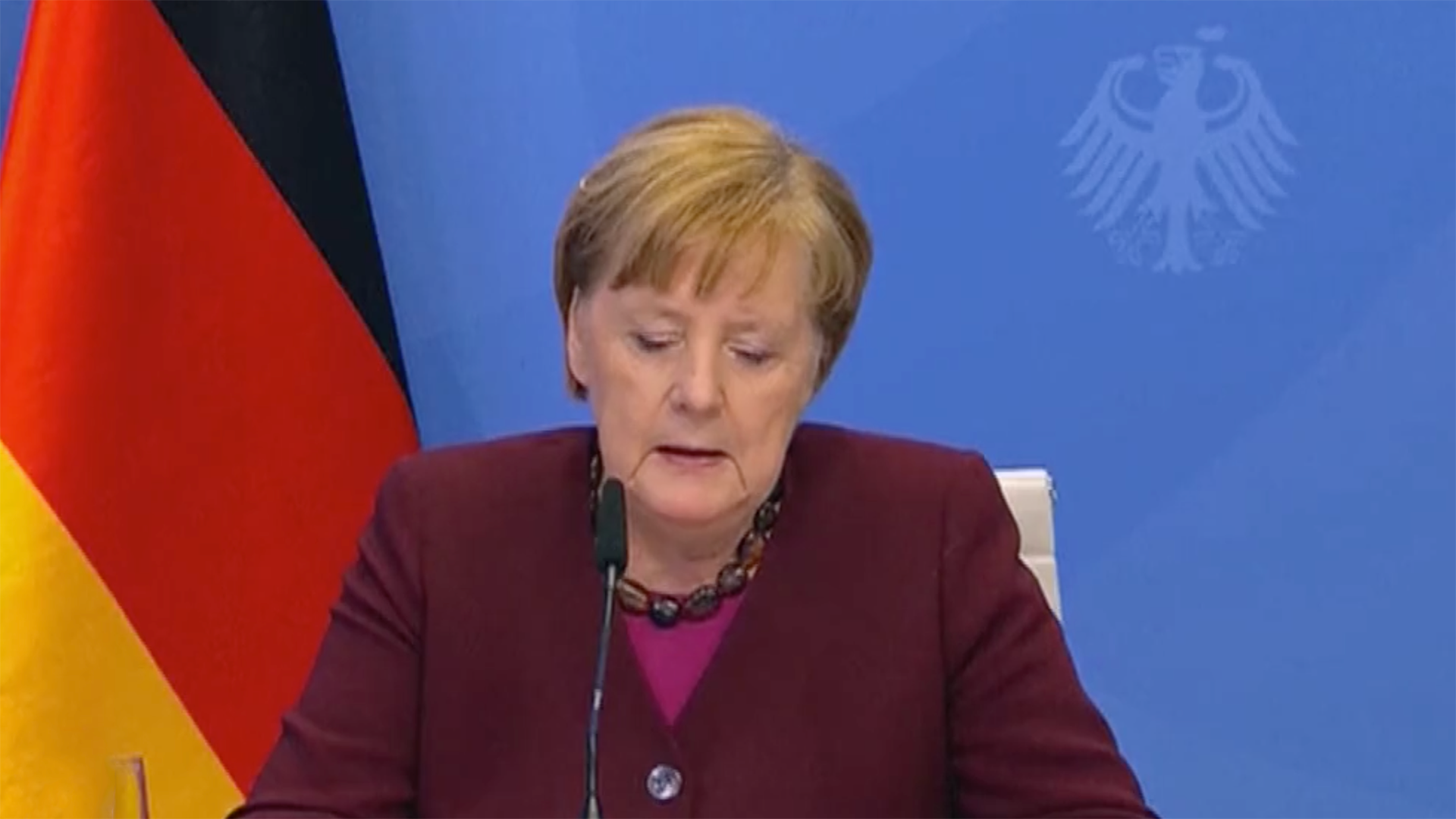 The veteran chancellor urged the party to remain rooted in the center ground on the eve of the vote, signaling her preference for a moderate candidate who can unite the party.

Three men are vying for the job: North Rhine-Westphalia state premier Armin Laschet, old Merkel rival Friedrich Merz and foreign affairs expert Norbert Roettgen. Merz has campaigned on a promise to shift the party to the right, writing in a column for the Spiegel that a "happy 'carry on like this' is just as inappropriate as the vague claim to occupy the center at all times."

Laschet and Roettgen, meanwhile, would be expected to continue with Merkel's more moderate centrist course. At the opening of the two-day congress, which had been forced online by the pandemic, Merkel signaled her rejection of Merz as she urged delegates to stay the centrist course.

"As a people's party of the center, we naturally seek solutions that balance out conflicts and always promote ... social cohesion," she said. "This has always distinguished us as a governing party," added Merkel. 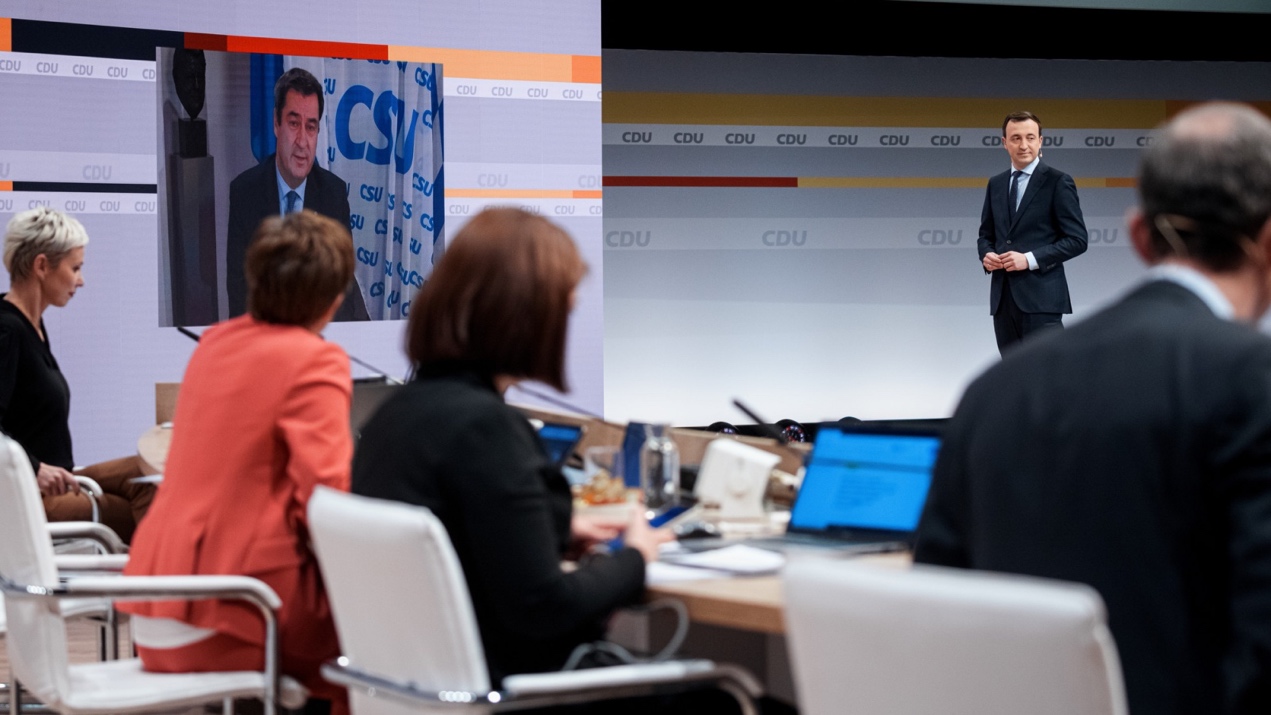 Giving a further hint of her choice, Merkel said she hoped that "a team will be elected that will take the fate of our proud party in its hands."

While she did not name names, the call appeared to indicate support for Laschet, who has campaigned on a joint ticket with Health Minister Jens Spahn as his deputy. Merkel had previously already said Laschet "has the tools" to be chancellor.

The 66-year-old, elected as Germany's youngest and first female chancellor in 2005, is planning to stand down after four terms and 16 years in the job following a general election in September. She had already given up the party's chairman job in 2018, but her preferred successor Annegret Kramp-Karrenbauer was forced to step down over her handling of a regional election scandal.

The head of the CDU traditionally leads the party into a general election as its chancellor candidate, meaning the winner of Saturday's vote would be in with a good chance of securing the top job. 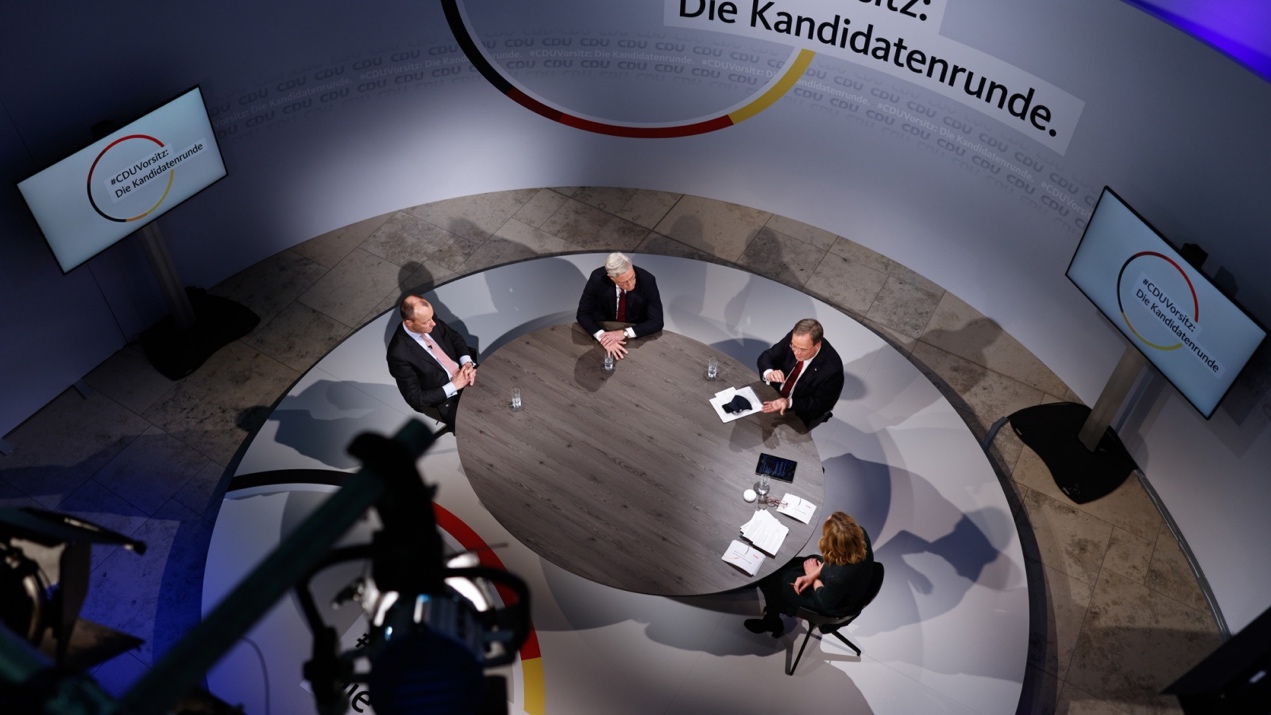 But with the pandemic dominating the discourse in recent months, no candidate stands out in the battle for the chairman post of the party that has dominated German politics for 70 years. Instead, many voices are calling for the conservative alliance to field someone else as its chancellor candidate.

Most popular at the moment is CSU leader and Bavarian state premier Markus Soeder, whose robust response to the pandemic has won him widespread praise and given him a national spotlight. Another contender could be Spahn, who has reportedly been sounding out his chances behind the scenes.

The latest surveys of CDU members indicate a close race on Saturday, with Merz narrowly out in front and Laschet and Roettgen polling neck-and-neck just behind.

A Merz victory could lead to a dramatic departure from the middle-ground consensus politics that has granted Merkel lasting popularity in a wealthy, aging nation that tends to favor continuity over change.
Merkel helped Germany weather storms, including the global financial crisis and eurozone turmoil, as she shifted her CDU firmly to the political center.

Support for the chancellor plummeted after Germany kept open its borders in 2015 to a mass influx of refugees, dividing society and leading to the rise of the far-right. But in the twilight of her reign, Merkel's popularity has soared again, thanks to her handling of the coronavirus pandemic, making it increasingly difficult for Germans to imagine political life without her.