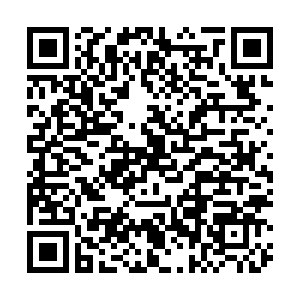 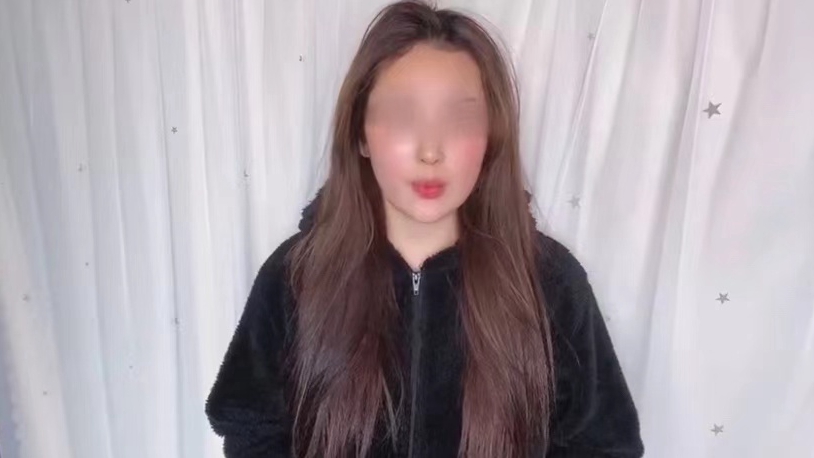 Zhou Beilei, one of the victims, recounts her experience via a video released on Sina Weibo. / Zhou's Sina Weibo account (the picture release has Zhou's consent)

Zhou Beilei, one of the victims, recounts her experience via a video released on Sina Weibo. / Zhou's Sina Weibo account (the picture release has Zhou's consent)

A middle school teacher from southwest China's Sichuan Province has been sentenced to 14 years in prison after being charged with forcible molestation of his minor students, CGTN learned from a local court in Mianyang City.

The offender surnamed Wu, who worked as a math teacher and vice-principal of a prestigious middle school in the province was found guilty and sentenced to seven years of imprisonment for "coercive indecency" and an eight-year term for child molestation, reads the verdict released on Wednesday.

According to China's Criminal Law, offenders who molest minors under 14 years old will be charged with the child molestation.

Besides the 14-year prison term, the court also ruled that he is forbidden to engage in any education-related jobs within five years of his release at the expiration of sentence or on parole.

The matter came under the spotlight in April 2020 after Zhang Shuyue, one of Wu's former students, took the issue online.

Zhang recalled that during an online conversation, Wu told him and his classmates that he was going to work as a principal in another school and asked them to help promote the information "just as I once helped you."

"How have you helped us? Sexual harassment, corporal punishment, or verbal humiliation? The three years in middle school were almost the darkest of my life," Zhang replied, as was shown by a screenshot of the conversation posted online.

"I just want to express my stance and attitude frankly. Is it what we have suffered just be wiped away that easily?" Zhang told CGTN. He added that he was one of the many boys who used to be violently punished by Wu and also a witness of the teacher's blatant molestation of many girls.

Zhang later posted the chat records on the twitter-like platform Sina Weibo, stirring up heated discussions. Many Sina Weibo users claimed to be victims of Wu, including Zhou Beilei, a beauty blogger with more than one million followers. 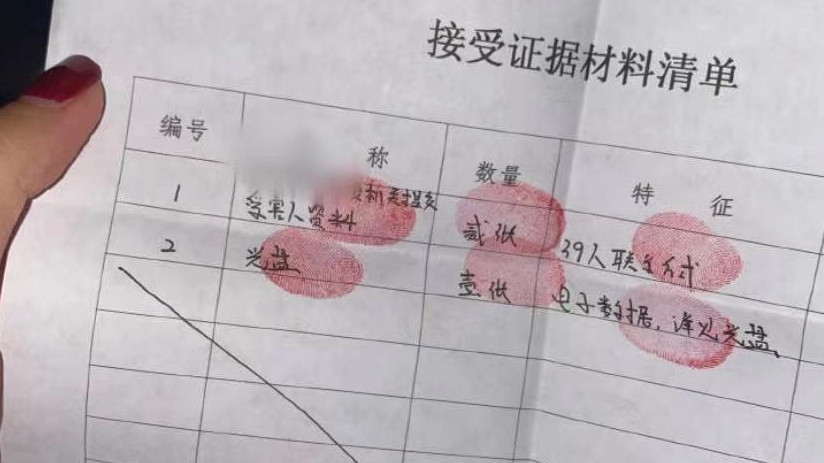 A list showing the evidence Zhou submited to the police. / Zhou Beilei

A list showing the evidence Zhou submited to the police. / Zhou Beilei

Echoing Zhang, Zhou later released a video, recounting how she was molested multiple times when she was only 13.

"I was somewhat anxious in the beginning. I worried that the school was too powerful, and my private life would be affected if I post the video. But I told myself I couldn't keep silent," Zhou told CGTN, noting that her previous attempts to safeguard rights online just went in vain.

To her surprise, reaction from other victims snowballed quickly, with various molestation behavior exposed, both verbally and physically, spanning a period of 20 years.

"Due to that experience, and for quite a long time, I was afraid of attending school and staying close to males. I even felt disgusted towards them during high school, and I had to seek psychological help later," said Zhou.

A total of about 40 victims chose to report to police and take legal actions. For them, the verdict was a relief, but it's still far from satisfactory.

"I don't think perpetrators like Wu change their nature. Criminals like sex offenders and human traffickers deserve the harshest punishment, even the death penalty. This is not the final decision; Wu still has the chance to appeal," said Zhou.

Wan Miaoyan, a Sichuan-based lawyer who has represented many survivors in sex offense cases, said the verdict demonstrates progress made in law enforcement, as jail time for severe offenders was extended after amendments to related clauses in the Criminal Law.

"Considering that Wu has hurt a large number of minors during a long period of time, the penalty should be heavier," said Wan.

The Law on the Protection of Minors was amended late last year and will take effect starting June 1. The Supreme Court of China said during a meeting on Sunday that various crimes against minors should be resolutely punished in a severe manner, including the death sentence, stressing that no mercy should be given to those committing crimes as murder, trafficking, and rape against minors.

In recent years, more sexual harassment or assault cases in schools have been exposed. In May last year, a group of young men also from Sichuan accused their former teacher of sexually harassing or assaulting them in different ways.

"I think it's a kind of manifestation of consciousness awakening among the younger generation. We are more likely to reflect on the reasonability and legitimacy of something we are suspicious of and choose to speak out," said Zhang. "At the same time, it reflects an improvement in the legal environment."

To curb such tragedies, Zhang suggested that sex education should be implemented in schools at all levels, and starting from an early age.