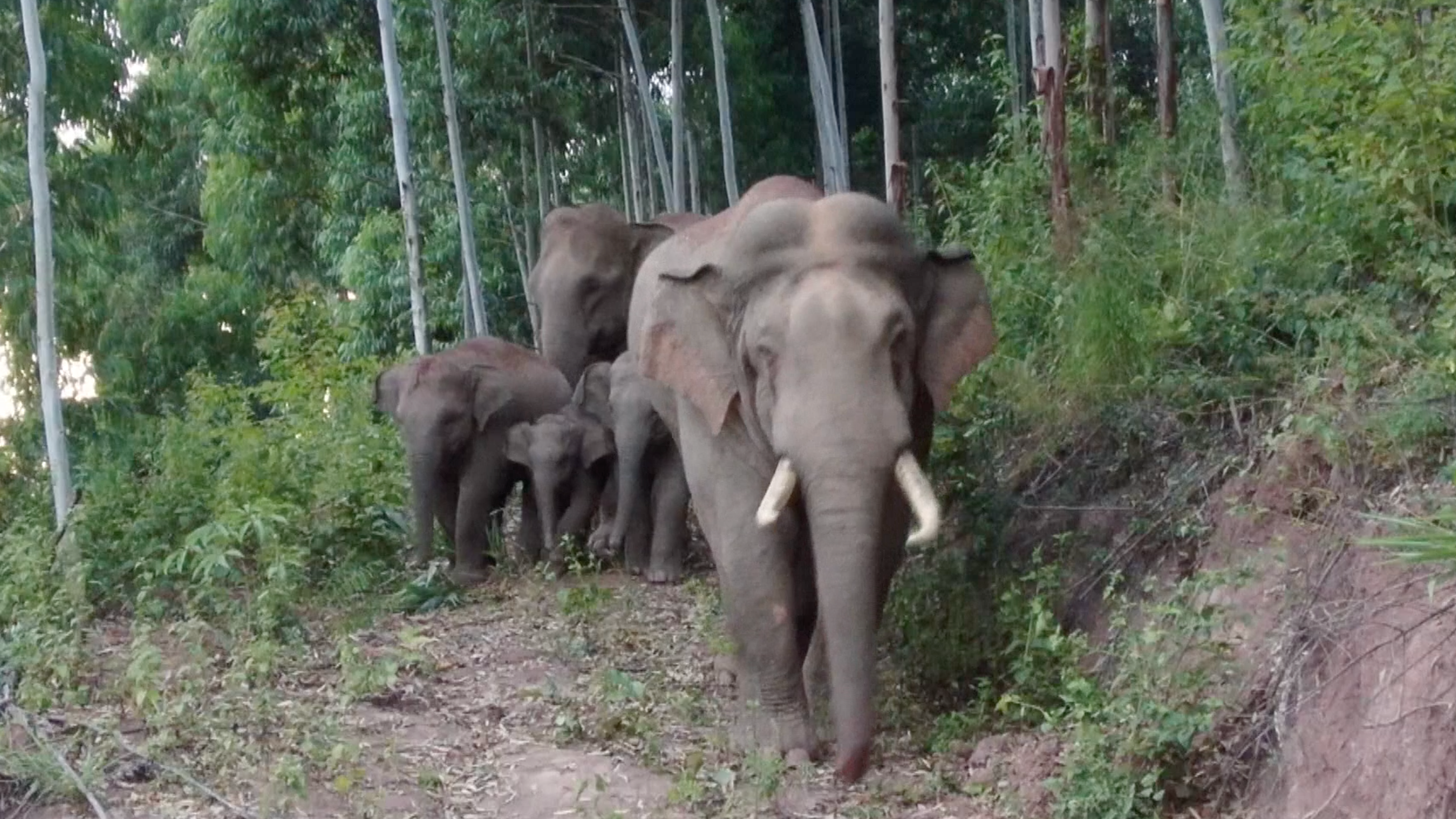 Since last March, 16 wild Asian elephants moved north from Xishuangbanna to the Pu'er area, passing through Jiangcheng, Mojiang and other counties and districts along the way.

"When we found the elephant, it had already given birth to a baby. Then a few days later, we found out that she had another baby elephant. When the herd of elephants first migrated to this place, there were 16. Now, plus the two newborn babies, there are 18 elephants in total," said Zhou Zhitao, director of the wildlife protection department of Pu'er Forestry and Grassland Bureau.

Local authorities have strengthened early warning and prevention measures by employing villagers as observers to enhance the tracking and monitoring of the elephants in order to avoid potential conflicts between the animals and residents.

Meanwhile, at the Xishuangbanna Tropical Zoo, an Asian elephant named Ya Long also gave birth to a baby weighing 95.4 kilograms on January 14, after 21 months and 19 days of pregnancy.

"It took the baby elephant about 20 minutes to get up. Now, its breathing and other physical signs are normal," said Ji Yang, a veterinarian of the Xishuangbanna Tropical Zoo.

To keep the baby warm, workers have lit a fire next to the enclosure to make sure the temperature of the room is above 15 degrees Celsius. Sugarcane, elephant grass, brown sugar and other nutritious food were also prepared for Ya Long to replenish her energy.

Workers currently rotate shifts to make sure a staff member can be on site around the clock.

The Asian elephants living at the Xishuangbanna Tropical Zoo are all rescued from the wild, some with diseases.

As the flagship species of the tropical forest ecosystem, the Asian elephant is under first-class state protection in China and is mainly seen in Yunnan's Xishuangbanna, Pu'er and Lincang cities.

Since female Asian elephants have a long gestation period of around 22 months, the population of elephants in the wild grows very slowly.

After more than 30 years of rescue and protection efforts, the number of Asian elephants in Yunnan has grown from 193 in the early 1980s to about 300.