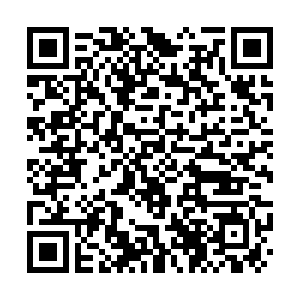 Days after being shunned by the Foreign Minister of Luxembourg Jean Asselborn, who called Trump a "pyromaniac" and after being aptly rebuffed by Beijing over the recent Congressional-Executive Committee on China's report regarding Xinjiang, the United States faced further embarrassment as Hong Kong rejected the Congressional report's assessments censuring the Chinese government's handling of the city.

The latest rebuke makes it three in a row in January and that too for a discredited administration desperate for international recognition. Such attempts continue to be futile and buttress Trump's foreign policy critics who maintain that American narratives lack traction and incoming President-elect Joe Biden has plenty to deal with internationally.

The annual report on Hong Kong released by the Congressional-Executive Committee on China (CECC) criticized the "One Country, Two Systems" framework, which dates back to 1997 when Hong Kong became the Special Administrative Region of China. The futile attempt to arouse public sentiment in Hong Kong resulted in the local government labeling the latest overture as biased, politically motivated and mere fabrication.

The report was criticized in the same manner as the earlier CECC assessment on Xinjiang. It is evident that geopolitics is in full swing by the current U.S. administration, with unconvincing cases meeting little traction internationally.

The fact that a targeted party has questioned the assessments' veracity is not a new phenomenon for the Trump administration. However, it is surprising that such subjects are continuously propped up unabashedly. 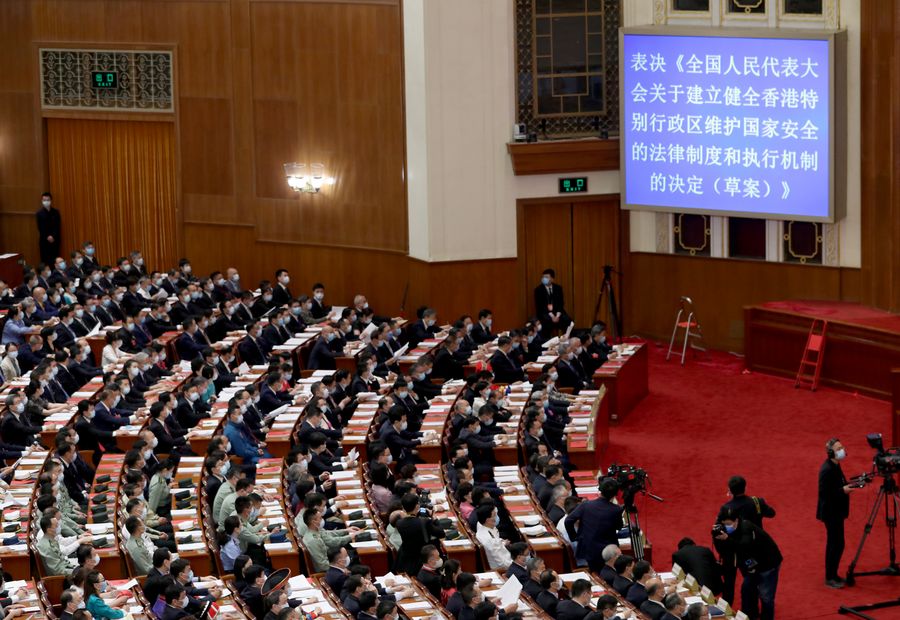 The closing meeting of the third session of the 13th National People's Congress is held at the Great Hall of the People in Beijing, capital of China, May 28, 2020. /Xinhua

The closing meeting of the third session of the 13th National People's Congress is held at the Great Hall of the People in Beijing, capital of China, May 28, 2020. /Xinhua

The contentious narrative of the CECC report revolves around attempts to undermine the rule of law and respect for human rights in Hong Kong. It was met with a rebuttal from the Hong Kong government, which stressed how safeguarding national security through legislation is in line with international practices. Yet, such assessments also reek of dualism and hypocrisy. The U.S. media have continuously labeled the Capitol Hill insurrection on January 6 as subversion and acts of domestic terrorism, yet the violence and chaos in Hong Kong are considered "democratic."

With reports of domestic terrorist organizations planning on wreaking havoc on peace and tranquility across the United States ahead of Biden's inauguration, Washington confronts a national security threat domestically, which must be met with sweeping legislation and blanket security measures. However, the attention almost always shifts to Hong Kong, where this time around, the national security law in the territory is equated with the intimidation and muzzling of the Hong Kong civil society. It is both weak and hollow.

The law on safeguarding national security in Hong Kong is erroneously viewed as threatening the right to due process and freedom of expression. But there is scant understanding of how the draft law submitted to the National People's Congress of China for deliberation was based on the latter rightfully exercising constitutional power. The objective was to set up a new legal framework and mechanism to ensure that the national security of Hong Kong is safeguarded, guaranteed and assured. It is unsurprising, though, that such nuances have not been counted.

The bland assessments are just one side of the Hong Kong equation. On January 15, the United States announced sanctions against six Hong Kong officials. It is part of the hardline policy adopted on China as a whole. The sanctions have been met with anger and disgust by the Commissioner's Office of the Chinese Foreign Ministry in Hong Kong and were denounced by the Hong Kong government as "insane, shameless and despicable." Such moves are contrary to American objectives, given that the HKSAR government has vowed its full support of the central government in adopting countermeasures to American provocations. The sources of embarrassment for the Trump administration continue unabated both factually and in principle.