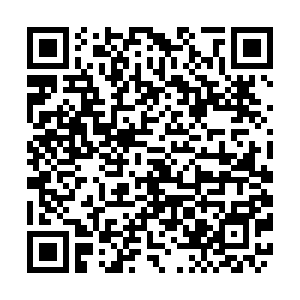 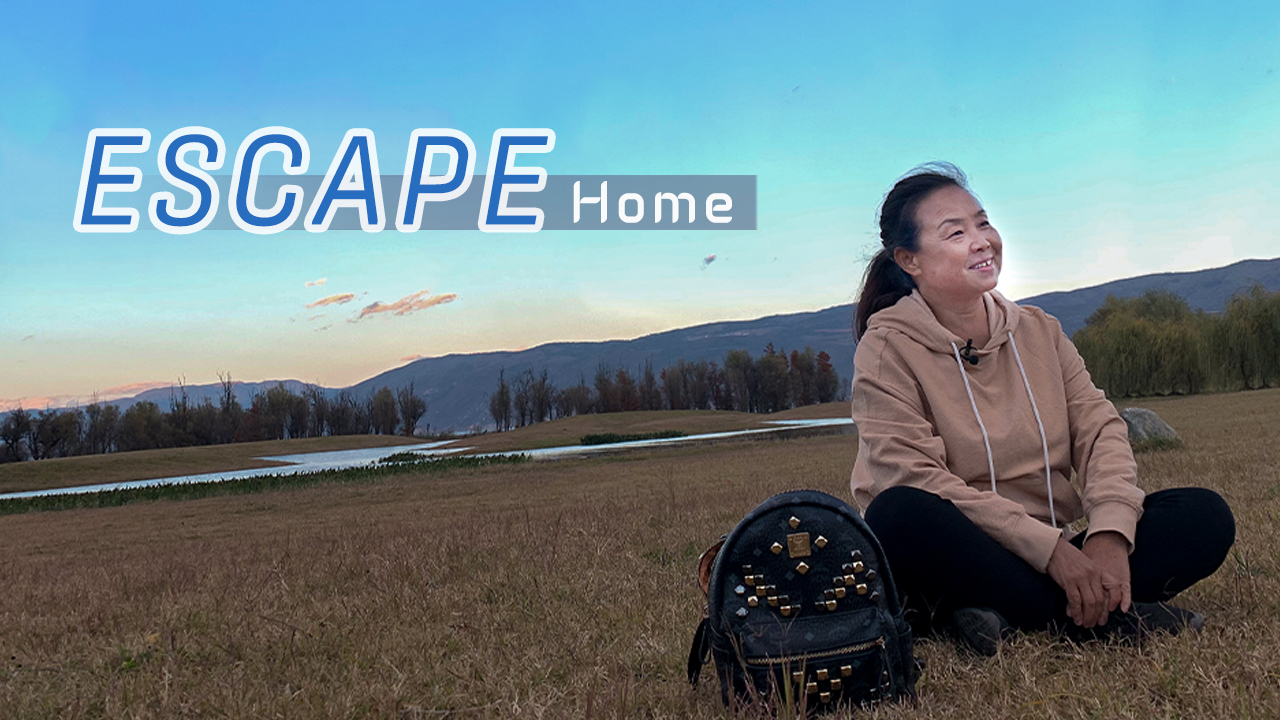 Su Min was approaching a wharf in the southern China city of Shantou when we contacted her. By then, she'd traveled some 8,000 kilometers on a solo road trip. "I'm heading further south to Hainan. It's warm there in the winter," she told us over the phone while she kept cutting in and out due to bad cellular reception.

Three months ago, Su, 56, left her home in central Henan Province, took the car she had bought with a loan, and drove down south. Her decision was not made on a whim, but instead an enactment of a meticulous plan to flee from an abusive marriage of 30 years during which she made several suicide attempts. She started preparing for the trip in the winter of 2019 when she came across an online article in which a blogger talked about driving through the country alone. "Suddenly I realized life could be like that!" Su said.

Since then, she'd been spending spare moments amid the hustle and bustle of daily household chores to look for destinations and travel gear ranging from tents and mini fridges to cooking utensils. Day by day, she'd gotten everything ready in secret for her road trip. On September 23, when her twin grandsons entered kindergarten and no longer needed her daily care.

"I've fulfilled my duty as a wife, a mother and grandmother," she told us.

Asking for leave from life

"I want to ask for a temporary leave from my usual life," Su said in one of her first short videos documenting her new journey.

The life she was trying to break free from was a marriage of convenience. Su, born to an average family in a small town, was considered a leftover woman at the age of 23 in the 1980s. She rushed into marriage after meeting her husband only twice, whom she got to know through a blind date. "At the time, almost every woman around walked down the aisle like that. I didn't realize there was something wrong," she said.

Her life, nonetheless, didn't take a bad turn until two years later when she moved to the Henan capital of Zhengzhou following the closure of the fertilizer factory where she worked. She began to really know what kind of man her husband was only after moving to the city where he lived – he was more or less a stranger in the first two years of their marriage due to their long-distance relationship.

"He's stingy and picky. When I had no job over the first few months in Zhengzhou, he was keeping tabs on everything," Su sighed. "If there was a problem with our spending, there would be a fight."

The days of being a stay-at-home mother didn't last long. She clung to her pride in the face of her condescending husband, looking for a way to make her own living. 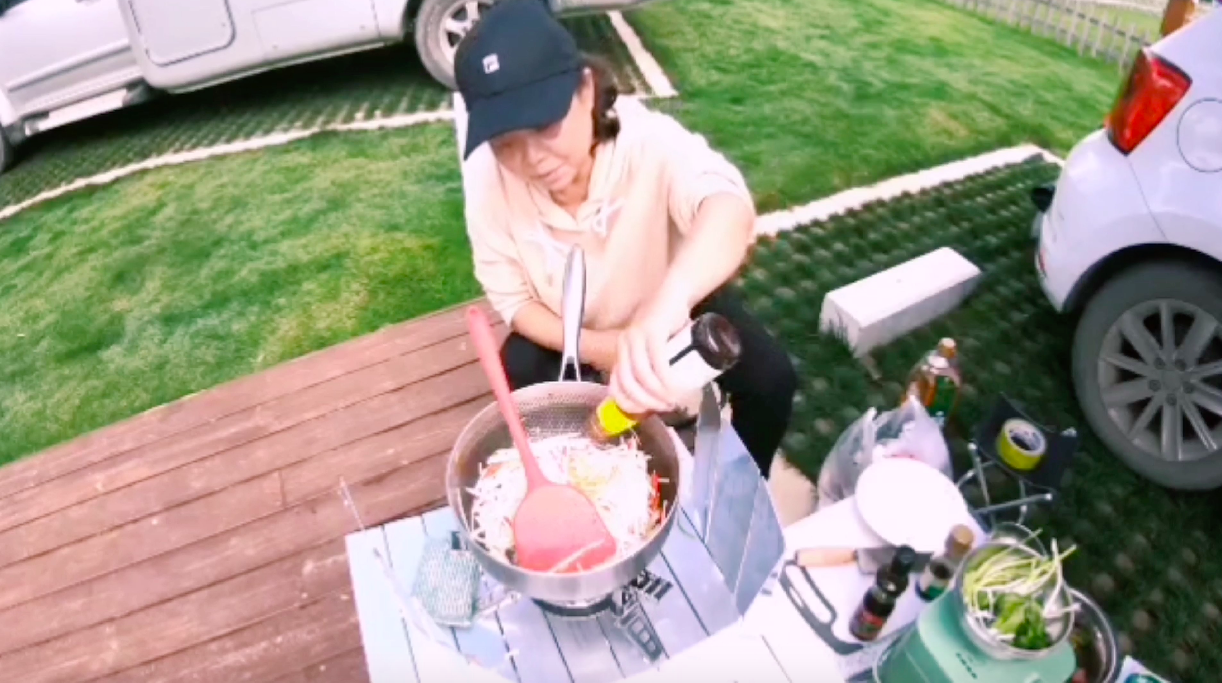 Su Min cooks spicy dishes for herself during the road trip, with which she tries to escape from her abusive marriage of 30 years.

Su Min cooks spicy dishes for herself during the road trip, with which she tries to escape from her abusive marriage of 30 years.

"I cooked for construction workers, swept the streets, sewed clothing, delivered newspapers…" She couldn't remember exactly how many jobs she had taken to earn respect from her indifferent husband. However, she and her husband have gone Dutch ever since.

The marital friction didn't stop there. In addition to physical abuse, Su's husband also lashed out at her with sarcasm, spite and passive aggressiveness. She had to work out a draft in her head before speaking to him, or she'd be dismissed.

Du Xiaoyang, their daughter, couldn't remember how many times her father had beaten her mother. "His temper gets milder as he ages," Du said over the phone. Even today, Du has difficulty seeing others fight, though she's unsure whether her emotions stem from post-traumatic stress. When asked whether she identified herself as a child exposed to domestic violence, she replied adamantly, "Yes."

Except for her memory of those fights, her father was absent most of the time.

As a third grader during the summer holiday, Du would stay home alone. Back then, Su had opened a tailoring business. Once time after getting off work late in the evening, she had found her daughter fast asleep and smoke billowing from the kitchen. "She was hungry and tried to cook, but she had overcooked it. So I closed the shop and became a cleaner." Because cleaning the streets only required her to work from 3 to 6 a.m., she had ample time to prepare breakfast for her daughter, take her to school and pick her up afterwards. 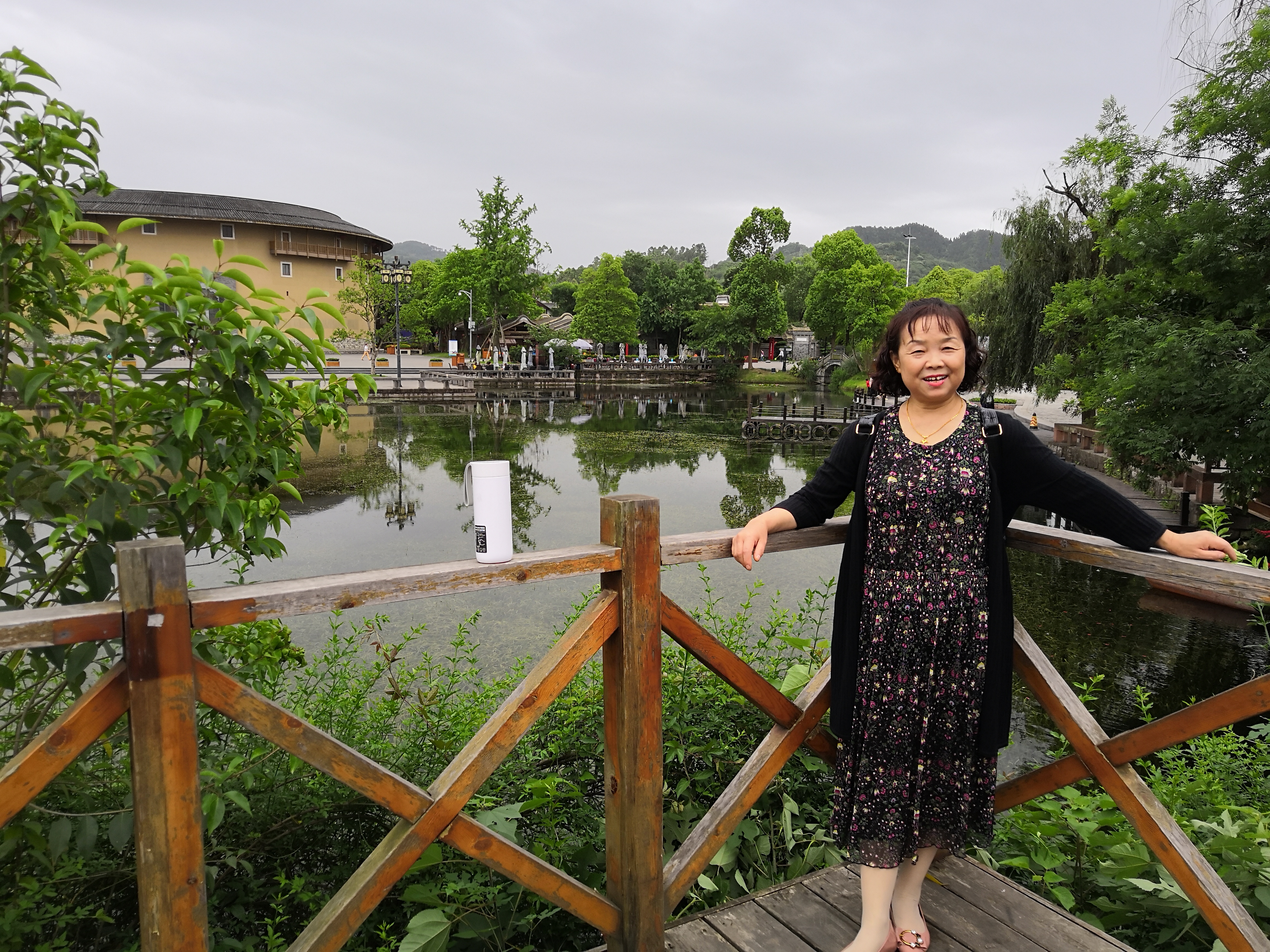 Su Min didn't smile nearly as much in her life before this road trip.

Su Min didn't smile nearly as much in her life before this road trip.

Holding onto the steering wheel

Su learned to drive seven years ago. Su's son-in-law told us, "My mother believes having a driver's license allows her to become independent."

"I can only breathe the air of freedom while driving on the road," said Su. She had put a down payment for a little Volkswagen Polo with her meager salary she had earned by working as a sales promoter in a supermarket – that was her last job before heading out on her trip.

"While working for the newspaper, I was awarded a trip outside of Zhengzhou because of my excellent performance," Su said. That travel experience expanded her horizon. "I had a taste of what freedom truly felt like."

That led her to reexamine her married life, and she realized that her husband might have never truly loved her.

She knows that he likes to watch the news and sports, go fishing, play ping pong, and eat light meals. But he never bothered to learn that she likes spicy food and watching TV shows. On top of that, they've been sleeping separately for almost two decades.

Mired in this cold, lonely and suffocating life, she was diagnosed with depression. From 2018 to 2019, her depression progressed from mild to a point where she tried to commit suicide several times. A couple of knife scars can still be seen on both of her wrists.

The worst incident was when Su plunged the knife into her own chest three times following a brawl, her blood spilling out. Her husband had to send her to hospital.

Su Min has her car regularly checked during the trip.

Su Min has her car regularly checked during the trip.

"One day, I made up my mind to live for myself, holding onto my own destiny," Su said, deciding to leave a home rife with scuffles and silence.

"I don't think my father has ever loved her," said Du.

On day one of her solo road trip, she was no longer haunted by why her husband is so apathetic. She used to question whether it's because she looks plain, or because she gave birth to a girl, not a boy.

She can say whatever she wants, cook whatever she likes, and go wherever she yearns. She shoots videos to chronicle her travels, which has unexpectedly become a haven for many women her age.

A woman said she couldn't sleep after watching Su's videos and signed up at a driving school the next day. "I hope my mother can be as brave as Su Min," another web user commented.

Most Chinese women born in the 1950s and 1960s got hitched through blind dates or family arrangements. Love was a luxury for a number of them. As long as the situation wasn't too bad, they often suffered in silence.

Chinese society is moving fast. Su's daughter married under very different terms. "My mother was afraid that I would follow her steps," said Du. She developed postpartum depression after giving birth to twins, but her husband took good care of her despite a hectic schedule at work. Both of them support Su's choice.

"Just days ago, he called and asked me to give him 81 yuan ($12.50) incurred during my travels because the ETC card (for paying highway tolls) is linked to his bank card." That was the only call she ever received from her husband since she left home. Since then, she has avoided toll roads.

Su continues her travels while making her vlog. Her ultimate dream is to explore the entire country. "As long as I can do something I like, there's light in my life," she said.

But she's aware that escape isn't the ultimate way and she has to go back home to face her husband, the three-decade-long marriage, the piecemeal life. When she does return, she will go back anew, since the future is no longer something to be endured, but something that she can shape. As for whether she'll go back soon, Su said, "I'll go home, but not now."