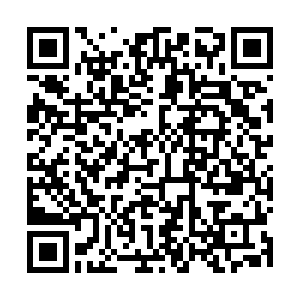 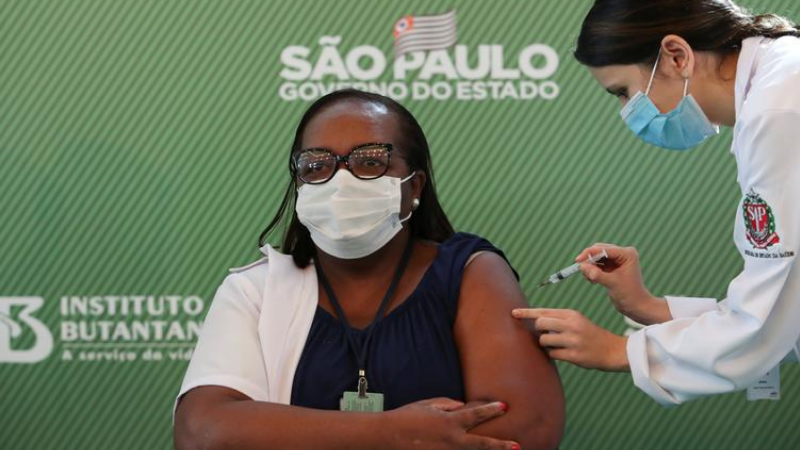 Brazilian health regulator Anvisa on Sunday approved emergency use of COVID-19 vaccines from China's Sinovac Biotech Ltd. and Britain's AstraZeneca, clearing the way for immunizations as the pandemic enters a deadly second wave.

Minutes after Anvisa's board voted unanimously to approve both vaccines, Monica Calazans, a 54-year-old nurse in Sao Paulo, became the first person to be inoculated in the country, receiving the Chinese vaccine known as CoronaVac.

Sao Paulo Governor Joao Doria, who oversees the Butantan biomedical center that is partnered with Sinovac in Brazil, said Anvisa's decision was a triumph for science as he gave the go-ahead for the first vaccination in his state.

Why did the efficacy of China's vaccine drop?

Researchers in Brazil recently reported that China's CoronaVac was 50.4-percent effective at preventing severe and mild COVID-19 in late-stage trials, a result lower than those from early trials in Turkey and Indonesia, and much lower than the 90-percent efficacies of two U.S.-based vaccines.

At Tuesday's press conference, Ricardo Palácios, medical director of the Butantan Institute, explained that CoronaVac's relatively low efficacy rate of 50 percent was due to more rigorous standards for what counts as an infection among trial volunteers.

The lower figure can be explained by the "very light" cases of COVID-19 among participants in the country's Phase III trial which had been omitted in the earlier analysis, the officials said.

"It's true that other vaccine trials have not been able to confirm as many mild infections [as Sinovac]," Ben Cowling, an epidemiologist at the University of Hong Kong, told Fortune on Wednesday. When the U.S. Food and Drug Administration evaluated the efficacy rate of Pfizer's vaccine, they did not factor in the 1,594 suspected but unconfirmed cases of COVID-19.

"The [vaccine efficacy] against mild disease could be lower than 90 percent-95 percent for Moderna and Pfizer," Cowling said. 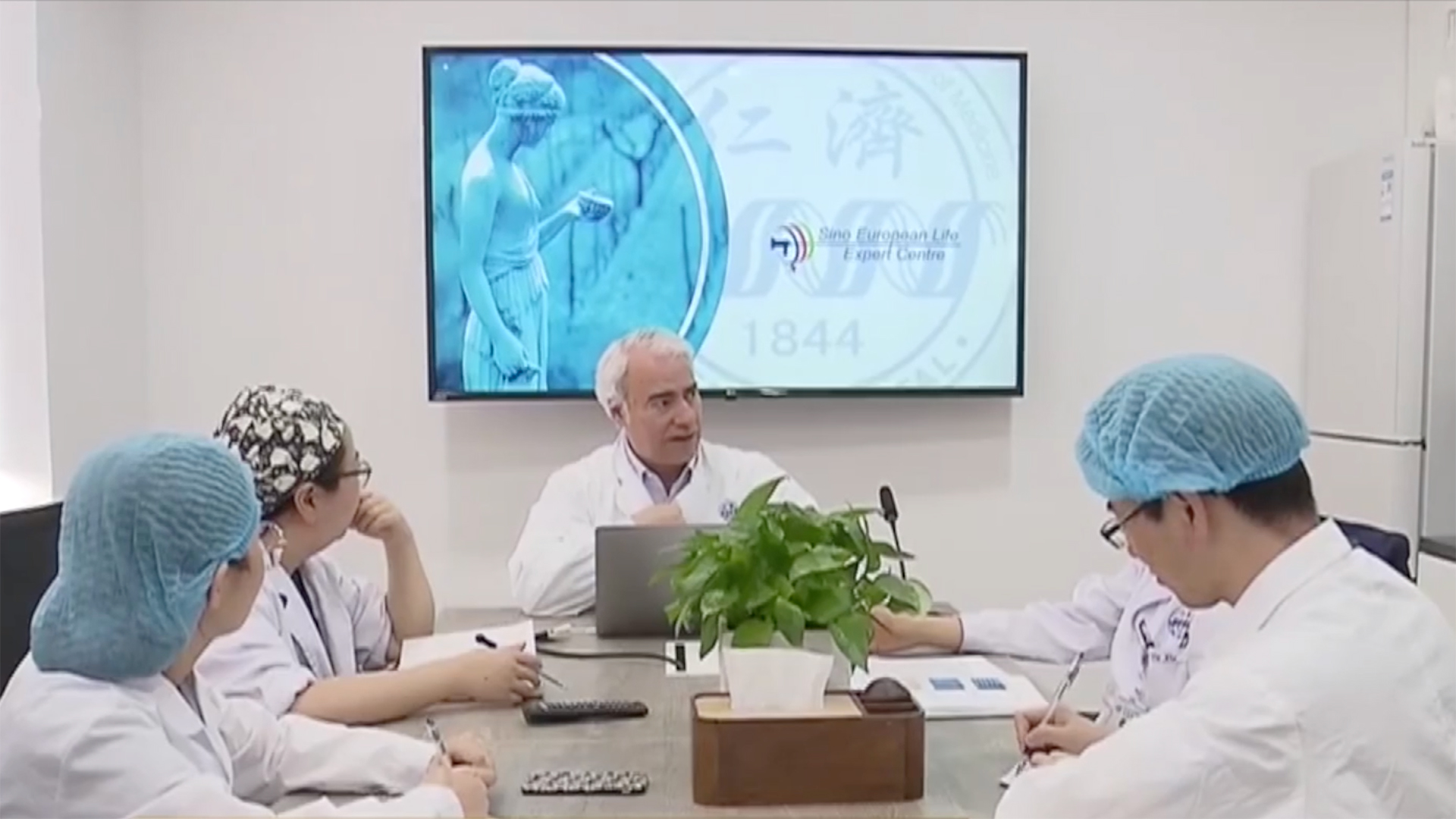 Shao Yiming, adviser to the Product Development Vaccine Advisory Committee at the World Health Organization, also told CGTN that the volunteers in the Sinovac trials in Brazil are all doctors and nurses, who are among the highest risk groups due to extremely high exposure to the coronavirus.

The estimated exposure of medical staff to the virus is "at least five times" higher than the general population. "No other trials focus on doctors and nurses, the most difficult population to prevent virus transmission," Shao stressed.

"People want to compare other studies, but that's like comparing a person that runs a one-kilometer race on a flat stretch and another doing it on a steep and obstacle-filled stretch," Palácios said.

Virus and vaccination in Brazil

Adding to the urgency for vaccinations, a second wave of the outbreak in Brazil is snowballing as the country confronts a new, potentially more contagious variant of the coronavirus that originated in Amazonas state and prompted Britain and Italy to bar entry of Brazilians.

Health Minister Eduardo Pazuello told a news conference that the government would start distributing the vaccines to states on Monday, with the nationwide immunization plan beginning on Wednesday.

Brazil could eventually vaccinate one million people a day, he said.

Butantan, which is set up to fill and finish CoronaVac doses on its production line, plans to supply 46 million doses of the two-dose shot by April, the institute said in a statement. Some six million of those are ready to go.

The federally-funded Fiocruz institute is still waiting for a delayed shipment of the active ingredient in the AstraZeneca vaccine for finishing on a Rio de Janeiro assembly line.

The health ministry has scrambled to line up two million ready doses of the AstraZeneca vaccine from India, but officials there have suggested it may take weeks to approve exports. Pazuello said on Sunday he expected the doses from India this week.