Editor's note: As "green development" is an important aspect of China's 14th Five-Year Plan development blueprint, the country has stepped up its environmental protection efforts. The Sanjiangyuan area in northwest China's Qinghai Province holds a unique role as a "water tower" with rich biodiversity. As the area has been turned into a national park, which shows China's determination in this regard, CGTN reporter Yang Jinghao travels there to record the changes seen there and the efforts behind them.

A chilly afternoon in last December, Woetse and some fellow villagers carefully observed a group of white-lipped deer and took note of their numbers and their behavior. This has been an important part of their daily routine for several years.

"We are so close to the deer, but they are not afraid of us at all. You can see how harmoniously we live with the wild animals," said Woetse, a herdsman from the Huanghe Township in northwest China's Qinghai Province.

Huanghe literally means "Yellow River," China's second longest river known as the "cradle of the Chinese culture." It implies that the small town, inhabited by Tibetans, just sits at the source of the great river. 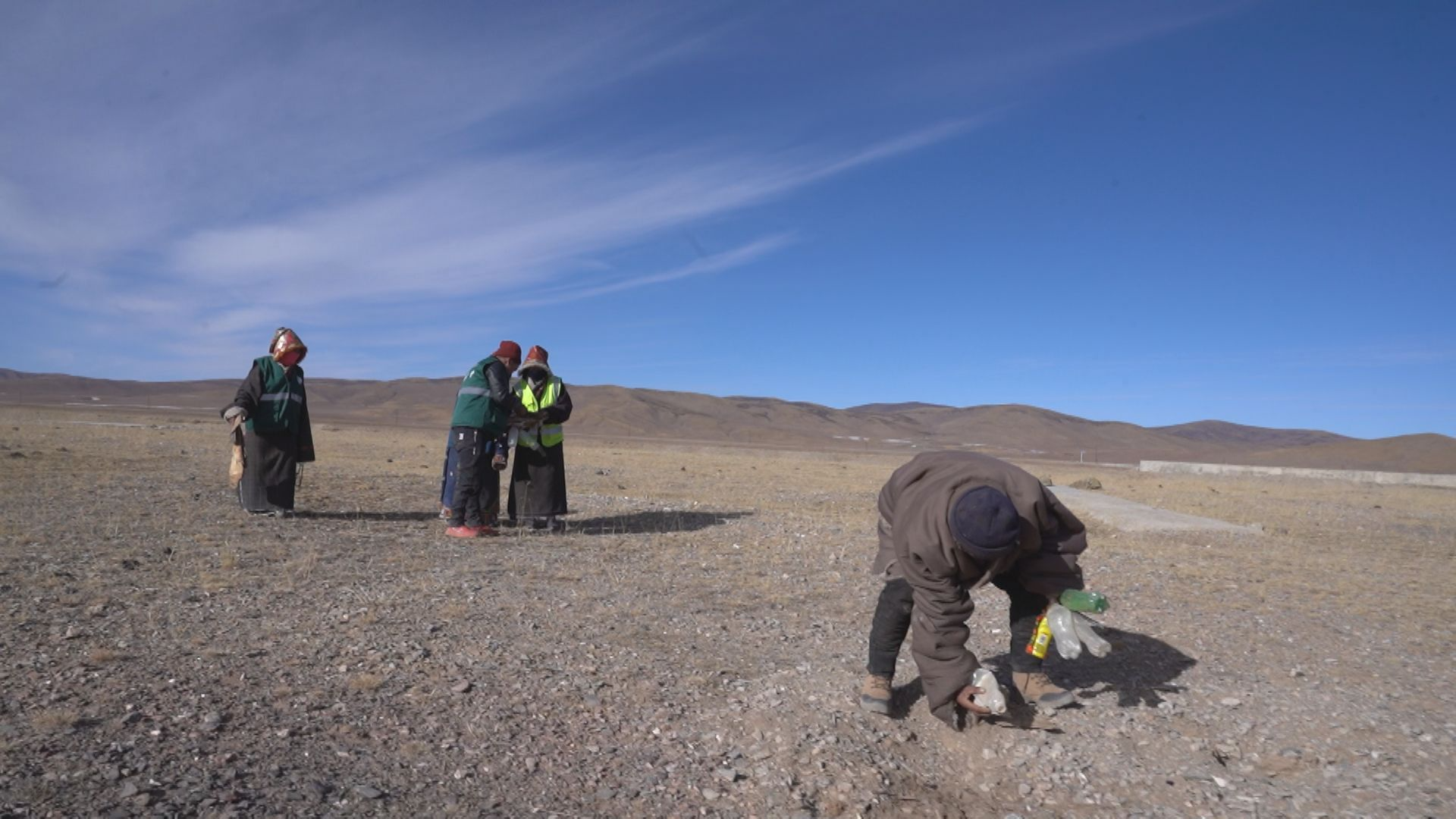 The villagers, who used to just raise sheep and yaks, have expanded their responsibilities as the country strengthens protection of this region. With the establishment of the Sanjiangyuan National Park, now they are not just traditional herders, but also protectors of this pure land.

"Sanjiangyuan" means "source of the three rivers." It's home to the headstreams of China's three great rivers – the Yangtze, Yellow and Lancang. With some 60 billion cubic meters of fresh water flowing out each year, the region is hailed as the "water tower" of China or even Asia, which is also known for rich biodiversity.

But due to climate change and excessive human activities like overgrazing, the ecology here was severely damaged in the last decades of the 20th century.

Restoration began in the late 1990s, with a large national nature reserve set up in 2004. 2016 marked a milestone, when China's first ever national park was established here as a pilot program, covering an area of 12.31 million hectares. The Huanghe Township is just one of the core areas of the park. 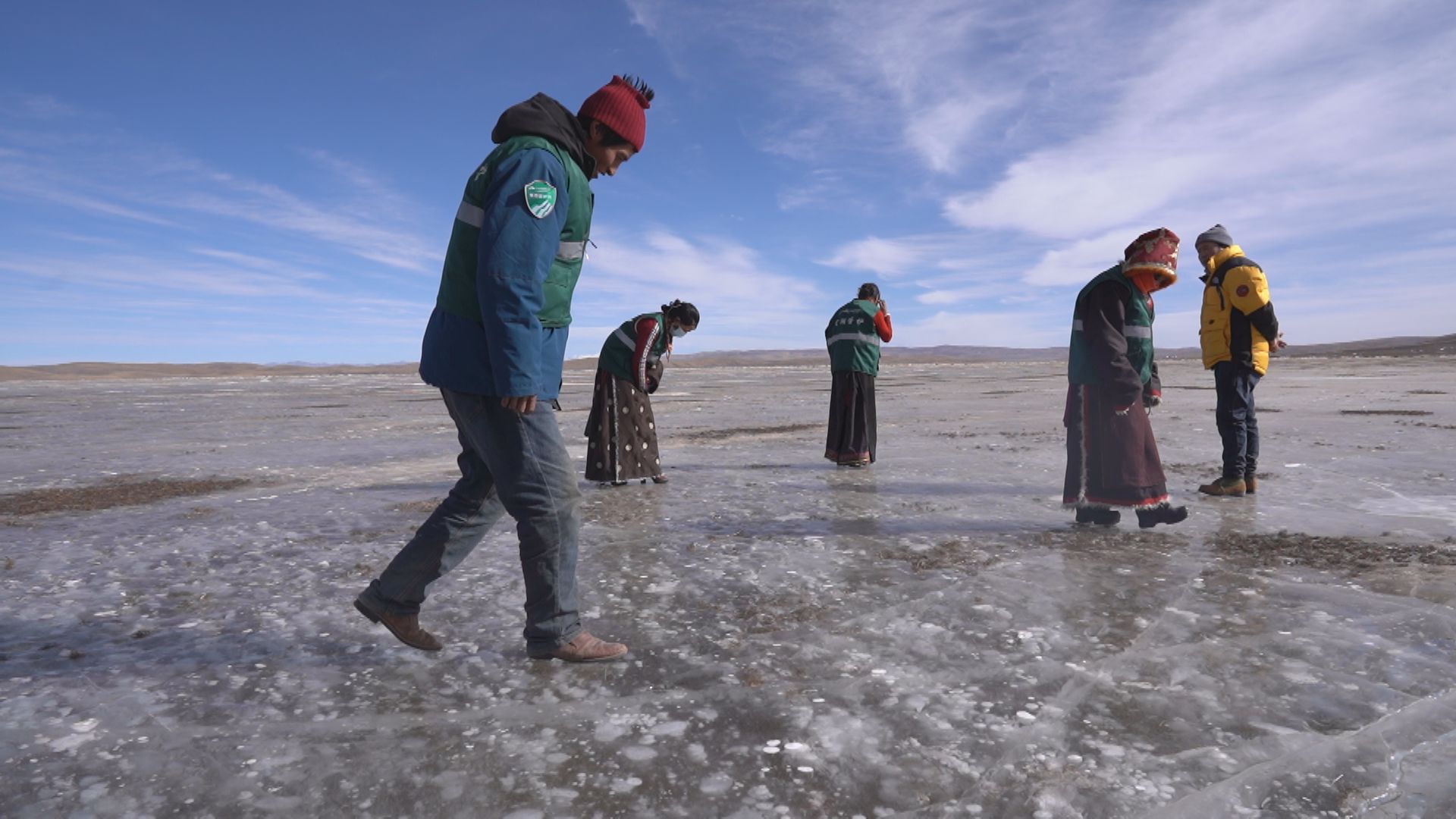 As a preferential policy, each family that lives within the national park is provided with a job as an "ecological conservator," or ranger. They're paid about $280 each month for what they do – ranging from cleaning trash from the pastures to safeguarding the rivers, lakes and wild animals.

"In the past, we mainly relied on herding for a living. We now have a stable source of income, which is a great help to the family," said Woetse.

To remedy the spoiled grasslands, the pasture for each family has been downsized, and the number of their yaks and sheep has also been reduced. In return, they can receive a sum of subsidy each month.

Meanwhile, the traditional way of herding is also changing. Now, many townships have founded their own agricultural cooperatives, where the yaks and sheep are raised together – meaning less manpower while more economic profits.

"There used to be degraded meadows known as 'black soil patches' everywhere. The water level of many rivers and lakes dropped sharply. After the government gave importance to ecological protection, the environment of my hometown has improved each year," Woetse said. 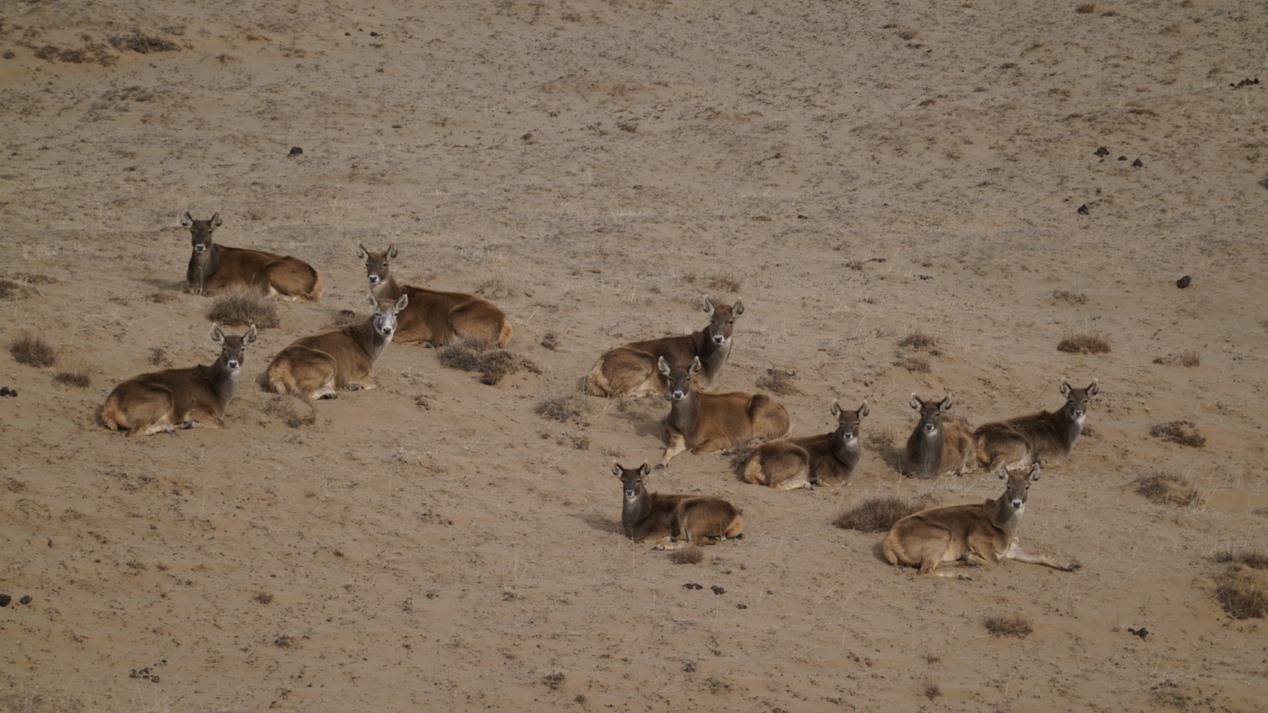 A group of white-lipped deer rest on the grassland in Huanghe Township. /CGTN's Luo Caiwen

A group of white-lipped deer rest on the grassland in Huanghe Township. /CGTN's Luo Caiwen

As conservation efforts in Sanjiangyuan proceed, tens of thousands of herdsmen have been relocated during the past two decades. He Wancheng, chief of the Sanjiangyuan National Park Administration, said that the "ecological migration" initiative undoubtedly played an important role, especially when the protection campaign just started, but what's underlined today is people living in harmony with nature in the region.

"It's not realistic nor scientific to move all residents out of the national park area. What we need to protect is not just nature, but also indigenous culture that has been passed on for generation," said He.

Gyayang Dorgye is an employee of the park's protection station in the township. He's witnessed the changes in the rangers' lives over the years. He said that their roles would become more significant after the national park was formally launched.

"The Yellow River is called China's 'mother river.' Only when its source is well-protected can people get safe and clean water. I feel proud of what we do here," said Dorgye.