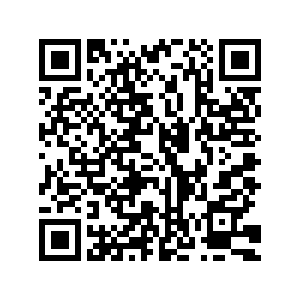 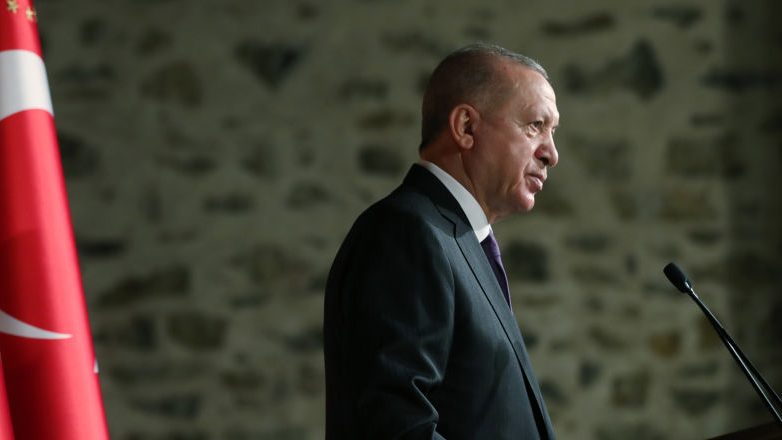 Turkish President Recep Tayyip Erdogan speaks during a meeting with members of the board of directors of Foreign Economic Relations Board of Turkey at Dolmabahce Office in Istanbul, Turkey, January 15, 2021. /Getty

Turkish President Recep Tayyip Erdogan speaks during a meeting with members of the board of directors of Foreign Economic Relations Board of Turkey at Dolmabahce Office in Istanbul, Turkey, January 15, 2021. /Getty

Will 2021 be a year of reckoning for Turkey and its president, Recep Tayyip Erdogan? The last few months have seen a number of developments both at the regional and domestic level, which could check Erdogan's assertiveness. They include differences with the global hegemon, the U.S., as well as other players in the region like the UAE, Russia, France and Greece. Domestically, there are challenges coming from both rivals and supporters, against a deteriorating economy and health situation resulting from the COVID-19 pandemic.

Externally, relations between Turkey and the U.S. may be about to get a lot tougher. Erdogan has had a good personal relationship with the outgoing American president, Donald Trump. But on January 20 he will be replaced by Joe Biden. Biden is expected to be much cooler with Erdogan than Trump was, but the transition only explains part of the story. There are tensions which go beyond personality and which will present difficulties regardless of who is in charge.

The challenges between the U.S. and Turkey run along several fronts. One is American support for the Kurds in northern Syria. While the Americans have accommodated their greater autonomy vis-à-vis the Syrian government, Ankara is wary, lest it serve as a motivation for its own Kurdish population at home.

Another problem is Erdogan's frustration at the lack of American action against his political rival, Fethullah Gulen and his associates, who he believes was behind the 2016 coup attempt. Additionally, Gulen's residency in the U.S. is sore point, especially given the U.S. failure to extradite him.

Finally, there are tensions over sanctions-related matters. The Turkish state-owned Halkbank, is currently being prosecuted by the U.S. for allowing Iran to evade sanctions between 2012-16. More recently, the U.S. has imposed sanctions on Turkey's defense procurement agency for buying Russian military hardware.

Erdogan's problems are not limited to the U.S. alone. In the region tensions are likely to continue with important Arab parties like the UAE and fellow NATO member states like France and Greece. Although the recent resolution of the Gulf dispute ended tensions between Turkey's Qatari partner against Saudi Arabia and the UAE, it has not done so between Turkey and the UAE. Their rivalry is multi-dimensional, including competition for influence in the Horn of Africa, their contrary stance on political Islam and the Muslim Brotherhood as well as Israel – which the UAE agreed a normalization deal with last summer.

Turkey's differences with France and Greece concern Ankara's claims in the eastern Mediterranean as well as Turkish intervention in Libya. This last point is also one which Russia shares, even as the two have managed to achieve a modus vivendi in recent years. Both have been on opposite sides of the Syrian and Libyan conflicts. But while Turkish support to the Libya Government of National Accord helped contain the advance by the Russian-backed eastern forces last year, in Syria the stability of the past few years now threatens to come undone as Russia's Syrian partner looks to exert control over the rebel forces based in Idlib province – which are under Turkish protection.

Turkey also faces pushback in the Caucasus as well. Having backed Azerbaijan in its recent war with Armenia over the Nagorno-Karabakh region, Turkey now finds itself being excluded from post-conflict deliberations as Russia looks to reassert its position as the principal foreign actor.

Domestically, Erdogan has also faced pressure, both from the opposition as well as from his allies on the political right. Recently, the far-right National Movement Party (MHP), which supports Erdogan's Justice and Development Party (AKP) in parliament, has demanded that the government ban the Kurdish People's Democratic Party (HDP) for its supposed links to the outlawed Kurdish Workers Party (PKK). The demand needs to be listened to as the AKP does not have a majority in parliament and relies on MHP votes. Meanwhile, the opposition has been pushing for early elections, which are not scheduled to take place until 2023. They hope that the public will blame Erdogan both for the downturn in the Turkish economy as well as the government's poor response to the COVID-19 pandemic. Economically, although Turkey's economy has continued to grow, growth rates have been slowing, especially since 2017. Part of the reason for this has been various financial restrictions and requirements which have hampered the flow of the free market. But other reasons have also had an impact, including rising inflation after 2018 and the movement restrictions and effect on economic activity following the pandemic.

The situation surrounding inflation was complicated further by the fact that a common corrective – that the Central Bank raises interest rates – was frustrated by Erdogan who opposed doing so until changes in personnel were made last autumn, including the departure of his son-in-law as finance minister and the appointment of a new Central Bank governor.

Erdogan has also had to deal with the fallout from the public health crisis associated with COVID-19 as well as its economic consequences. The number of people affected has steadily risen all last year. But the number has taken off in the past two months, reaching 2.4 million cases and over 23,000 deaths. The government sought to mitigate the economic impact by spending more than $15 billion to help support businesses and through financial transfers to different groups, including older and unemployed people. But while overall unemployment bottomed out at around 12 percent, it rose to nearly a quarter of young people, making them among the most adversely affected.

The impact of these domestic pressures has been felt on Erdogan's personal popularity, which has fallen in recent months. But the position of the political parties has not changed substantially, with the AKP polling more than a third at present. Because of this, the opposite move to bring elections forward is optimistic. Similarly, Erdogan and the AKP need fear little from the MHP; its recent demands may be motivated more to boost its polling figures, which at present would not be enough to win it parliamentary representation in an election if it is held tomorrow.

Looking ahead, it is likely that domestic and international pressures will continue to impinge on Turkey and Erdogan. But whereas the position for Turkey's leader may start to change domestically and especially as the vaccination program against COVID-19 gains critical mass, it is less certain that will be the case in the international sphere. There, Erdogan will continue to face constraints and Turkey may well be obliged to change direction. For those reasons, the coming months will be important ones to watch in relation to Turkey and the region.