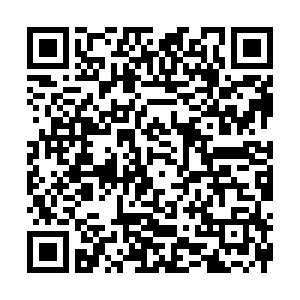 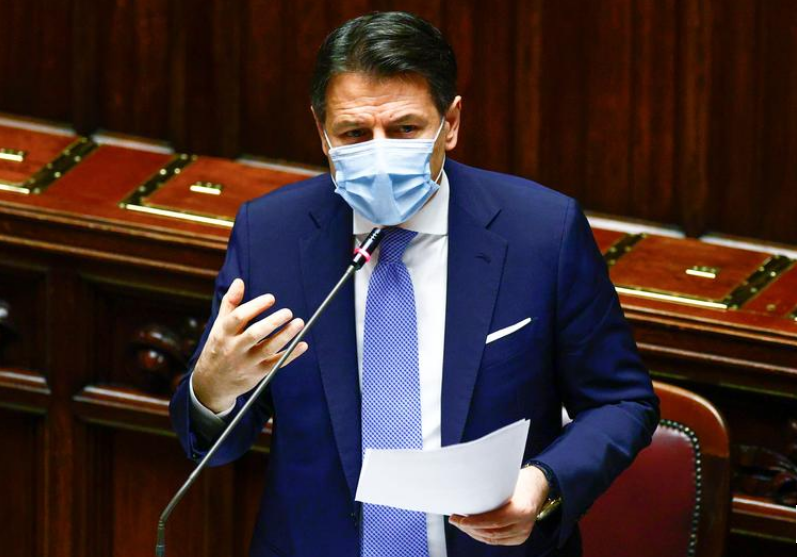 Italian Prime Minister Giuseppe Conte won a crucial confidence vote in the Chamber of Deputies on Monday, hanging on to power after a junior partner quit his coalition and opened a political crisis amid the raging COVID-19 pandemic.

Had he lost the vote, Conte would have been forced to resign.

After his appeal to opposition and non-aligned lawmakers to back him following last week's walkout by former Premier Matteo Renzi's Italia Viva party, Conte's government won the lower-house vote by 321 to 259, an absolute majority in the 629-seat chamber.

Conte will face a tougher test on Tuesday in the upper house Senate, where the government had only a slim majority even when Italia Viva was still part of the coalition.

Looking to entice centrist and liberal lawmakers, Conte promised to revamp his policy agenda and shake up his cabinet, saying he wanted to modernize Italy and speed up implementation of a recovery plan for the country's recession-stricken economy.

"I ask for clear, transparent support, based on the strength and clarity of the proposal," Conte told the Chamber opening the confidence debate, condemning Renzi's tiny centrist party for abandoning the 17-month-old coalition.

"Let's be frank, we can't undo what has happened, we can't regain the trust and confidence that are essential conditions for working together. Now we have to turn the page," he said, apparently refusing any reconciliation with Renzi.

Italia Viva said it withdrew from the cabinet because it did not agree with the prime minister's handling of the twin coronavirus and economic crises.

Without mentioning Renzi by name, Conte said there was "no plausible justification" for his walkout, which risked damaging Italy at a time when it was president of the G20 group of major global economies.

Italy's borrowing costs rose on Monday as financial markets fretted over the political crisis, but a large-scale sell-off has been averted by the European Central Bank's large-scale purchases of Italian assets.

The outcome is highly uncertain but most observers expect Conte to win thanks to absences and abstentions, while falling short of an absolute majority.

That would allow him to remain in office for now as head of a minority government, but in an extremely precarious position if and when he tries to push through any contested legislation.

The most optimistic recent tally by political analysts has put Conte on 157 votes, four short of an absolute majority, though Monday's wider than expected victory margin may encourage the premier's hopes.

"While minority governments are nothing new in Italy, what will be unprecedented is a minority government (backed by an unwieldy coalition) attempting to lead the country out of the deepest economic crisis since World War II in the middle of a pandemic," said Wolfango Piccoli of political risk consultancy Teneo.

However, Foreign Minister Luigi Di Maio, a leading light in the largest coalition party, the anti-establishment Five-Star Movement, insisted a relative majority would do.

"It is a majority. The absolute majority is only needed for (votes on) budget changes and very few other acts. And when we need it, we will find it," he told Corriere della Sera daily.

Conte hopes that if he can overcome Tuesday's threat, more centrist parliamentarians will drift into his camp over time and bolster his position.

Italia Viva has said it would return to the coalition if its policy demands are met. However, both the center-left Democratic Party (PD) and its coalition ally, the Five-Star Movement, have said they want nothing more to do with Renzi, accusing him of betrayal.

A survey published in Wednesday's Corriere della Sera newspaper suggests there is also little public support for Renzi, once a rising star who served as premier from 2014 to 2016.

Some 73 percent of those polled said Renzi was acting out of self-interest, rather than that of the country, and asked to take sides, 55 percent preferred Conte – with just 10 percent backing Renzi.

Conte, who was an obscure law professor before being chosen to head the government in 2018, has already proved his political skills.