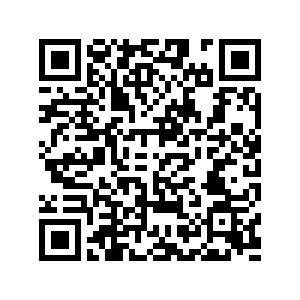 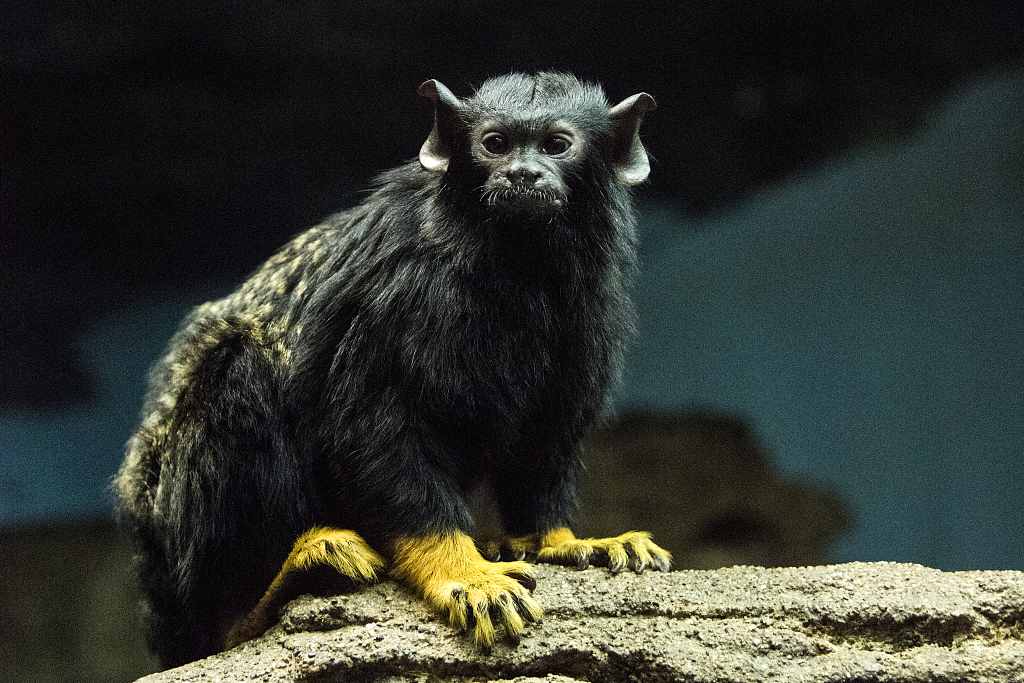 Although named as the "red-handed tamarin," this small monkey, in fact, has golden hands. It is also known as the Midas tamarin. It lives in the rainforests north of the Amazon River in Brazil, Guyana, French Guiana and Suriname.

This remarkable species can jump 18 meters from tree to the ground without getting hurt. The joints of the tamarin act as shock absorbers that cushion it from the force of the fall and the impact. 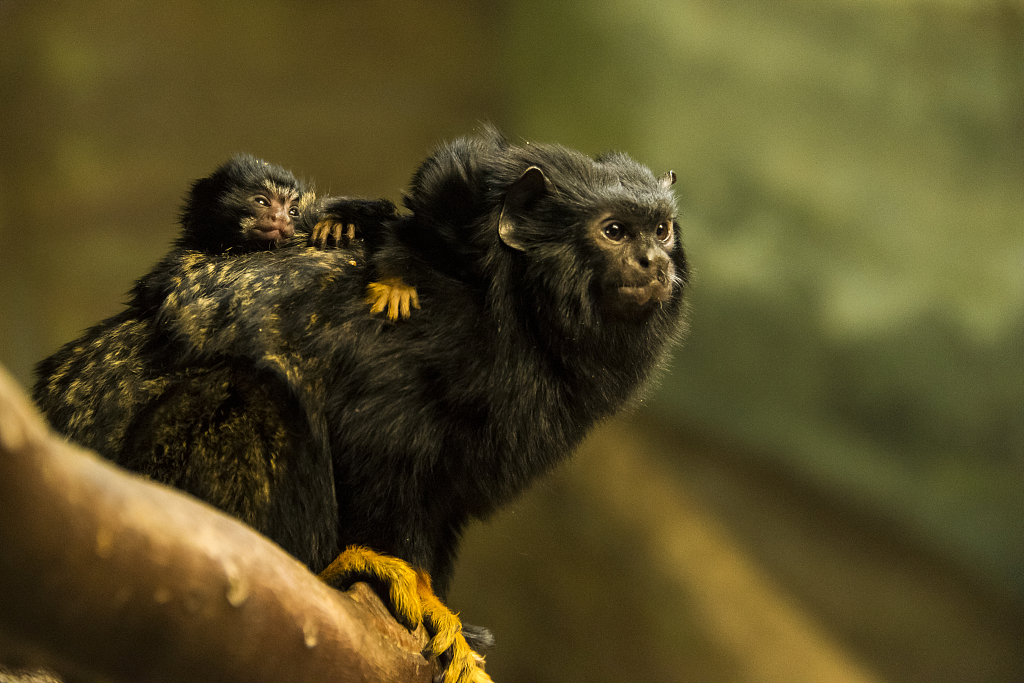 The red-handed tamarin is a highly social species that loves to live in groups of around 16. Each group is led by a dominant female, making this society a matriarchal one. The dominant female reserves all the breeding right to herself by emitting pheromones to contain other females' fertility. This makes the members of the community less aggressive to each other, since they don't fight for the breeding rights. 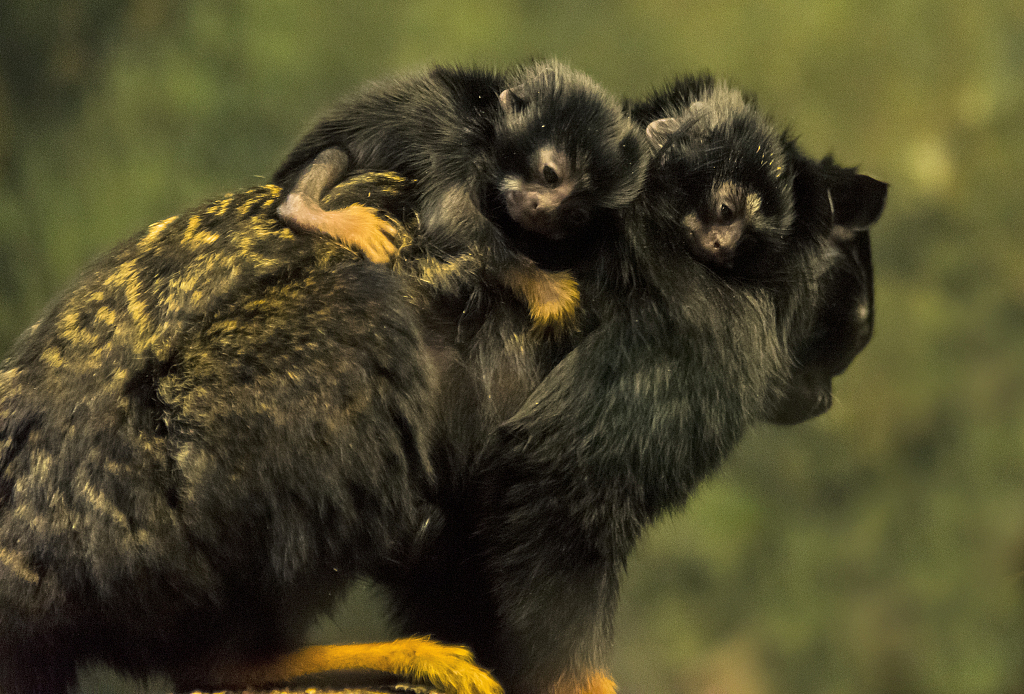 Unlike most primates, in tamarin society it is usually the males who take care of the newborns. The males are responsible carers. They carry the babies around on their backs and groom them gently. Only when the babies are hungry would he bring them to the mother for milk.

They are weaned at around two months old, after which the young tamarins will start feeding on a large variety of food. They eat fruits, flowers, nectar, plant exudates (gum, sap, latex) and animals (including frogs, snails, lizards, spiders and insects). 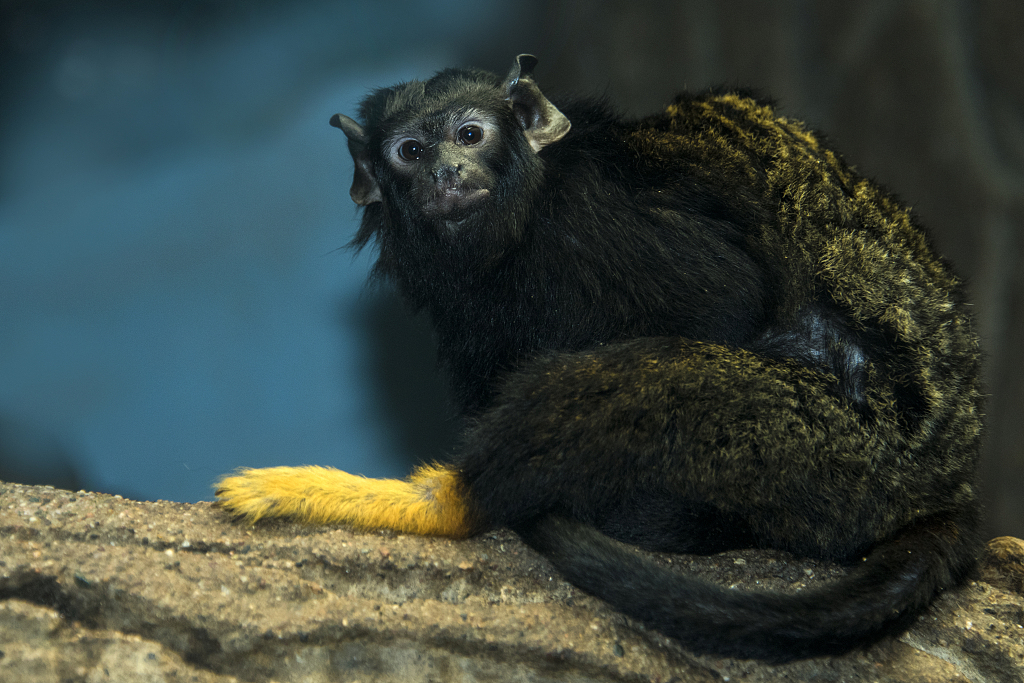 Although it weighs around the same as a loaf of bread, this small animal is more than capable of displaying aggression when being threatened. It is equipped with sharp canines and claws. When one member is threatened, the other members of the group will also pitch in to help.

While this species is considered as a "Least Concerned" species (IUCN 2015), its habitats are shrinking due to deforestation in recent years. As rainforests continue to be cleared for more human activities, the places where these primates can roam will grow smaller.