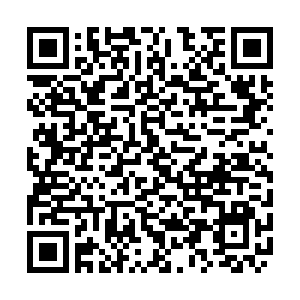 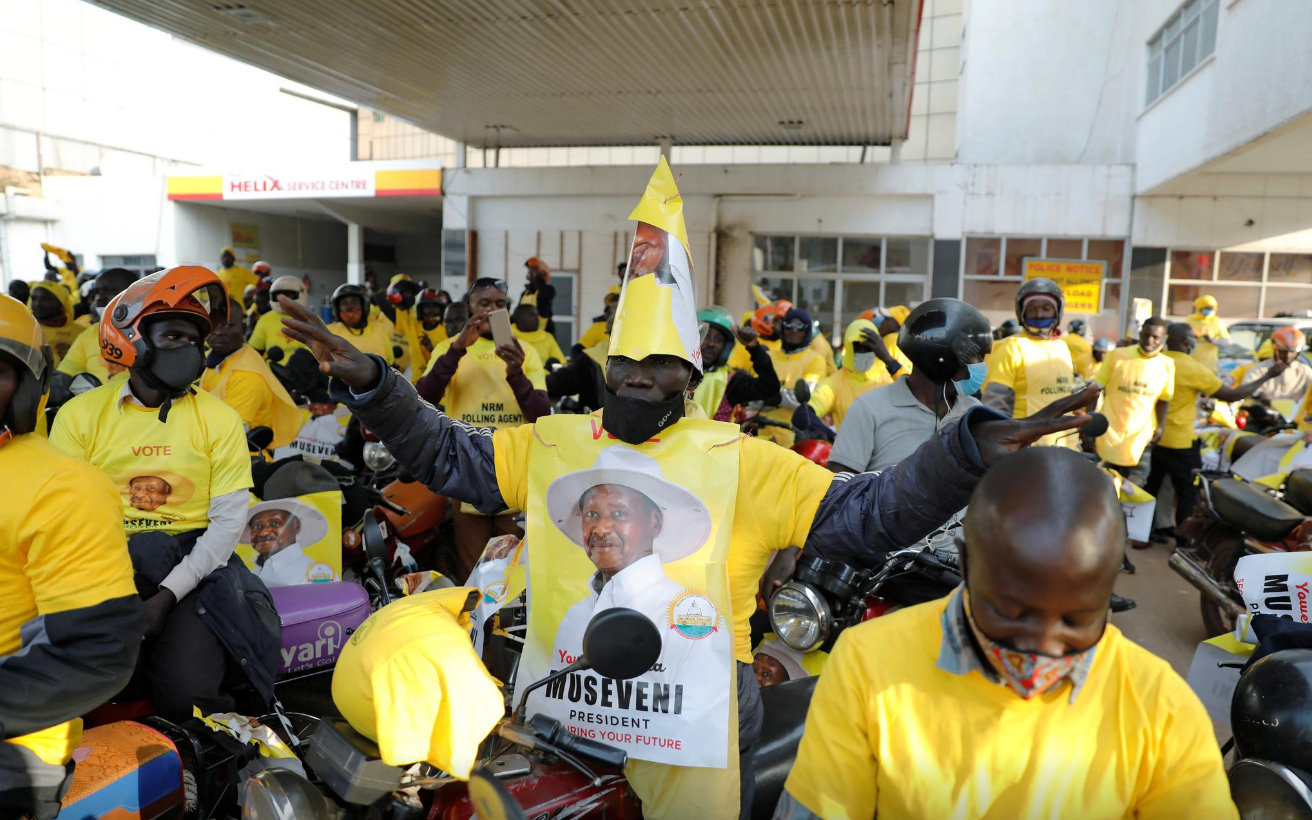 Supporters of Uganda's President Yoweri Museveni celebrate the announcement of him winning the presidential elections, in Kampala, Uganda, January 16, 2021. /Reuters

Supporters of Uganda's President Yoweri Museveni celebrate the announcement of him winning the presidential elections, in Kampala, Uganda, January 16, 2021. /Reuters

"Our party office has been raided by the military and been cordoned off," said Wine, who is under house arrest. "Everybody is being pursued."

Police spokesman Patrick Onyango said the National Unity Platform (NUP) office had been cordoned off for security reasons, but gave no more details and did not confirm if troops had entered the premises.

The electoral commission declared incumbent Museveni the winner of the January 14 election on Saturday, while Wine, a former pop star-turned-legislator, accused Museveni of winning by fraud.

In the election, where voters were also choosing members of parliament, Wine's NUP won 61 seats. Five other opposition parties won 48 seats, giving opposition lawmakers in the next House 109 in total, a government statement said on Monday. The ruling party won 316 seats.

Wine had appealed to youths to vote out Museveni, a 76-year-old in power since 1986, and criticized Museveni for corruption and nepotism.

Museveni, one of Africa's longest-ruling leaders, has dismissed the allegations and said the election may turn out to be the "most cheating-free" in Ugandan history.

Some other election observers have referred to the election process as largely peaceful, with no major violent incidents.

"I think this was generally peaceful elections. It registered a very high voter participation," said Chrispin Kaheru, an independent election observer in an interview with Xinhua on Sunday.

"But the shutdown of internet affected the citizens, election observers, political parties and media. It limited information follow and sharing. The elections shrive on information sharing," he said.

Ofwono Opondo, government spokesman told Xinhua on Monday by telephone that the internet had been switched on after data collected indicated that there would be no violence.

"Internet was switched off because people wanted to spread messages of hate and violence, as well as discredit the integrity of our elections," Opondo said.

The government said opposition members and their supporters had been breaking public order laws and COVID-19 restrictions on gatherings.

The law gives petitioners 20 days after results are declared to challenge them in the Supreme Court. Wine said he wanted to meet with his party to decide on a strategy that could include peaceful protests.