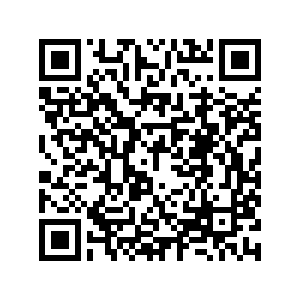 Joe Biden is the new president of the United States as of noon on Wednesday, and the Democrat is determined not to waste any of his early leverage.

From stimulus checks and a mask mandate to reversing the Trump administration's policies and expanding healthcare access, the 78-year-old and his team are expected to take immediate action both through the narrow majorities the Democrats hold in Congress and executive orders. Here are 10 things to watch out for as the 46th president enters his critical first 100 days in the White House:

The Biden team has trailed that it will issue a blitz of executive orders within the first 10 days. The Democrats have a narrow advantage in Congress after the surprise double victory in Georgia's Senate races, but the margins are tight and the party isn't in a position to pass sweeping legislation.

A memo from incoming chief of staff Ron Klain stated that Biden will issue executive orders on rejoining the World Health Organization and the Paris climate accord, as well as on tackling COVID-19, boosting the economy, helping those in financial difficulties as a result of the pandemic and ending the travel ban from Muslim-majority countries.

The Biden team will immediately reverse several Trump policies, but the 45th president isn't likely to fade into the background quietly – even without the use of his favorite social media accounts.

Trump's Senate impeachment trial is likely to go ahead in the first 100 days, despite calls for it to be held back. The trial could distract from the Biden agenda and delay the appointment of his cabinet, while repeats of the violence seen on January 6 could overshadow his policy plans.

Trump was criticized from all sides for his response to COVID-19, which has killed 400,000 Americans, and now Biden has the opportunity to show that getting to grips with the crisis from the White House is possible in a decentralized system where individual states have huge power.

The Democrat has promised to make 100 million vaccine doses available within his first 100 days, and is calling for all Americans to wear a mask for 100 days as well as mandating mask-wearing in federal spaces and committing billions of dollars to reopen schools safely. He also intends to use the Defense Authorization Act to speed production of vaccines and necessary equipment.

Biden enters office with a more complex in-tray than any recent president, but amid the challenges lie opportunities. His $1.9 trillion stimulus proposal includes providing $1,400 stimulus checks and fresh loans to small businesses to stimulate an economy ravaged by the pandemic, but also longstanding progressive Democratic aims, like doubling the minimum wage to $15.

He aims to reverse parts of the controversial Trump tax plan, including by increasing corporation tax, but insists that no one earning under $400,000 will pay more.

The U.S. will rejoin multilateral agreements and bodies under Biden, who will also seek to rebuild the country's frayed relationships around the world.

Alongside Antony Blinken, the nominee for secretary of state, the new president is expected to start the process of talks over the Iran nuclear deal. He will also assess the Trump tariff policies, which damaged relations with some of the United States' biggest trading partners, and foreign aid.

Vice presidents can play major roles in an administration – like Biden himself – or be near anonymous – like Dan Quayle – but Kamala Harris will be in an unusual position, holding the casting vote in a 50-50 Senate as well as supporting a president unlikely to serve a second term.

Expect Harris to be a prominent figure as the Biden nominees work their way through to Senate confirmation and the Democrats aim to pass some legislation. Beyond the 100 days, eyes will also be on her as candidates position themselves to be the Democratic presidential nominee in 2024.

Biden wants tackling the climate crisis to feature in everything his administration does. He'll rejoin the Paris climate accord, order a plan to achieve a 100-percent clean energy economy and net-zero emissions by 2050 and roll back Trump policies on climate deregulation.

He aims to host a climate summit with world leaders within his first 100 days and has also appointed John Kerry as special climate envoy, which will see the former secretary of state sit on the national security council.

Biden has set out his key cabinet appointments and hopes to have them in place as soon as possible. Even with a razor-thin advantage in the Senate he should't have major problems, but the process will still be worth watching – there's normally at least one hiccup along the way, and some important picks, including ambassadorships, are yet to be announced.

Centrist Democrats like Joe Manchin are set to be kingmakers in the 50-50 Senate, and given Biden has largely picked moderate figures to head key departments and agencies it will be instructive as to the future course of the Republican Party – as well as the new president's agenda – to see how much bipartisan support his choices can muster.

The Republicans are in a perilous position, divided between a moderate establishment that has shrunk over the past five years and a fast-growing, loyal Trump-ish base.

How the party fights back and if it can unite, having lost both houses of Congress and the presidency, will be important to Biden. He has a longstanding relationship with top Senate Republican Mitch McConnell, and will hope to use it to pass bipartisan legislation – but it'll be a big ask.

Biden has pledged to make racial and criminal justice reforms centerpieces of his presidency, and will also attempt to expand access to healthcare, pass major immigration reform and push through equality legislation.

Within the first week of the Trump presidency, a ban on travel from Muslim counties was announced and more controversial immigration policies followed. Biden intends to revoke the travel ban, create an eight-year pathway to citizenship for 11 million undocumented immigrants, launch a federal task force to reunite children separated from their parents at the U.S.-Mexico border and halt construction on Trump's border wall.

He'll also consider policing reform and push for greater protections for the LGBTQ community, including pressing ahead with the Equality Act and repealing the transgender military ban imposed by Trump.