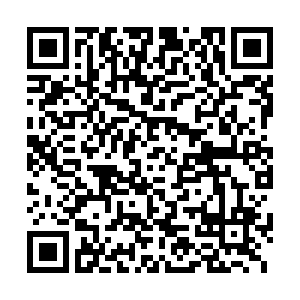 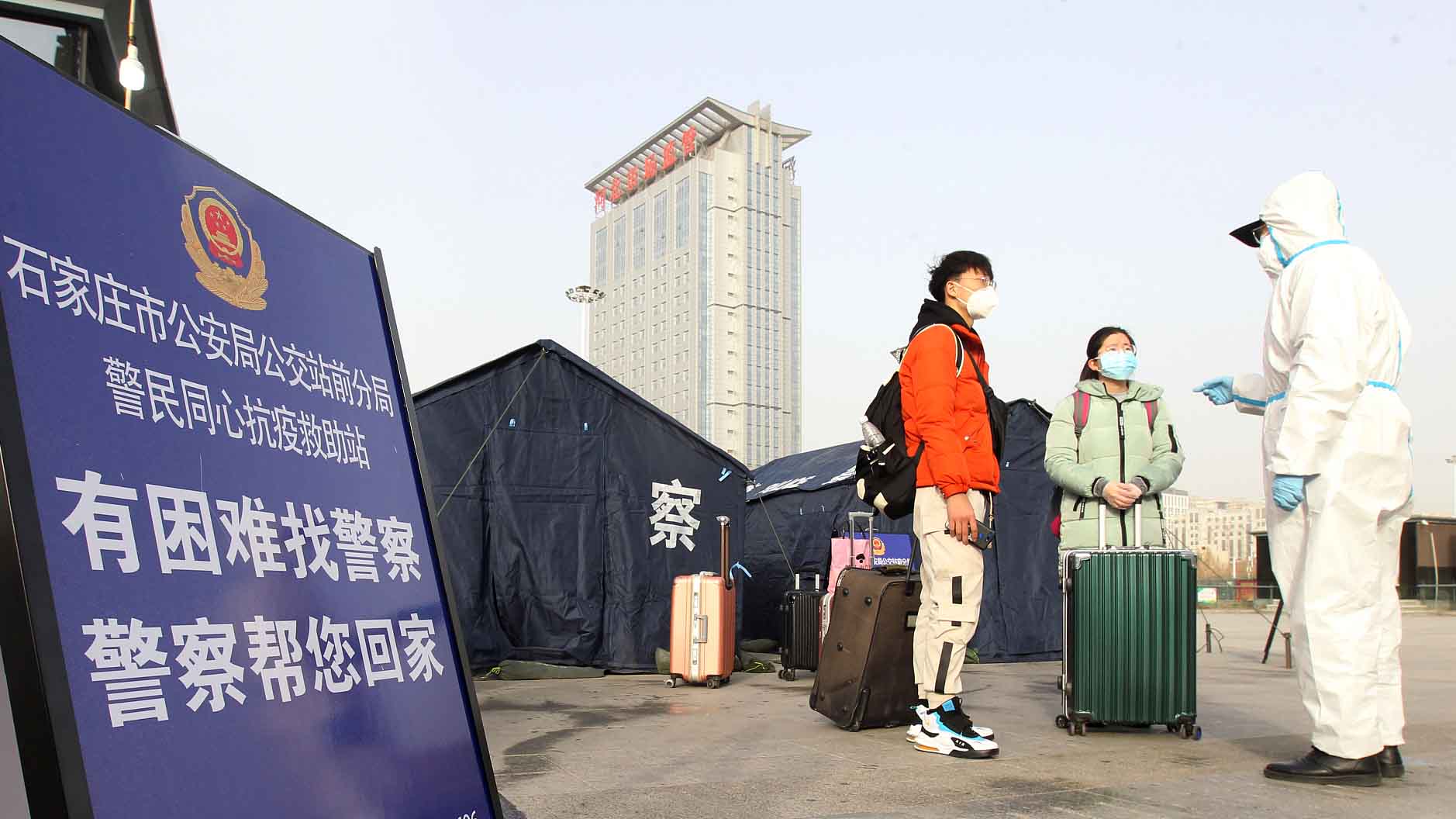 About 2,000 Chinese college students en route back home for the the annual Spring Festival holiday are now stranded in the city of Shijiazhuang after authorities suspended outbound traffic to contain a coronavirus flare-up.

Many college students who were passing through the city on their way home ahead of the holiday have been stuck since last Wednesday when authorities imposed transportation restrictions.

The city government has stepped in to help the students, many of whom are on slim budgets, with food and accommodation.

Gao Jiawei is one of them. He was traveling from Xingtai, another city in Hebei, to his hometown in the neighboring province of Shanxi, and was transferring at Shijiazhuang East Railway Station when he could not leave Shijiazhuang because of regulations restricting mobility.

Since he was left stranded, he had to find a place to stay and food to survive.

He told CGTN that when he was on his way to get a COVID-19 test, he came across another student in a similar predicament. Since both of them didn't have enough money, they decided to share the cost of a hotel room and started looking for help from the local government. However, the process dragged on longer than they thought it would.

Gao told his family about the situation, while his roommate Li Zhaowen, who comes from Henan Province didn't, fearing his parents would worry.

Hebei authorities say they've noticed that many students, like Gao and Li, have been stranded with no place to go, so they're taking action to make sure everyone is safe and warm.

"We've sent out teams to patrol transportation stations, archways in bridges, or even construction sites. We send patrols to all the places we can think of," Pang Lianxing with the Department of Civil Affairs of Hebei Province said.

It was a challenging few days for both of Gao and Li.

"We were losing hope. We survived on noodles. It's very hard," Li said.

Two days after they managed to get through to the local government, they received a call-back saying they would be picked up to a designated hotel for stranded college students.

"We are good. At least our meals and accommodation are being taken care of," Gao told CGTN, adding that the experience of the last few days has been an emotional roller-coaster.

"We were so anxious the first few days, but we thought we could be able to get out. We still had hope," Gao said, "But then we realized it would be difficult to get out, which made us we feel hopeless. After that, we saw hope again, because our situation caught the attention of the media. Now, most of us (stranded students) have somewhere to stay."

According to officials, more than 2,000 students are stranded in Shijiazhuang.

With the Chinese New Year fast approaching, these students will be hoping authorities can contain the local outbreak as fast as possible, so they can get home and celebrate the holiday with their loved ones.