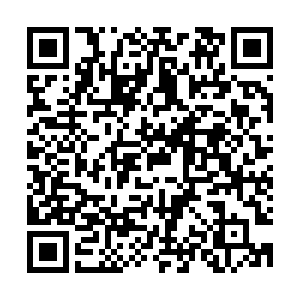 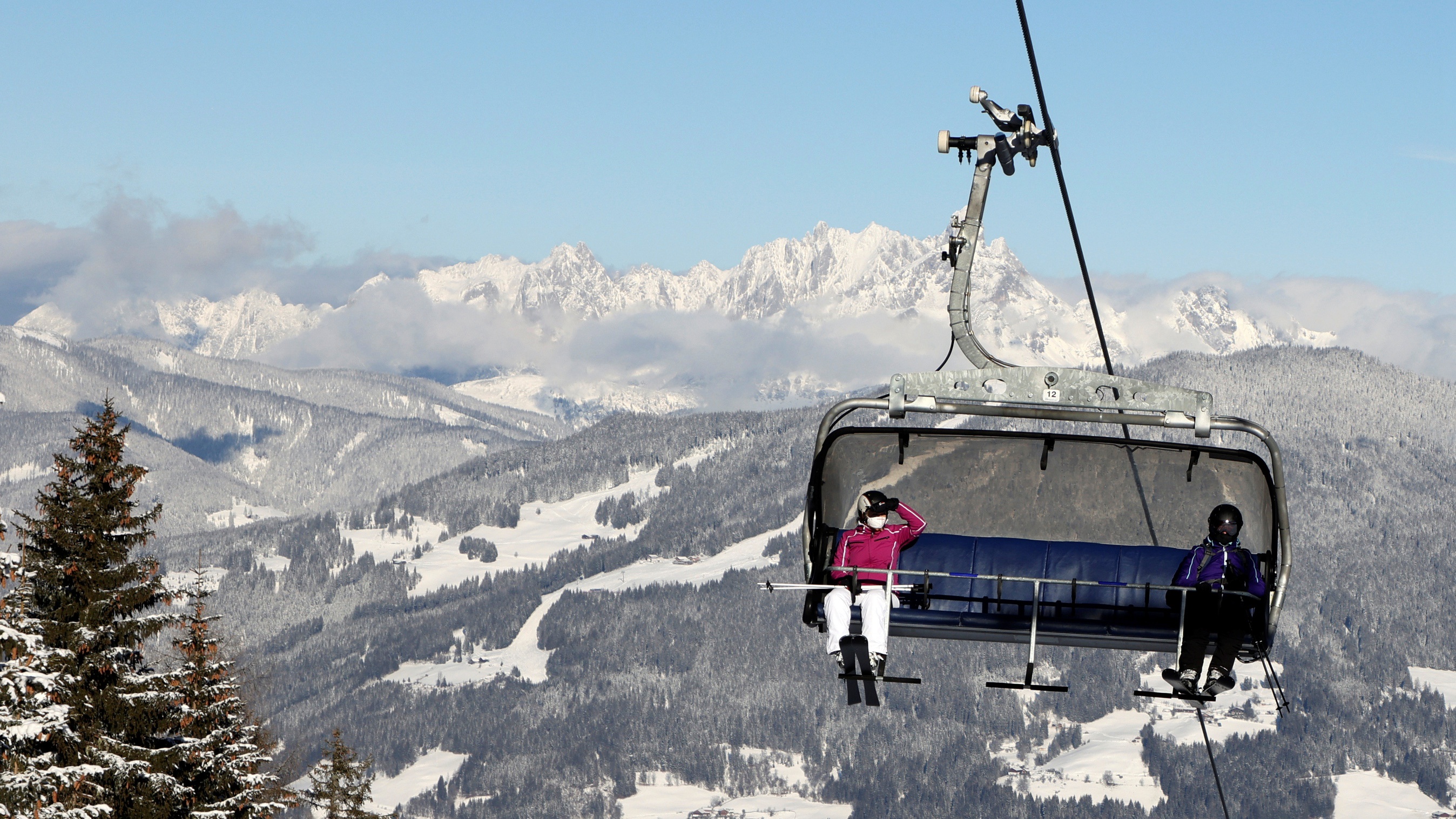 It's normally one of the highlights of the ski World Cup season, but this weekend there were no TV cameras filming the world's top skiers as they raced down the perilous course in Wengen, Switzerland. That's because the competition had to be relocated following a COVID-19 outbreak in the small Swiss resort, reportedly linked to tourists.

The move illustrated the dilemma ski resorts have faced this winter.

In much of Europe, cold weather means heading to the mountains and strapping on some skis. But since the start of the pandemic, ski resorts have been blamed for some of the worst outbreaks on the continent. This has forced many countries, whose tourism sector relies on the short ski season, to choose between economic interests and health and safety.

Last March, the Austrian ski resort of Ischgl made international headlines when it was linked to hundreds of COVID-19 cases as far as Iceland, Denmark and Norway. While regional authorities were accused of downplaying the risks and being slow to take action to contain the outbreak, the resort also combined all the factors for a fast spread of the virus.

Ski enthusiasts travel to the Alps from every corner of Europe – from Russia to the Netherlands and the UK – during the winter. Ischgl and other Tyrolean ski resorts have been blamed for COVID-19 cases in some 40 countries, according to one group seeking a class action lawsuit against Tyrolean authorities.

Whizzing down slopes poses relatively few risks of contagion, but crowded ski lifts and high-altitude restaurants – in a normal season, up to 20,000 snow enthusiasts throng Ischgl's slopes daily – are a recipe for disaster.

Ischgl's beloved après-ski scene – often described as "Ibiza of the Alps," in reference to the famous Spanish party island – also compounded the dangers: the starting point for the outbreak was traced to a popular après-ski bar. 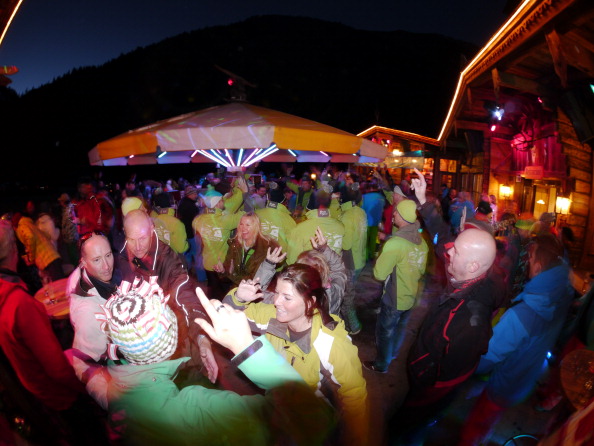 An après-ski party in a normal year in Stubai, Austria. /Getty

An après-ski party in a normal year in Stubai, Austria. /Getty

In December, the World Health Organization put out a warning, noting that "ski resorts played a significant role in seeding the pandemic across Europe." "Skiing does not spread COVID-19, but busy mountain resorts do," it said.

Going into this winter, it would have seemed a no-brainer to keep ski resorts closed, especially with a second COVID-19 wave hitting Europe.

But this would have ignored how vital the sector is for the economy of many countries.

Skiing is a major tourism draw in the Alps and from restaurants to bed and breakfasts, hotels, bars and shops, local businesses in many remote villages rely on it for their very survival. So do thousands of jobs, from lift operators and ski instructors to bar staff and the local baker.

One Austrian economist estimated that cancelling the entire 2020-2021 ski season would cause a 1.5-percent drop in the country's GDP.

In Switzerland, winter tourism makes up about 1 percent of GDP, but in cantons like Valais and Grisons where most ski resorts are located, it accounts for as much of 10 percent of the regional economy, expert Laurent Vanat told SwissInfo.

In France, which has about 350 ski resorts, an estimated 120,000 jobs depend on the sector, according to Domaines Skiables de France, the French ski resort trade association.

Jean-Luc Boch, president of the national association of ski resort mayors (ANMSM), put it succinctly when he told the newspaper Dauphiné Libéré earlier this month: "Either we reopen ultra fast, or we are dead."

To open or not to open?

This has left European leaders with tough decisions to make.

Italy, which suffered one of the worst death tolls at the start of the COVID-19 pandemic, called for an EU-wide consensus in November to keep all ski resorts closed until at least mid-January, backed by Germany and France. Austria, however, opposed the move. 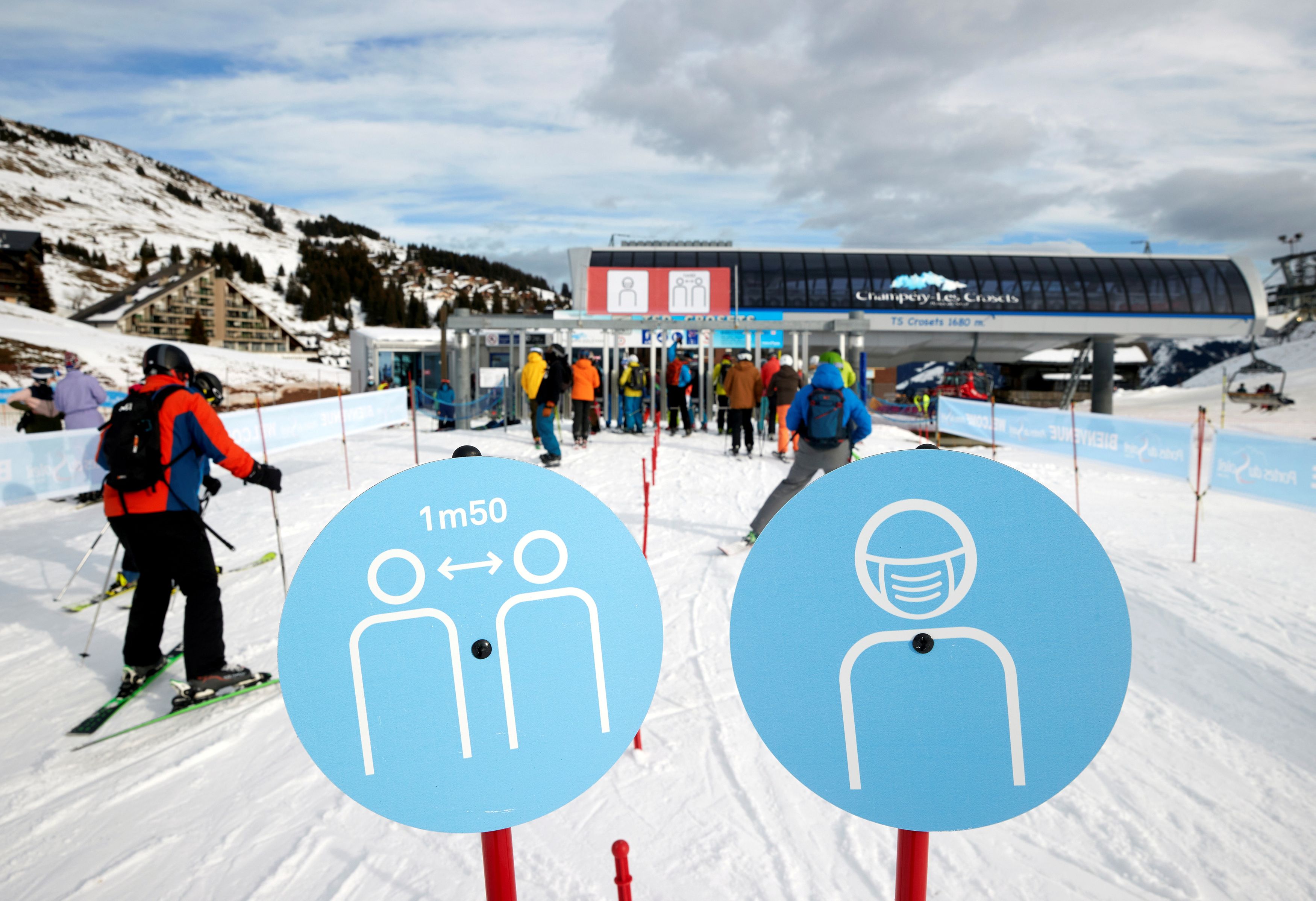 The result has been contradictory measures taken by individual member states with little coordination and much room for chaos and discontent.

In Germany, which remains under lockdown, ski slopes are likewise closed.

French resorts have been able to welcome visitors but ski lifts have not been allowed to open, meaning no skiing, unless one trudges up the mountain on foot.

Ski-mad Austria went for the reverse approach: opening ski slopes and lifts, while keeping hotels and restaurants closed, so that foreign tourists stay away but at least domestic daytrippers can enjoy some powder, even if they must wear a mask when riding the gondola.

And defying all its neighbors, non-EU member Switzerland has allowed its resorts to run almost as usual, with somewhat catastrophic consequences.

Wengen, a village of about 1,300 people in the Bernese Oberland region, had been relatively spared from the COVID-19 pandemic. But local health authorities said last week that a cluster had developed there, with about 60 cases since mid-December. This was traced back to a British tourist who stayed in the resort over the Christmas holidays.

The timing couldn't have been worse: Wengen was due to host World Cup ski races over the weekend, where the sport's crème de la crème tackle the daunting Lauberhorn course. In the end, organizers had to cancel the competition – which is one the absolute high points of the ski calendar and is a truly cherished event in a ski nation like Switzerland – as they could not guarantee the safety of the athletes and staff. 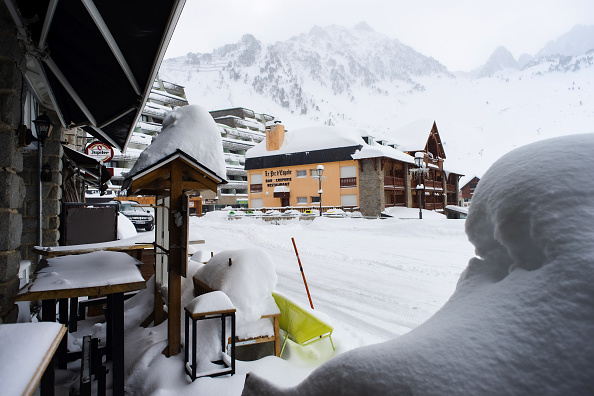 Snow piles up outside closed bars and restaurants at the La Mongie ski resort in the Hautes Pyrenees region in Grand Tourmalet, France, December 8, 2020. /Getty

Snow piles up outside closed bars and restaurants at the La Mongie ski resort in the Hautes Pyrenees region in Grand Tourmalet, France, December 8, 2020. /Getty

Switzerland's gamble in reopening its ski resorts to tourists thus backfired. And it wasn't the only recent ski-resort scandal in the small alpine country: reports that hundreds of British tourists fled the popular resort of Verbier after Swiss authorities suddenly imposed a quarantine on foreign travelers made international headlines last month.

In Austria, news last week of a cluster of cases among British, Dutch and Spanish ski instructors on a private training course in the ski resort of Jochberg prompted accusations of double standards while the rest of the country remains in lockdown, with schools, museums, parks and non-essential shops shut, and people working from home.

Images of crowds flocking to Swiss and Austrian slopes in recent weeks – and not always respecting social distancing – have also caused outrage, even as other activities are banned.

How the next few months will look is anybody's guess. But with COVID-19 restrictions being extended week after week, many ski destinations are preparing to write off the entire season as a loss.

Having already missed out on the crucial Christmas holidays, resorts in France and southern Germany fear they may not be allowed to open in time for February school holidays, and the season is usually over by March or April.

Even those that have been allowed to operate have struggled, as quarantine rules and travel warnings have kept crucial foreign visitors – who make up most of their clientele – away.

"The will is still there to stay open," noted Franz Hoerl, head of the Austrian chamber of commerce's cable-car trade association. "The question is whether everyone can afford to."