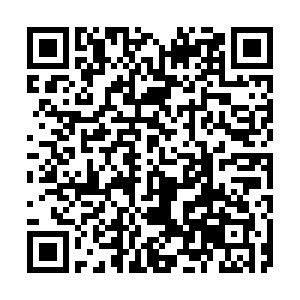 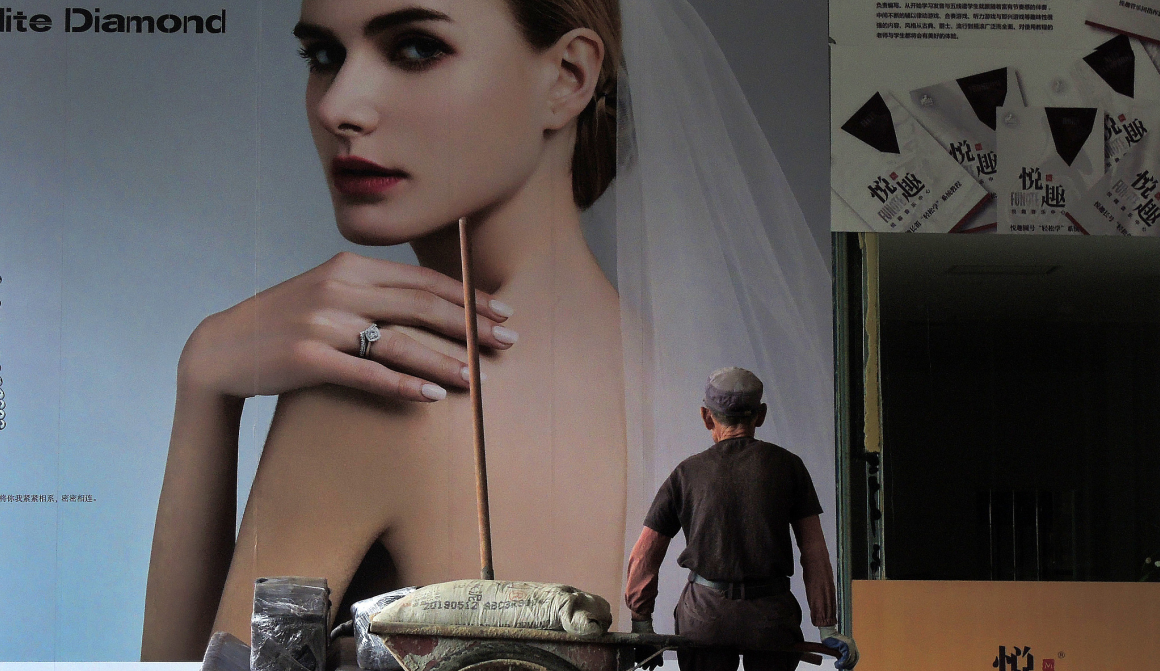 A billboard shows a woman wearing a diamond ring. /CFP

A billboard shows a woman wearing a diamond ring. /CFP

The video ad features a young woman being stalked by a man wearing a black hoodie. Sensing the danger, she takes out her cleansing wipes and removes her make-up, immediately scaring off the would-be offender.

Outraged by its insensitivity, Chinese internet users took to social media to condemn the ad. Some accused it of downplaying the dangers women regularly face and promoting the perception that women are to blame for attracting men's attention if they dress up or make an effort to look pretty. But what people find most offensive is that the content appears to have objectified the female character. As the likelihood of a woman being harassed is determined by her looks, she is perceived to have become an object.

"What I find most inconceivable is that such a famous brand as PurCotton could be so sloppy about how its corporate values are being projected. I think the subsequent public anger did not only focus on the video itself but as consumers, we also expect well-known brands to tread lightly on sensitive issues," said Li Jing, a freelance who focuses on women's issues, in an interview with CGTN.

"At a time when Chinese are promoting homegrown brands, having quality products to offer is not enough," she added. "Businesses would also have to at least deliver a positive message."

The company apologized, pulled the video off social media sites, and promised to do a deep soul-searching reflection so as not to repeat the mistake. 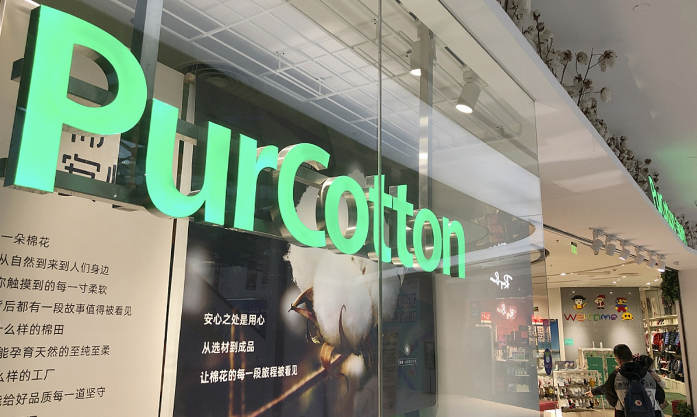 The company logo of PurCotton /CFP

The company logo of PurCotton /CFP

But commercials appearing to have objectified women have existed long since visualization came into existence, and although people have increasingly recognized how inappropriate these ads can be, the trend of ignoring women's perspectives in advertising circles doesn't seem to have abated.

In a survey by Sina.com on Saturday, about 64 percent of over 250 respondents said they believe companies responsible for releasing indecent commercials are not just individual cases but rather reflect a chronic illness of the advertising industry.

In 2017, a Chinese-based Audi commercial also had an experience similar to that of PurCotton. In that ad, a mother storms into her son's wedding and does a thorough check of his bride's physical appearance before allowing the marriage to go ahead. Appearing to compare finding a wife to buying a vehicle, a slogan commonly used in Audi's car sales events pops up just as the groom's mother finishes her unsettling dissection and gives a thumbs up to the bride.

"Ads that have objectified women have existed for a long time. It's not a recent phenomenon," Li said. "But consumers' reactions to these ads have changed, which is indicative of how society as a whole has changed its view toward women, how women have altered the way they look at themselves, and how standards have been improved. The scream for protecting women's interests is getting ever louder in China."

Another concern for women's objectification is its impact on mental health. Studies have shown that exposure to objectification can lead women to self-objectify, which subsequently harms their emotional well-being. The impact is magnified when this appears on the screen. Susan Bordo, a renowned feminist philosopher, wrote extensively about the impact of popular culture (television, advertisements, and magazines, for example) in shaping the female body while also looking at what is considered as typical female disorders like hysteria as "complex crystallization of culture" in her book Unbearable Weight: Feminism, Western Culture, and the Body. 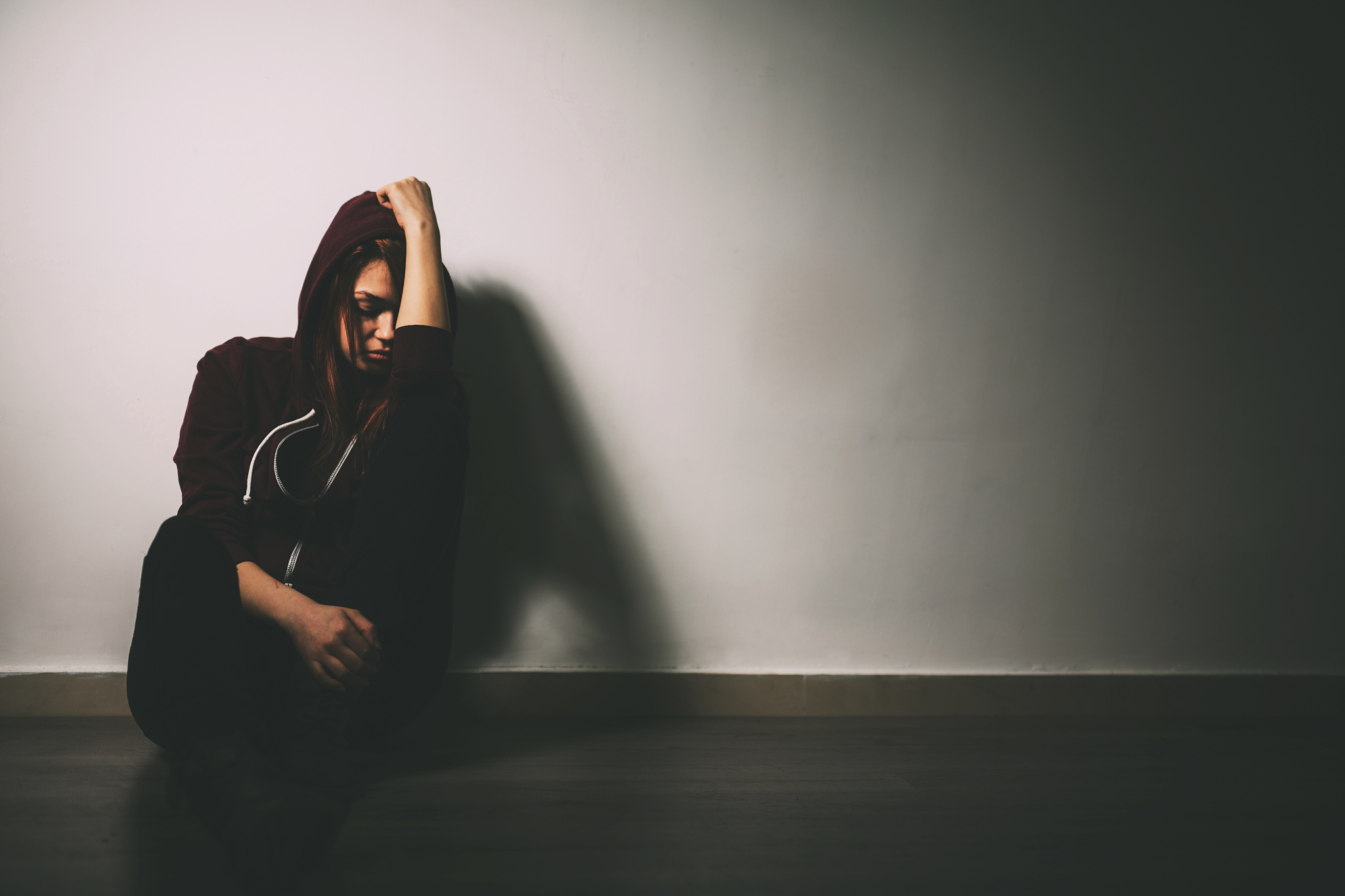 A mentally depressed woman sits on the floor. /CFP

A mentally depressed woman sits on the floor. /CFP

Yet, the growing demands for de-objectification and recognition of the act's harmful effects have failed to upend this practice of the advertising industry. The pervasiveness of these commercials has longstanding roots and deep-rooted societal basis.

Tracing back to the 1950s in the U.S., where visual advertising was booming, the American TV industry was flooded with commercials that many say opened the era of objectifying women. These ads, brimming with overt sexual implications, were made to capture men's interest as they made up an overwhelming majority of those with purchasing power.

But as the consumer market progressed and women became a powerful force to buy, ads that contain elements of sexual appeal did not eclipse but became a tip of the iceberg in objectifying women. In China, where women were largely perceived as house-keepers in the past, women's status has been elevated as businesses have tailored marketing strategies that help boost their sales. While women are more frequently addressed as queens or goddesses, they don't seem to have escaped being subject to objectification. 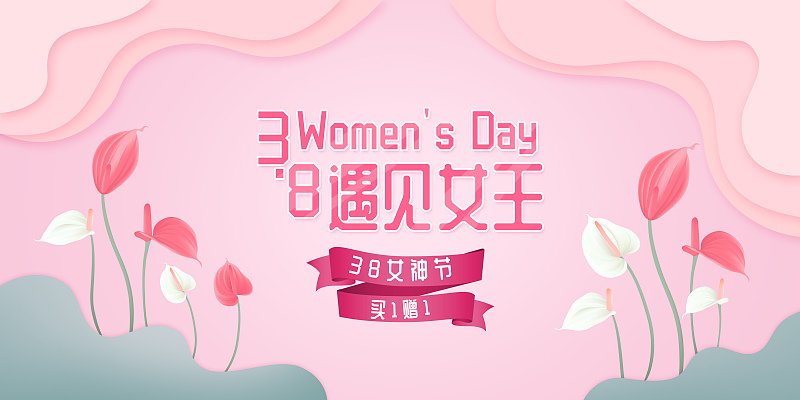 In China, Women's Day has been promoted as a festival to celebrate goddesses. /CFP

In China, Women's Day has been promoted as a festival to celebrate goddesses. /CFP

Qiu Min, an art theory lecturer at East China Normal University, said that objectifying women in commercials can take vastly different shapes. "Some promote physical beauty to appeal to women; some try to portray women as independent, royal or even sacred. But none has evaded the innate propensity to view women through a man's lens."

"This is a dyed-in-the-wool visual experience shaped by the dominant culture in our society, something that's buried deep into the minds of both men and women," she told CGTN. "Even though the female community has evolved, becoming more active in pursuing women's rights and gaining traction over time, the deep-seated logic of commodity economy has not."

"What should also be noted is that many other commercials, including the ones we have come to appreciate due to their artistic appeal, don't always hold high moral standards," said Qiu, who is also a seasoned art critic. "These works are not labeled as ethically reprehensible because the way they present themselves has been well polished during production, whereas the ones that are may have done a lousy job at visualization, which inevitably draws their problematic components to people's attention."

"As long as this culture still has a place in influencing us, these commercials won't disappear."