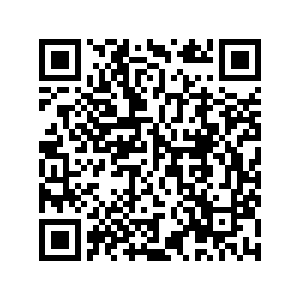 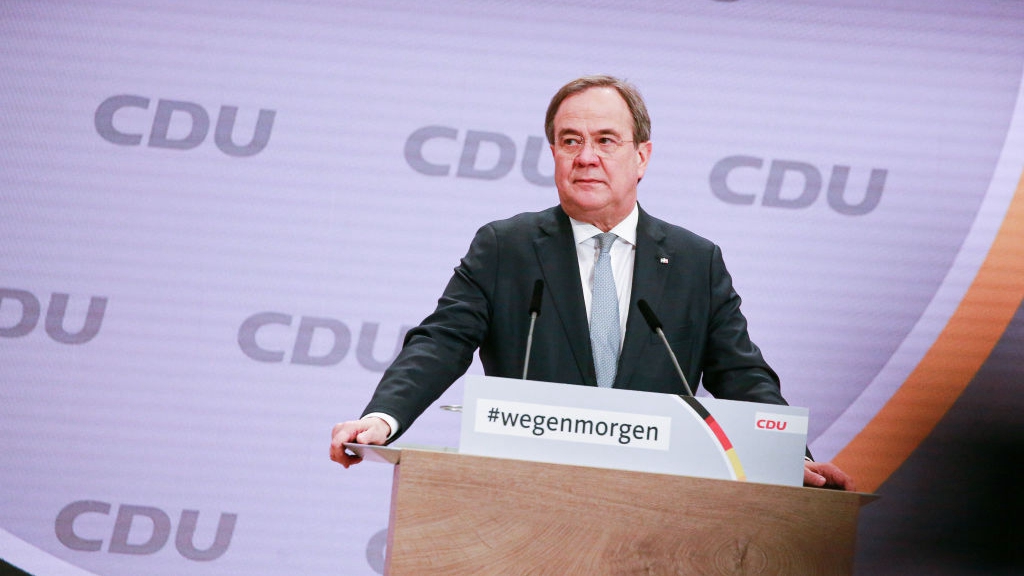 The new party chairman of the CDU, Armin Laschet speaks during the digitally hosted 33rd party conference of the CDU in Berlin, Germany, January 16, 2021. /Getty

The new party chairman of the CDU, Armin Laschet speaks during the digitally hosted 33rd party conference of the CDU in Berlin, Germany, January 16, 2021. /Getty

Editor's note: Melvyn Krauss is Professor Emeritus of Economics at New York University. The article reflects the author's opinions, and not necessarily the views of CGTN.

Armin Laschet's victory in the election to lead Germany's Christian Democratic Union (CDU) puts him in pole position to succeed Chancellor Angela Merkel later this year. But the leadership contest was more about differences in tone and style than substance. From a policy standpoint, it makes no difference.

Currently the minister-president of North Rhine-Westphalia, Germany's most populous state, Laschet will maintain Merkel's policies to keep the eurozone together. His competitor for the post, Friedrich Merz, would have done the same, notwithstanding his more conservative temperament. Continuity will be the watchword of the post-Merkel period.

During Merkel's 16-year tenure, holding the euro together has become a key political imperative for Germany. The response to the COVID-19 pandemic has shown that Germany's leadership will do almost anything to prevent Italy from leaving the single currency.

Not only has Germany agreed to a 750 billion euro ($910 billion) EU recovery fund and the issuance of joint debt (through a quasi-Eurobond); it also may agree to pursue additional fiscal stimulus, even if it has to again suspend its "black zero" rule against budget deficits.

After all, Italy and other southern eurozone economies simply will not be able to tolerate a steadily appreciating euro for an extended time. The Germans abandoned austerity during the Merkel era but it is a kind of "backdoor austerity" to forgo a fiscal stimulus with a declining economy and rising currency. Something will now have to give, and it won't be the euro. It will be Germany's traditional opposition to fiscal stimulus.

The euro has been under attack for years. As a committed "currency warrior" and brutal protectionist, President Donald Trump wanted a weaker dollar, and he has a U.S. Federal Reserve chair, Jerome Powell, who is more than willing to accommodate his wishes in this respect.

President-elect Joe Biden's administration will be pushing for more fiscal expansion. If this policy were to prompt an interest-rate hike from the Fed, it would strengthen the greenback against the euro.

Powell, however, has already made clear that "now is not the time" for a rate increase. And Wall Street has been betting that the dollar will remain on a declining path throughout 2021, and perhaps longer.

Moreover, now that post-Brexit Britain's dream of securing a special trade deal with the Trump administration has been exposed as nonsense, the British, too, will be pursuing a weak-currency policy.

As if the increased costs from the emergence of a more contagious strain of COVID-19 were not severe enough, a recent study from the London School of Economics estimates that British exports to the EU will fall by more than one-third under the terms of Prime Minister Boris Johnson's "hard Brexit" deal.

Finally, buying up euros has become an ideal bet for currency speculators. With its refusal to lower the discount rate, the European Central Bank has sent a clear signal that the euro's foreign-exchange value is of secondary importance to the health of European banks, which oppose a rate cut. 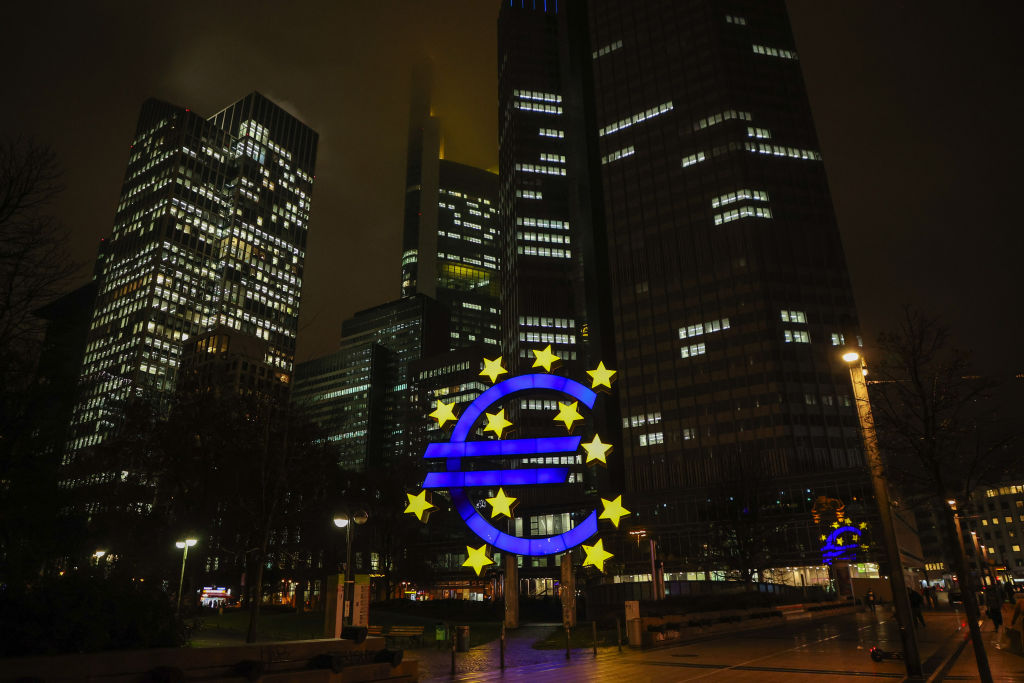 The Euro sculpture illuminated outside the Eurotower, the former headquarters of the European Central Bank (ECB) in Frankfurt, Germany, December 15, 2020. /Getty

The Euro sculpture illuminated outside the Eurotower, the former headquarters of the European Central Bank (ECB) in Frankfurt, Germany, December 15, 2020. /Getty

Likewise, by refusing to take steps to alleviate the upward pressure being applied by speculators, the ECB has made the euro into a "patsy currency" that is easily pushed around.

Owing to these factors, life is becoming increasingly difficult for European exporters. They are the ones bearing the economic burden of bank subsidization. Top ECB officials argue that the subsidy must be maintained, because banks account for 85 percent of Europe's financial intermediation (compared to 50 percent in the United States according to my ECB sources).

But the tradeoff that pushes the euro higher is not sustainable. Clearly, Europe must find a way to subsidize its banking sector without undermining its exports.

German fiscal stimulus, by removing "backdoor austerity," would act as a tonic for southern eurozone exports to northern member states. It would also help to restructure trade relations within the eurozone overall, which would serve to make EU exports less dependent on the relative strength of the euro.

This would both promote economic growth and support the bloc's political cohesion, because internalizing European trade would make the euro's exchange rate far less contentious between north and south than it is now.

Italy and other southern countries could sidestep the effects of a stronger euro by selling more goods to Germany and other northern countries. In this way, fiscal stimulus would offer an effective answer to the "currency warriors" now and in the future.

Laschet's election as CDU leader neither increases nor decreases the chances for German fiscal stimulus. Much will depend on whether another crisis poses a sufficient threat to Italy and the other southern member states. Given these countries' already-weak economies, a steadily rising euro is the factor most likely to send them scurrying for the exit.

And the ECB's cavalier treatment of the euro implies that such a scenario could materialize sooner than many think. To prevent it, German policymakers should have plans for fiscal stimulus ready and waiting.