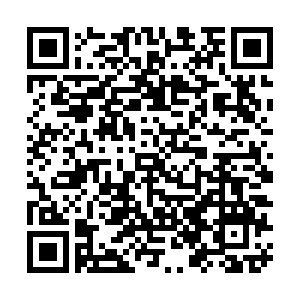 U.S. President Donald Trump, in a farewell address released on Tuesday, urged prayers for the new administration of President-elect Joe Biden but still declined to acknowledge his Democratic successor by name.

"This week, we inaugurate a new administration and pray for its success in keeping America safe and prosperous," the outgoing president said in video remarks.

Trump has refused to offer a full concession to Biden, who won the November 3 election with 306 Electoral College votes to Trump's 232. The outgoing president is not meeting with Biden before the Democrat's inauguration at 12:00 p.m. EST (1700 GMT) on Wednesday and instead plans to fly to Florida, where he is expected to reside after his White House term.

He also sought to highlight aspects of his presidency in which he took pride.

"We did what we came here to do, and so much more," he said. "I took on the tough battles, the hardest fights, the most difficult choices – because that's what you elected me to do."

Trump, who leaves amid deep divisions in the country, acknowledged the Capitol riots, which in the immediate aftermath of the violence on January 6 he was slow to condemn.

"All Americans were horrified by the assault on our Capitol. Political violence is an attack on everything we cherish as Americans. It can never be tolerated," he said.

In one of his last acts before he flies to Florida, Trump is expected to issue scores of pardons, with speculation rife over who might make the list.

Biden, a veteran Democratic senator who also served as vice president to Barack Obama, left for Washington with his wife Jill Biden. They are staying in Blair House, a residence for heads of state and other important visitors just across the street from the White House.

The inaugural speech will last between 20-30 minutes, according to an adviser of Biden who requested anonymity.

"He will reach out to all Americans, and call on every citizen to be part of meeting the extraordinary challenges facing all of us," the adviser said.