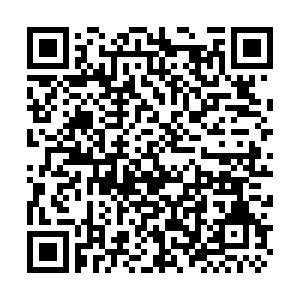 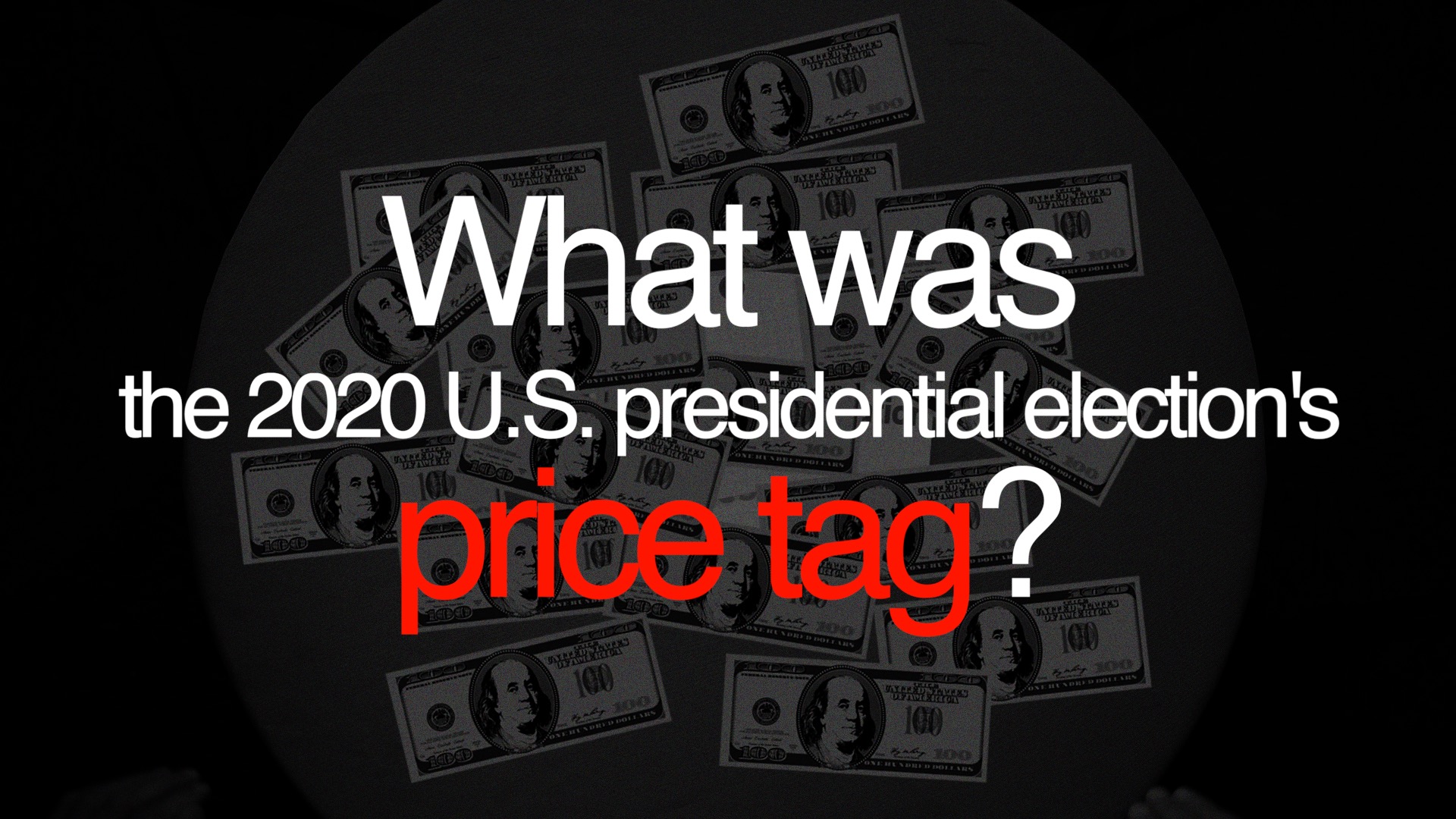 It takes a lot to become president of the United States – a strong vision, stellar communication skills, political prowess, charisma and money, loads of money.

So what was the price tag for the 2020 U.S. presidential election?

Joe Biden, Donald Trump and other candidates spent an estimated $6.6 billion on the campaign trail. This makes it the costliest U.S. election ever, greater than the GDP of the Maldives, Fiji, Sierra Leone, Liberia and Bhutan.

Trump had his eyes on a second term as soon as he took office and went on to raise $774 million to support his venture, according to the Federal Election Commission filings. Biden, on the other hand, raised significantly more – $1 billion.

So where did the money come from?

Despite COVID-19 disruptions, the 2020 election saw a surge in small-dollar donations amid extraordinary enthusiasm from U.S. voters. Donations below $200 accounted for 58 percent of Biden's fundraising and 62 percent of Trump's. Biden secured more money from small donors than his main rival did, pulling in $643 million compared with the $475 million that Trump received in small amounts. 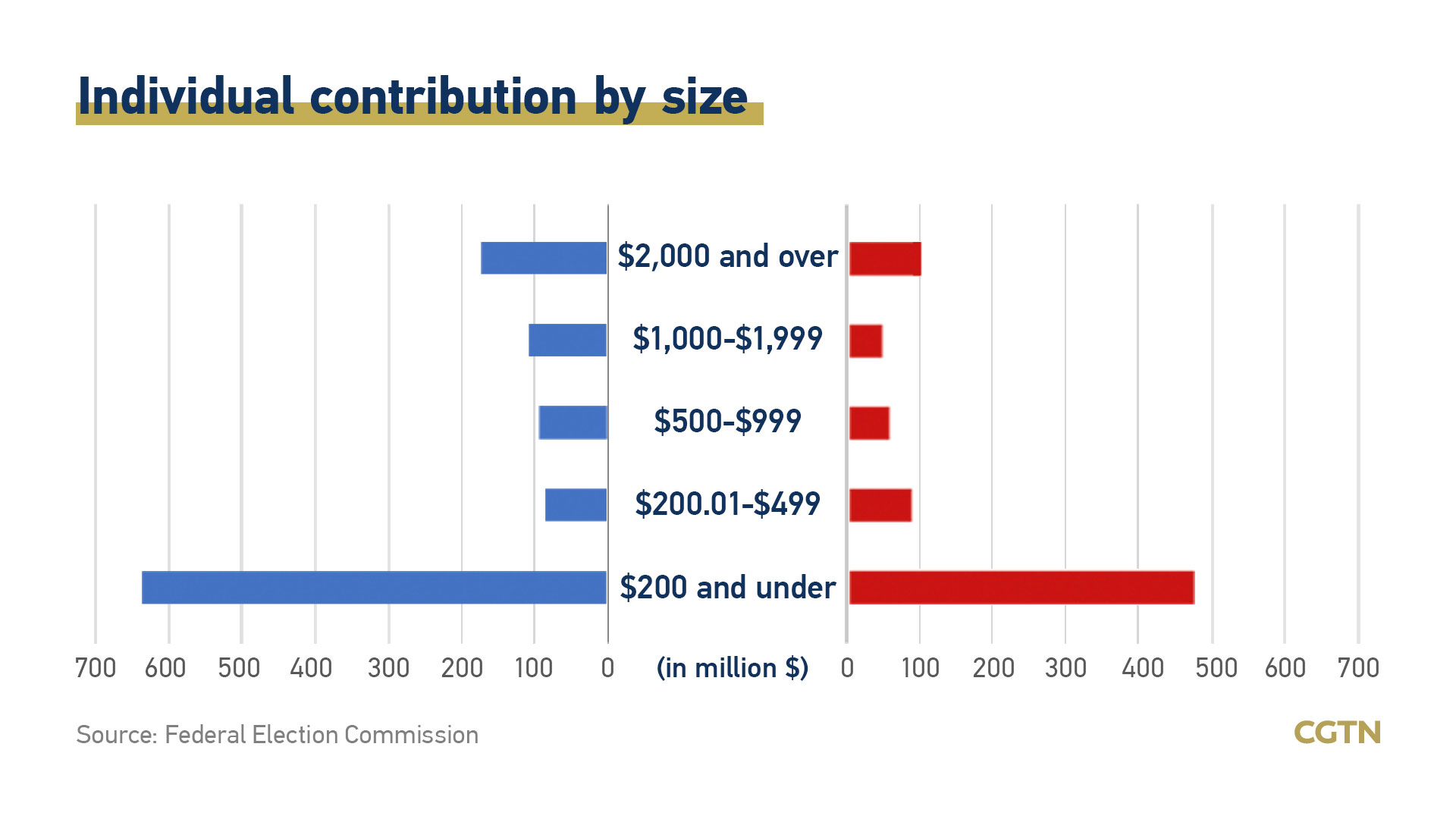 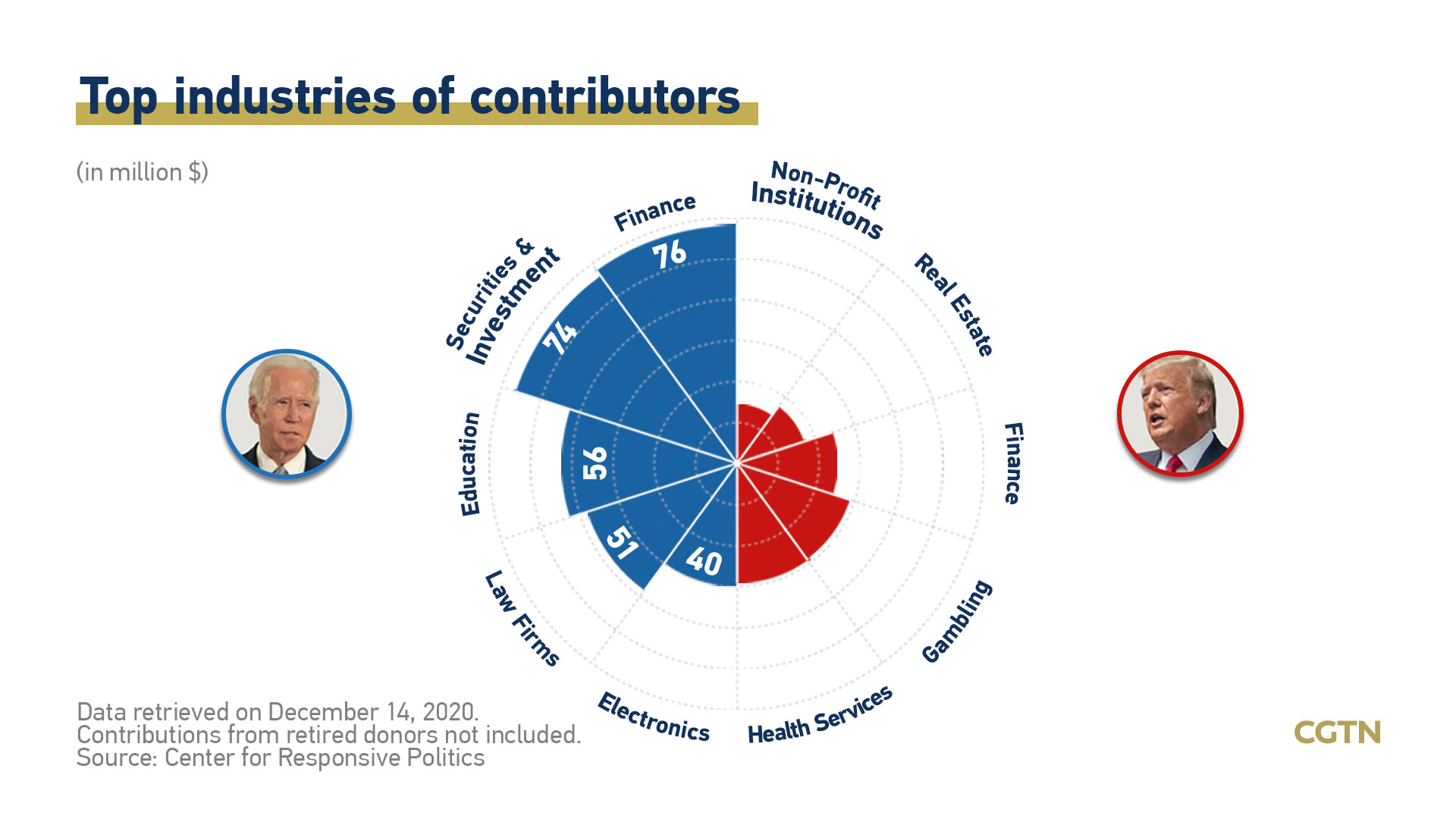 The top five donors to the Biden and Trump 2020 campaigns spent over $100 million in total, with most donations going to outside groups such as Super PACs. These committees can raise and spend an unlimited amount of money, independently of their candidate's campaign. Former Democratic presidential candidate Michael Bloomberg was Biden's biggest supporter, giving away at least $56 million. Trump's biggest contributors were casino mogul Shelden Adelson and his wife Miriam Adelson, with $75 million to Preserve America PAC which supported Trump's reelection.

Geographically speaking, California, Washington, D.C. and New York contributed the most to Biden's fundraising efforts, while Trump pulled in donations mainly from California, Texas and Florida. Even though more money was donated to Trump in Nevada, Arizona, Georgia, Wisconsin and Michigan, the five states were blue during the election. In the case of Nevada, the state remained a blue state, despite the casino magnates in Las Vegas funding Trump's campaign.

Now where did all this money go?

The coronavirus pandemic sparked changes in the way presidential campaigns used their money. Candidates spent less on travel and fundraising events compared with the 2016 election but shelled out more cash on media. More than two-thirds of the dollars spent by the campaigns were on media exposure. For Biden, that figure was 80 percent of all campaign expenditures; for Trump, 66 percent.

Both campaigns relied heavily on TV and digital ads given the limitations on in-person events. Third parties also spent hundreds of millions of dollars on advertising in support of their candidates.

The Biden campaign spent considerably more than the Trump campaign on local cable advertising – $82 million versus $12 million – while Trump's campaign reserved its largest share for digital ads including on Facebook and Google.

For U.S. presidential hopefuls, it pays to spend big on the campaign trail. Historically, top spenders have won the race to the White House. The 2016 election was an exception, but this year the formula held true again. 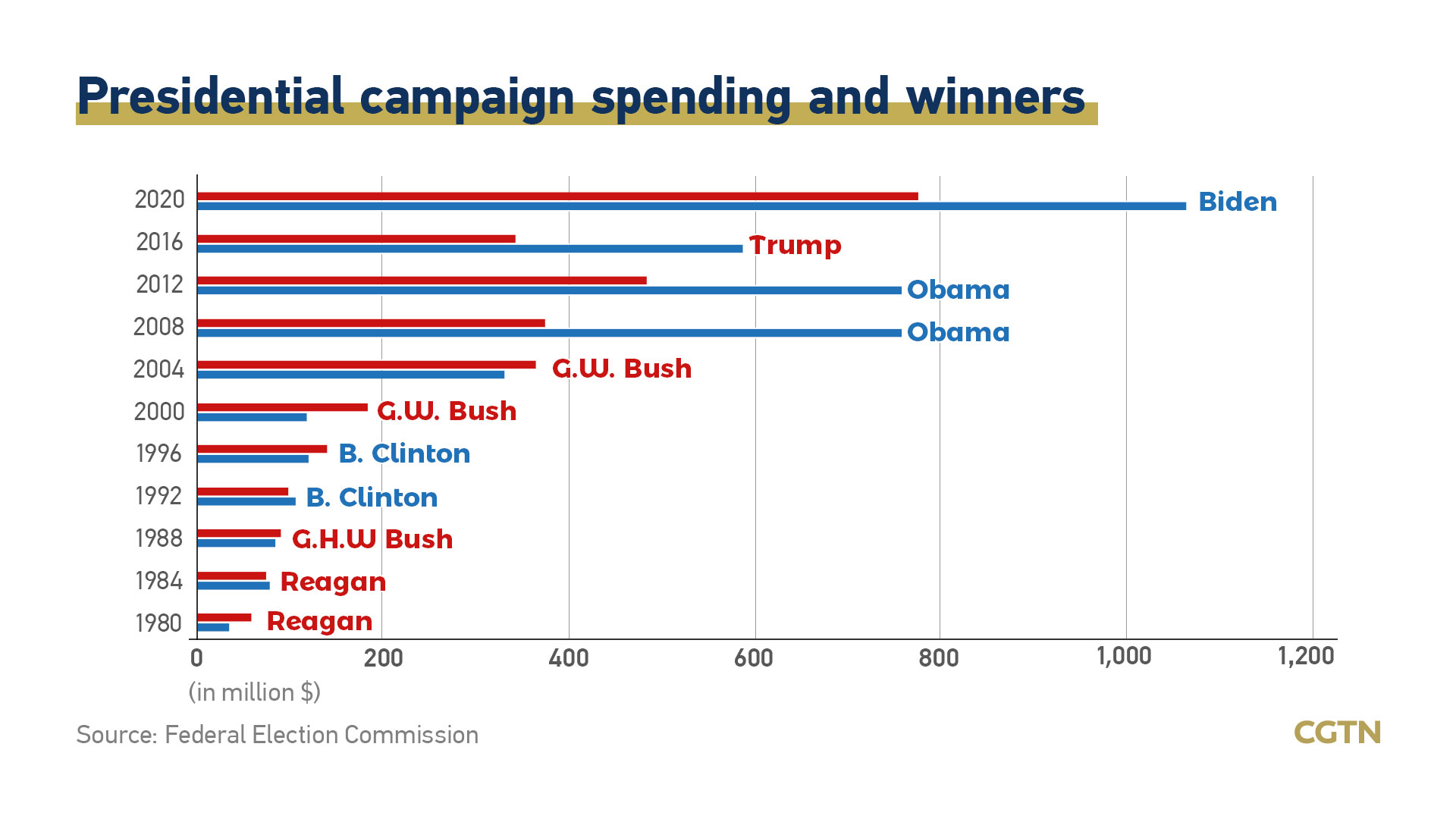