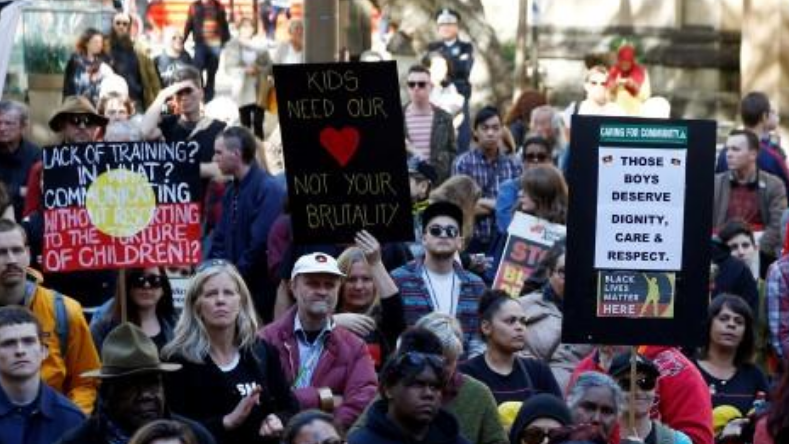 Australia has come under international pressure to reduce the number of children in detention and rethink its border policies during a UN human rights session on Wednesday.

Australian officials faced questions from their international counterparts attending the UN's Universal Periodic Review of Human Rights, which happens about every five years, via video-link on Wednesday.

One question that stood out is why Australia has delayed a push to raise the age of criminal responsibility from 10 to 14 years, which was said to have something to do with the country's high rates of incarceration of Indigenous children.

The high juvenile detention in Australia has led attorneys as well as civil society groups to urge the Australian government to raise the age to at least 14 years old.

Many countries also raised concerns about Australia's border policies, including offshore processing and refusing to resettle people who arrive by boat, The Guardian reported.

For example, Mexico called on the country to ensure its refugee processing was compatible with international standards including non-refoulement.

Several other countries raised the issues including climate change, freedom of expression and the alleged war crimes in Afghanistan during the UN session.

For example, China reaffirmed its calls for a thorough investigation into alleged war crimes by Australian Special Forces in Afghanistan, which hit media headlines across the world in mid-November.