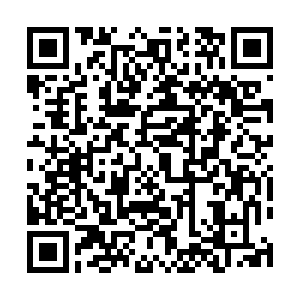 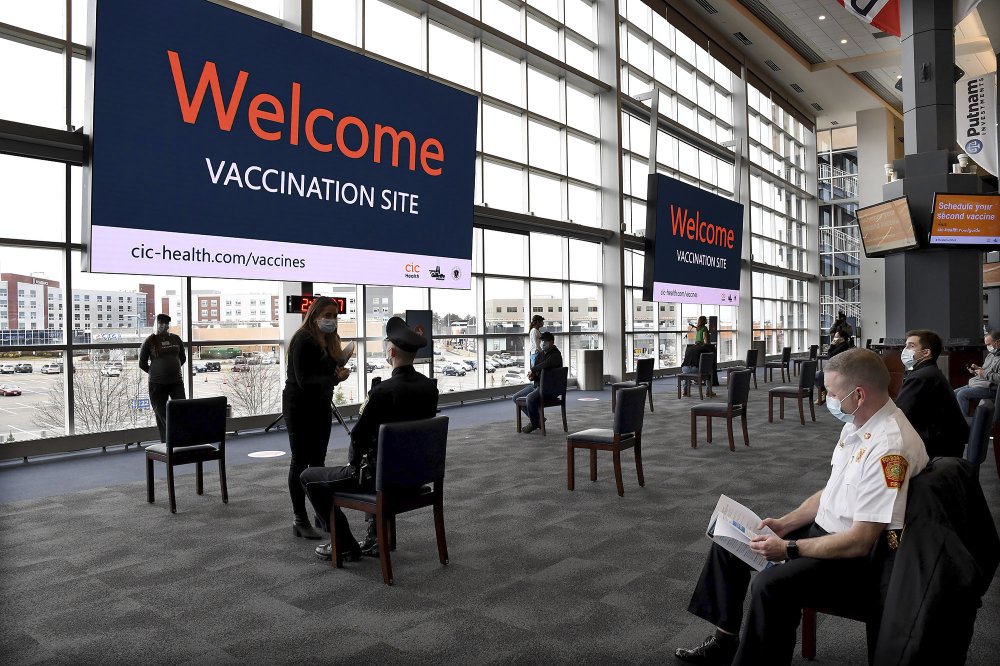 A first-aid staff (R) is undergoing a 15-minute waiting process for any potential adverse reaction after receiving a Moderna vaccine shot at the Putnam Clubhouse at Gillette Stadium in Foxboro, Mass., the U.S., January 15, 2021. /AP

A first-aid staff (R) is undergoing a 15-minute waiting process for any potential adverse reaction after receiving a Moderna vaccine shot at the Putnam Clubhouse at Gillette Stadium in Foxboro, Mass., the U.S., January 15, 2021. /AP

As countries around the globe ramp up their massive immunization programs, the production and distribution of vaccines have been met with mismatches and shortages in many areas including the U.S., Brazil, and India, three of the most infected countries.

In the U.S., the push to inoculate Americans against the coronavirus is hitting a roadblock: A number of states are reporting they are running out of vaccine doses, and tens of thousands of people who managed to get appointments for a first dose are seeing their appointments canceled.

The reason for the apparent mismatch between supply and demand in the U.S. was unclear, but last week the Health and Human Services Department suggested that states had unrealistic expectations for how many vaccines were on the way.

In any case, new shipments go out every week, and both the government and the drugmakers have said there are large quantities in the pipeline.

The shortages are coming as states dramatically ramp up their vaccination drives, at the federal government's direction, to reach people 65 and older, along with certain others. More than 400,000 deaths in the U.S. have been blamed on the virus.

President Joe Biden, who was inaugurated on Wednesday, immediately came under pressure to fix things. He has made it clear that his administration will take a stronger hand in attacking the crisis, and he vowed to administer 100 million shots in his first 100 days. 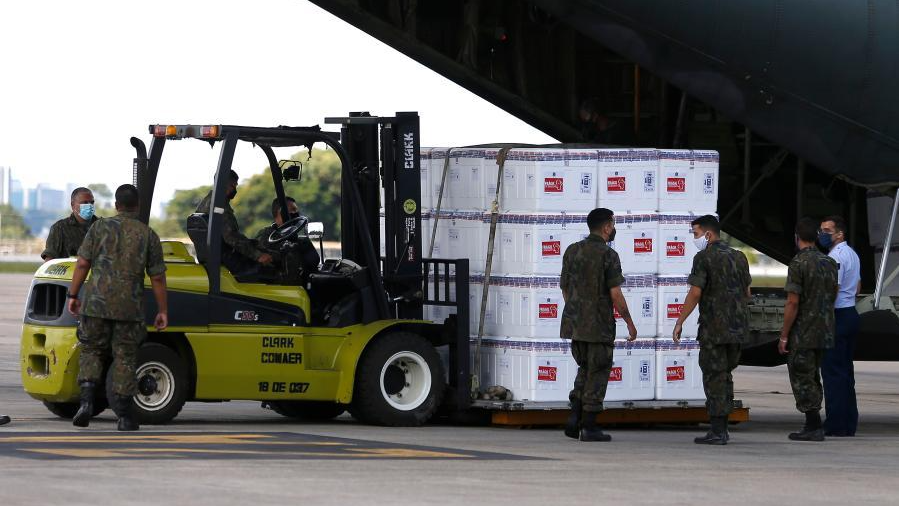 Brazil's foreign minister, Ernesto Araujo, said on Wednesday he still could not provide a timeline for when new coronavirus vaccine doses would arrive from India and China, raising concern in a country that is lagging behind others in vaccinating its people. Brazil is waiting for a shipment of AstraZeneca vaccines from India and a shipment of Sinovac vaccines from China.

Brazil launched its mass vaccination campaign in all states on Monday, Minister of Health Eduardo Pazuello said. The initial plan was to begin nationwide vaccination on Wednesday, but the date was moved up in response to the request of state governors, said Pazuello.

"The governors asked that as soon as (the vaccines) arrive in the states, they have the freedom to begin vaccination," Pazuello said.

Brazil's Health Regulatory Agency (Anvisa) on Sunday authorized the emergency use of the CoronaVac vaccine, as well as the AstraZeneca-University of Oxford vaccine against COVID-19.

But the current supply of active ingredients still falls short for the local manufacturing partners for vaccine makers to fill and finish doses for distribution.

Brazil was distributing around six million doses, with over 4.6 million distributed by the federal government and 1.3 million by the local government of Sao Paulo. The Butantan Institute run by Sao Paulo state needs another shipment of Sinovac's ingredients by the end of the month in order to hit its target of 46 million doses by April, the head of the institute told a news conference. 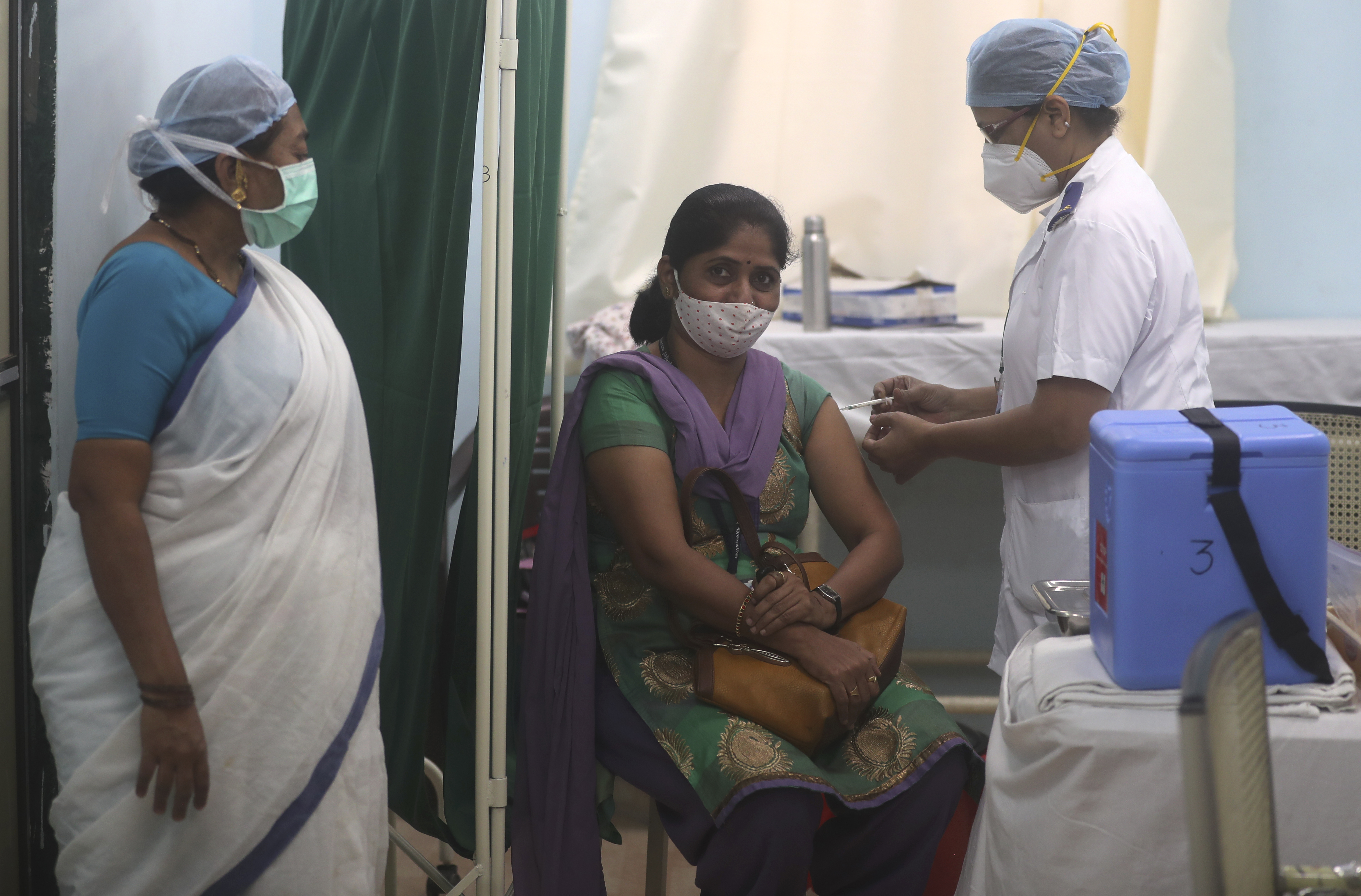 India's national immunization program is confronted with mistrust from the general public, as the national COVID-19 vaccine drive has been hampered by turnout as low as 22 percent in some states.

Some 780,000 people have been given the first shot of the two-jab dose in the five days since the world's biggest COVID-19 vaccination drive started on January 16, according to local media NDTV.

The government plans to vaccinate around 300,600 on the first day was seen as a first step in vaccinating around 300 million people with two doses in the first six to eight months of the year.

But on the first day, only 200,000 vaccinations were given, still the highest one-day total of any country, but nonetheless fell short of the nationwide government targets. By Tuesday evening, the government said 631,417 people had been vaccinated, far below the expected figure.

So far, in states such as Tamil Nadu and Punjab, uptake of the vaccine was as low as 22 percent and 23 percent in the first two days of the vaccination drive, according to The Guardian.

The low turnout was attributed to the nervousness about safety among the healthcare workers who were first in line to receive the vaccine, as well as technical difficulties with the app designed to alert people of their vaccine appointments.

The Health Ministry said on Wednesday that at least three of the four deaths reported among candidates who got their COVID-19 jabs are not because of the coronavirus vaccines, after a 42-year-old healthcare worker died in Telangana.

"The post-mortem is ongoing," an official health ministry statement said referring to the death of a Telangana man, who got a COVID jab on Tuesday morning and died early Wednesday morning after complaining of chest pain.

The percentage of adverse events among those administered COVID jabs was 0.18 per cent, while hospitalizations accounted for a negligible 0.002 per cent, the ministry added in an attempt to underline that the two vaccines are safe. 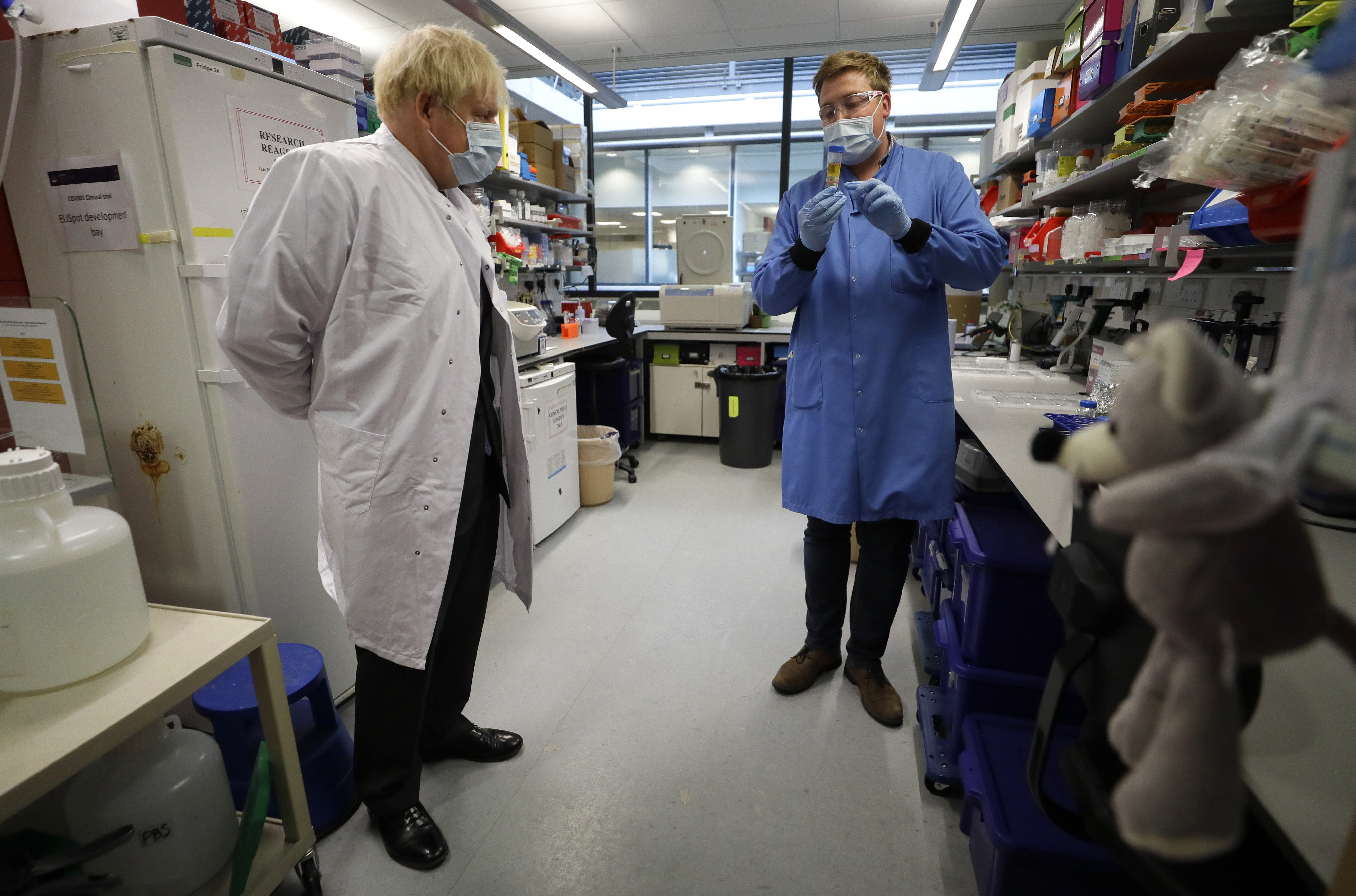 New version of vaccine on the way for the new variant

Oxford scientists are preparing to rapidly produce new versions of their vaccine to combat the emerging more contagious COVID-19 variants discovered in the UK, South Africa and Brazil, The Telegraph reported on Wednesday.

The team behind the vaccine from Oxford and AstraZeneca Plc is undertaking feasibility studies to reconfigure the technology, the newspaper said, citing a confirmation from Oxford University. They were working on estimating how quickly they could reconfigure their proprietary ChAdOx vaccine platform, which is the base of their COVID-19 vaccine, the report said.

An Oxford spokesman said the university is carefully assessing the impact of new variants on vaccine immunity and evaluating the processes needed for rapid development of adjusted COVID-19 vaccines if these should be necessary.

Tuesday, the scientists reported on bioRxiv ahead of peer review that, the variant of the new coronavirus identified in South Africa can resist, or "escape," antibodies that neutralize earlier versions of the virus.

It "exhibits complete escape" from three classes of monoclonal antibodies manufactured for treating COVID-19 patients, and it shows "substantial or complete" resistance to neutralizing antibodies in blood donated by COVID-19 survivors, said the scientists.

Recent laboratory tests have indicated that the COVID-19 vaccine developed by Pfizer Inc and partner BioNTech SE is likely to be effective against the new variant. BioNTech has said it plans to publish a more detailed analysis of the likely effect of its vaccine on the new variant within a few days.