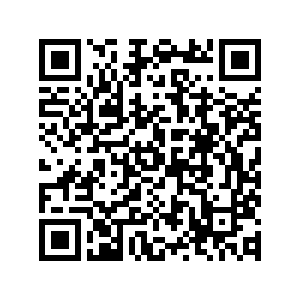 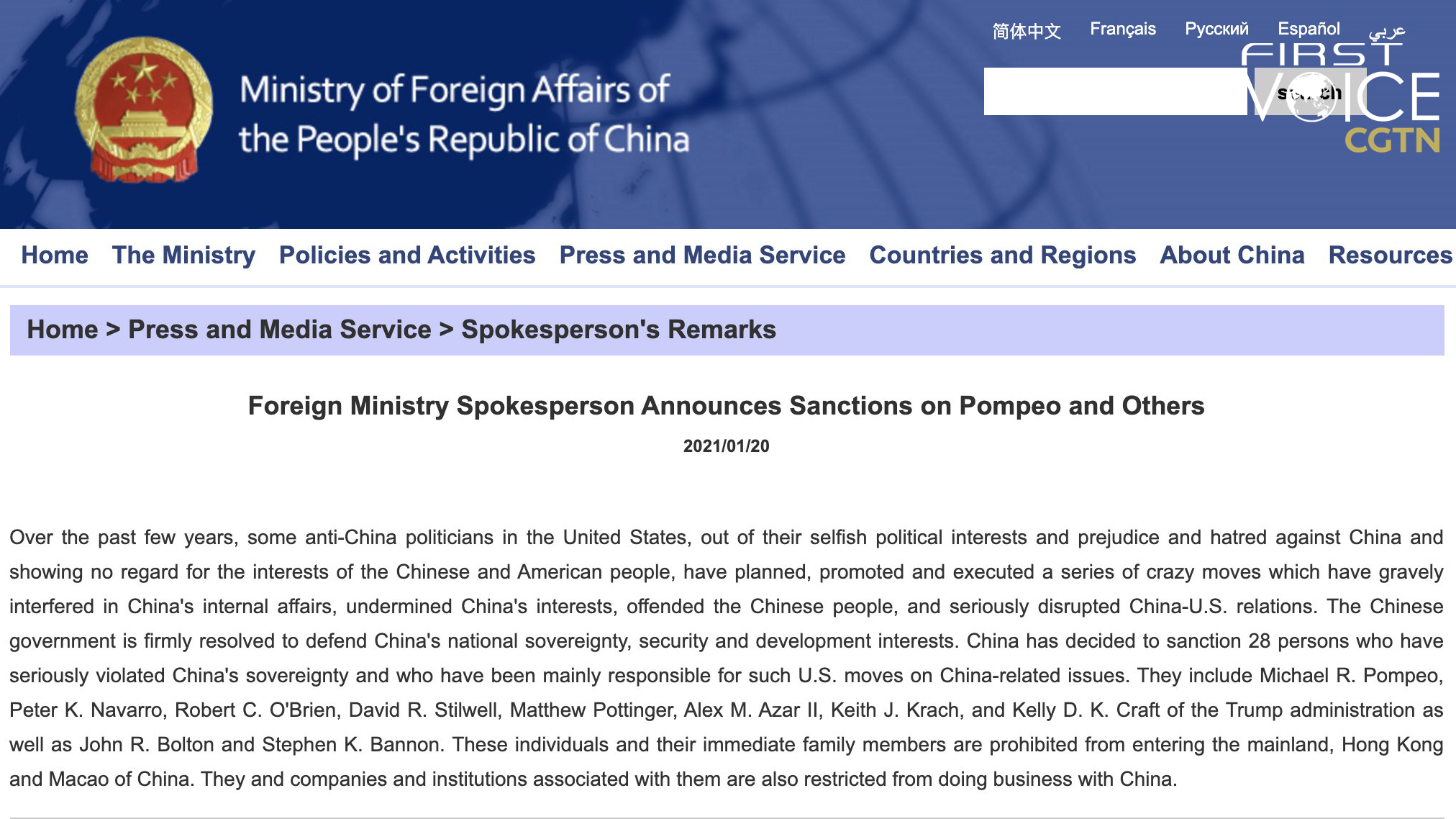 On January 20, China sent a message to every politician in the world: Don't use China for political gains, personal or otherwise, and expect impunity.

Just as the transfer of power was underway in America, China's Ministry of Foreign Affairs announced sanctions against then U.S. Secretary of State Mike Pompeo and 27 other Americans, including senior Trump officials, for their actions that have "gravely interfered in China's internal affairs, undermined China's interests, offended the Chinese people, and seriously disrupted China-U.S. relations." According to the Ministry's statement, they and their immediate family members are prohibited from entering the Chinese mainland, Hong Kong and Macao, and any companies and institutions associated with them are restricted from conducting business with China.

The world was surprised. And it should be. Out of diplomatic etiquette and respect for other countries, China usually refrains from punishing foreign government officials at the eve of government turnover. It'd be even more delicate when it comes to the United States, given that the China-U.S. relationship defines the parameter of 21st-century international relationships.

But the sanctioned individuals have, time and time again, spread lies, conspiracies, and accusations that, as the Ministry's statement stated clearly, disrupted China-U.S. relations. Before leaving office, Pompeo sent out a series of tweets that trash China, culminating with allegations that the Chinese government has committed genocide in the Xinjiang Uygur Autonomous Region. He infamously stated throwing out the rule book on Taiwan and bragged that he "made some history." His actions have undermined the very foundation upon which China and the United States built their relationship more than four decades ago.

It is an open secret in Washington that Pompeo is having his eye fixed on higher elected offices, possibly the White House. He has been advertising his own Twitter account by incriminating China for various "crimes" during the last days of his tenure at the State Department. He has been one of the flamethrowers, enablers, and beneficiaries of the anti-China stance as it gives him a voice in Washington's political circle. And for him, keeping his name relevant is the priority, U.S., China, and the world's interests are only secondary. Secretary Pompeo gave a tour of the White House to his family, December 11, 2020. /Getty

Secretary Pompeo gave a tour of the White House to his family, December 11, 2020. /Getty

John Bolton, the former National Security Advisor to Donald Trump and a target of the sanction, was thrilled and tweeted that he "accepted this prestigious recognition." Well, for a person whose vocation was described by Washington Post Columnist Dana Milbank as "he makes war" and equates freedom with the American way of life, his allegiance to ideological purity trumps all.

People like these have no real interest in the public's welfare. They impose their own personal bias in running a countries' diplomacy while protecting and expanding their own political fortunes. If they have no respect for the fundamentals in international relationships, no regard for both countries' interests, and no remorse in their roguish tactics, then why should China treat them with dignity and respect it usually extends to other foreign dignitaries?

In the notorious "revolving door," U.S. politicians, after leaving offices, often receive lucrative offers to fill up their personal coffers. And despite reports about Trump staffers and officials have a hard time finding the next job given their association with the one-term president, it wouldn't be unimaginative for them to land some kind of opportunity to enrich themselves. Given the current extreme political climate in the U.S., even businesses have a political stance.

The sanctions specifically target these individuals' family members and any business that have a relationship with them. Want to make a name by bashing China and harming China's interest and then, in turn, extract financial benefit from it? Maybe the sanction can't stop every business from working with these officials, but good luck with sitting on a major multinational conglomerate's board of directors.

Of course, some of them are simply too political to care about their financial interest. But they should really ask themselves: Would antagonizing the second largest economy of the world and having it slapping sanctions on you really gain you any votes? At least the occupants of the 245,000 U.S. jobs lost in the trade war with China and the 80 million voters who rejected your policies in the last election wouldn't be voting for you.