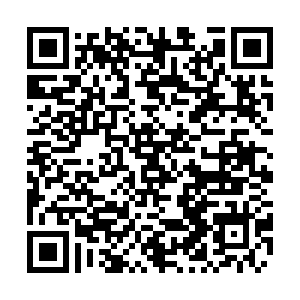 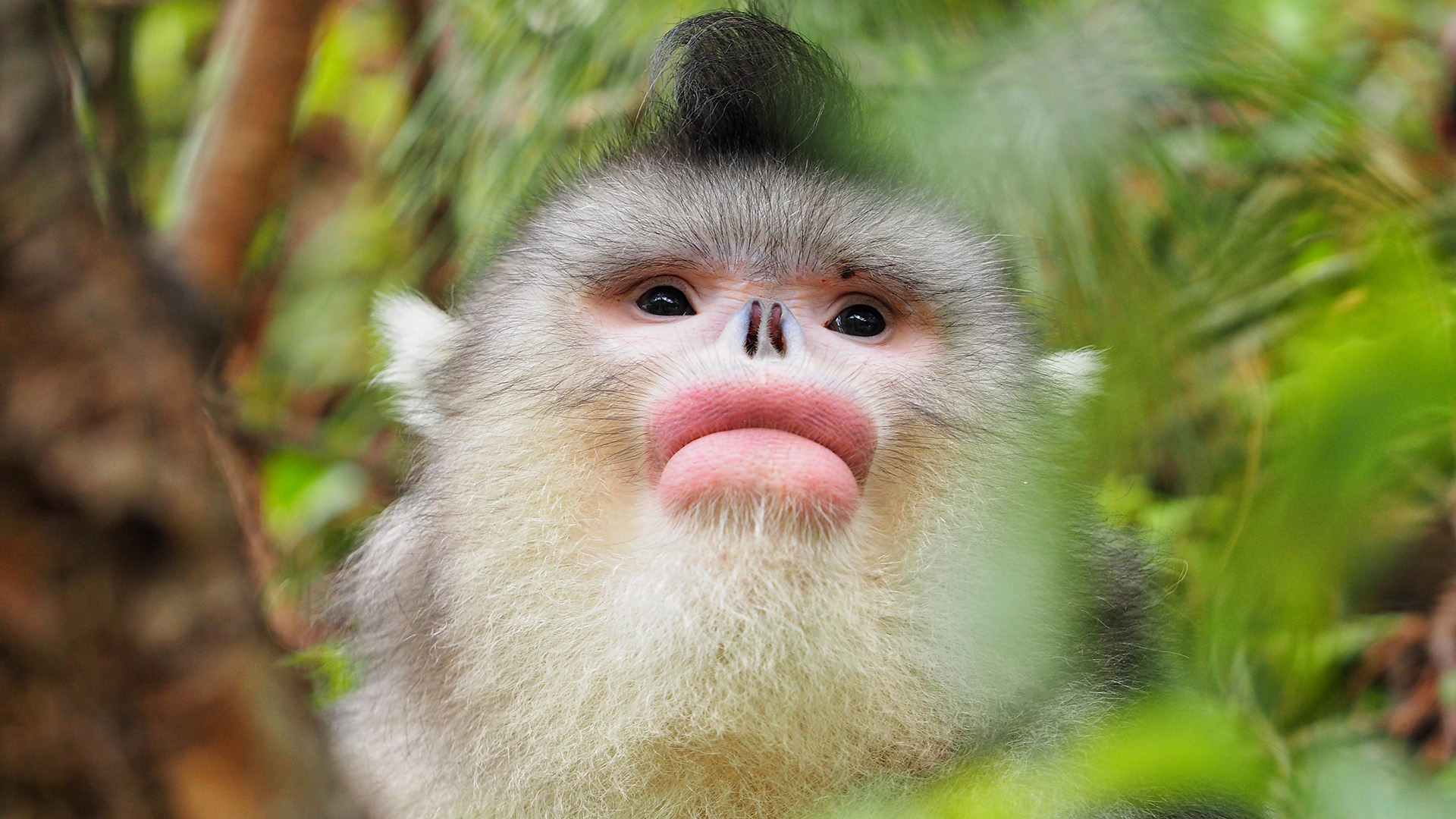 The Yunnan snub-nosed monkey is one of the most beloved animals in all of China. Yet few people will ever lay their eyes on one. That’s because these enigmatic creatures tend to live in remote areas – and only in one part of the world. What's more, their numbers have been declining for decades due to hunting and habitat loss.

However, environmental conservationists and local volunteers in Yunnan Province are working hard to care for the animals, in hopes of bringing their numbers back up. Here are some interesting facts about Yunnan snub-nosed monkeys:

They are a first-class state-protected species.

There are many endangered species in China, but few are as well-known as the Yunnan snub-nosed monkey. In 2005, the estimated population of these monkeys was fewer than 2,000, living in an area centered on the mountains in the northwestern part of Yunnan Province. Now, however, due to the remarkable success of conservation efforts, their numbers grew to 3,000 by 2018. 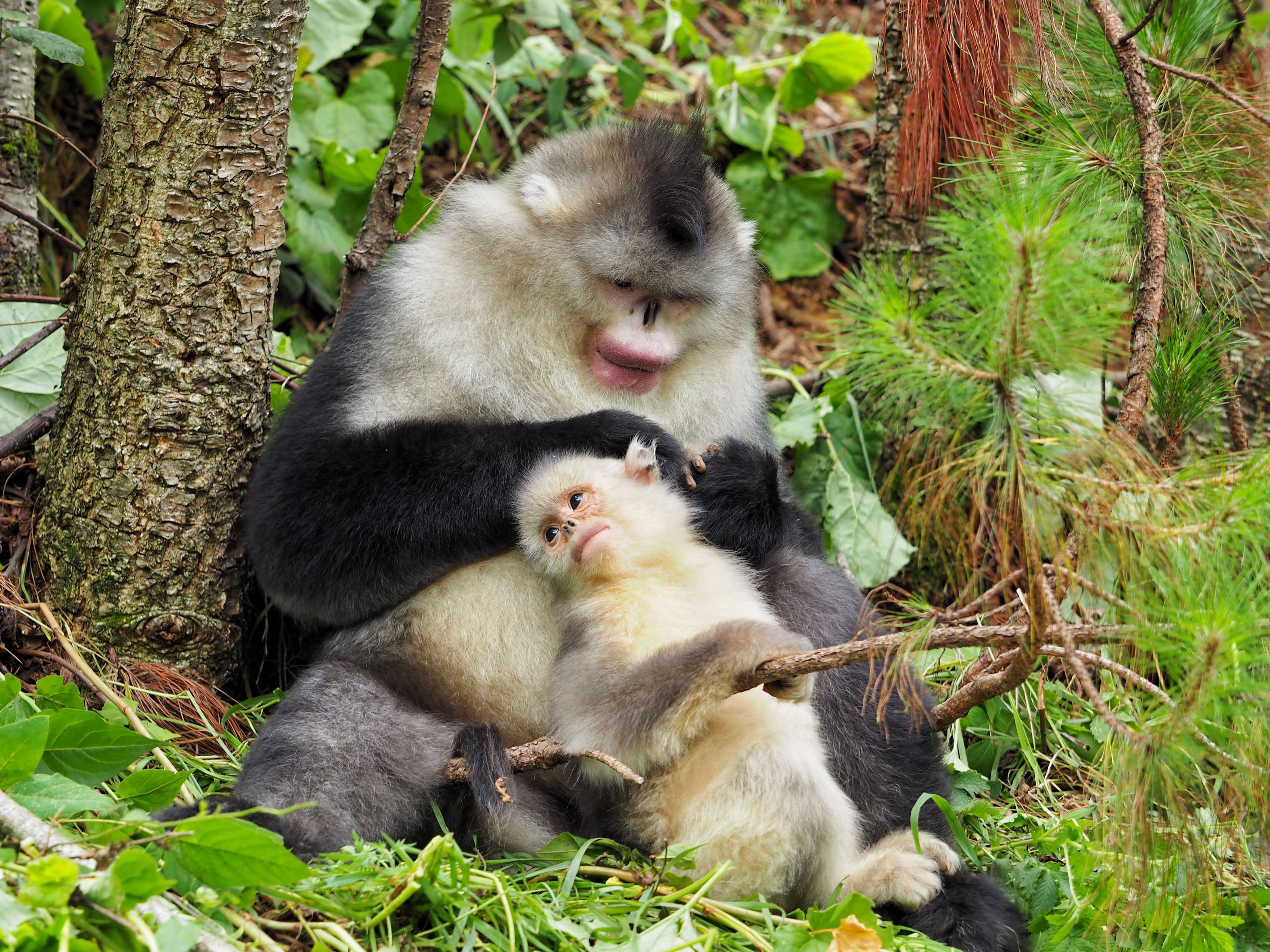 They live at high altitudes.

With a natural habitat at over 3,000 meters above sea level, Yunnan snub-nosed monkeys embrace a climate in which the ground is frozen for much of the year and where temperatures are consistently below freezing during the winter months. These monkeys are able to survive at such altitudes due to a mutation in their DNA that makes them more resistant to oxygen deprivation. 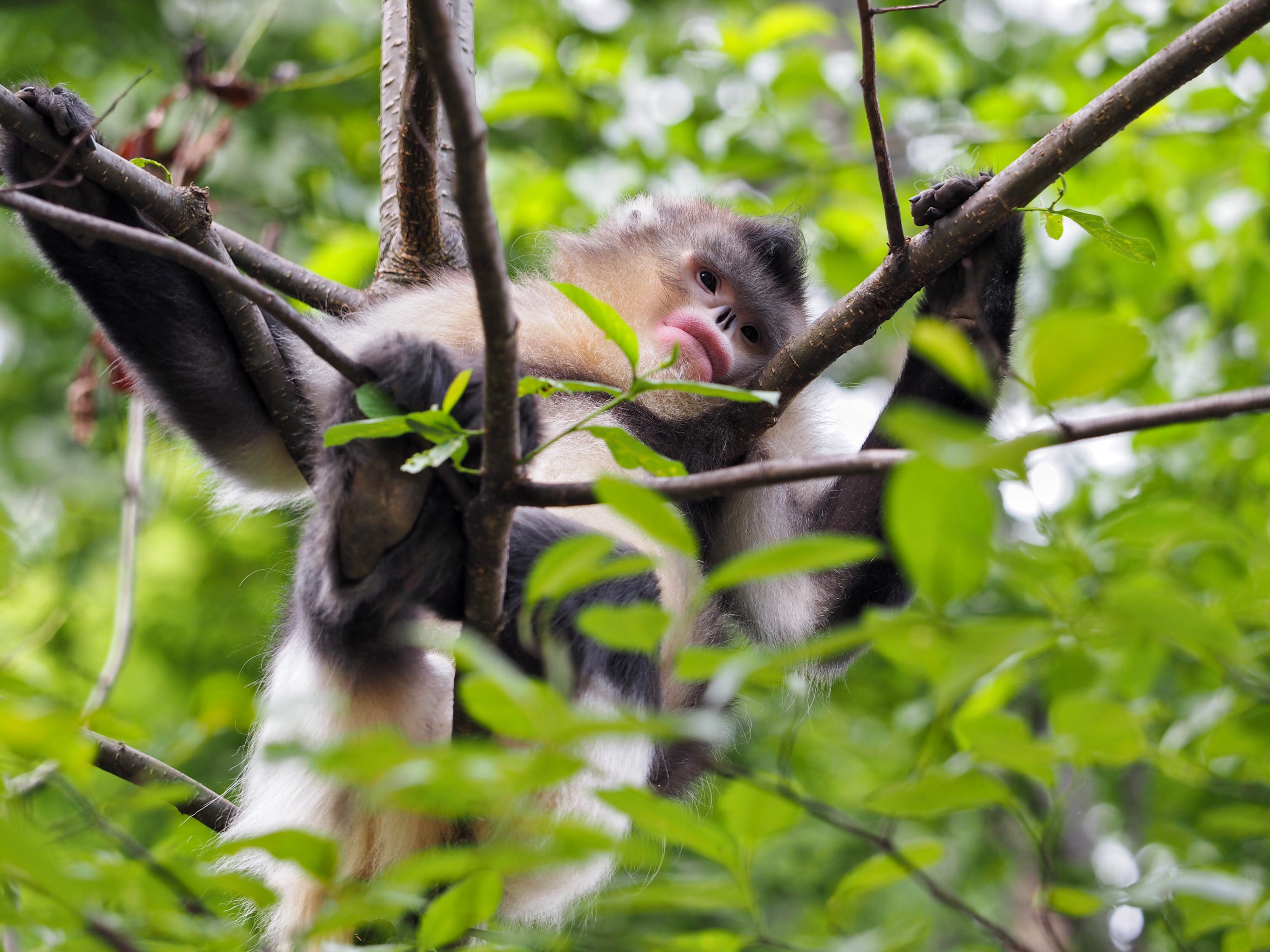 They live in large family groups.

Yunnan snub-nosed monkeys stay in large family groups, in which their social relations are highly complex. They are polygamous, with the females collectively taking care of the infants. When male monkeys reach maturity, they are expelled from the family. The monkeys use the majority of their time either feeding or resting, spending about 11 hours every day asleep. 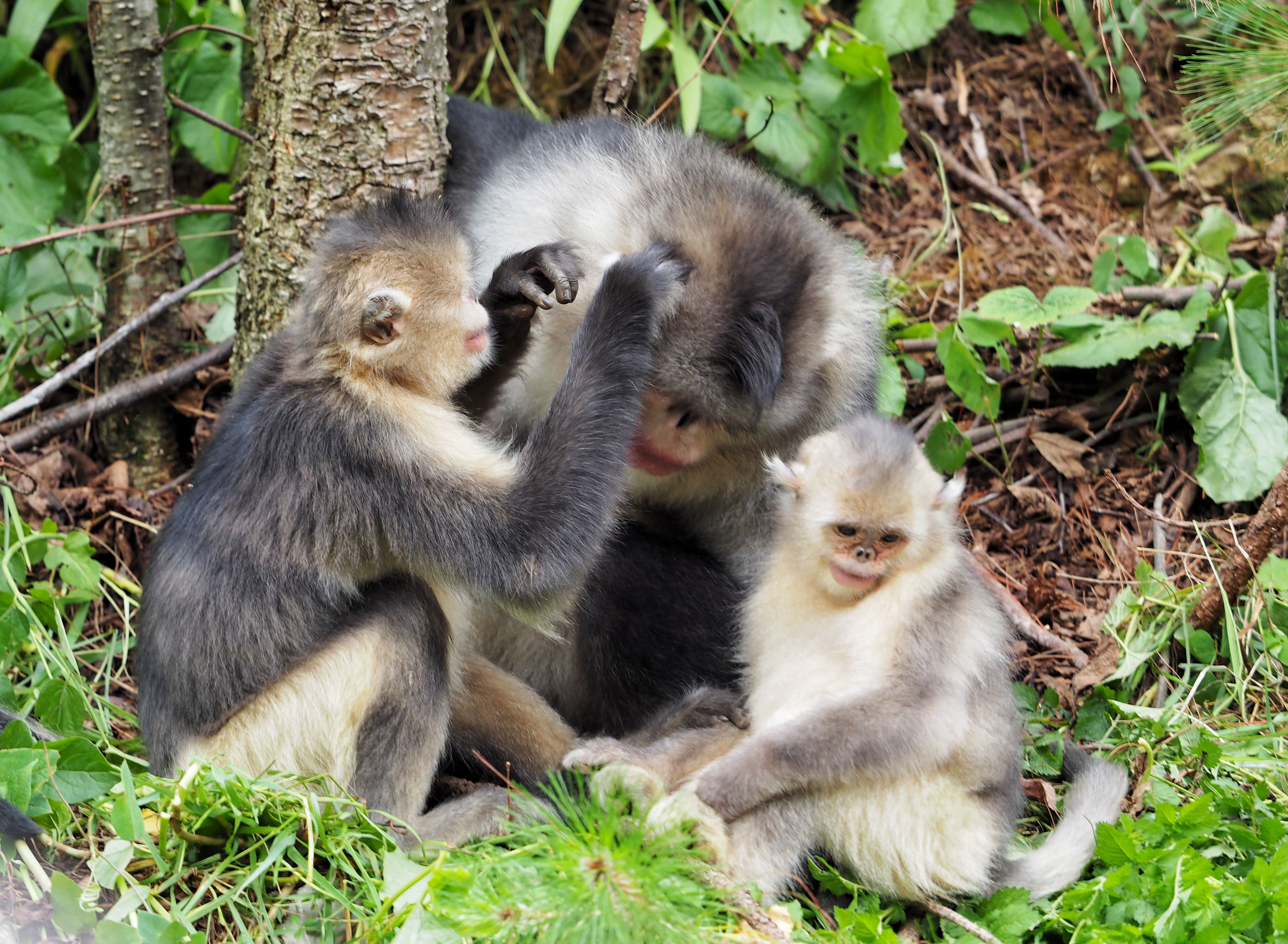 Climate change, poaching, and habitat fragmentation have contributed to their decline.

Just like the giant panda, Yunnan snub-nosed monkeys are considered as a Chinese national treasure. However, their habitat was once devastated by commercial logging and deforestation in Yunnan. They are also at risk of being caught in snares set for other animals or poisoned by pesticides. Now, though, conservation efforts that began in the early 2000s are showing promise of reversing their population decline.

Many rely on local humans for survival.

Many Yunnan snub-nosed monkey families develop a friendly bond with the humans caring for them. These monkeys rely predominantly on lichen found on fir and other alpine trees for sustenance, but habitat loss has deprived many of them from a reliable food source. Rangers are often the ones who find them food. 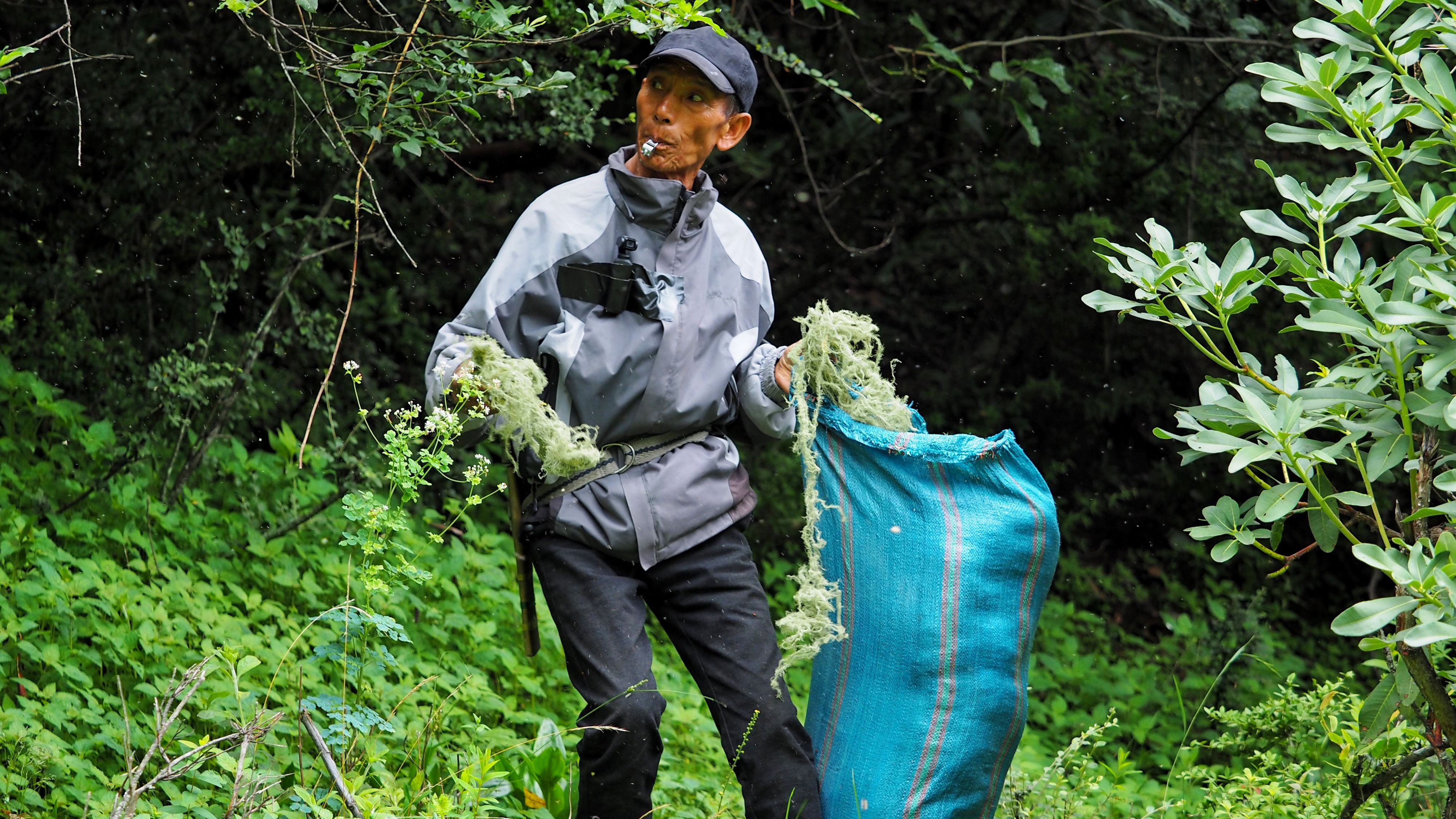