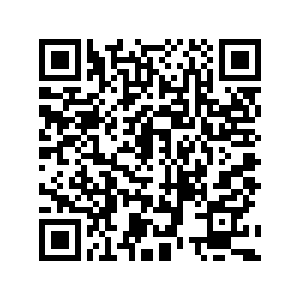 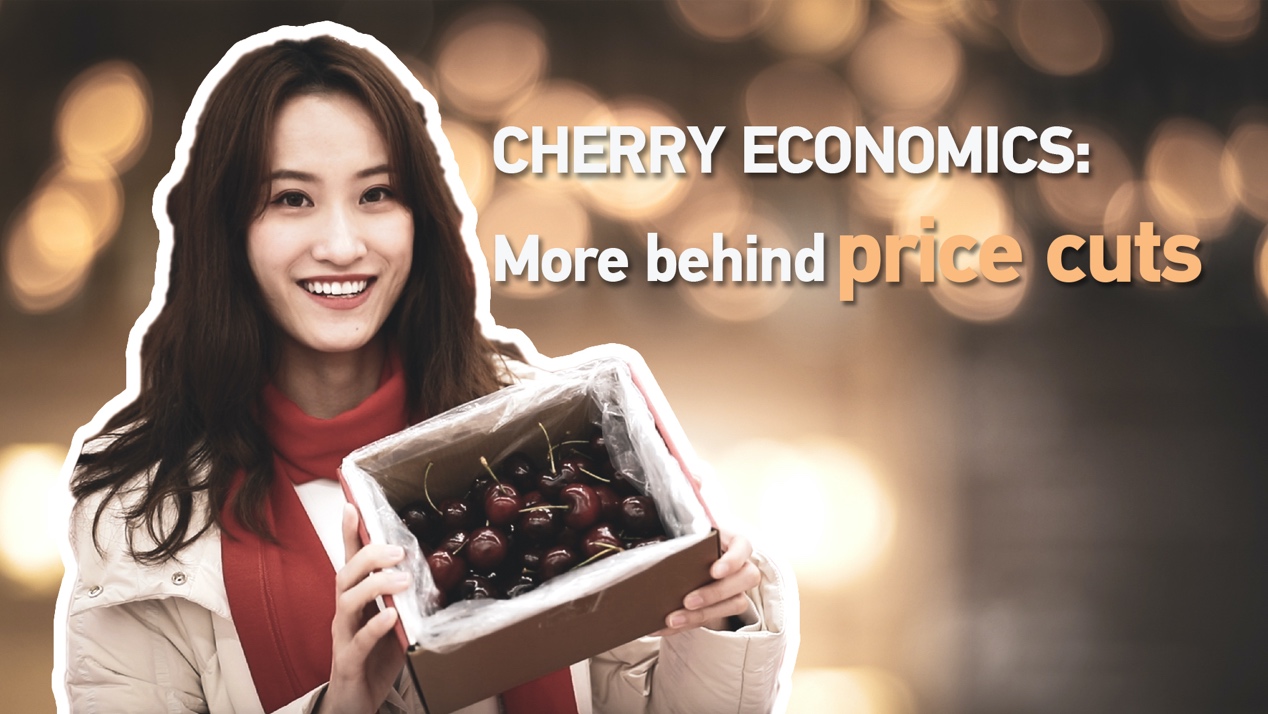 Piles of Chilean cherries fill the streets of eastern China's largest wholesale market for imported fruits. During peak season, up to 100 containers of cherries are traded here in a single day.

"Beautiful!" exclaimed wholesalers and retailers who could hardly hide their glee as they unpacked and checked the red delights. 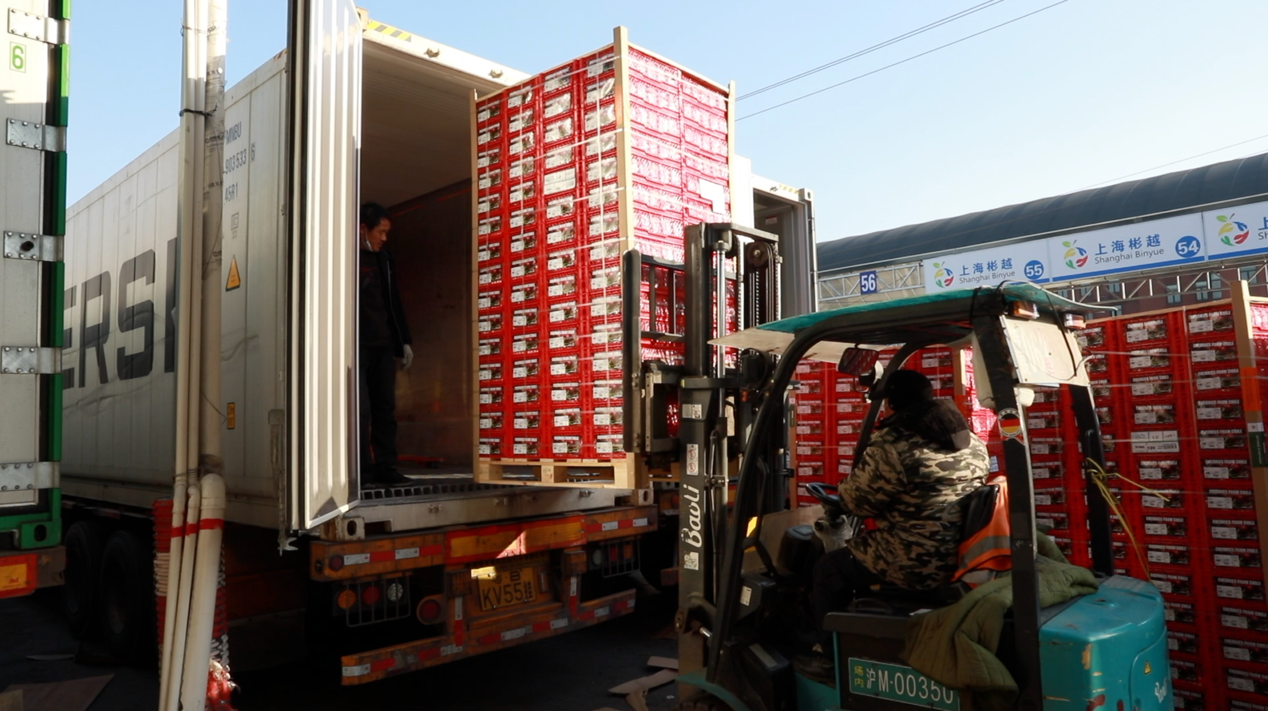 Workers unload cherries from a container at Huizhan wholesale market. During peak season, up to 100 containers of cherries can be traded in one single day. /CGTN

Workers unload cherries from a container at Huizhan wholesale market. During peak season, up to 100 containers of cherries can be traded in one single day. /CGTN

Earlier this January, imported Chilean cherries in China saw a sudden price drop by as much as 25 percent on average. Cherries that are usually sold at prices up to 150 yuan ($22) per kilogram cost less than 100 yuan ($14) now. But there's more behind the price cuts than meets the eye.

Chinese consumers love cherries for their color, which is red and signifies good fortune. They are also well liked for their flavor – juicy, sweet and pulpy.

To compare their prices with the same period last year, we also need to look at their sizes. Here's a specific term to grade cherry size – "Jumbo." The more Js labeled, the larger they are and therefore, higher priced. 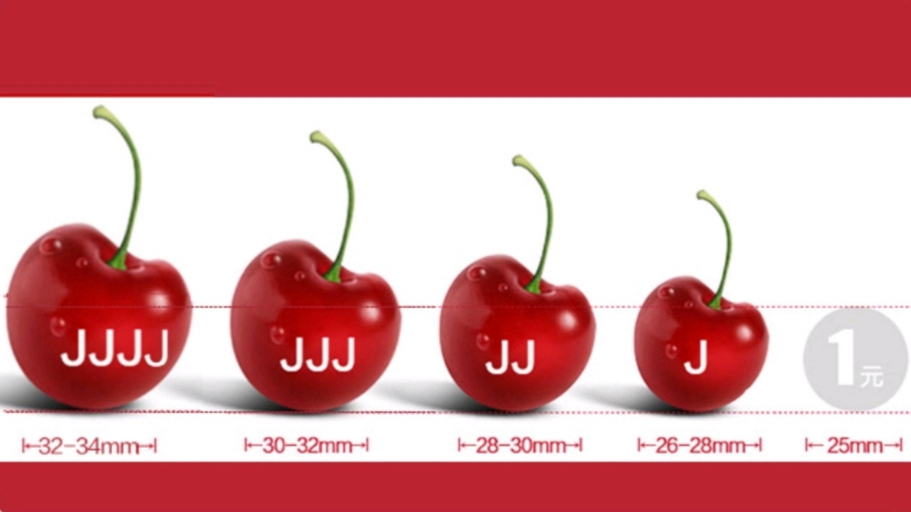 Cherries are sorted by "Jumbo" in size. The more Js are labeled, the larger and sweeter they are and higher priced. /Freshhema.com

Cherries are sorted by "Jumbo" in size. The more Js are labeled, the larger and sweeter they are and higher priced. /Freshhema.com

Chile is well placed to export cherries to China.

From December all the way through Chinese New Year is the time that Chilean cherries are harvested and packed for shipping.

This season, Chile has produced 320,000 tonnes of cherries, 90 percent of which have been exported to China, and one out of every ten cherries comes from the farms of one Chilean businessman, Hernan Garces Gazmuri. His family owns 28 cherry farms in Chile. 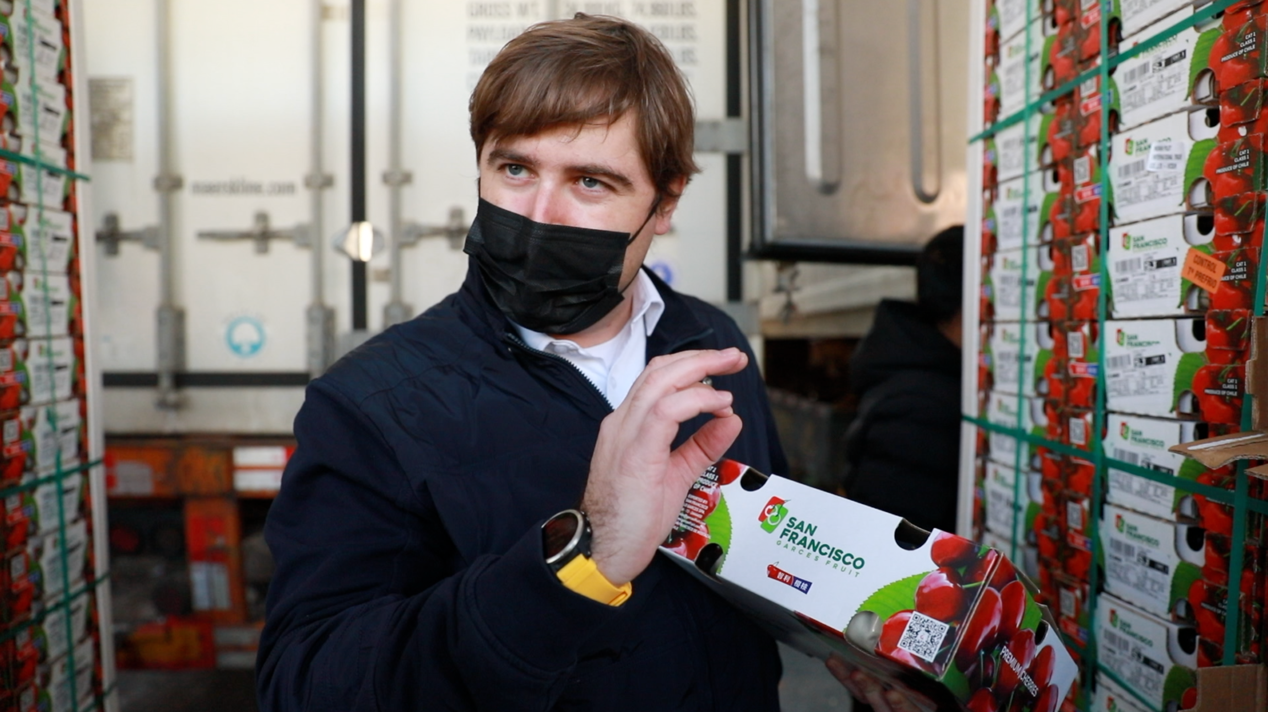 "If you want to start a Cherry farm in Chile, it takes you four to five years to get a full production. Before that, you need to find the location, an area which can protect cherries from rain," said Hernan Garces Gazmuri, CEO of Garces Fruit Shanghai Branch.

"So there are many specifications, even the soil must be really special, with certain organic matters that allow the cherry roots to grow in the right way," he added.

To cherry industry insiders, the price cuts were expected and part of it is due to industry growth.

"The cherry imported to China has been growing every year and compared to last year, the import volume has increased over 40 percent," said George Liu, CEO of Frutacloud, a company that aims to bring imported fruits from around the world to China.

Another reason for the price drop is cheaper transportation. Cherries picked on the same day take 23 days to reach China by sea, and 30 hours by air. But shipping by air costs 12 times more than by boat.

"I would say, there's only about 10 percent of the product that's coming by air," George said.

"The vessels normally started to arrive in China from mid-December. So the consumers can feel a big difference in price due to different ways of transportation," said Kurt Huang, deputy secretary-general of Fruit Branch of China Chamber of Commerce for Import & Export of Foodstuffs.

But these bargains don't last long. "We're still in the middle of the season, the cherry price is different day by day," said Kurt.

Hernan said the cheap price can only last 15 to 20 days. "The closer we get to the Chinese New Year, the larger demand becomes. And that time, we have less offer and the price will start going up again," he said. 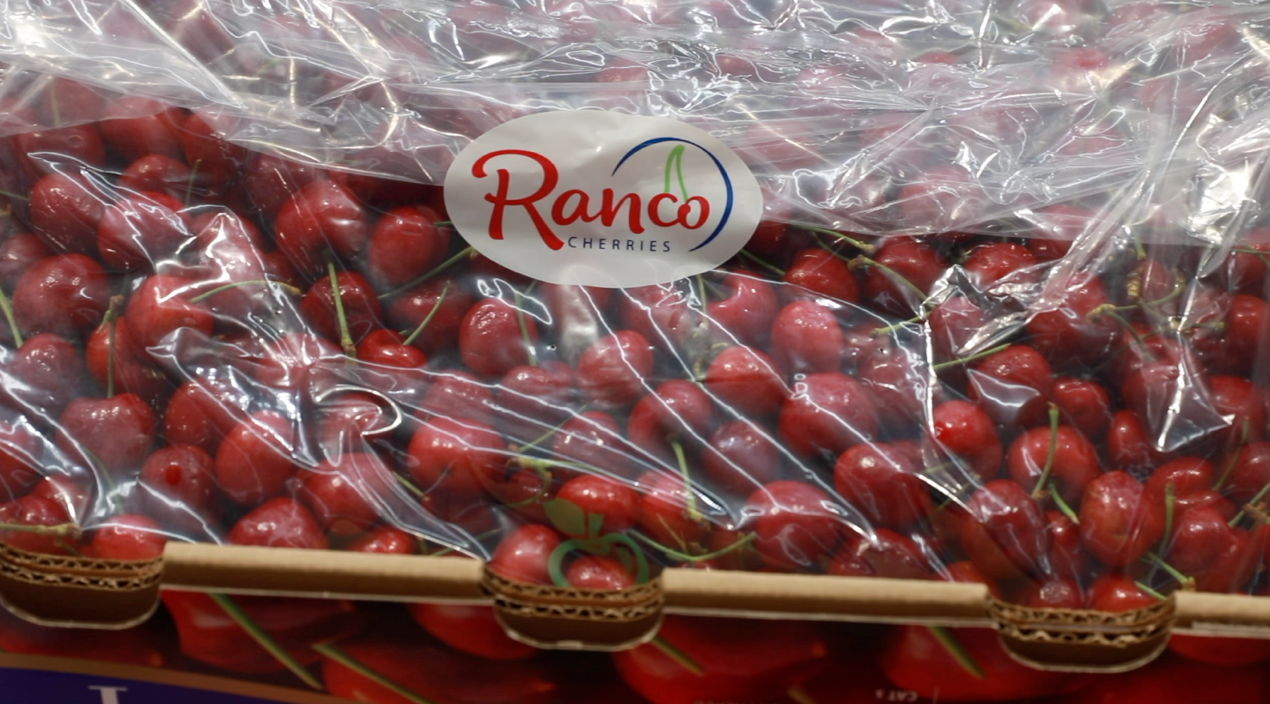 From December all the way through Chinese New Year is the season for Chilean cherries to get harvested and packed for shipping. /CGTN

From December all the way through Chinese New Year is the season for Chilean cherries to get harvested and packed for shipping. /CGTN

Even amid the pandemic, many people are confident about the Chinese cherry market.

As for consumers' main concern over food safety amid the COVID-19 pandemic, health experts say imported fruits have a lower probability of the virus hitching a ride on them than cold chain foods. But thorough cleaning is always suggested.