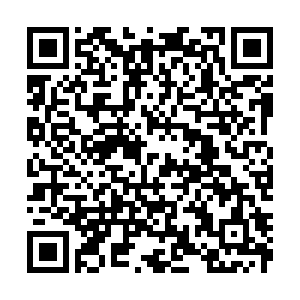 Editor's note: As "green development" is an important aspect of China's 14th Five-Year Plan development blueprint, the country has stepped up its environmental protection efforts. The Sanjiangyuan area in northwest China's Qinghai Province holds a unique role as a "water tower" with rich biodiversity. As the area has been turned into a national park, which shows China's determination in this regard, CGTN reporter Yang Jinghao traveled there to record the changes seen and the efforts behind them.

It's freezing cold, and the accompanying gales mean that you can suffer from even a short winter trip outside. Gayer Tudam Damba and his team, however, are on the job maintaining equipment at a wildlife protection base on northwest China's Qinghai-Tibet Plateau and preparing for the return of bar-headed geese, one of the world's highest-flying birds, in spring.

"Before this camp was established, we had to live in tents," Tudam told CGTN of the initiative that started in 2012. "The birds usually come here around April 20 for breeding, and we look after them until they move on in their migration." Prior to the setting up of the base, the eggs of the birds were often stolen for food. 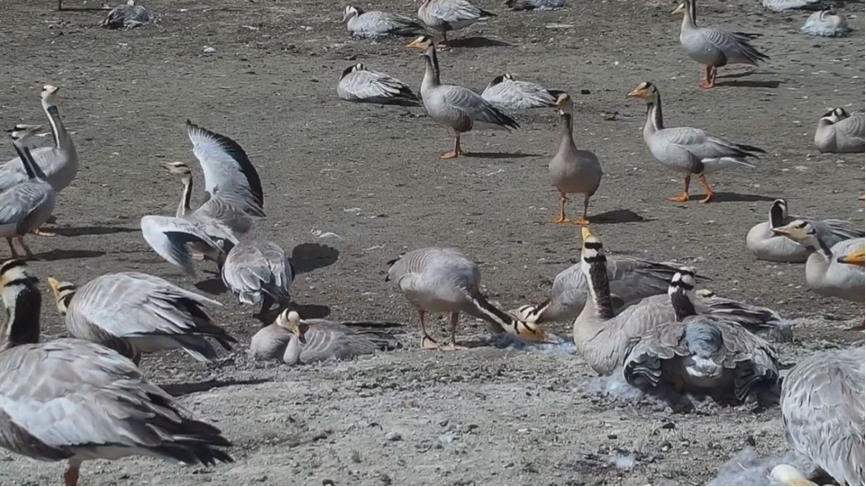 Some of the bar-headed geese Tudam Damba and his team have been protecting. /CGTN

Some of the bar-headed geese Tudam Damba and his team have been protecting. /CGTN

The region where Tudam grew up is just at the source of China's longest river – the Yangtze, and is some 4,700 meters above sea level teeming with awe-inspiring landscapes. After first working on the railroad, the 40-year-old Tibetan became an environmentalist when the Yangtze River Headwaters Ecological Conservation Station was established here, a major project of Green River, a Sichuan-based NGO dedicated to environmental protection.

"With the advent of the railroads, the region has seen more visitors than ever before, and they leave a lot of garbage behind. I had intended to protect the environment here, but it was a big challenge for me as an individual. This organization provided me with a great platform to do something I'm interested in," said Tudam.

Disposal of the mounting garbage at the river source is their top priority. In the past few years, they've set up several rest stops called "green posts" along the Qinghai-Tibet Highway to curb littering. The program encourages passing drivers and tourists to take trash collected by volunteers to the nearby city of Golmud for recycling. They've also engaged local herdsmen in the campaign by conducting various activities. 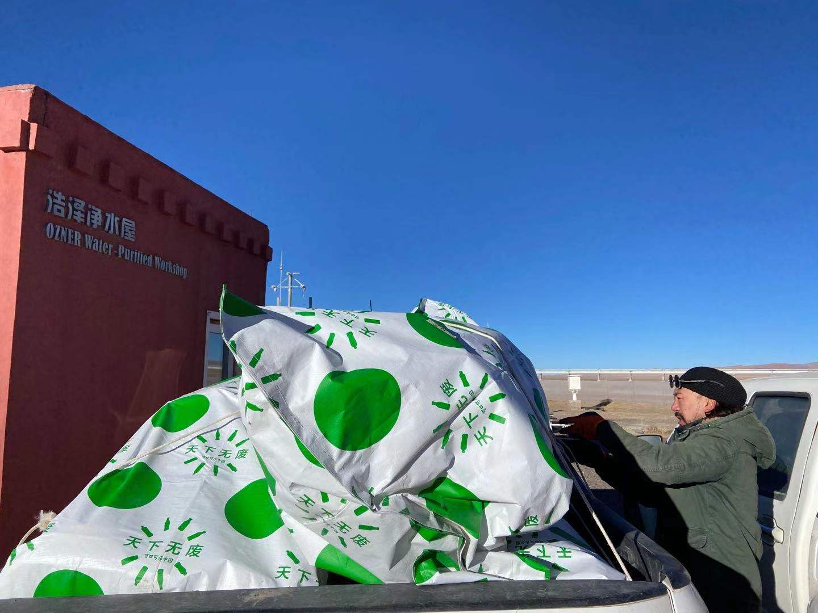 Tudam is happy to see their efforts paying off, in terms of both garbage cleanup and wildlife protection.

"The environment is getting better. Wild animals are not that afraid of people now, and the lakes are clear of garbage again. I feel somewhat fulfilled as I have contributed to this cause, more or less," he said.

As the influence of the organization grows, an increasing number of volunteers from all walks of life have joined its programs. Han Mei, 70, is a dedicated participant. The retired doctor has participated in almost all of the programs over the past decade, providing medical services, cleaning trash and investigating the glaciers at the river source, among other things.

"Our lives are worthwhile only when we are needed. I don't want to waste my time on meaningless pastimes like playing mahjong," said Han. "Volunteers are just like sparks of fire. China's environmental protection mission can succeed if more people lend a hand."

Undoubtedly, the efforts by non-governmental organizations (NGOs) focused on the environment like Green River have played an indispensable role in conserving Sanjiangyuan's ecology as the country pushes forward its green agenda vigorously.

Sanjiangyuan means "source of the three rivers." It's where China's Yangtze, Yellow and Lancang rivers originate. From the late 1990s, the central government has spent more than $3 billion in improving the ecological environment of the region, which is known for its rare and rich biodiversity. 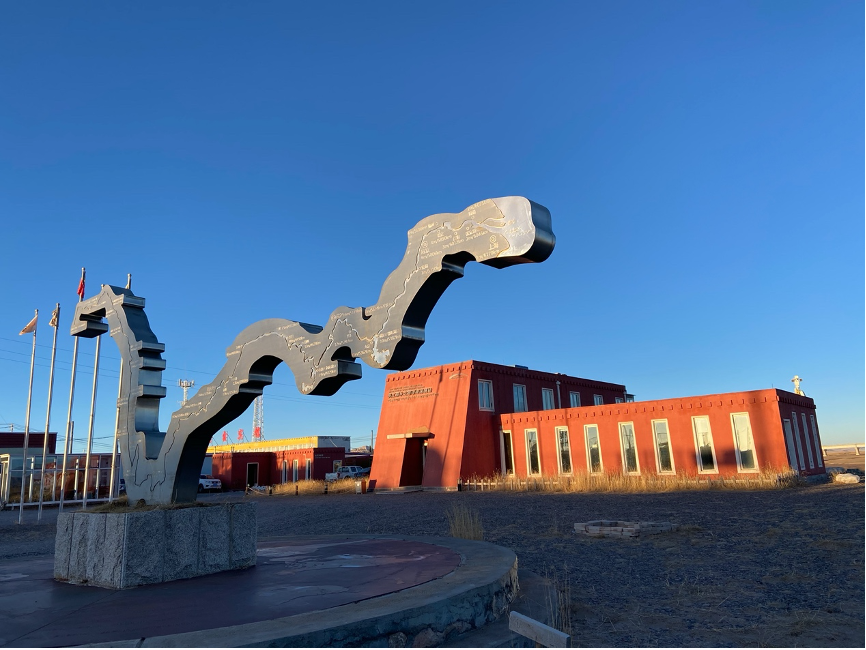 The Yangtze River Headwaters Ecological Conservation Station sits beside the Tuotuo River on the Qinghai-Tibet Plateau, the source of the Yangtze River. Luo Caiwen/CGTN

The Yangtze River Headwaters Ecological Conservation Station sits beside the Tuotuo River on the Qinghai-Tibet Plateau, the source of the Yangtze River. Luo Caiwen/CGTN

"It's impossible to solve all problems only by government. The initiators of the NGOs know the areas they want to conserve very well before they start out and they can be an important force for the cause," said Yang Xin, founder of the Green River.

In 1996, Yang launched China's very first civilian protection station in Hoh Xil, a large no-man zone on the plateau. The station was named after Sonam Dargye, a local Tibetan who sacrificed his life while protecting Tibetan antelopes from poachers.

Today, besides Green River, more and more NGOs including the Shan Shui Conservation Center and the Plateau Nature Conservancy, are also making their contribution to guarding the land with different programs.

Tudam said that in looking ahead to a new decade, the progress achieved is just a baby step. He hopes what they're doing won't just impact nature, but inspire environmental awareness among others as well.