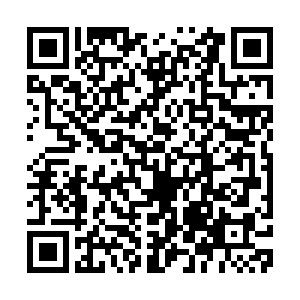 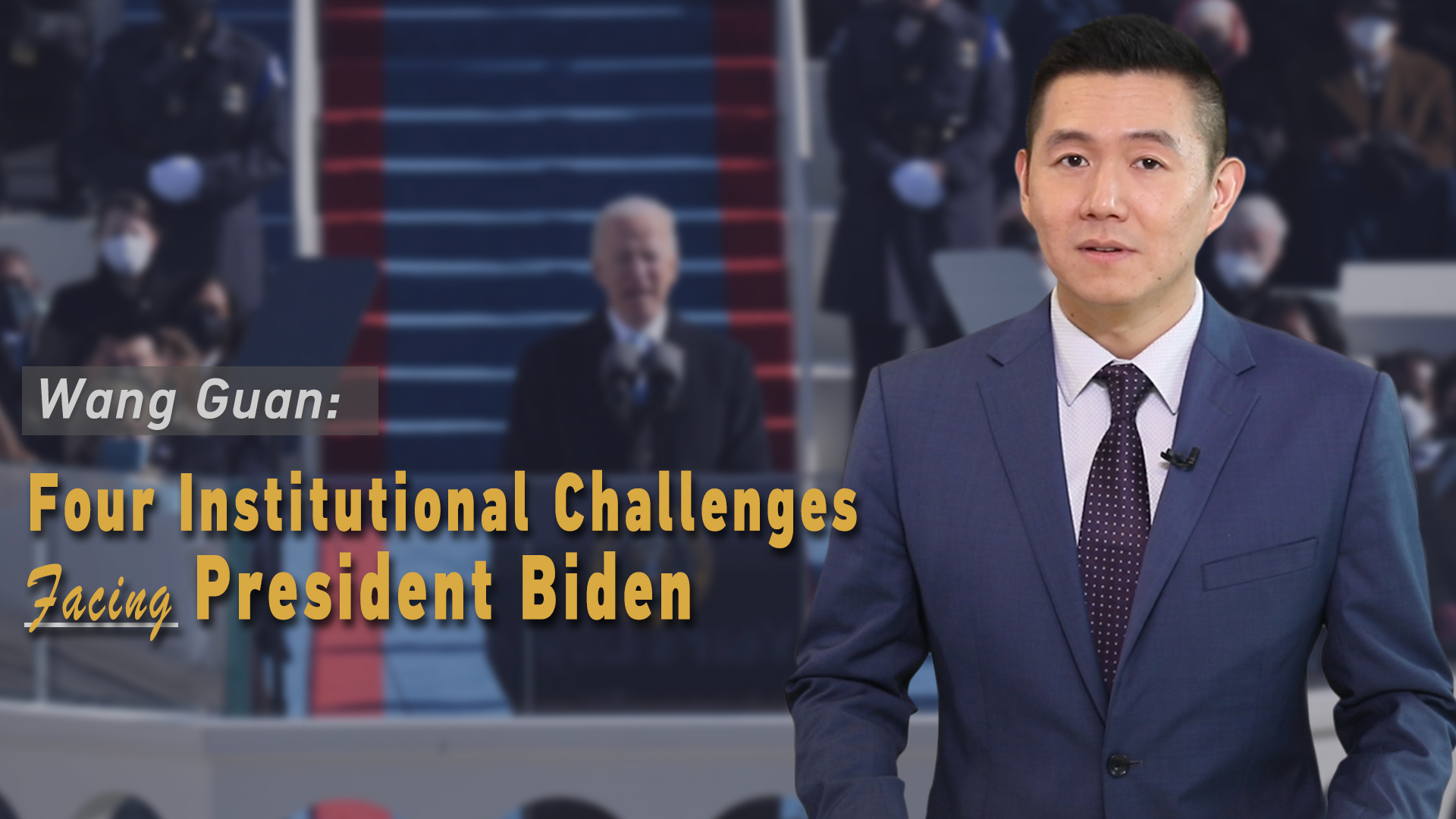 Editor's note: Biden's inaugural speech calling for "unity" has just ended. And within two days of taking office, he set a record and issued 17 administrative orders in a row, making full use of his newly-gained power to quench chaos in the United States. CGTN Anchor Wang Guan believes the message of unity from Joe Biden's inaugural speech was beautiful. Yet, in reality, there are systemic odds against Biden, including potential Senate GOP filibuster, widening division, and the electoral college system. Let's see what he says in detail.

As a student of politics and former Washington correspondent of eight years, I must say Joe Biden's inaugural speech was impressive. Biden is a politician for sure, hitting all the right notes and tailoring the message to appeal to his base. But this is also a man who has experienced more than his fair share of adversity in life. And when he talked about overcoming differences and meeting each other half-way, it struck a chord with many.

But as part of the Washington establishment, Biden knows better than most that there are systemic, institutional obstacles.

The GOP filibuster is one of them. Biden can repeal Trump's executive orders and issue a dozen of his own, as he's doing. But for his more ambitious policy proposals on the economy, healthcare, and environment, he will need support from Republicans.

Senate Republicans can delay voting on a bill by taking it up to the Senate floor and talking about any issue for as long as they want. That is known as a filibuster. Democrats don't have the 60 votes needed to end a filibuster. For example, during the Obama-Biden era，the DREAM Act on undocumented immigrants and American Clean Energy and Security Act on climate couldn't become laws due to Republican opposition. Data shows over the past 10 years, there has been a dramatic increase in the use of filibusters by an opposition party. Biden also promised to address structural issues like racism, but to make constitutional amendments on, say, the electoral college system or the Voting Rights Act, it would require a two-thirds majority in Congress, which again the Democrats don't have.

Another challenge is the electoral college system, which many believe currently favors Republicans in presidential races and Senate representation. This is interesting. In the last six presidential elections, George Bush was the last Republican candidate to win the popular vote. Despite that, Republicans won three of those six races. That's partly because coastal, largely populated “blue states” have the same number of Senate seats of two as those rural, less populated “red states”. For example, California, which has a population of 40 million, has the same number of Senate-seat-apportioned electoral college votes as Wyoming, with its population of just half a million.

And this leads to my next point, America's current division. Biden used the word “unity” or “unite” 11 times and “all” 24 times, saying he will be president for all Americans.

But a week after the Capitol Riot, a Quinnipiac University poll showed that 73% of Republicans still insist there was widespread fraud in Biden's election win. But 93 percent of Democrats say there was no such thing. Also, 81% of Republicans do not believe Trump should be removed from office and banned from running public office again, whereas 87 percent of Democrats think he should.

In the age of social media, people tend to get personalized information via a newsfeed that conforms to their pre-existing biases. This can further divide the Left and Right, black and white, and different factions within each group. And we haven't even talked about other constraining factors, such as the deep state and electoral politics.

That said, I want to wish Joe Biden good luck, not least because a stable and reasonable America is better for the world.