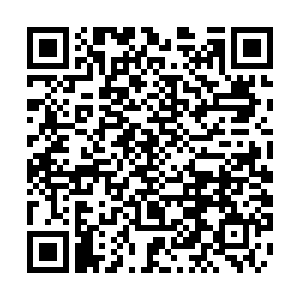 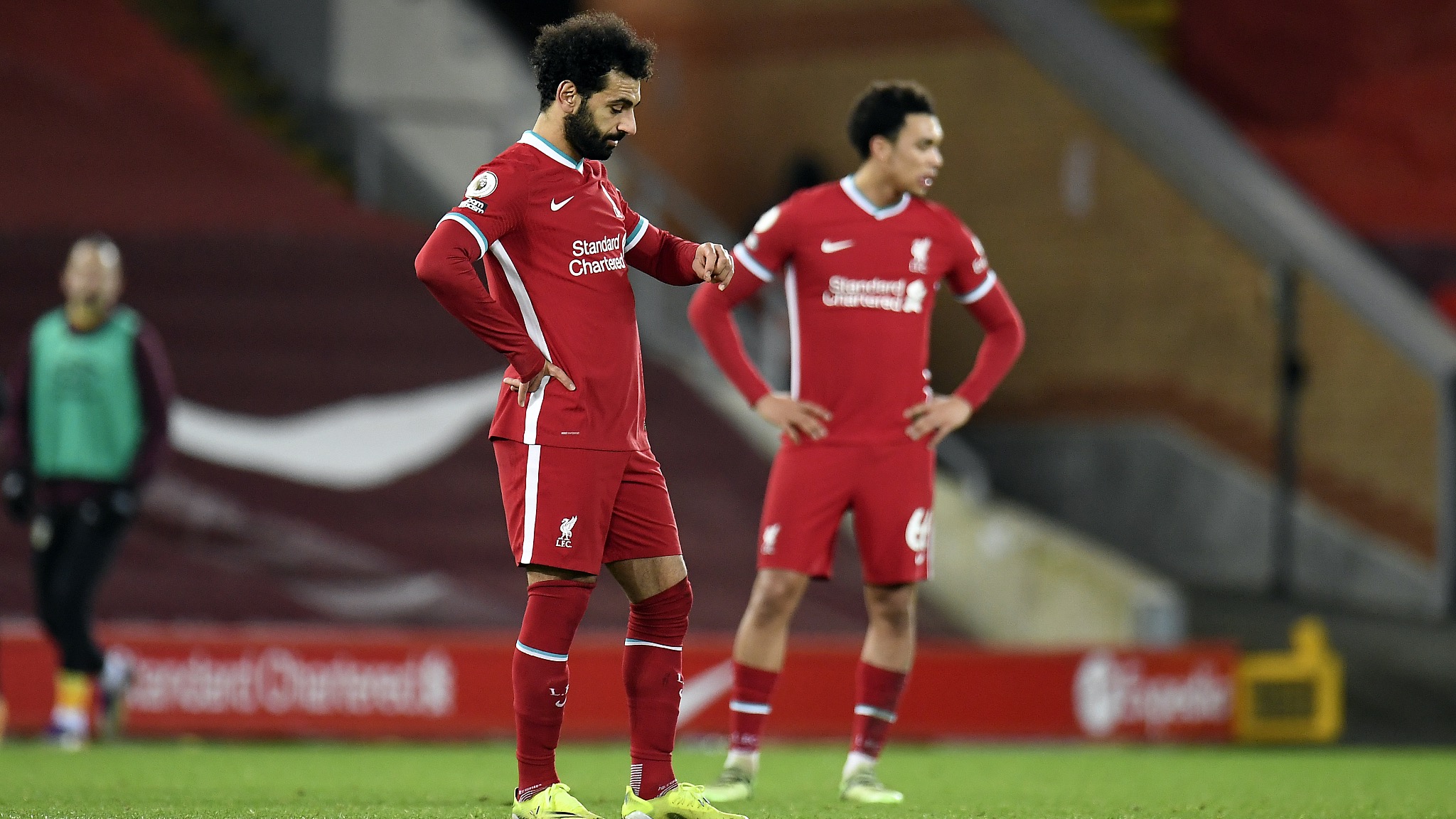 Jurgen Klopp took responsibility for the sudden collapse of Liverpool's Premier League title defense after their 68-game unbeaten run in the Premier League at Anfield came to a stunning end in a 1-0 defeat by Burnley on Thursday.

The Clarets began the game just one place above the relegation zone, but gave their chances of beating the drop a huge boost when Ashley Barnes was tripped by Alisson Becker seven minutes from time and then beat the Brazilian from the penalty spot.

Klopp's men have now failed to win in five consecutive league games to slip to fourth in the table, six points behind leaders Manchester United.

Liverpool had not tasted a league defeat at Anfield since April 2017.

Since then the Reds have ended a 30-year wait to win a league title, but their chances of repeating that feat are fading rapidly after a disastrous run over the past month.

"We lost the game, which I think is pretty impossible to lose, but we did it," said Klopp. "That is my fault because it is my job so that the boys have the right feelings, like they have the right amount of confidence."

The champions have been disrupted by a host of defensive injuries, but it has been scoring goals that has cost Liverpool of late.

Despite having 72 efforts on goal, the Reds have now failed to score in four consecutive league games.

"In the final moment our decision making is not right, that's the problem," added Klopp. "We left the game open and we lost the game. I have to say I can't believe we lost it, but it's the truth and we have to accept that."

Liverpool could find themselves down in seventh by the time they are next in league action.

After a daunting visit to Manchester United in the FA Cup on Sunday, Liverpool face five of the top seven in their next six league games, starting with a trip to Tottenham next Thursday. 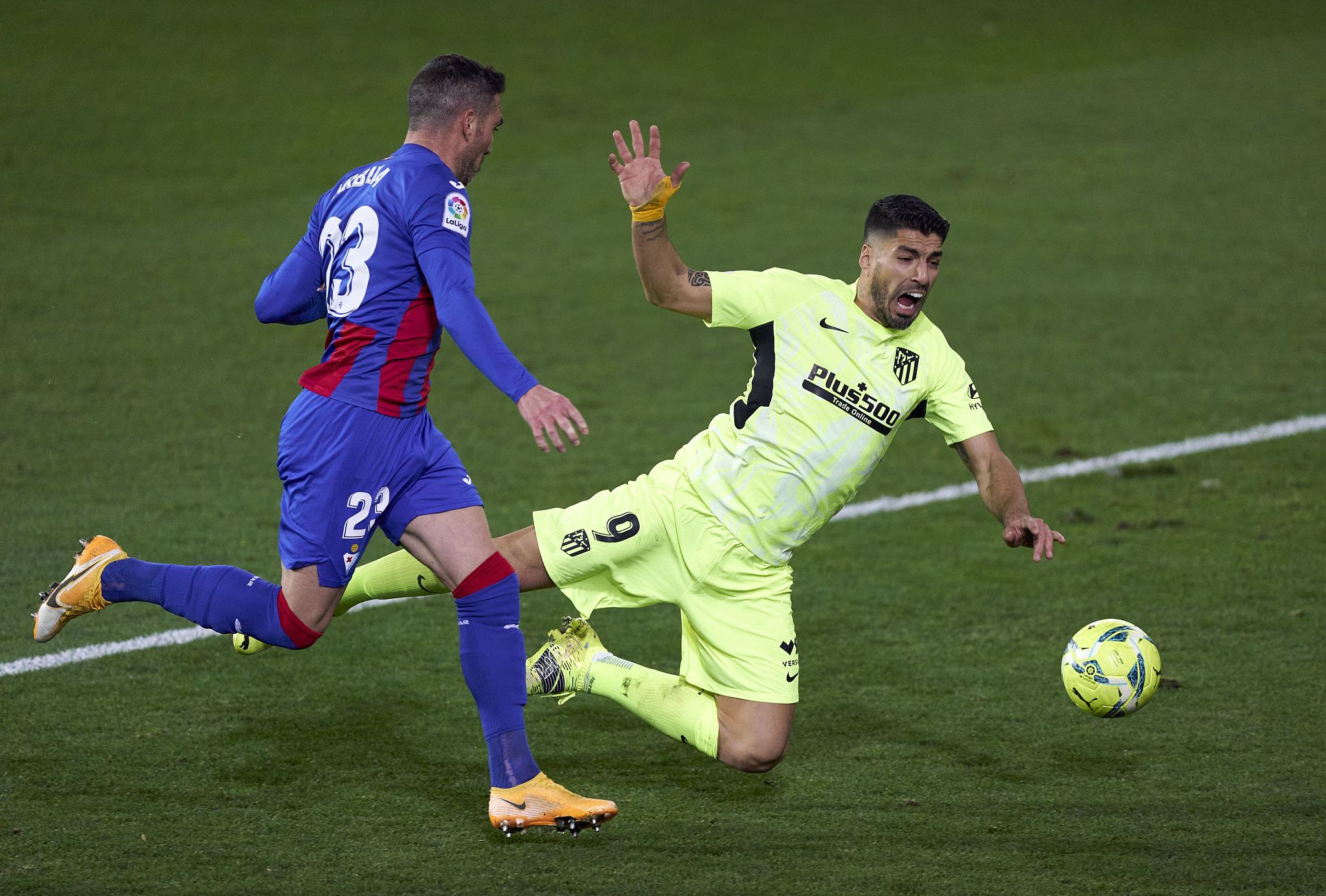 In Spain, Eibar goalkeeper Marko Dmitrovic scored a penalty against Atletico Madrid but a brace from Luis Suarez saw the La Liga leaders come from behind to win 2-1 at Ipurua.

Dmitrovic drove an early spot-kick past fellow goalkeeper Jan Oblak, only for Suarez to inspire the comeback, his second also a penalty which he earned himself and then converted in the 89th minute.

Another late victory for Atletico means they pull seven points clear of second-placed Real Madrid and 10 ahead of third-placed Barcelona, with another game in hand over both still to come.

Suarez moves level with Lionel Messi at the top of La Liga's scoring charts on 11 goals, and the Uruguayan increasingly looks like a player that can lead his side to the title.

He had Marcos Llorente's pressing to thank for his equalizer but the second was almost entirely down to him, the 33-year-old chasing down a long punt downfield before tumbling over following a clumsy swing of the leg by Anaitz Arbilla.

Suarez chipped the penalty coolly down the middle.

"He takes responsibility," said Diego Simeone. "He never leaves the game, he always plays with that intelligence that he has. He is extraordinary. We're glad he is with us."

Atletico were the victims of an upset in the Copa del Rey a fortnight ago when they lost to third-tier side Cornella, whose spirited run came to an end at the hands of Barcelona on Thursday.

Atletico's defeat by Cornella could have jolted their momentum. Instead they have responded with two wins in the league, against Sevilla and now Eibar, who stay 15th.