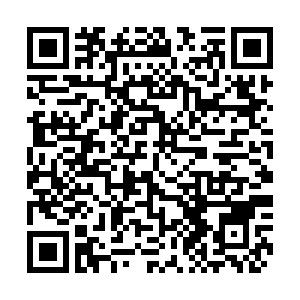 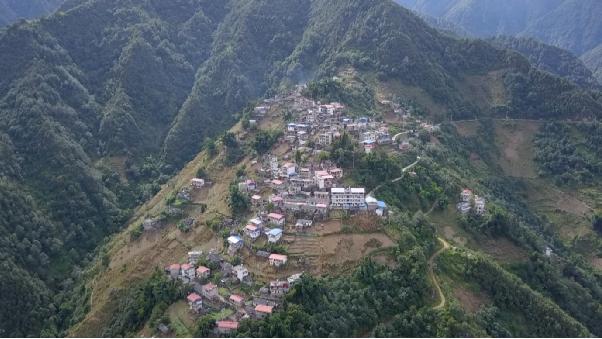 Over the past eight years, China has lifted its rural poor population out of extreme poverty. Nujiang Lisu Autonomous Prefecture in southwest China's Yunnan Province used to be one of China's most impoverished areas. But through persistence and determination, the people in the prefecture have come up with new ideas to improve their lot.

Since 2016, our filming team has been traveling to Yunnan's Nujiang to report on its progress. In each visit, we spent weeks staying with locals, witnessing their struggle to increase family income, and shore up their livelihoods.

In November 2020, the prefecture declared a final victory over extreme poverty. It's a feat that has never happened in the locals' recorded history. What impressed me most among their solutions was a mass relocation program of some 100,000 people. 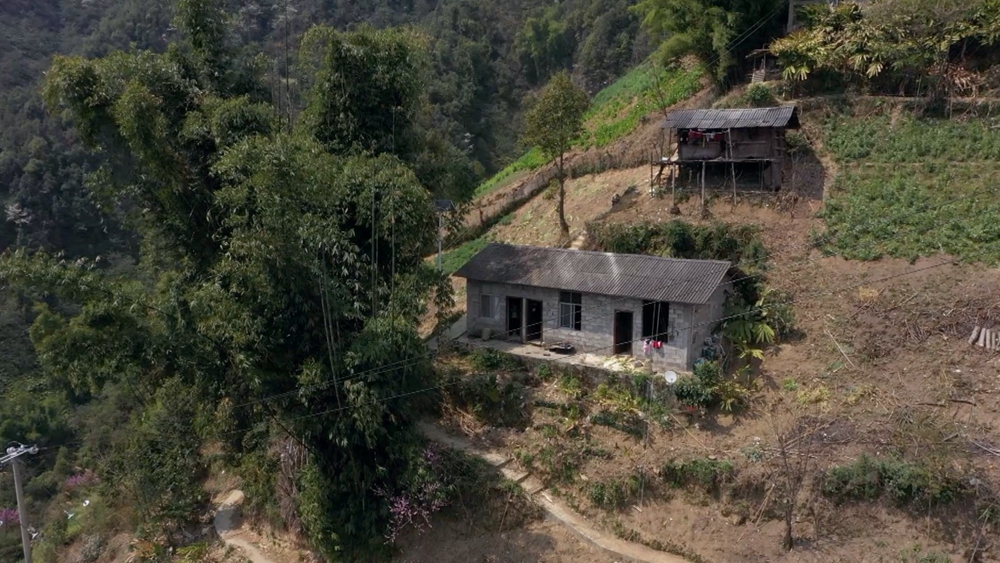 Ci Asheng's family lived inside this farmhouse for around two decades before they were relocated to nearby town in March, 2020. /CGTN

Ci Asheng's family lived inside this farmhouse for around two decades before they were relocated to nearby town in March, 2020. /CGTN

Stuck inside the great canyon of Nujiang River, most of the locals live on far-flung mountain slopes. As a result, villagers have limited arable land but frequent natural disasters. Local authorities rolled out a mass relocation program which allowed mountain dwellers to leave their shanty houses and settle down in nearby towns with well-equipped amenities.

We climbed up along a winding mountain road and visited a local man's home at Shangpa of Fugong County. The man, named Ci Asheng, was packing things up together with his wife, and they were about to move into an apartment in a new residential complex just miles apart. The condo is provided free of any charge for those lived below the poverty line.

When we were there in March, 2020, the first group of 7,000 people in Fugong had moved into new homes. As is turned out that in all of Nujiang prefecture, some 100,000 people had been relocated by the year's end. "We used to live in a shabby house on the mountains. But things have improved a lot in this new place. We like the whole design, and we like our new home," Ci Asheng told us in an interview.

Fugong's Party Chief, Mr. Yang Yongzhu, explained to us the philosophy behind the relocation program. Yang said that "The ecological systems of these mountains are fragile, and the areas are prone to geological disasters. By relocating, people have better access to services like water, electricity and roads. It will stop the root causes of their poverty."

Yang added that since most of them use firewood to cook, relocating them to towns will also protect the environment.

Relocation is much simpler in itself, but how to ensure a steady family income for all sounds a bit more challenging. Most of local community offer training programs like cooking, bamboo weaving and motorbike repairs to help people with job opportunities.

We paid a visit to a baseball manufacturing workshop. It's a joint program brokered by Zhuhai City in southern China's Guangdong Province. Since the city is more developed in overall growth, it's been paired with Nujiang to help it fend off poverty.

The majority of workers there are women, who, after getting structured training, adroitly stitched together different components of baseballs. Yu Liying used to work in coastal cities years before. She told us that "We earn about $6 a day, $150 a month. For me, this income is a bit low, but it's acceptable for the elders and mothers who have children to take care of." 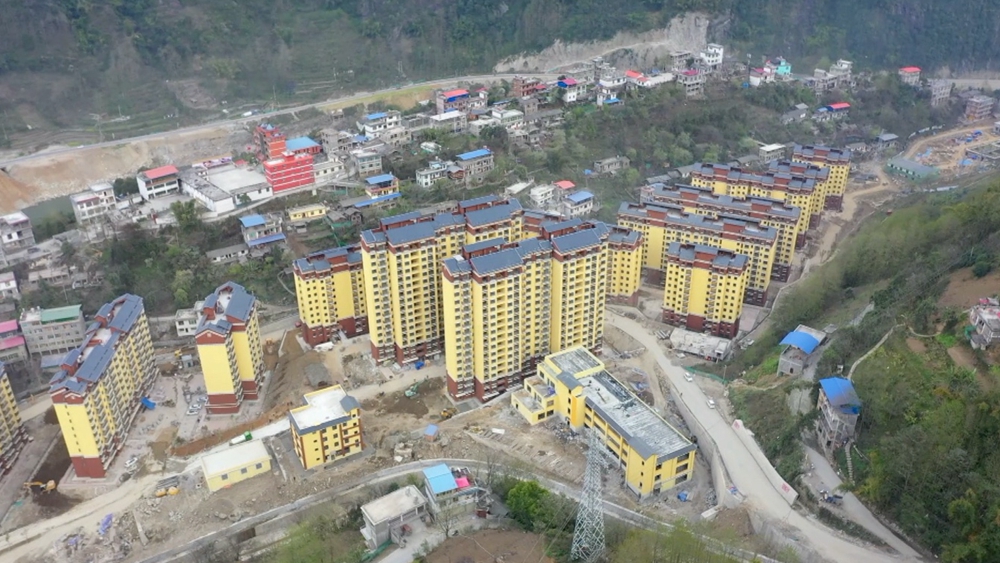 An aerial view of a residential complex for relocated mountain dwellers in Fugong County of southwest China's Yunnan Province. /CGTN

An aerial view of a residential complex for relocated mountain dwellers in Fugong County of southwest China's Yunnan Province. /CGTN

On the education front, the residents in Nujiang pool resources to close the gap between rural-urban schools. The program involves scores of prestigious universities across the country.

Wang Haocheng is one of the dozens of volunteers sent by Renmin University of China in Beijing, to teach at Lanping Minzu Middle School. It's part of the university's long-term program to help locals combat poverty.

Wang explained to us in an interview that "by working as a volunteer in this impoverished county of Yunnan, I can help the students open their eyes, and inspire them to grow up, and embrace a better future."

Song Biao, a professor of law from the same university, came to Lanping four years ago. He is working as deputy county chief, applying his expertise to poverty alleviation. "We not only help them improve basic education, but also train the local officials. It's a systematic kind of educational support. With our assistance, basic education has greatly improved, especially in terms of teaching concepts and methods," Song said.

Among the various support, the university has donated materials like computers and books to local schools. It has also helped bring in funds of $1.5 million, and train nearly 2,000 management staff and professionals.

Ms. Jin Nuo, Party Chief of Renmin University of China, said that "Poverty alleviation requires a change of attitude. If we want sustainable development, if we want to consolidate the achievements, we need to continue to focus on education, and leverage the strengths of our university."

She added that we must have a permanent mechanism in place, so that we can contribute to the battle against poverty, and contribute to consolidating the achievements of poverty alleviation.

Since 2012, China's education authorities have mobilized over 70 prestigious universities to join the fight against poverty. Along with efforts from across the country, the program offers a possible solution to breaking the cycle of extreme poverty. 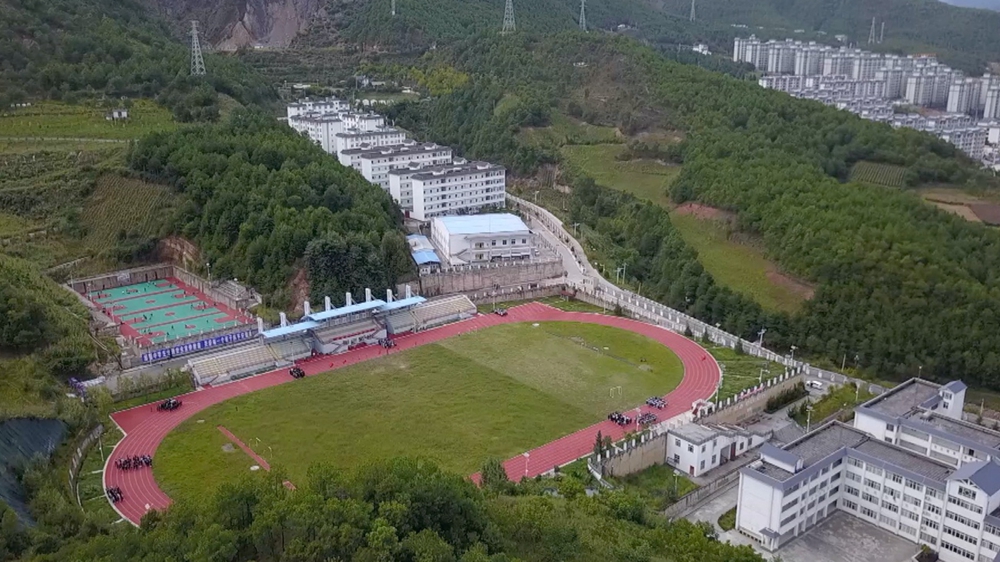 We also made our way into Dulongjiang of Nujiang's Gongshan County, where the Derung people live. We were there for the first time in August 2016.

In a recent trip, we revisited Meng Xinwen's family in Maku Village on China-Myanmar border. When asked what the changes of life are, Meng said: "With government's support, I was able to build a new kitchen and a new bathroom. I've bought machines to help remove the grass on my caoguo fields. And with the newly renovated road, it's much easier to travel around."

When we visited the family in 2016, they suffered from poverty. They cultivated two hectares of caoguo, or red cardamom, earning around $300 a year. Now, as a result of a rise in production levels, the family earns five times more. And their per capita annual income has risen from less than $400 to $1,600.

The Derung family was happy about this improvement. "The income from selling caoguo allows me to provide better education for my three children. It also helps me get better products for my daily necessities. It will be the most crucial part of my family income even in the future," said Meng.

The cash crop is part of a local strategy to counter poverty and restore the region's biodiversity. For generations, the Derung people adhered to a hunting and slash-and-burn agriculture. And illegal logging in the 1980s made things worse. But over the years, the forest cover has increased to over 93 percent. Instead of destroying forests and wildlife, they have now turned to a business model that's compatible with local ecology. 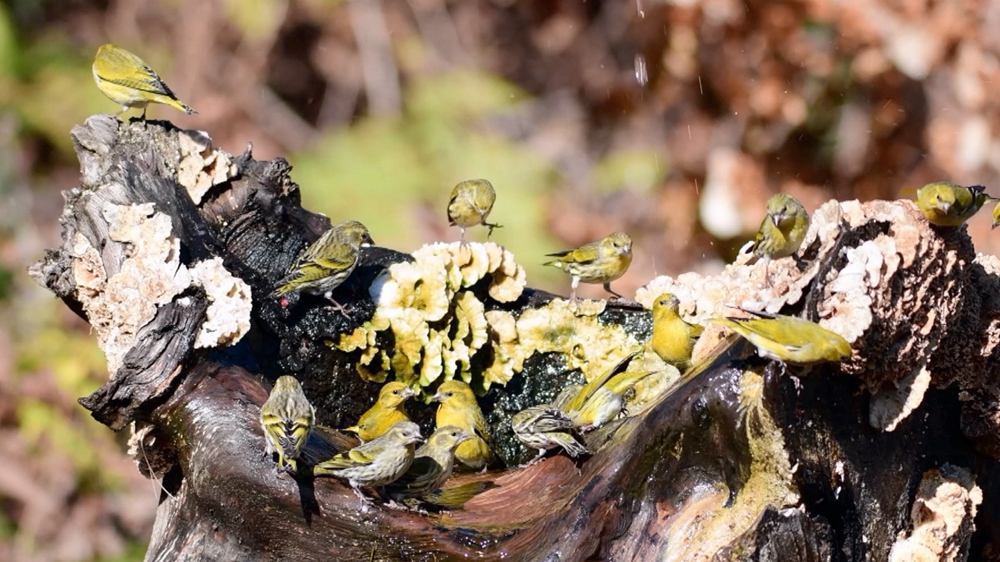 A swarm of wild birds perch inside a water sink, which is designed to attract more and help foster a bird-watching business in Nujiang. /CGTN

A swarm of wild birds perch inside a water sink, which is designed to attract more and help foster a bird-watching business in Nujiang. /CGTN

To shake off extreme poverty, some locals have turned to its rich mountain resources, and launched an eco-tourism venture. Over the years, it has brought sustainable income for local villagers, and contributed to the protection of local biodiversity.

The Gaoligong Mountains in Nujiang is a sanctuary for wild birds. Each morning, resident Hu Guiyu would come to a bird-watching location to feed the wild species. It's one of the 15 secret locations in Sanhe Village for photographers to watch and film birds.

Since the business started in 2018, Hu has earned a lot from it. Hu charges each visitor around $9 for a whole-day's filming. He also earns extra income by providing catering and logistical services. And he's planning to upgrade this venue and attract more visitors.

Zhang Chaojiang, a member of the poverty alleviation work team, is the person behind this business model.

He told us that "Before I came here, locals used to kill birds with slingshots and cook them. Then in 2018, I started this bird watching workshop to help combat poverty. It's involved 45 local families. They make money from Mother Nature, by providing filming locations."

Hu's home is just 100 meters away from the bird watching site. The family of four, including his wife and two children, was lifted out of poverty in 2014.

"Though my family got out of poverty, we continue to enjoy favorable policies by the government. They gave us chickens, sheep, and subsidies for building the new house. And my two children enjoy free education at school. My life has become much easier now," he explained to us in a cheerful way.

This is the story of Nujiang, an upbeat one that may inspire many others - both in China and beyond - to win the battle against poverty. It's also a story of my team's efforts in documenting a dynamic China where even in the remotest corner, people are striving to make their dreams come true.